LINCOLN — A Lancaster County judge on Friday sentenced a Miami trucker to 90 days of house arrest and two years of probation for the Sept. 4 crash that killed a La Vista father and son on their way to Nebraska football’s season home opener.

Judge Timothy Phillips’ sentence means that Yorkwind Crawford, 50, will spend just two days in a Nebraska jail for the deaths of Mark Kaipust, 41, a Creighton University professor, and his 7-year-old son, Taylor. Crawford served those two days before he was charged in the crash.

Addressing the judge, attorneys in Lancaster County Attorney Patrick Condon’s office did not specify that they wanted jail time as part of Crawford’s sentence on two counts of misdemeanor motor vehicle homicide.

Deputy County Attorney Ryan Decker, who took over the case for a prosecutor on maternity leave, had urged the judge to order Crawford to serve at least two stints of community service in Nebraska, where “this tragedy occurred.”

In December, Condon reduced Crawford’s charges from felony to misdemeanor motor vehicle homicide, saying he couldn’t prove that Crawford drove recklessly, as required for a felony conviction. Instead of facing three years in prison on each felony count, Crawford could have received probation or one year in jail on each misdemeanor count.

Those didn’t really apply in this case, he said, because “there was no intent.”

“Nothing this court does, or doesn’t do, will bring back Mark and Taylor,” Phillips said. “The court has to look at justifications for punishment. Of course there’s retribution — eye for an eye. And that would be justification in this case if intent was involved. It wasn’t.”

Mark Kaipust’s parents attended the hearing but declined to comment outside court. A relative told The World-Herald “I would hope” people would be outraged by the sentence.

Kaipust’s best friend, Matt Skradski, said the sentencing was another gut punch in a case full of them. Skradski had decried prosecutors’ decision to reduce the charges from felony to misdemeanor, noting the increased responsibility that truckers have with vehicles that can cause so much damage.

Just the other day, Skradski said, he drove past the cemetery where Mark and Taylor are buried. A moment of dread hit him as he looked ahead to Friday’s sentencing.

It was worse than he feared.

“I think house arrest is borderline absurd and insane and just pathetic,” said Skradski, an Omaha police officer who was best friends with Kaipust for more than two decades. “It’s just insulting to anyone who knew Mark or Taylor. It’s like being stabbed in the heart by the justice system.”

Omaha attorney Eric Chandler has filed a lawsuit against Crawford and his former employer, Critical Supply Solutions, on behalf of Jamie Kaipust, Mark’s widow. Chandler declined to comment outside court.

Phillips noted that Crawford had no record, wasn’t speeding, wasn’t using his phone while driving and wasn’t under the influence of drugs or alcohol.

An in-cab camera showed two primary offenses: looking out his semitrailer truck’s passenger-side window for three seconds and not recognizing that a line of cars had slowed to a crawl, going anywhere from 5 to 20 mph. Driving the speed limit of 65 mph and staring out his window — perhaps checking a side mirror — Crawford turned back to find that traffic on Interstate 80 had slowed as Kaipust and other drivers waited to exit onto I-180 to Memorial Stadium.

Crawford’s semi ran over Kaipust’s Chevy Colorado pickup truck, crushing it and causing the pickup to burst into flames. The semi then hit six other cars, injuring several other motorists, before coming to a rest about a mile from the original impact.

Five miles before, a digital sign on Interstate 80 had warned other drivers and Crawford, who was on his way to California, of possible heavy game day traffic ahead.

“It’s the results in this case that make it disastrous and tragic,” Phillips said. “Accidents like these should give everyone pause to think about their own driving behaviors. You can look away for just a few seconds. Those few seconds can have life-changing results. We all need to be cognizant of that.”

Decker, the prosecutor, noted that Kaipust volunteered as a basketball and baseball coach in Gross Catholic High School’s Junior Cougars program in addition to his work as a professor of occupational therapy at Creighton University. Taylor, meanwhile, “brightened up a room with his smile, loved knock-knock jokes and spending time in the summer with family at Mahoney State Park.” Jamie Kaipust is left to care for the couple’s two surviving sons, Kayden and Isaiah.

Crawford, who has children, told the judge he regrets the crash every day.

“I, um, know the fact that I caused a great deal of pain to the (Kaipust) family and to myself,” Crawford said. “And I’m extremely sorry for the situation I caused that day.”

Crawford will be allowed to serve his house arrest in Miami and will be permitted to leave only for medical appointments or work. He no longer drives a truck.

His attorney, Jim McGough of Omaha, said he has withdrawn from friends and now lives essentially a hermit’s life.

“When Mr. Crawford woke up that morning, he did not intend to commit a crime. He didn’t intend to harm anybody,” McGough said. “He does feel it, think about it, dwell on it and is extremely remorseful about it today.”

In the meantime, Jamie Kaipust has filed a wrongful death lawsuit on behalf of her husband and son. The lawsuit alleges that Crawford was negligent as he drove for Critical Supply Solutions, a Florida-based division of Truckers Nationwide Inc.

“Crawford crashed the CSS tractor he was operating into the rear of Mark’s pickup truck at an extremely high rate of speed,” the lawsuit says. “The force from impact caused significant damage and resulted in the Kaipust vehicle bursting into flames; the force also resulted in the deaths of Mark and Taylor.”

The lawsuit says Crawford violated several laws in his driving that day — speeding, careless driving, reckless driving — and neglected his duty to be safe. McGough has denied that Crawford’s driving was reckless.

The suit also alleges that Critical Supply was negligent in its hiring and training of Crawford.

Chandler also alleged that Critical Supply required “drivers to meet unrealistic driving goals, which CSS knew … or should have known would cause its drivers to violate the hours-of-(driving) regulations and/or push vehicles with mechanical problems past the point they should have stopped driving.”

Other crashes involving truck drivers have netted similar sentences. A Florida truck driver, Tony A. Weekly Jr., was sentenced to 180 days in jail and two years’ probation for misdemeanor motor vehicle homicide for a July 2016 crash on Interstate 80 west of Ogallala that killed six people, including a family of missionaries from Minnesota.

At the sentencing Friday, Phillips read from a letter Crawford sent in which the Miami man described his morning before the crash.

“On the morning of Sept. 4, I prepared myself and semi (for the drive to California),” he wrote. “I whispered a word of prayer … for a safe and productive day.

“I’m forever changed by the sequence of events and the lost lives. I understand the void of Mark and Taylor will never be filled … This has left me weakened and heartbroken. Please accept my deep and sincere apology.”

Skradski spoke at the funeral for Mark and Taylor, with more than 1,000 people in attendance. Dozens of others — many of them Kaipust’s former students — watched via videoconference from locales as remote as Alaska, Hawaii and Europe.

“I don’t want to overdo the effect Mark had; he did so much and he was just getting started,” Skradski said. “I said it at the funeral, we were best friends but he made everyone feel like you were a best friend. That’s what I try to remember.”

Skradski said he disagreed with the judge’s conclusion that any sentence would not serve as a deterrent. Maybe truckers would pay closer attention if they paid a higher price for not doing so, he said.

“I’m not out for retribution — I was expecting the middle, even though the max sentence (one year) was low to begin with,” Skradski said. “When you’re driving a giant machine down a highway, and now two people are dead, there has to be a greater consequence. Even if there was no malicious intent.”

Psychologists will go to the Tecumseh State Prison to evaluate Roberto Silva Jr., who was convicted of killing two people and injuring two others in a November 2020 shooting at a Bellevue Sonic. 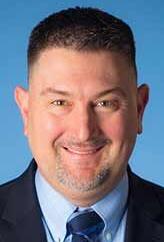 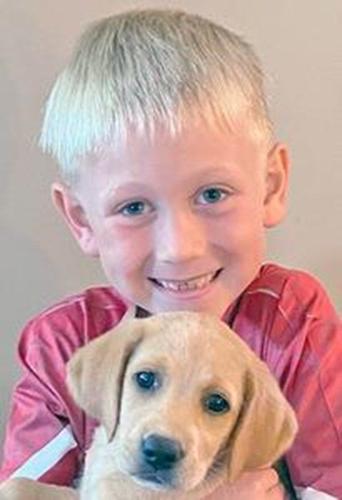