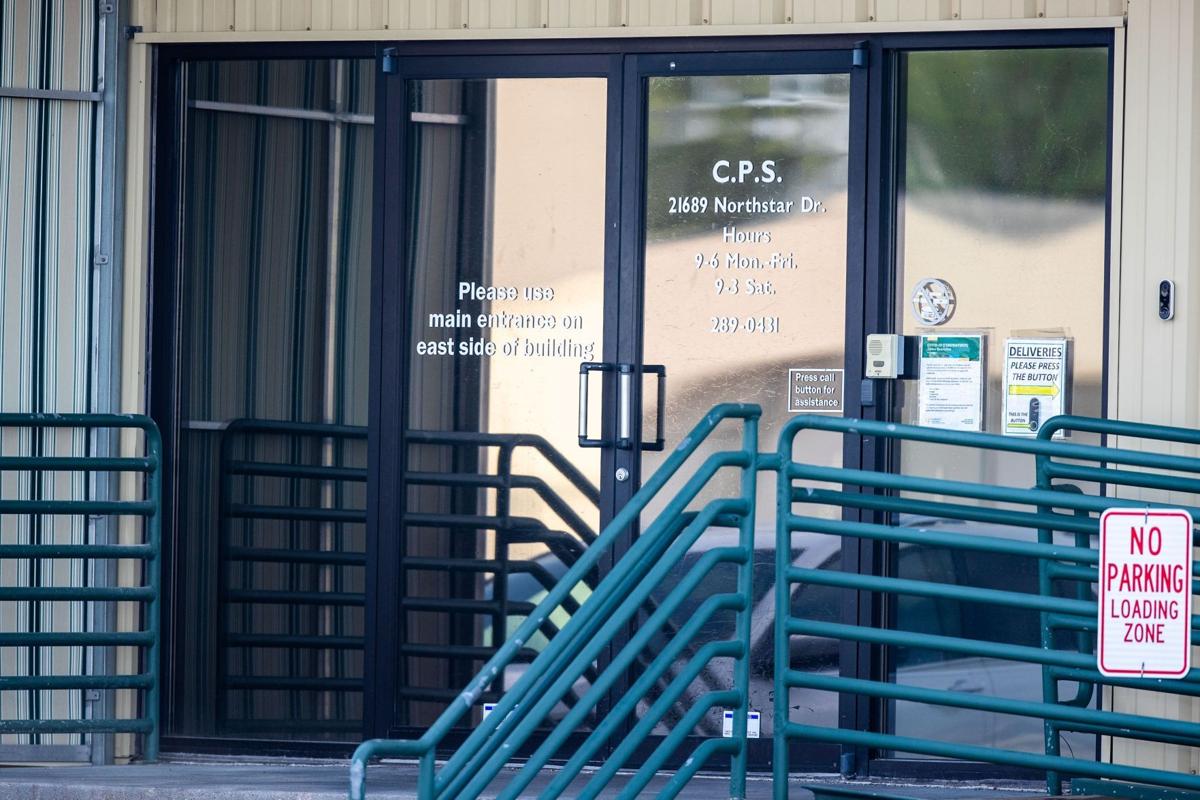 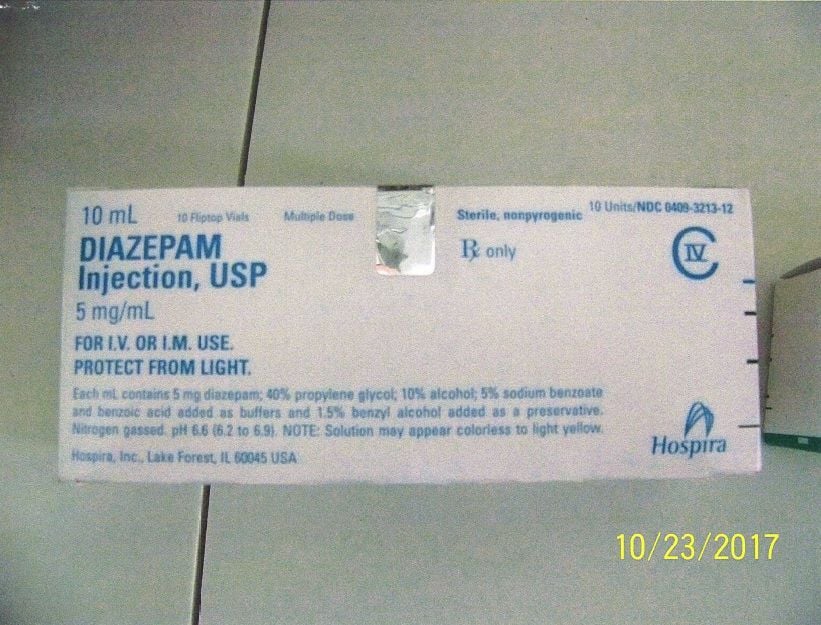 Diazepam, one of the four drugs used in the 2018 execution of Carey Dean Moore. 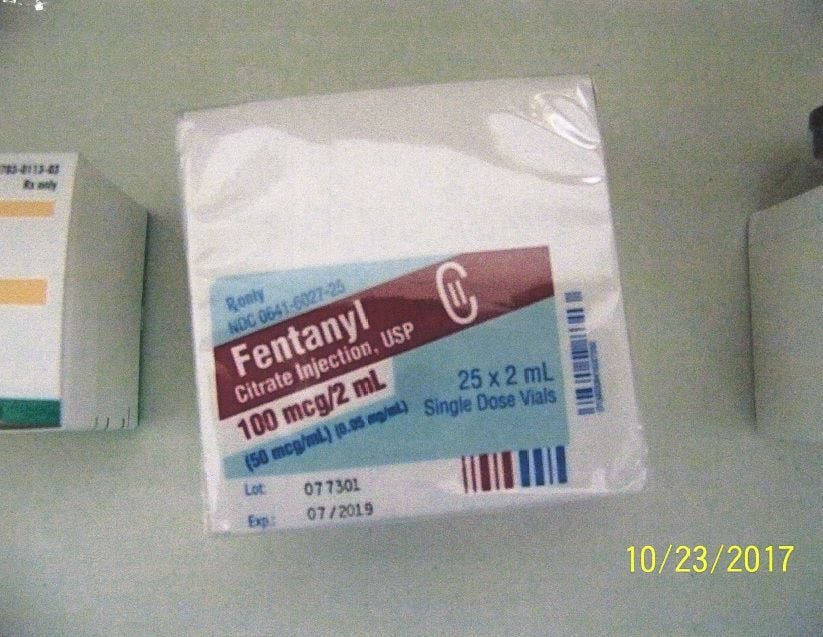 Fentanyl, one of the four drugs used in the 2018 execution of Carey Dean Moore. 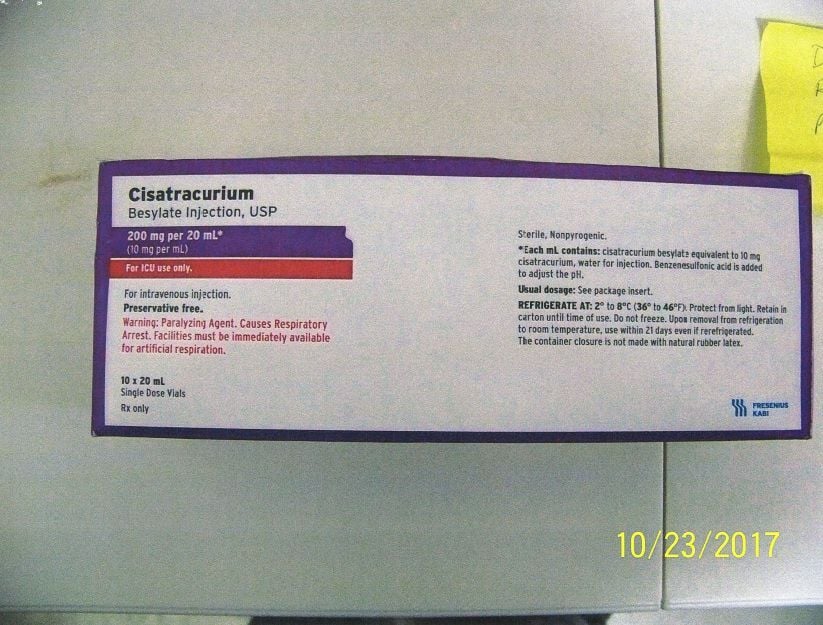 Cistracurium, one of the four drugs used in the 2018 execution of Carey Dean Moore. 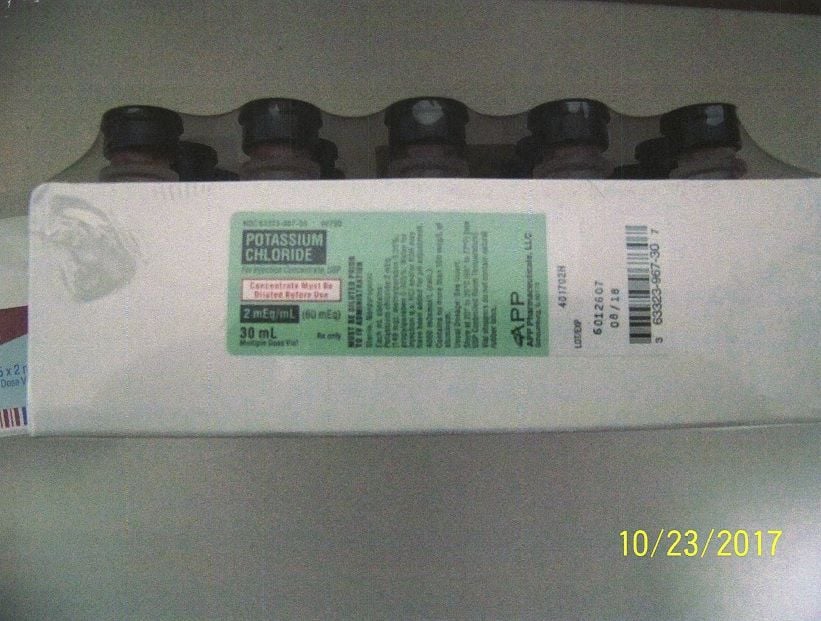 Potassium choloride, one of the four drugs used in the 2018 execution of Carey Dean Moore.

The supplier was revealed in 44 pages of public documents released late Thursday by the Nebraska Department of Corrections after the ACLU of Nebraska, The World-Herald and the Lincoln Journal Star sued for their release.

The owner of the company, Kyle Janssen, issued a statement shortly after the records were released saying that Community Pharmacy Services regretted its decision to sell those drugs and that it has not sold drugs to the Nebraska prison system, or any other correctional department, since.

“I regretted the decision as it does not align with our company’s values to provide the best patient care and customer service to the long-term care industry,” he said.

Janssen, who is a member of the Gretna school board, said the pharmacy was hired to manage pharmacy operations for state corrections facilities from 2016 to 2018. As part of that contract, the state asked the company to legally sell drugs to the department. The company followed all federal Drug Enforcement Administration protocols, and understood the potential use of those drugs, Janssen said.

Nebraska used a novel, four-drug cocktail to execute Moore. Because it was the first time the combination was used in a lethal injection execution, questions were raised about whether the combination would cause undue pain and suffering.

The four drugs used were diazepam (a sedative), fentanyl (a powerful opioid painkiller), cisatracurium (a paralyzing drug intended to stop the inmate’s breathing) and potassium chloride (a drug that causes a heart attack in high doses). That four-drug combination has not been used by any state since, according to Robert Dunham of the Death Penalty Information Center based in Washington, D.C.

At least one of the drugs, potassium chloride, was set to expire the month that Moore was put to death.

The records indicated that a fifth drug was also obtained: hydromophone, a potent painkiller sold under the brand name Dilaudid. But Dunham speculated that Nebraska officials declined to use it after the drug was one of two used in a botched execution in Arizona.

The documents didn’t make clear how much the state paid Community Pharmacy for the drugs, though it appears that the amount was about $10,500.

In a fall 2017 email, Tyler Johnson, director of operations at Community Pharmacy, said the Gretna business would charge the state $8,000 for the four drugs but would discount that to $5,000 if Community Pharmacy became the contracted pharmacy for the Nebraska Department of Corrections.

The records released Thursday indicated that the drugs were tested for purity by the State Crime Lab, a Nebraska Department of Agriculture lab in Yutan — a lab that normally tests fertilizer — and a private lab in Minnesota.

The manufacturer of the cisatracurium used in the execution, Frensenius Kabi, a German company, had sued the state unsuccessfully to block the use of its drugs in the execution, saying they had not been obtained by an authorized representative.

U.S. District Judge Richard Kopf dismissed the lawsuit, saying he would not frustrate the will of Nebraska voters, 61% of whom voted to overturn a legislative repeal of capital punishment in 2016.

On its website, Community Pharmacy describes itself as an “independently owned,” “different kind of (long-term care) pharmacy.”

“Community Pharmacy was started in 2007 when two forward thinking pharmacists found a need in their community for a long-term-care pharmacy dedicated to doing what was right, taking care of both the residents and the facility,” the website says.

In an email to Dr. Harbans Deol, the Corrections Department medical director, Johnson acknowledged that any work with the state on executions would be a departure from Community Pharmacy’s typical business of providing medications for seniors.

Obtaining drugs to carry out lethal injections has been a roadblock in the U.S. for years, with several pharmaceutical companies blocking the use of their drugs. That, in turn, has raised concerns about the source of the drugs that are being used and their purity and effectiveness.

One of the invoices from Community Pharmacy alluded to the difficulty in obtaining such drugs: “Since most of the products needed are rare in our world, we are going to have to bill for most of all of it. For payment, we could take a cash payment or a check written to CPS.”

In recent months, state officials have indicated that they have not attempted to obtain new lethal injection drugs because there are no executions scheduled in Nebraska.

Moore, who spent 38 years on death row, was condemned for the slayings of two Omaha cabdrivers, Reuel Van Ness and Maynard Helgeland, in 1979.

Danielle Conrad, executive director of the ACLU of Nebraska, said that after years of waiting, the public finally got access to records they were entitled to from the beginning.

“Today is another win for open government and the ACLU was proud to be a part of the effort to shine a bright light on the source of the lethal injection drugs utilized by the State of Nebraska as it rushed to carry out an execution shrouded in secrecy from start to finish,” she said.

Dunham, the national death penalty authority, said every state that continues to use capital punishment is trying to shield the source of its drugs. He said the remorseful statement issued by the Gretna pharmacy was the first such statement by a supplier that he was aware of.

“It would appear that the company sold its values and developed seller’s remorse after cashing the check,” he said.

The Nebraska Supreme Court ruled in May that state officials must release documents revealing where Nebraska got the lethal injection drugs used to execute Moore. The ruling marked a victory for the newspapers and the ACLU, which had sued the Corrections Department for denying their separate public records requests.

The state had argued that the records should be confidential because they could lead to the identification of members of the execution team. Those identities are protected under state law.

But the high court rejected the state’s arguments, saying they “contradict the text of Nebraska’s public records statutes and are adverse to this court’s public records precedent.” It ordered the department to redact confidential portions of the documents, such as the names of execution team members, and release the rest.

The newspapers and the ACLU had filed their open records requests before Moore’s execution and after prison officials announced that they had obtained supplies of four drugs they planned to use for an execution.

The documents at issue include purchase orders, chemical analysis reports, communications with the drug supplier, DEA forms, invoices, inventory logs and a photograph of the packaging in which the drugs arrived.

Her remains were found in a burning outhouse. Her family says manslaughter charges aren't enough.

Kozee Decorah had decided to move from the Winnebago Indian Reservation with her three children to her native Wisconsin. She never made it.

The Nebraska Legislature on Thursday advanced a bill that would ban closing the execution chamber curtain during lethal injection executions. State Sen. Patty Pansing Brooks of Lincoln, who sponsored the proposal, said that when a curtain obscures witnesses from seeing an entire execution, there's no way to tell whether an execution was "botched" or carried out appropriately.

The Nebraska Supreme Court has ruled that the Legislature's 2015 repeal of the death penalty never went into effect because petitions containing 166,000 signatures seeking a state referendum to overturn the repeal were turned in four days before the repeal bill was to become law.

A review of public records found no attempt to obtain replacement drugs, and a state corrections official confirmed that Nebraska lacks the drugs at this time to carry out the death penalty.

The revised forecast would keep the state's budget in the black and allow nearly $90 million for property tax relief and business tax incentives.

Nebraska lawmakers blocked a bill that would require a state plan for dealing with extreme weather and the warming of the planet.

Gov. Pete Rickett's priorities for the Legislature in the final days of the session include property tax relief and updating the state's business incentive program.

"You don't have to like each other, but you have to respect each other," Nebraska's Speaker of the Legislature told lawmakers Friday before sending them home early.

All inmates who tested positive have been moved to a COVID-19 quarantine unit where they are receiving close medical supervision.

You could call it the “Franklin County chainsaw massacre,” a dispute over the wrongful felling of dozens of trees. The Nebraska Supreme Court weighed in on the lawsuit Friday.

Nebraska first lady Susanne Shore on Saturday called on public and private sector leaders in the state to condemn statements made by State Sen. Ernie Chambers about Sen. Julie Slama.

The rally was the latest attempt to draw attention to the struggles of meatpacking workers and press the Nebraska Legislature to help enforce stronger safety measures in plants.

The Nebraska Legislature debated making budget cuts and increasing aid to families before ultimately advancing the budget bills just as they had been put forth.

Among the considerations to be weighed is whether the $100 million-plus project would damage current water users, which include the Village of Hallam, Sheldon Station power plant and several irrigators.

The controversial abortion bill seeks to ban a common second-trimester abortion method, but the sponsor currently lacks the votes to end a filibuster.

A Douglas County district judge sentenced an Elkhorn man to 80 to 110 years in prison after he pleaded no contest to several charges in connection with the repeated sexual assaults of three children.

The Nebraska Supreme Court on Friday affirmed a ruling that had denied Terrance Hale the ability to test DNA evidence gathered in his murder case in the 2013 slaying of Raymond "Bob" Vasholz.

On July 27, 2019, Anthony Dan had been following two women and a man when he rammed into their vehicle and sent his own vehicle careening  into a building on the Metro campus.

The Nebraska Supreme Court found Friday that a convenience store was not liable for an accident in which a customer was struck by a pickup while filling up her car tires with air.

State law calls for prison overcrowding emergency, but parole approvals are down

Figures obtained by The World-Herald indicate that parole approvals have fallen by 29% over the past three years after peaking at 1,454 during the 2015-16 fiscal year.

The Nebraska Supreme Court on Friday partially rejected the appeal of John W. Dalton Jr. of Omaha, who gunned down his parents and 18-year-old niece the day after Christmas in 2017.

Diazepam, one of the four drugs used in the 2018 execution of Carey Dean Moore.

Fentanyl, one of the four drugs used in the 2018 execution of Carey Dean Moore.

Cistracurium, one of the four drugs used in the 2018 execution of Carey Dean Moore.

Potassium choloride, one of the four drugs used in the 2018 execution of Carey Dean Moore.