Edward Guthrie was born during the flu pandemic of 1918, died during the COVID-19 pandemic and lived 102 years in between. His death Thursday marked the end of an era.

The Omaha man was the state’s last known eyewitness to the Dec. 7, 1941, raid of Pearl Harbor.

In 2016, he shared his memories of the attack that killed more than 2,400 Americans and brought the U.S. into World War II.

Guthrie, a 23-year-old electrician’s mate 2nd class, was reading a comic book on the deck of the USS Whitney when the bombing began.

He watched in disbelief as a Japanese pilot in a red scarf passed close enough to wave at him.

“There were torpedo bombers coming down the chute right alongside of us, skimming over the water. They all wore those red scarves,” Guthrie said at a fundraiser for junior ROTC cadets planning a trip to Pearl Harbor. “I could see this pilot, and he waved at me, and I waved back. My shipmates said, ‘What did you do that for?’ I said, ‘As long as (the pilot) was waving, he wasn’t bombing.’”

Guthrie’s ship was a repair vessel berthed next to a line of destroyers and was not damaged in the attack. But he vividly recalled spending the next three days pulling bodies from the oil-soaked waters of the harbor.

“All those white sailor suits and that black oil ... they didn’t mix very well,” he said. “It’s something you don’t forget.”

In those days after the attack, Guthrie found an oily $5 bill floating in the water. He picked up the bill and kept it in his wallet for 45 years before having it laminated and putting it with other mementos.

“All the grandkids wanted me to go,” he said at the time. “This will probably be the last time.”

“He was also a hero to our family,” she said. “If anybody needed anything he was there — always.”

For the duration of the war, Guthrie was reassigned to the USS Banner, and his ship headed for the Asiatic Pacific. In 1946, he witnessed atomic bomb tests in the South Pacific.

Then he returned to Omaha, began a 34-year career with the Omaha Public Power District and met Janet. Together, they raised three kids.

Guthrie was always there to coach his children’s sports teams. He also helped with Boy Scouts and took his children ice skating, sledding, camping and traveling.

“He and my mom both just wanted to make sure we got a lot of experiences,” Murphy said. “I used to think those were things every family did. Now when we look back on it, we see how wonderful it was.”

Janet and Ed were married for 72 years until Janet died of cancer in August.

Murphy said her mom’s death was very difficult on her dad.

“When she passed away, he really missed her a lot, and he didn’t want to be alone,” she said. “I think it brought him peace in the end knowing he would be with her.”

Her dad was healthy up to his last 28 hours, Murphy said.

“He had some memory loss, but he was still active to the end,” she said. “It was kind of a surprise, but in a way, that was good, too. I wouldn’t have wanted him to linger.”

Keeping the memory of Peal Harbor alive was important to Guthrie, who would give talks and presentations when he was able. Now, Murphy hopes to share the story.

An officer in the Nebraska chapter of the Sons and Daughters of Pearl Harbor Survivors, Murphy said, “It’s important to keep the word out so that younger people will understand what happened, why it happened and where our country went from there.”

Guthrie leaves behind a legacy of perseverance and acceptance in the face of adversity.

“He faced so much without complaint,” Murphy said. “Whatever happened he accepted. It was his personality; he was easygoing, gentle and kind.”

A visitation will be held Wednesday from 4 to 6 p.m. at Roeder Mortuary at 2727 N. 108th St. A private family service will be held Thursday. A livestream of the service can be viewed at youtube.com/channel/UCV4QFcS1CP4cn-KPploMj6A.

Memorials can be directed to Lord of Love Lutheran Church at 10405 Fort St.

After the attack, Ed Guthrie spent several days helping to pick up bodies in the waters surrounding the sunken wrecks of Battleship Row.

The veteran from Bennington witnessed the attack on Manila at the outset of World War II. He was wounded just before the fall of Corregidor, endured a "hell ship" journey to Japan, and three years as a POW. 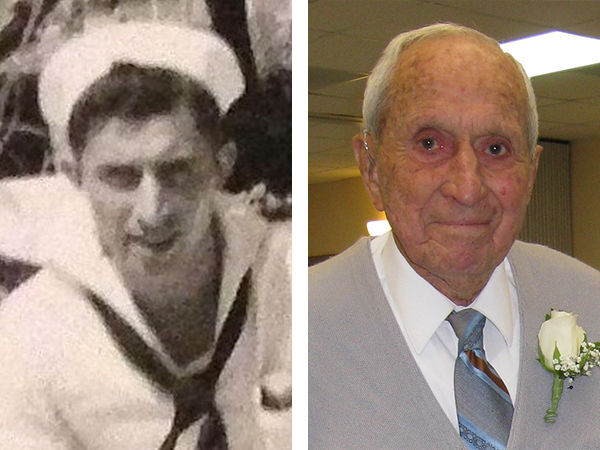 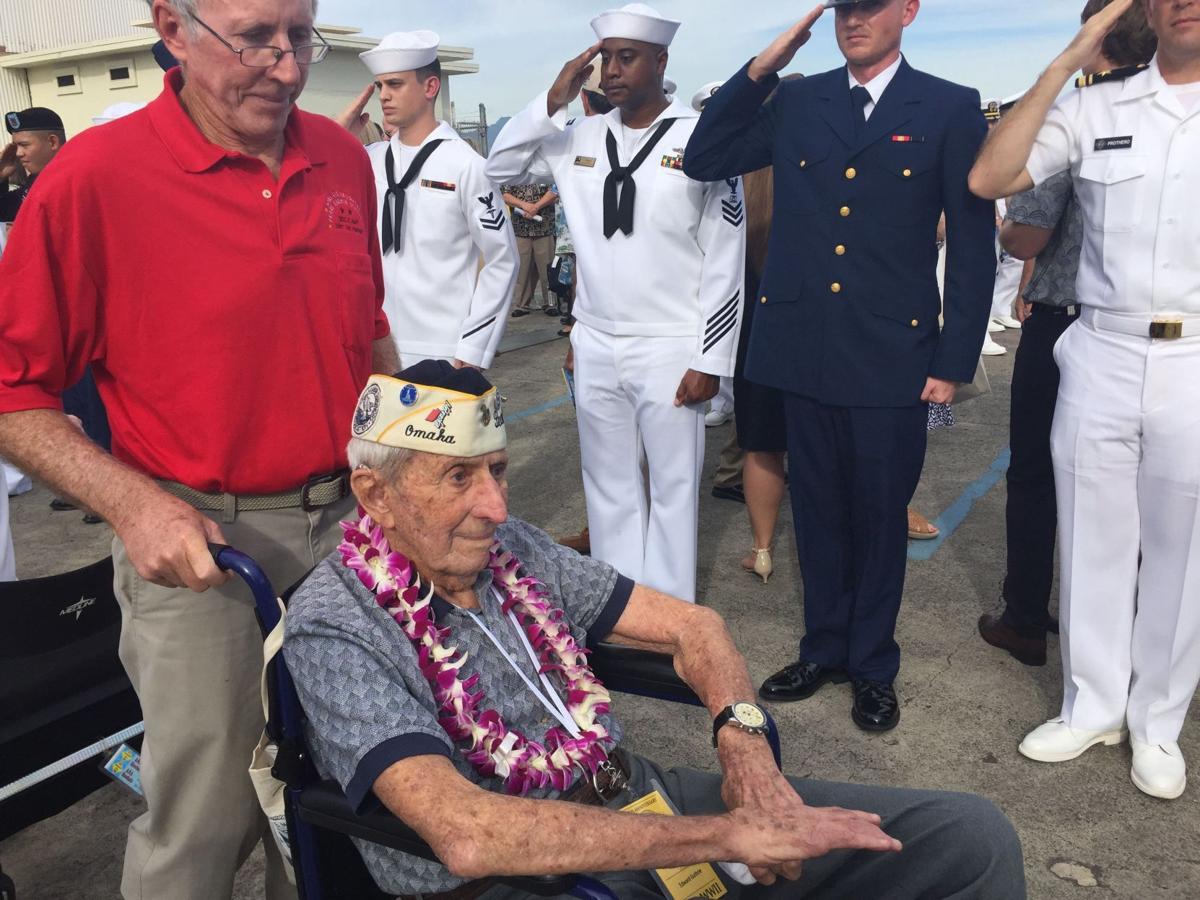 Ed Guthrie at the commemoration of the 75th anniversary of the Pearl Harbor attack in 2016. He, wife Janet and several family members attended. “All the grandkids wanted me to go,” he said at the time. “This will probably be the last time.” He died Thursday at age 102.