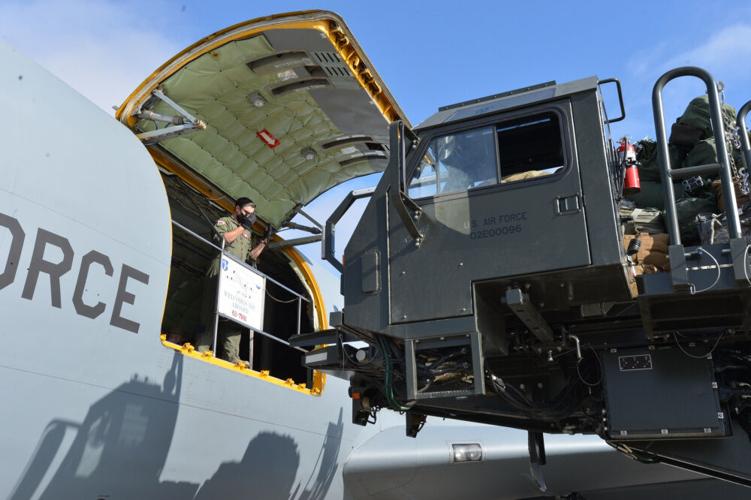 About 300 Nebraska National Guard members will be in Washington for the inauguration. 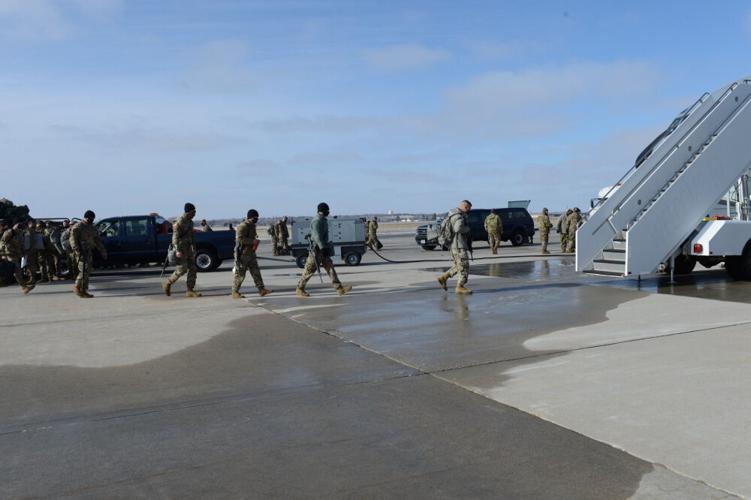 Two hundred seventy Nebraska National Guard members leave Lincoln on Saturday to join the 30 already in Washington to help with the inauguration.

A Nebraska National Guard contingent departed Lincoln on Saturday with 270 personnel who will provide security in Washington for the upcoming presidential inauguration.

In total, about 300 Nebraska Guard members are deploying.

Seventy more troops are going than the 200 approved for deployment earlier in the week. They will join 30 personnel who had already deployed to serve during the inauguration, said Maj. Scott Ingalsbe, a Nebraska Guard spokesman.

Gov. Pete Ricketts and Maj. Gen. Daryl Bohac, the state’s adjutant general, approved the additional men and women because many volunteered for the deployment, Ingalsbe said.

“Gen. Bohac was confident based on the response from our soldiers and airmen who volunteered for the mission that we could provide the additional 70 and still, as always, maintain our ability to respond here in the state if needed,” Ingalsbe said.

The soldiers and airmen departed Lincoln aboard military transport aircraft and will be sworn in by Washington law enforcement before Wednesday’s inauguration.

About 265 soldiers and airmen were mobilized from the Iowa Army and Air National Guard, as well.

Washington Police Chief Robert J. Contee III said Wednesday that at least 20,000 Guard members had been authorized to provide security for the inauguration.

National Guard units from around the country routinely deploy to help with inaugurations. But the number of troops has increased this year after the Jan. 6 attack on the U.S. Capitol by far-right supporters of President Donald Trump. They invaded the building, including the House and Senate chambers, to disrupt the counting of electoral votes and the smooth transfer of power to President-elect Joe Biden, who defeated Trump in November.

“There’s a lot of moving parts on this mission on very short notice,” Ingalsbe said, “but it’s truly impressive how everybody has responded and put together this support to our nation’s capital.”

Law enforcement agencies say there is a "minimal" credible security threat to security at the Nebraska State Capitol in the days leading up to the inauguration of President-elect Joe Biden.

Gov. Pete Ricketts said Tuesday that he won't divulge details of additional security measures tied to protests and that he does not support banning the open carrying of firearms in the Capitol.

Many of the 28 airmen and two soldiers will set up and maintain telecom systems so local law enforcement can communicate with the National Guard troops who are helping them.

Half of the 300 or so Nebraska National Guard troops deployed to Washington landed in Lincoln before 9 p.m. Sunday. Though some who live in the Lincoln area went home, most traveled to Camp Ashland.

Congress has failed to repay the $521 million it owes for Guard security forces in D.C. after the Jan. 6 attack on the U.S. Capitol. Nebraska could lose $3.4 million, says Maj. Gen. Bohac.

For the past six months, about 200 members of the Nebraska National Guard have been playing a pivotal role in what may be the largest remaining U.S. counterterrorism operation in the world.

About 300 Nebraska National Guard members will be in Washington for the inauguration.

Two hundred seventy Nebraska National Guard members leave Lincoln on Saturday to join the 30 already in Washington to help with the inauguration.