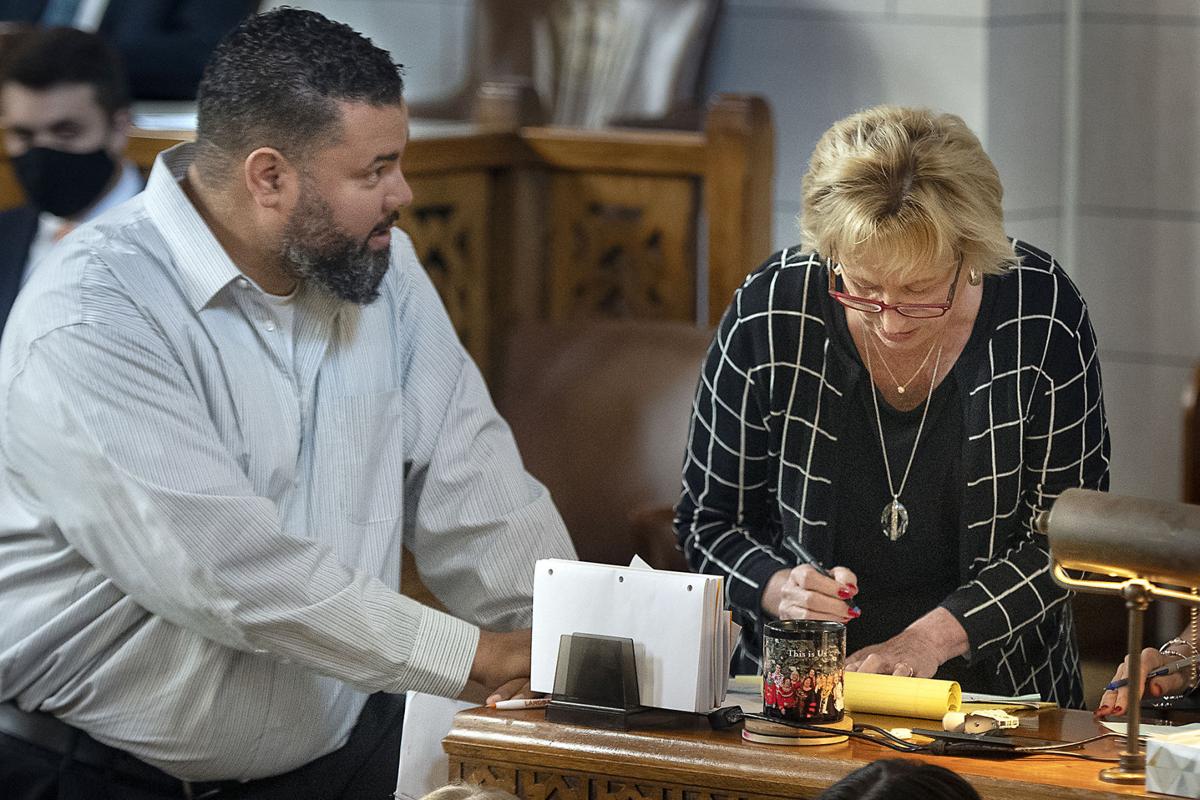 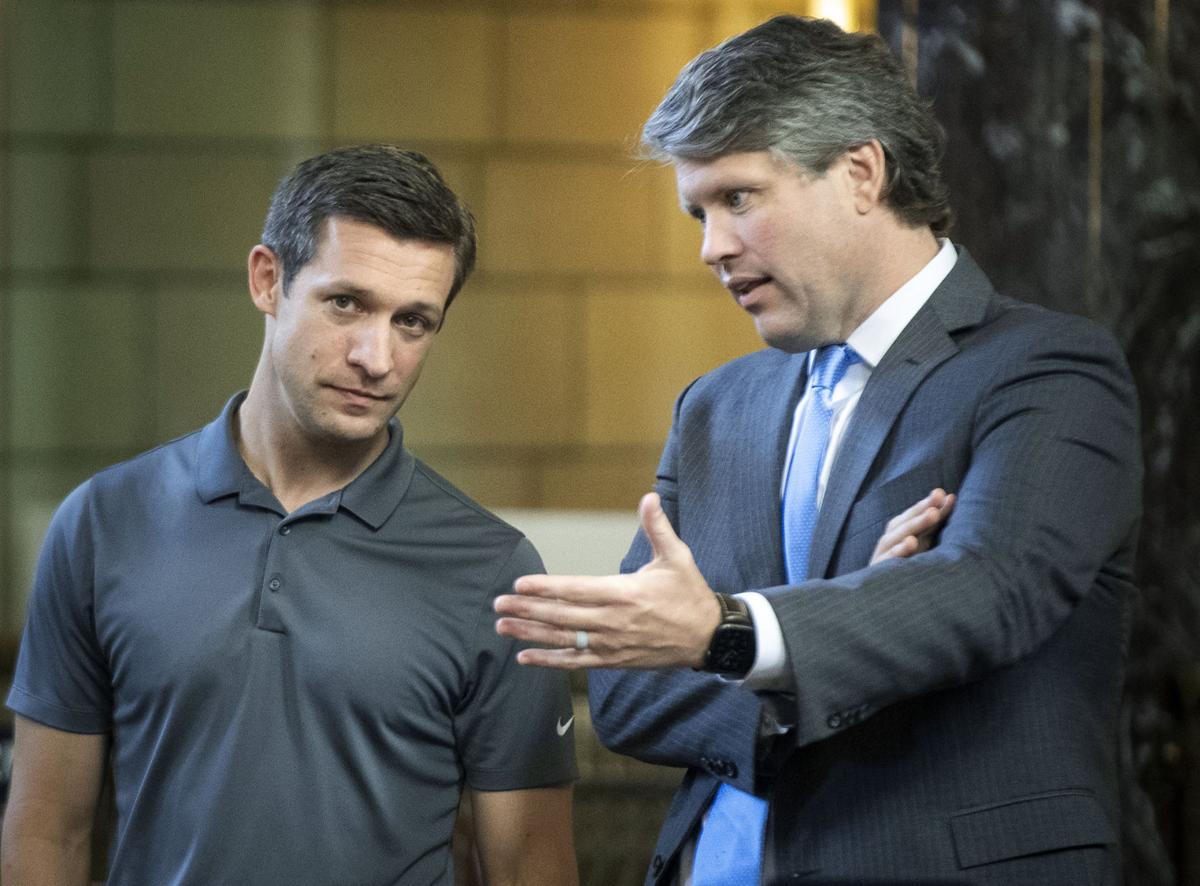 Sen. Adam Morfeld, left, talks with Speaker of the Legislature Mike Hilgers during the first day of the special session on redistricting Monday at the State Capitol.

LINCOLN — Nebraska lawmakers launched a special legislative session on redistricting Monday with a trio of rural senators proposing to increase the size of the State Legislature.

State Sen. Mark Kolterman of Seward, along with Sens. Matt Williams of Gothenburg and John Stinner of Gering, introduced a bill to add one member to the 49-member body. The measure would take the Legislature to the maximum size allowed under the Nebraska Constitution.

Kolterman’s district would be moved into the Omaha metro area under the Republican redistricting plan.

Kolterman said he offered Legislative Bill 12 because he believes lawmakers should look at every option available to them as they work to even out population numbers among legislative districts.

“If enacted, LB 12 would ensure current rural legislative boundaries would remain relatively static, with the major changes occurring in rapidly growing areas where the majority of the changes should be,” he said.

But it remains to be seen whether the Legislature will even consider his bill.

Nebraska's divided Legislature will have to find compromise on redistricting plan

Speaker of the Legislature Mike Hilgers of Lincoln questioned whether it fits within the subjects allowed during the special session. Unlike a regular session, special sessions are limited to the topics contained in the call issued by the governor.

Gov. Pete Ricketts called the current session for the purpose of redrawing district boundaries for Congress, the Legislature, the Public Service Commission, the Supreme Court, the University of Nebraska Board of Regents and the State Board of Education.

Hilgers said Attorney General Doug Peterson has been asked to give an expedited opinion about whether LB 12 would fit within those parameters. As an attorney, Hilgers said he believes the bill does not fit within the call and that, if the Legislature goes ahead with the bill, it could risk a court challenge.

A similar bill was introduced 10 years ago and was considered as part of the redistricting process. However, that process took place during a regular legislative session. Lawmakers are doing redistricting during a special session this year because the pandemic delayed census numbers getting to the states.

Sen. Julie Slama of Sterling raised another concern. She noted that LB 12 has an emergency clause, meaning that if it were passed, it would take effect immediately and would require lawmakers to start over on redrawing districts.

The Legislature’s Redistricting Committee introduced eight bills. They include LB 1 and LB 3, the Republican versions of proposed new congressional and legislative districts. LB 2 and LB 4 represent the Democratic versions of those districts. The other bills cover the remaining political entities.

Four additional bills were introduced as “shell bills,” which could be used to offer alternative redistricting plans. The final measure appropriates money to pay the cost of the special session.

The Legislature's Redistricting Committee decided to put out two redistricting plans for public comment, meaning Nebraskans will have a chance to weigh in on the merits and problems of each at public hearings set for next week.

Sen. Adam Morfeld, left, talks with Speaker of the Legislature Mike Hilgers during the first day of the special session on redistricting Monday at the State Capitol.