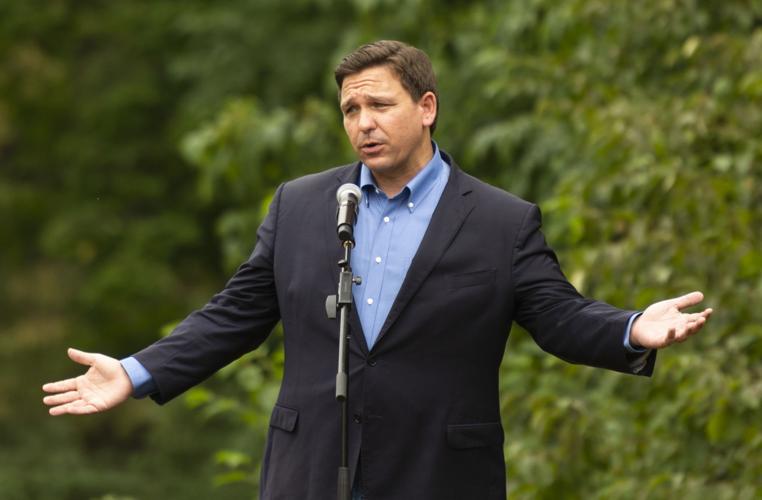 Florida Gov. Ron DeSantis was a crowd favorite at the steak fry. 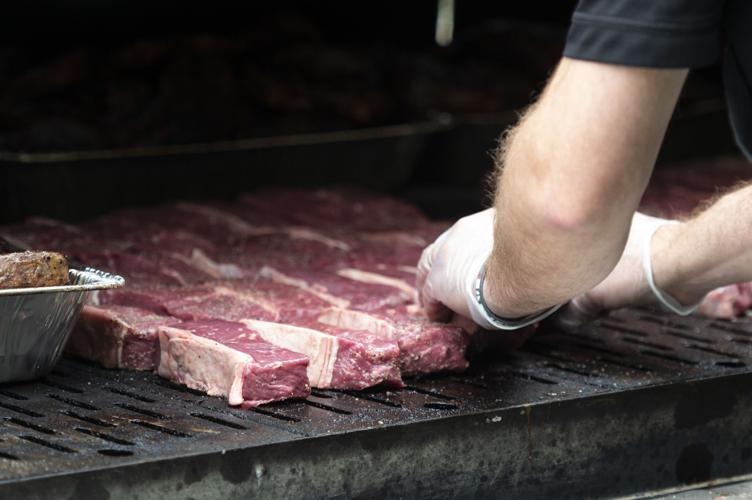 Steaks on the grill at Ricketts’ annual fundraiser. 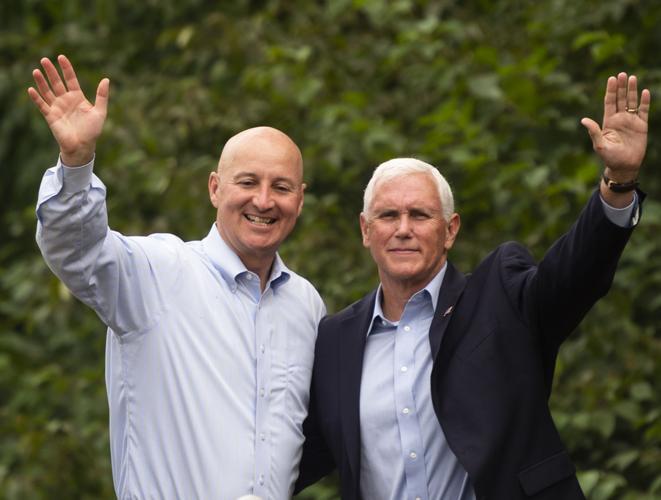 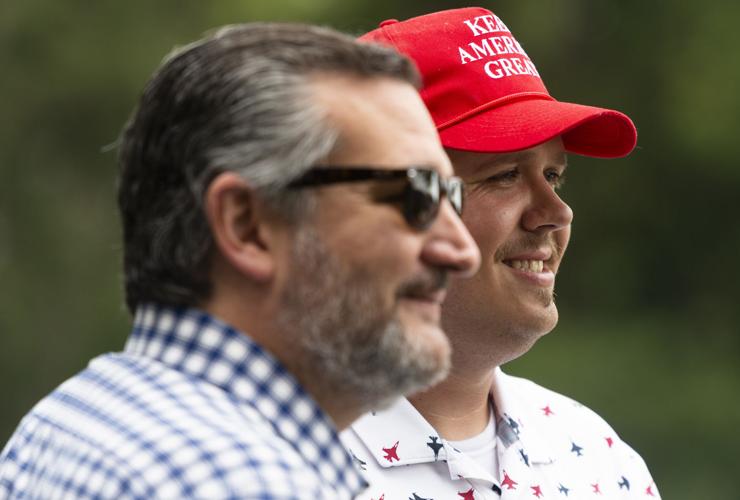 Sen. Ted Cruz poses for a photo with Ryan Mingus at the steak fry.

Whether it was because of the chaotic withdrawal from Afghanistan, the surge of immigrants at the southern border or the mandate that federal employees be vaccinated against COVID-19, the trio said Americans are “waking up” to Biden’s “failed leadership,” and will return Congress and the presidency to Republican control.

“I’ve been patient, but my patience is running thin,” Pence said. “It’s time for Nebraskans to say ‘enough is enough’ and take back the Congress in 2022, and take back America in 2024.”

DeSantis appeared to get the most love from the reporter-estimated crowd of more than 1,400. He drew the largest number of people seeking selfies and handshakes after his speech.

“I like everything he’s doing. He’s not backing down from anything,” said Pat Sharp, a retired high school teacher from Pender, Nebraska.

“He has guts and fortitude,” said Susan Brown, a retired telephone company worker from Omaha.

Former Gov. Kay Orr, one of several key Nebraska Republicans who attended, wouldn’t say who of the three impressed her most. She said she arrived with a preference but after hearing them was less sure.

When asked if their favorite would change if former President Donald Trump got into the race, most people said they would have to wait and see.

“I’d vote for him in a heartbeat,” Brown said.

But Nebraska City Police Chief David Lacy, who attended the event in civilian clothes, said he didn’t think that the former president was best positioned “to reunite the country.”

One of the loudest rounds of applause from the audience of deep-red Nebraskans came when Ricketts told them he has been talking with fellow GOP governors and Nebraska Attorney General Doug Peterson on a strategy to “push back” against “the egregious overreach” of Biden’s vaccine mandate.

“Don’t get me wrong, vaccines work,” Ricketts said. “But hardworking Americans should not have to make a choice between their job and having their personal health care rights violated.”

Other speakers also decried the mandate as violating personal freedoms.

“Big tech” and its control over social media postings was also criticized, as was “woke” culture and the “corporate media.”

Jane Kleeb, the chair of the Nebraska Democratic Party, criticized the governor for “throwing a party” when the state’s intensive care units are almost full because of a resurgence in COVID-19 infections and given that Ricketts has stopped releasing infection data for the entire state.

“Pete Ricketts is becoming an expert on creating super-spreader events that not only spread COVID but reckless rhetoric that creates division across the state,” Kleeb said.

In a press release, Florida Democratic Party Chairman Manny Diaz slammed DeSantis as “irresponsible” for crisscrossing the country after Florida recorded its highest monthly death toll from the coronavirus in August.

Before the steak fry, a group of Democrats stood along an entrance to the park, displaying large pictures of the Republican leaders in clown makeup. As speakers talked, an airplane flew above, towing a banner that criticized GOP leaders for failing to protect Nebraska landowners from eminent domain efforts by a Canadian oil company for the now-canceled Keystone XL pipeline.

But there were also protests against mask mandates, with about a dozen people holding posters and flags along a street as people exited the event. “Stop the Tyranny” and “Let Freedom Ring” were some of the signs.

Nebraskans who have run for president

The only expenses incurred by Nebraska would be travel expenses related to the security detail. The governor is paying personally for his travel.

Five of the most incredible thrift store finds

Little boy runs up to Pope Francis during weekly audience

Little boy runs up to Pope Francis during weekly audience

Florida Gov. Ron DeSantis was a crowd favorite at the steak fry.

Steaks on the grill at Ricketts’ annual fundraiser.

Sen. Ted Cruz poses for a photo with Ryan Mingus at the steak fry.