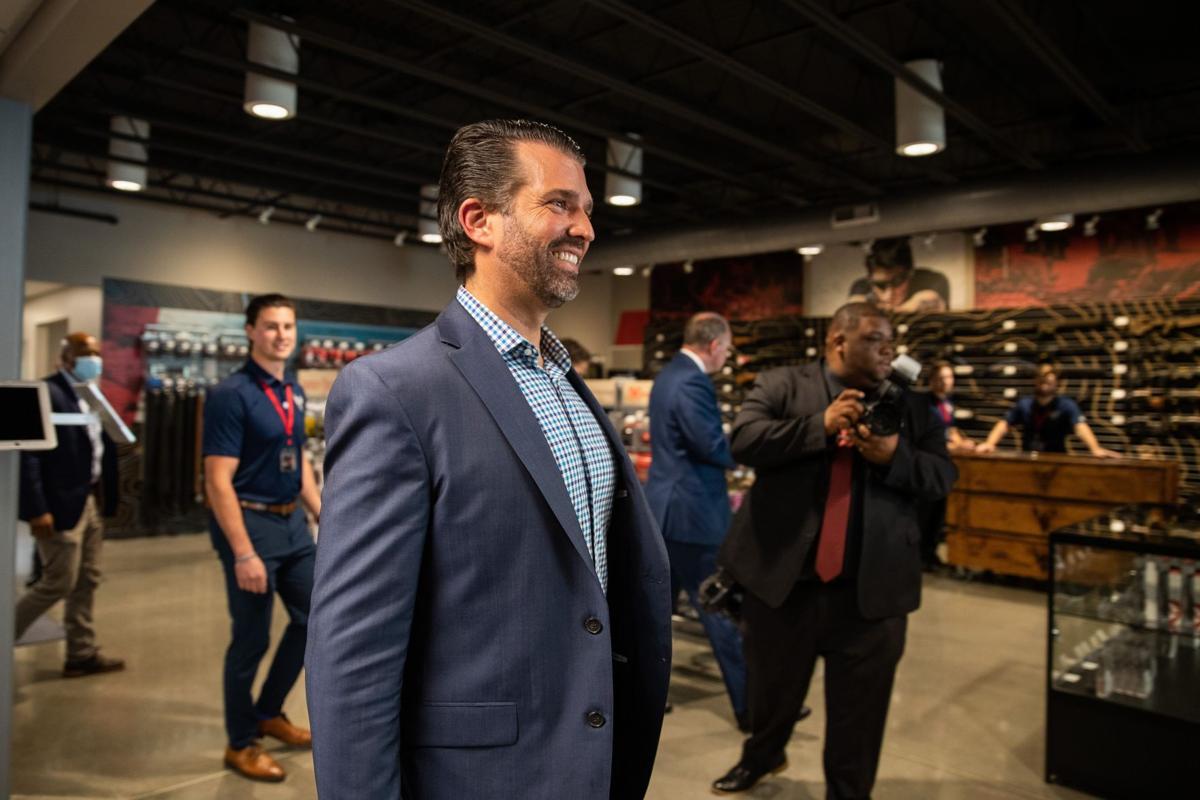 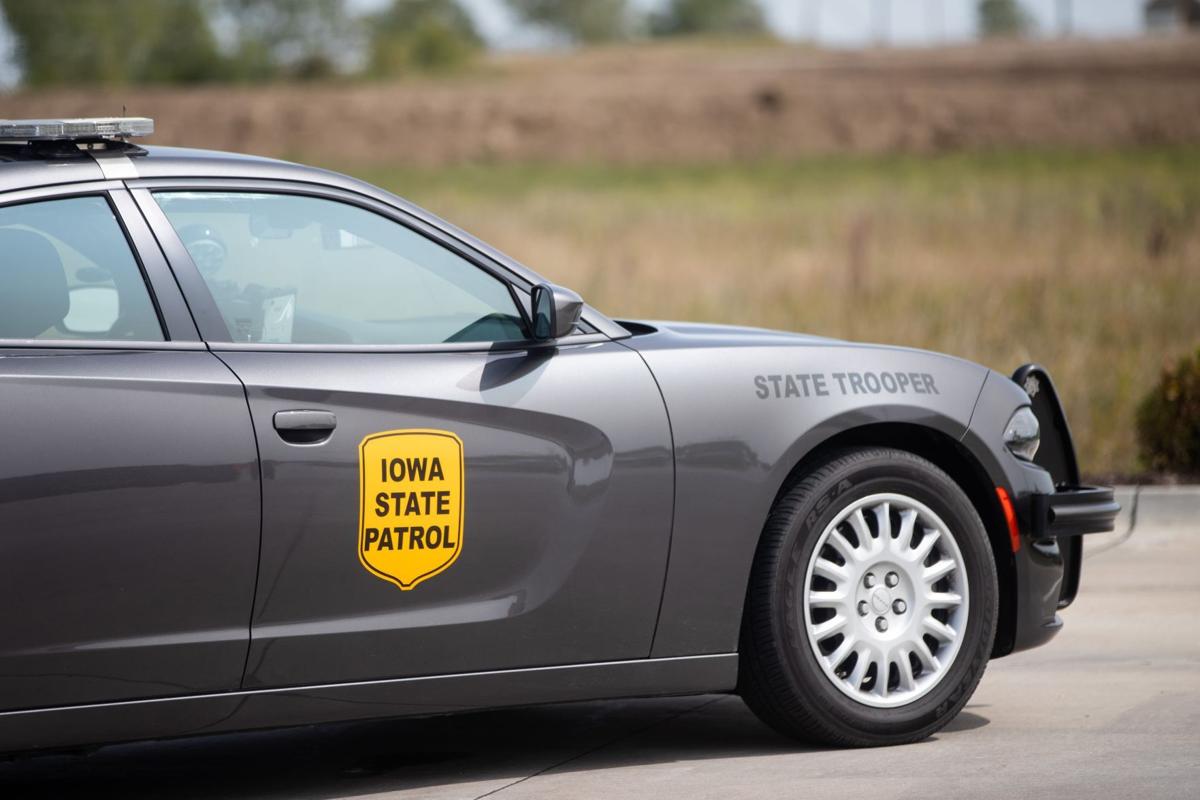 Donald Trump Jr. walks away with a Huskers cap given to him by Gov. Pete Ricketts at 88 Tactical in Omaha 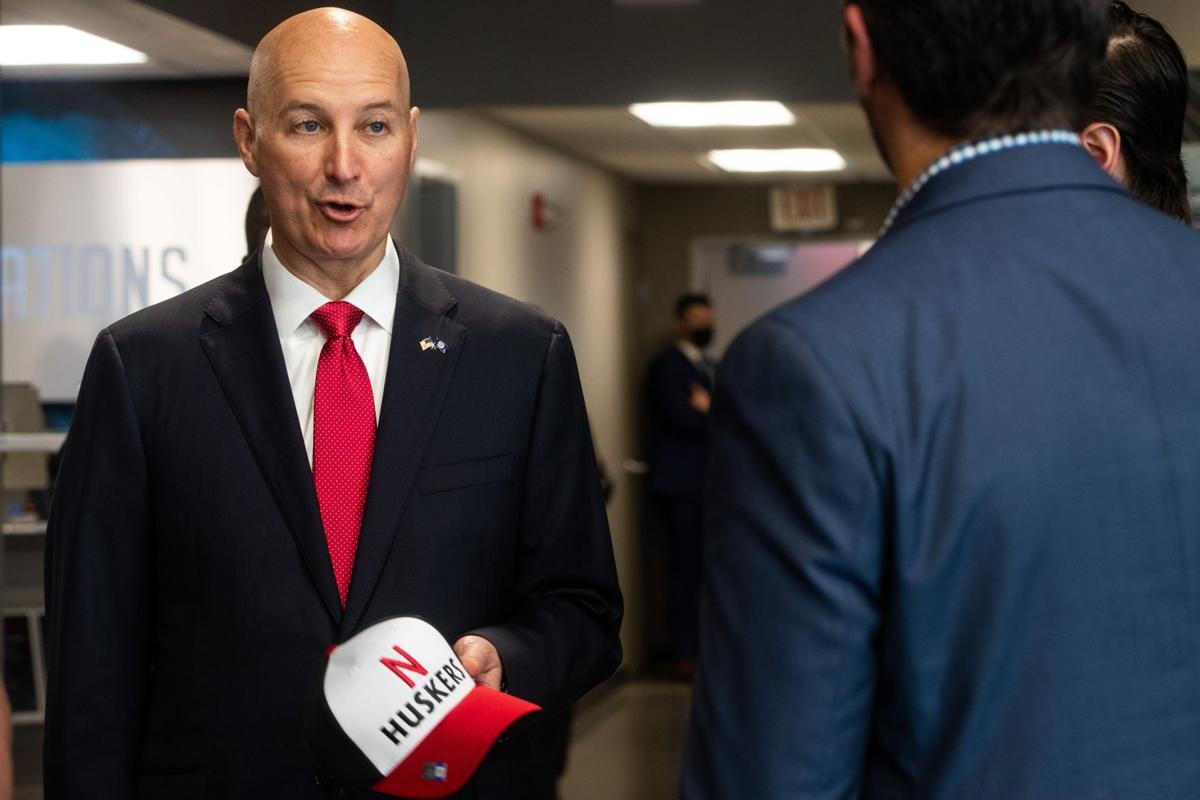 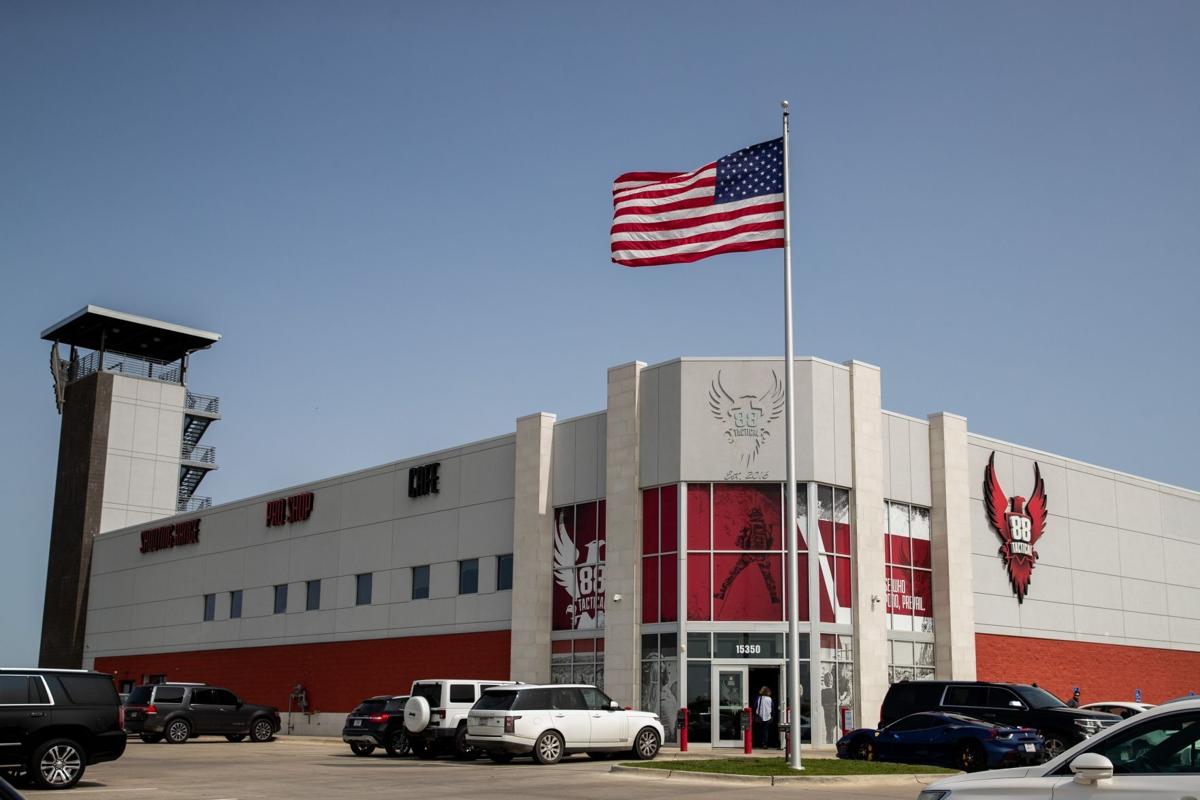 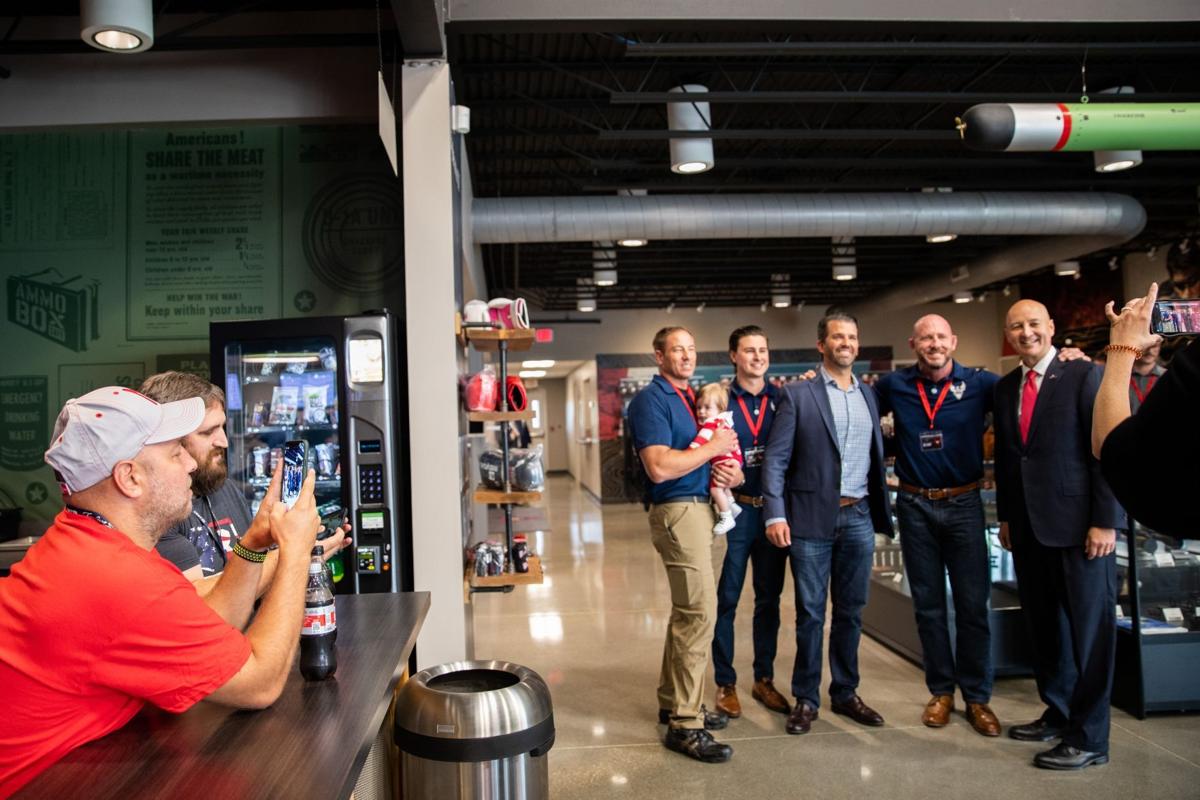 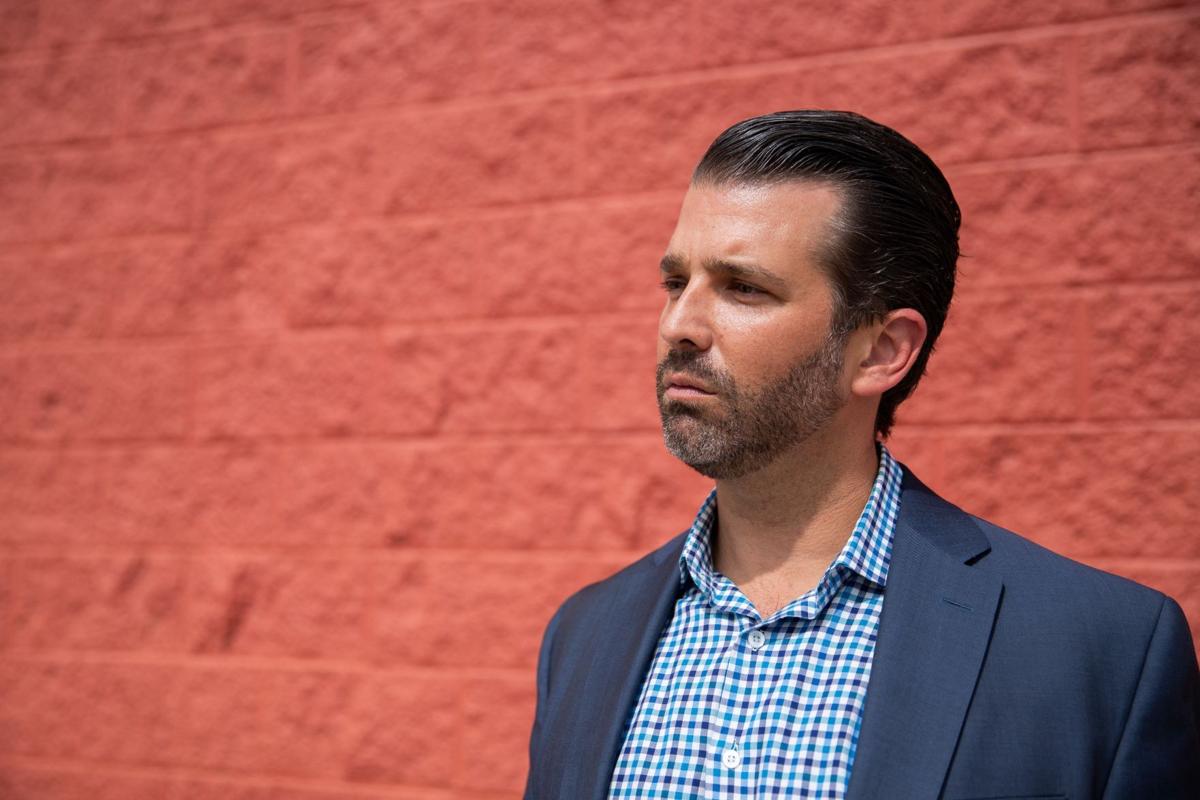 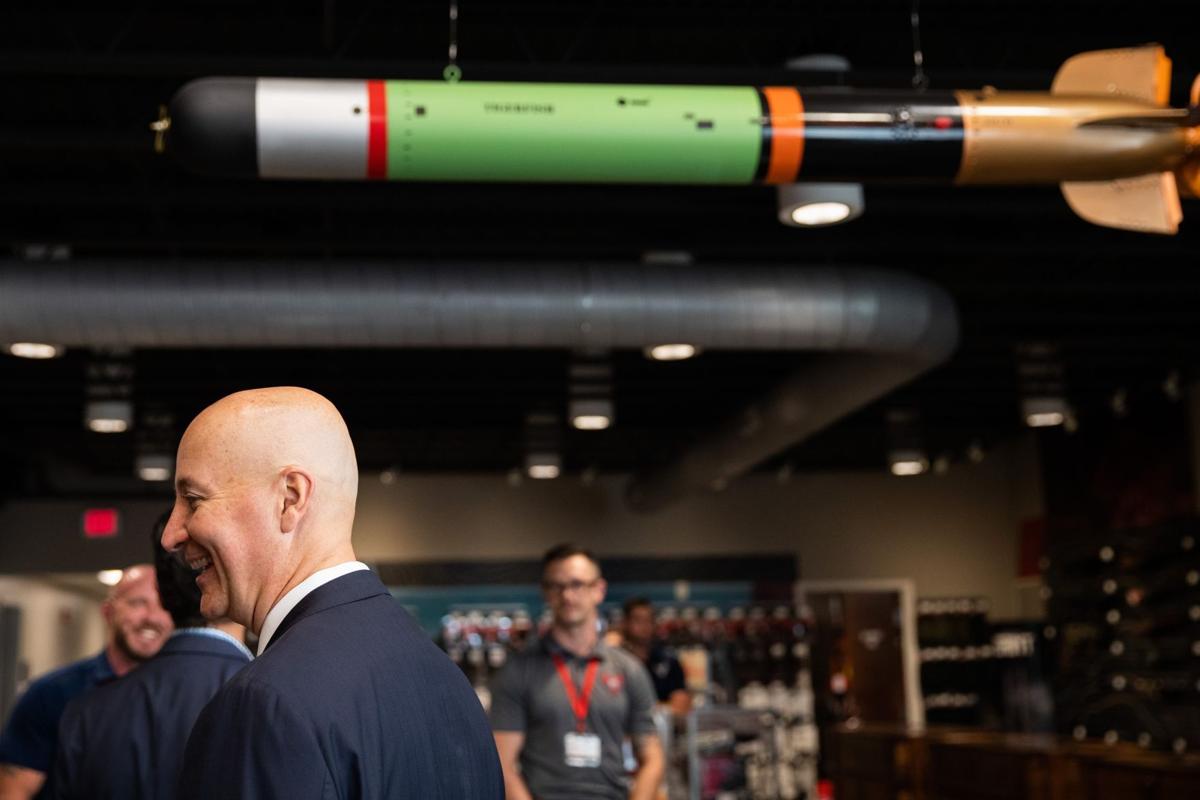 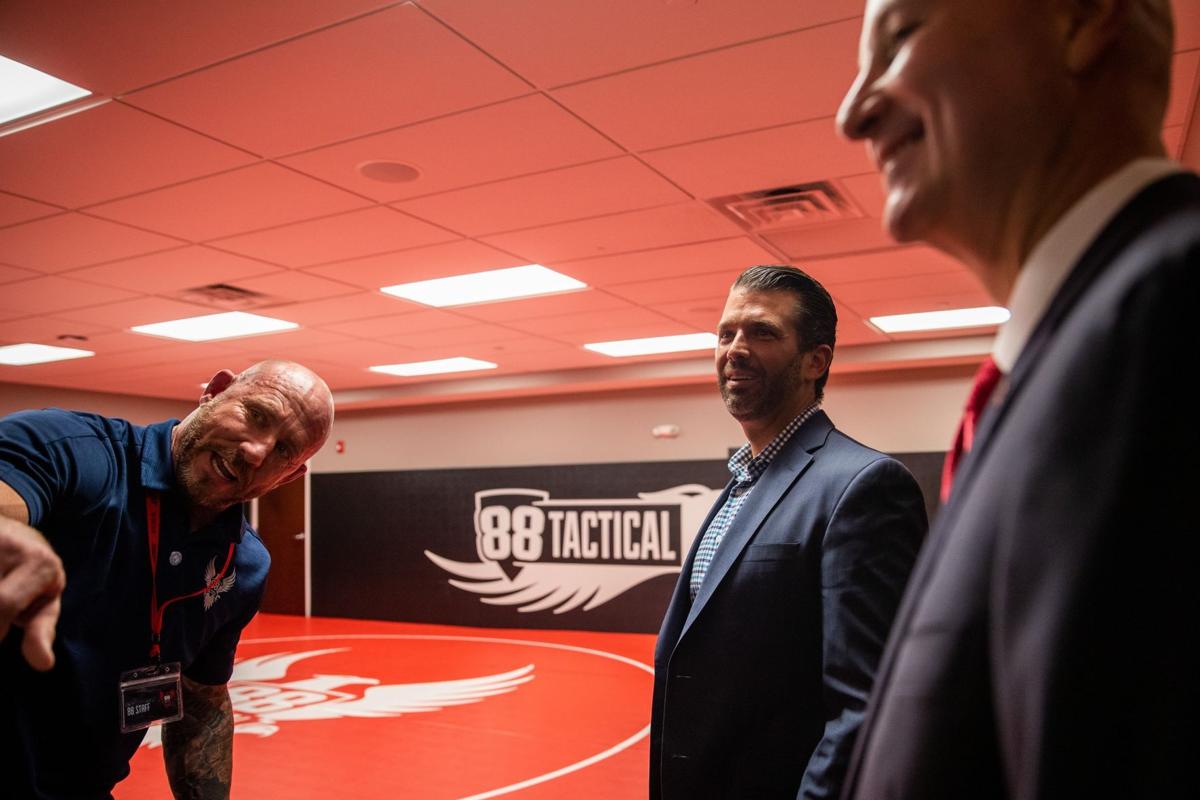 Shea Degan, the CEO of 88 Tactical, gives a tour of the gun club to Donald Trump Jr. and Nebraska Gov. Pete Ricketts on Monday. 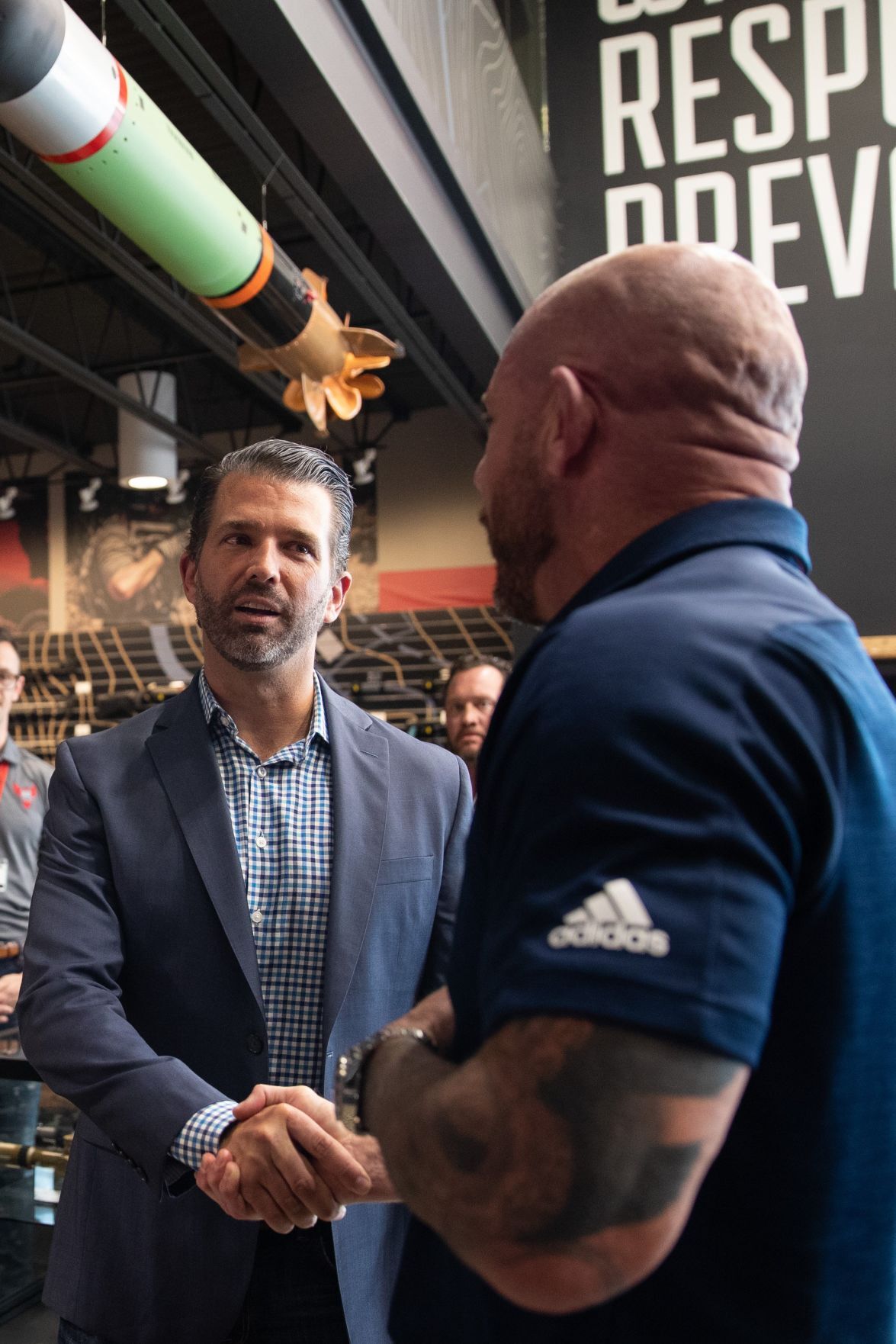 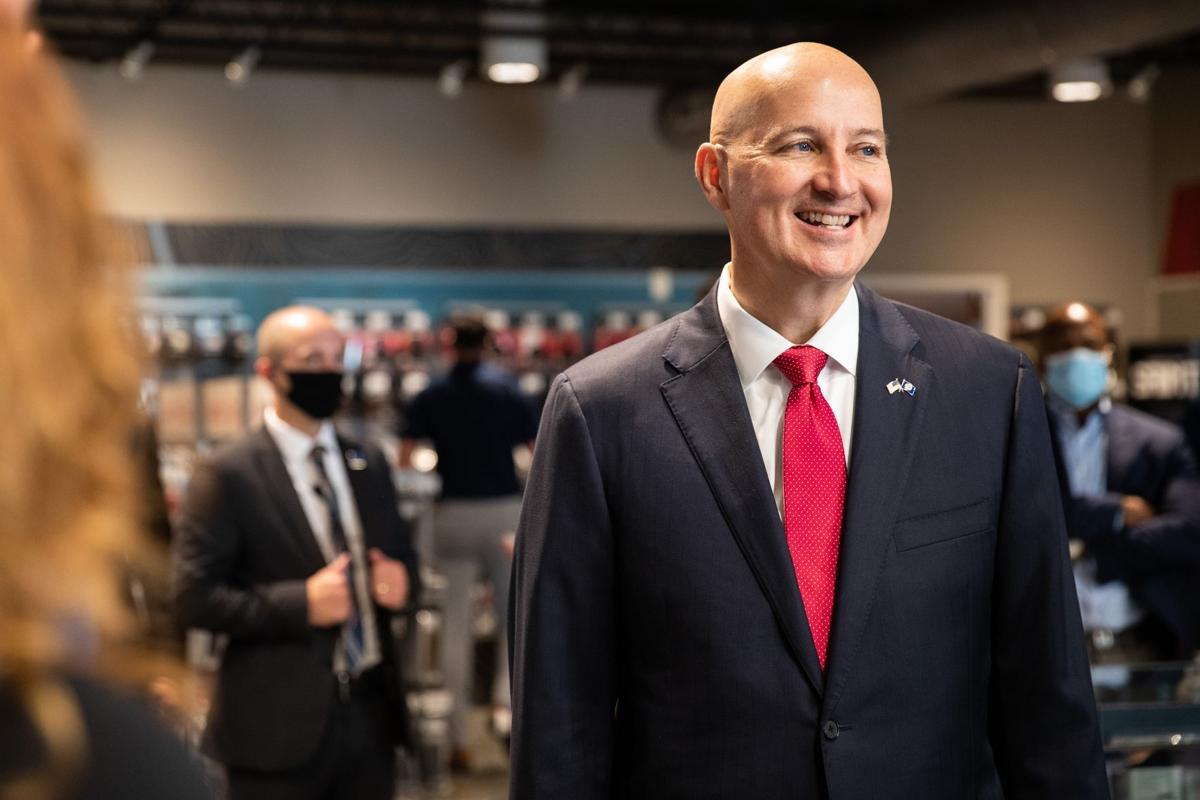 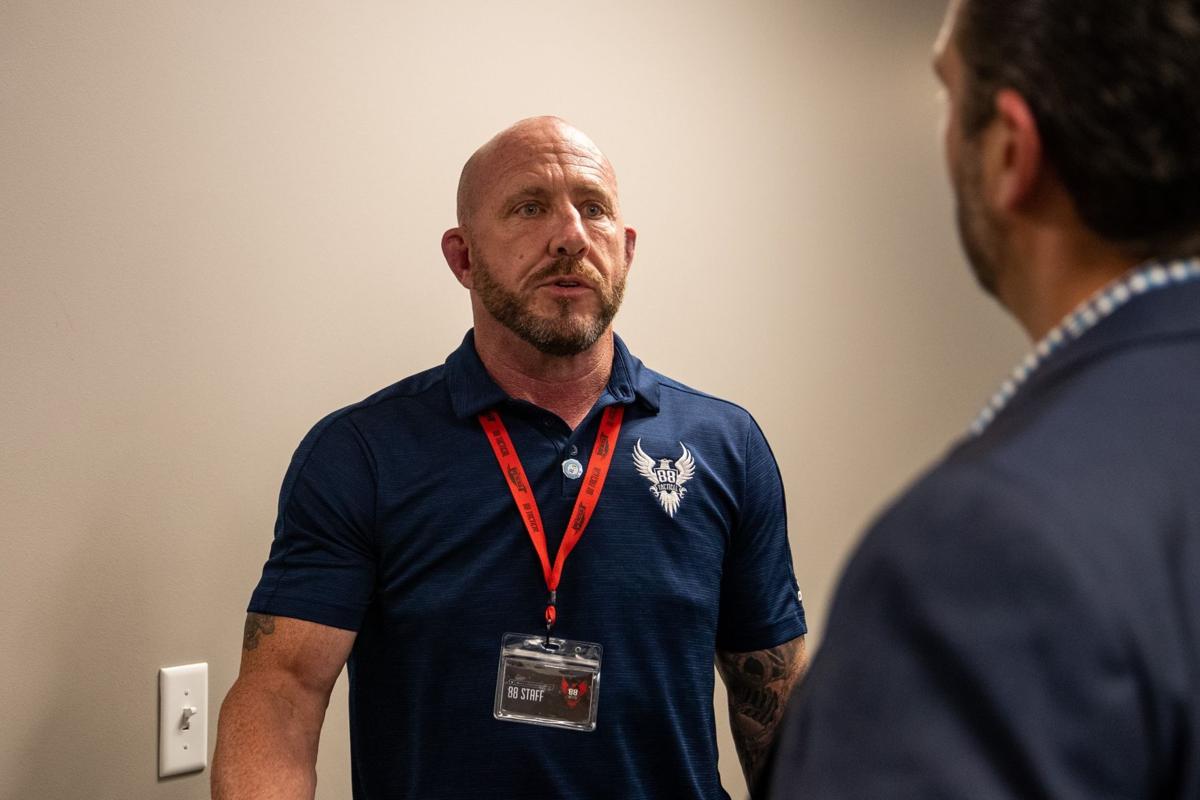 Shea Degan, the CEO of 88 Tactical, gives a tour to Donald Trump Jr. 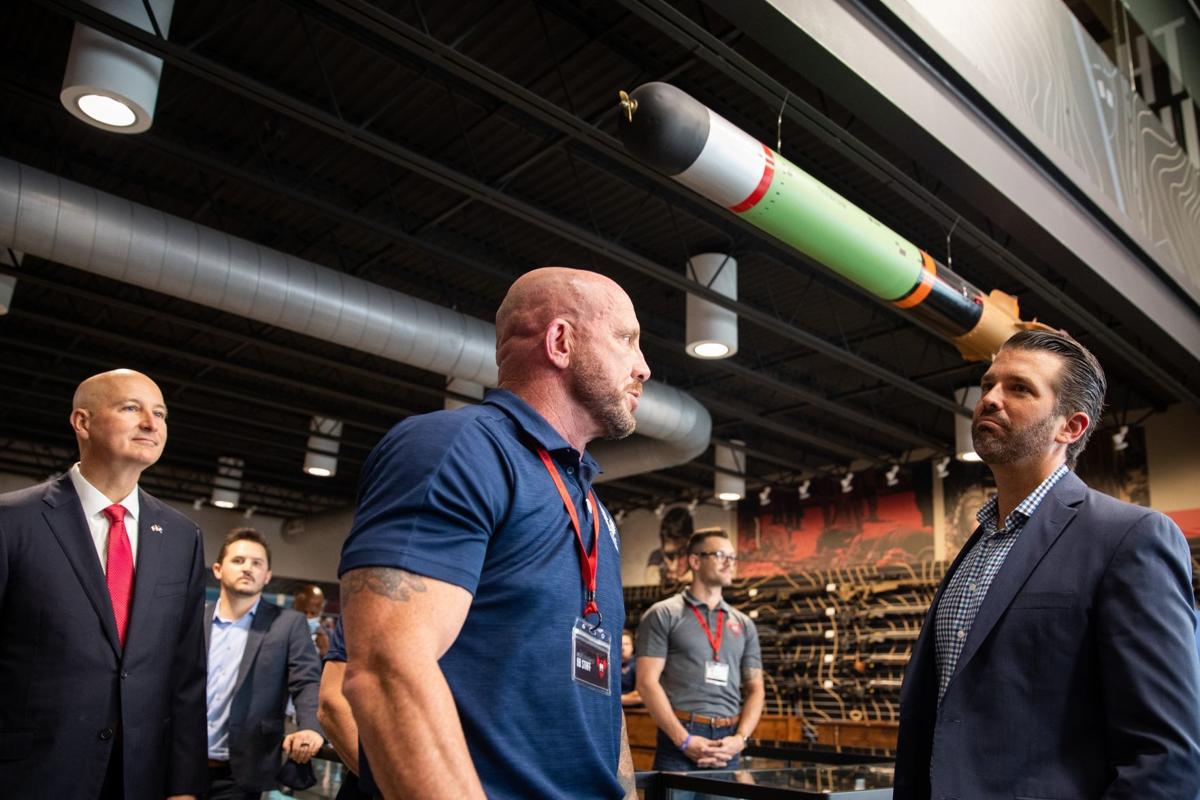 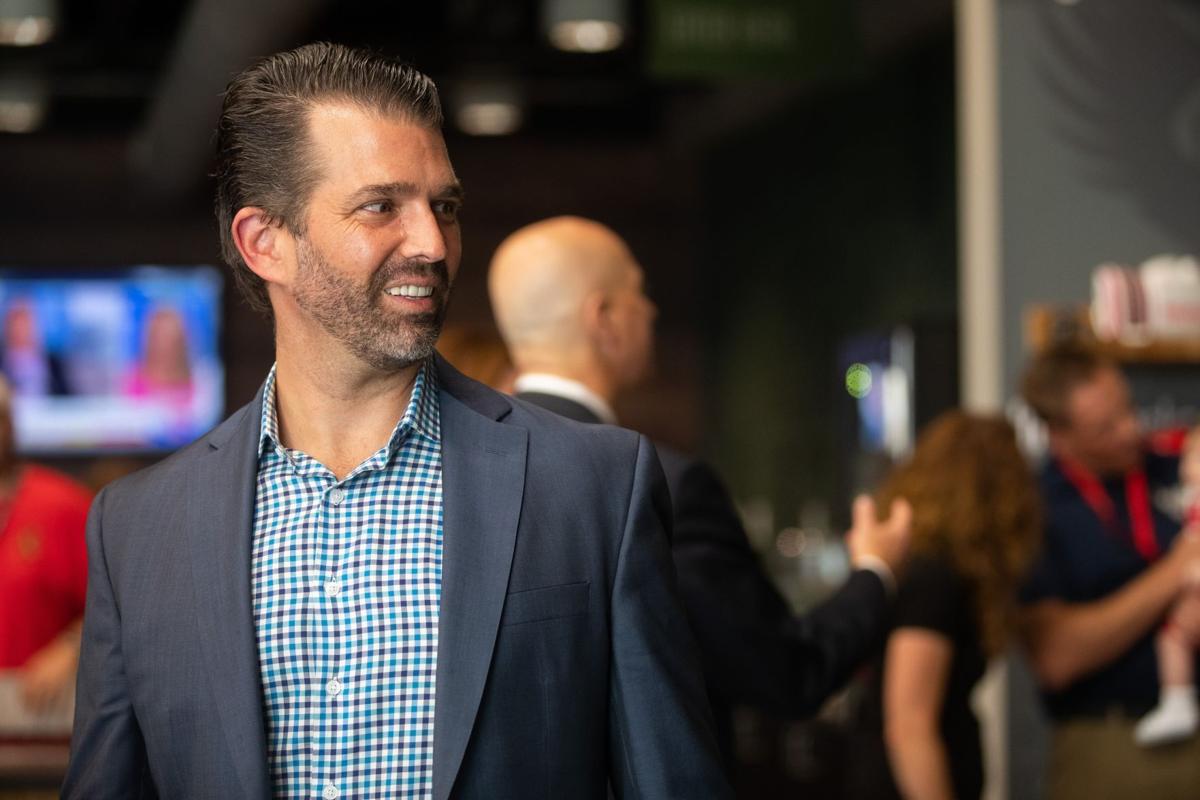 Donald Trump Jr. makes a stop at 88 Tactical, a gun club in west Omaha, on Monday.

His visit was the latest example of how Nebraska’s largest city and surrounding areas have become targets in the presidential race. Four days earlier, President Donald Trump’s campaign sent his daughter-in-law, Lara, on an Omaha-Council Bluffs swing for the GOP incumbent.

At stake is the single electoral vote awarded in Nebraska’s 2nd Congressional District, the state’s most competitive district, which includes all of Douglas County and western Sarpy County.

The past month of presidential politics has been busier than usual in Omaha, with three visits from Trump surrogates and virtual events involving Biden’s campaign. Trump’s campaign also plans to match Biden by launching television ads Tuesday.

There’s already chatter about possible visits from the candidates, though nothing is solid yet. Some pundits are discussing scenarios in which Omaha’s electoral vote could decide the race.

Trump Jr. told The World-Herald that he knows his father faces headwinds in urban and suburban areas like Omaha and its western suburbs. But he said his father has delivered.

He pointed to the passage of criminal justice reform and said that his father has empathy for people who want fairer treatment from police but that he won’t support “defunding the police.”

The core of the president’s message, Trump Jr. said, is economic prosperity for more Americans and support for a sense of security, or “law and order.”

He had a similar message Monday speaking to a crowd of several hundred people, most without masks, at the community center in Treynor, population 964.

Trump Jr. said the Democratic Party is no longer the party of working people, as it once was. He said people who work for a living know who they want in the White House.

He lobbed a few barbs at Biden and reporters. He defended his dad’s record and did not directly address the deaths of almost 200,000 Americans from the coronavirus.

“You know what’s worse than COVID-19?” he asked the crowd. “Trump Derangement Syndrome.”

Nebraska Democratic Party Chair Jane Kleeb said no one in the Trump family or the president’s campaign has the credibility to address the challenges Americans face.

She said only Biden and his running mate, Sen. Kamala Harris, have the integrity to carry out a plan to address coronavirus concerns and rebuild what’s been lost.

Biden’s ads will focus on his campaign theme of rebuilding the country after the pandemic, from repairing the nation’s economy to fixing frayed connections between people.

“Nebraska has a crucial role to play in the fight for the soul of this nation,” said Rachel Caine, state director for the Biden campaign, echoing her boss’s stump speech.

Most polling in Nebraska’s 2nd District shows Biden with a slight lead over Trump, who won the district by 2 percentage points in 2016. Political observers expect a close race.

“There’s no doubt it’s competitive,” said Randall Adkins, a political science professor at the University of Nebraska at Omaha. “They’re treating it like it is.”

Biden endorsed Eastman on Saturday, and Bacon has had Trump in his corner since March.

“This reminds me of 2008,” Adkins said, referring to the year Democrat Barack Obama won the 2nd District electoral vote while then-Rep. Lee Terry, a Republican, survived a challenge from Democrat Jim Esch.

Trump Jr. also emphasized the importance of winning House seats, stumping for Bacon at 88 Tactical in west Omaha and former Rep. David Young in southwest Iowa. Young, who faces Democratic Rep. Cindy Axne in the race for his old job, introduced the president’s son in Treynor.

“If you have the presidency without the House, you’re going to have another two years at least … of stalemate where the Democrats refuse to work with the president,” he said.

Rally attendee Brian Swallow, 53, a former Nebraskan living in Iowa, said he understands the allure of political attention. He drove over from Walnut to enjoy a “positive message” about the future.

He said he likes the way politicians campaigning in Iowa, including Trump Jr., joke about one another rather than bash. Swallow said he’s been a fan of President Trump for years and will vote for him this fall.

Joe Biden, in the final stages of his Iowa caucus campaign, asked Iowa Democrats to stop and think about why Republicans are attacking him so fiercely.

Omaha police union president hospitalized with COVID-19: 'It felt like I got hit by a truck'

A total of 114 sworn Omaha police officers have tested positive for the virus since March, representing about 13% of the force.

Donald Trump Jr. walks away with a Huskers cap given to him by Gov. Pete Ricketts at 88 Tactical in Omaha

Shea Degan, the CEO of 88 Tactical, gives a tour of the gun club to Donald Trump Jr. and Nebraska Gov. Pete Ricketts on Monday.

Shea Degan, the CEO of 88 Tactical, gives a tour to Donald Trump Jr.

Donald Trump Jr. makes a stop at 88 Tactical, a gun club in west Omaha, on Monday.