Bills vs. Chiefs: Updates and scores from the NFL playoffs

LINCOLN — Former Rep. Lee Terry spoke empathetically Thursday about former colleague Jeff Fortenberry and the federal indictment he faces, saying that when running for Congress, “there’s just a lot of people who send you money.”

“You gotta know your customer a little bit,” he told The World-Herald. “In my position, and probably in Jeff’s situation, you got to know these people ... they tell you they’re citizens, and then all of a sudden they’re not.”

“We can do everything we think is right, and then one little thing can screw it all up,” he added.

Both Terry, who represented Nebraska’s 2nd District from 1999 to 2015, and Fortenberry were recipients of illegal “conduit” campaign contributions that originated from a Nigerian billionaire, Gilbert Chagoury. Such donations from foreigners, even those funneled through American citizens, are illegal.

In Terry’s case, he said he donated to charity the $5,200 given to him in 2014 as soon as the FBI told him that it was investigating the legality of the gifts.

Fortenberry also gave away the $30,200 he received from Chagoury, but that was in late 2019, more than a year after the FBI alleges that Fortenberry had been informed that the contributions were illegal, and weeks after two meetings with federal investigators, who allege that he lied about whether he knew that the gifts were illegal.

Fortenberry, who has represented eastern Nebraska’s 1st District since 2005, has denied the allegations and has said he felt “betrayed” after telling investigators everything he knew. His attorney said Wednesday that his client didn’t recall “all the details” of a phone conversation with an FBI informant in 2018 telling him that the gifts were illegal. He claimed that Fortenberry had been “misled.”

The congressman pleaded not guilty to two felony charges of making false statements to federal agents and one count of concealing facts from investigators. Each charge is punishable by up to five years in prison. A trial is scheduled to start in December.

In an interview, Terry, who now operates a consulting business out of Omaha, related what he remembered of his dealings with a Washington, D.C., associate of Chagoury, Toufic Baaklini. Both Chagoury and Baaklini agreed to cooperate with the federal investigation and paid fines of $1.8 million and $90,000, respectively.

Terry said Baaklini, who was born in Lebanon, was a known quantity on Capitol Hill in 2014 — the year Terry was defeated in his reelection bid by Democrat Brad Ashford.

Federal Election Commission records list Baaklini as president of a group called In Defense of Christians, which bills itself as the “leading voice for Christians in the Middle East.”

Baaklini, according to the organization’s website, “has committed years of service to preserving the historic Christian communities of the Middle East. He has testified before Congress, briefed officials at the State Department and National Security Council, and met with other high-ranking leaders.”

FEC records also listed Baaklini, who has not returned multiple phone calls seeking comment, as the president and CEO of 4Impact LLC, a Virginia corporation he set up in 1999. Records show dozens of campaign contributions by 4Impact to the Republican Party and more than a dozen candidates, including Jeb Bush, Mitt Romney and Marco Rubio, as well as Terry and Fortenberry.

Fortenberry has indicated that he was identified for contributions because of his support of religious minorities, including Catholics and Yazidis, in the Middle East. Terry said he had no idea why Baaklini sought to donate to his 2014 campaign. He also said he had never heard of Chagoury until a call from the FBI.

Terry said he met with Baaklini and two others at the Capitol Hill Club, an exclusive club for Republicans where membership is by invitation only. FEC records indicate that Terry received two donations on Sept. 3, 2014, of $2,600 each — then the maximum allowed.

One was from Dr. Nagi Ayoub, and the other was from his wife, Jennifer Oliveto Ayoub. Nagi Ayoub is an Omaha plastic surgeon, and in 2014, his wife’s occupation was as an assistant professor of radiology, also in Omaha.

Terry said he was assured by the Ayoubs that they held dual citizenship, including citizenship in the U.S. He said their conversation included talk about Omaha.

“Everything was legal to me,” he said. “They told me they had connections (in Omaha).”

Dr. Ayoub, when reached Thursday afternoon, said he was in surgery and could not talk. Phone calls left with his wife, who is now listed among the alumni advisers to the Creighton Medical School, went unanswered. They share a home in Omaha.

Terry said that after he received the donations, he didn’t think about it — until the FBI called sometime later.

“Holy (expletive), I didn’t really know it was that big of a deal,” he said. “So I was very cautious after that.”

Terry said he gave away the $5,200 that originated from Chagoury and didn’t hear from the FBI again.

FEC records indicate that Terry gave $1,500 to a juvenile diabetes research foundation in 2016 and $2,782 to the Boys Town Foundation in 2017. He also made six charitable donations from his campaign from October 2014 through the end of the year. Those six donations totaled $1,548.

Fortenberry gave his $30,200 in Chagoury donations to charities in September and October 2019, which would have been some weeks after his final meeting with federal investigators.

Terry said that he had not talked to Fortenberry in several months but that he was surprised by the indictment.

Fortenberry got $30,000 from illegal foreign donor; spokesman points out he wasn't charged

“Jeff is usually the most cautious ... he is really a cautious guy,” he said.

Terry said he wasn’t sure whether Fortenberry’s indictment was politically motivated. In a statement to supporters on Tuesday, Fortenberry’s wife, Celeste, blamed the indictment on the Biden administration and a prosecutor seeking a promotion. The investigation into Chagoury began in 2016, during the Obama administration, then continued under the Trump administration.

Plea deals with both Chagoury and Baaklini were announced in March, under the Biden administration, and involved campaign contributions given to the two Nebraska congressmen as well as the presidential campaign of Mitt Romney and the campaign of Rep. Darrell Issa of California. All are Republicans.

A spokesman for the U.S. Attorney’s Office in the Central District of California declined to comment on Celeste Fortenberry’s claim about Mack Jenkins, the lead prosecutor in the case. Jenkins, according to federal election records, has donated to a couple of Democratic candidates, including Vice President Kamala Harris, a former California prosecutor and U.S. senator.

Jenkins was named chief of the Public Corruption and Civil Rights Section of his U.S. Attorney’s Office in 2017, and he has a lengthy record of prosecuting white-collar and gang crimes. That includes an investigation into corruption at Los Angeles City Hall and a bribery/money laundering case involving a California state senator and his brother, an L.A. assemblyman.

Terry said he didn’t have any advice for Fortenberry and his future, but he presumes that he is hoping that his troubles end in a couple of months and he can resume his committee work in Congress — he temporarily stepped off his committees on Wednesday.

“I think maybe Jeff made it worse for himself,” Terry said.

Who is the Nigerian billionaire at the heart of Fortenberry's indictment?

At the center of allegations against Nebraska Rep. Jeff Fortenberry, who was indicted this week by a federal grand jury, is a Nigerian billionaire of Lebanese descent named Gilbert Chagoury.

Rep. Jeff Fortenberry barred from handling evidence in working on his defense

A judge has barred Rep. Jeff Fortenberry from possessing or being left alone with evidence gathered by confidential informants during a federal investigation into illegal campaign contributions.

Fortenberry's attorney accused federal prosecutors of "opportunistic venue shopping" and "gross abuse of power" for filing charges against the Republican congressman in California, far from his home in Lincoln.

The motion argues that any misstatements made by Fortenberry to investigators were not "material" to crimes the FBI was investigating, so the felony charges against the congressman should be dismissed.

Feds have more than 11,600 pages of documents, 50 recordings in Rep. Fortenberry case

Prosecutors have turned over more than 11,600 pages of documents and more than 50 audio and video recordings to lawyers defending Rep. Jeff Fortenberry.

Can Rep. Jeff Fortenberry survive indictment for allegedly lying to the FBI?

When federal prosecutors announced indictments against the Nebraska congressman, GOP operatives privately began discussing possible successors. But none have emerged. 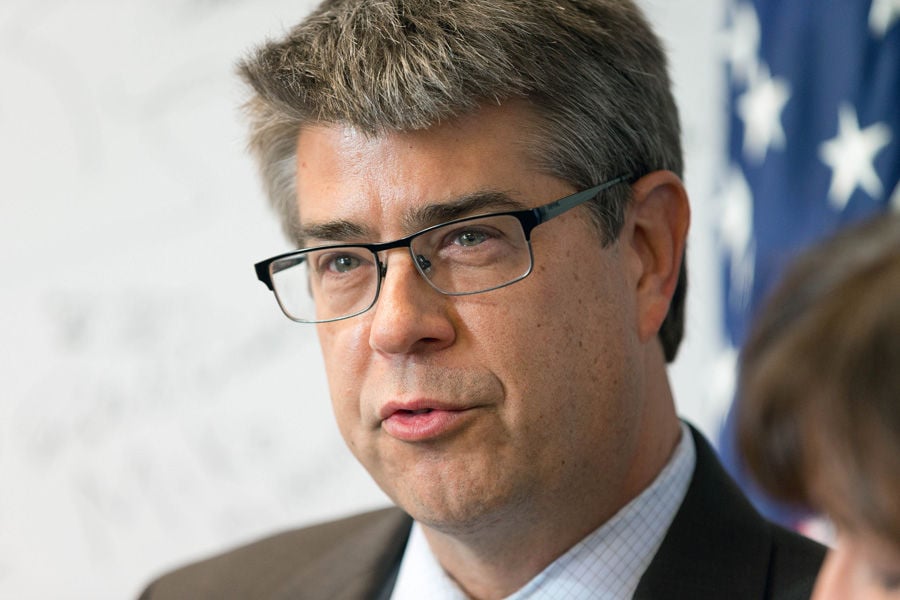 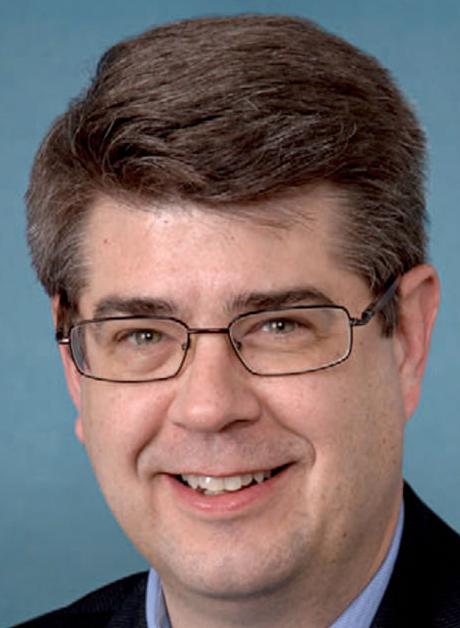