Charles W. Herbster, a GOP candidate for Nebraska governor, is digging into denial of any misconduct as his campaign readies a lawsuit to counter sexual assault allegations from multiple women.

The Nebraska Examiner last week reported allegations from eight women who said Herbster touched them inappropriately. State Sen. Julie Slama has confirmed that Herbster reached up her dress without consent and touched her inappropriately at a political event in spring 2019. Six other women, who the Examiner did not identify by name, said Herbster groped them on their buttocks outside of their clothes at events, and another said he cornered and forcibly kissed her.

The online news outlet said it corroborated each account with at least one witness or confidant. On Tuesday, it followed up with a story in which three people went on the record and used their names to corroborate specific details.

Deputy campaign manager Rod Edwards said in a statement that nothing in the Examiner’s latest story changes Herbster’s “denial of any wrongdoing.”

Herbster has vehemently denied all of the allegations and continued to do so in an interview Tuesday. He said he couldn’t recall any incidents that may have crossed a line from a woman’s point of view and called the allegations a “political slam.” He blames fellow GOP candidate and University of Nebraska Regent Jim Pillen and his most prominent supporter, Gov. Pete Ricketts.

“This is their way for the political, Pillen-Ricketts machine to attempt to take you out, or to put you in a position where the voters will turn away from you,” he said.

The Pillen campaign said in a statement that it was not behind the story.

Ricketts rejected Herbster’s claim that he had any involvement in the Examiner’s report.

“It is ridiculous to suggest that I or anyone else conspired to talk eight women and even more witnesses to make up stories about Charles Herbster,” Ricketts said in a statement Tuesday. “It’s just not plausible.”

The reporter who wrote the story, Aaron Sanderford, issued a statement last week explaining that the article was published “as soon as possible after completing the months of reporting, writing and due diligence it took to ensure its accuracy.”

Asked why people should take his word, given that the Examiner corroborated each of the eight allegations with at least one witness or confidant, Herbster said to look at his past. He provided testimonials and a social media post from women attesting to his integrity.

“I could bring you literally hundreds of females across this country who would attest to my integrity in the way that I have empowered and worked with ladies and worked with women to be in executive positions in companies and build businesses,” Herbster said.

Asked if he ever paid a woman or had her sign a nondisclosure agreement regarding anything she felt was inappropriate, Herbster said “Never,” and that he didn’t have any reason to.

Herbster said his campaign is working with attorneys who’ve worked with former President Donald Trump, his most prominent endorser, to take legal action. Edwards confirmed they’re working on a libel lawsuit against both the Examiner and Slama, with the goal of filing as soon as possible. Herbster is also hosting Trump for a rally in Nebraska next week.

Cate Folsom, editor-in-chief of the Examiner, sent a simple statement in response to the news of the impending suit: “We stand by our reporting.”

In the wake of the allegations last week, powerful figures in Nebraska politics — including every female state senator — condemned Herbster, with some saying he was unfit for the governor’s office. A group of Republicans, including Sens. Tom Brewer, Steve Halloran and Steve Erdman, voiced their support for Herbster in a letter published in Tuesday’s edition of The World-Herald.

Herbster’s campaign has tried to cast doubt on Slama’s account, in part by drawing connections between Herbster and Slama since the event where the alleged assault occurred.

On Tuesday, the campaign provided The World-Herald with emails and text messages between Herbster and his staff stating that Slama had requested to meet with Herbster in fall 2019 and fall 2020, when she was running to keep her legislative seat. Ricketts had appointed Slama to the seat in 2019. One email detailing Herbster’s meetings for a day in September 2019 shows he had an afternoon meeting scheduled with Slama.

In an email sent a week after Election Day 2020, a former Herbster campaign staffer reminded him that he had pledged to give Slama $10,000. Public records show he followed through on that pledge in December.

In an interview on the radio station KFAB last week, Slama noted the “huge power differential” between herself and Herbster in 2019. But when asked about that dynamic, Herbster, a Republican megadonor, sounded bewildered.

“First of all, I don’t have any political power, OK? I’m not a politician,” he said.

Slama said on KFAB that she accepted the donation after Herbster called her to congratulate her on election night, and that her instinct in that moment was just to accept it and end the conversation. He had previously donated to her opponent in the race, Janet Palmtag.

Slama declined an interview request from The World-Herald on Tuesday. However, provided with the same materials, she said in an email Tuesday that they confirmed what she shared on KFAB.

She wrote: “Charles Herbster sexually assaulted me, along with at least seven other young women whose assaults have been confirmed by the Nebraska Examiner. ... I was 22 years old and a newly appointed state senator, traumatized that I had just been sexually assaulted in public by one of the most powerful people in Republican politics. I immediately confided in others (confirmed today in the Nebraska Examiner), later sought counseling, and tried to move on with my life. Charles Herbster is now trying to use his power and influence in the liberal media to silence his victims.”

Second woman accuses Herbster of 'groping' her at dinner event

A hearing has been scheduled for June 3 following a flurry of court filings in the legal battle between gubernatorial candidate Charles W. Herbster and State Sen. Julie Slama. 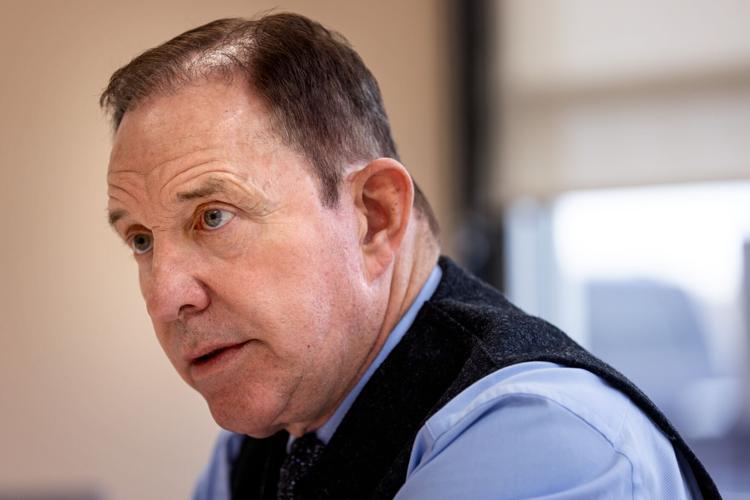 Herbster denied any wrongdoing and said the accusations are part of a “political slam” being orchestrated by political opponents. 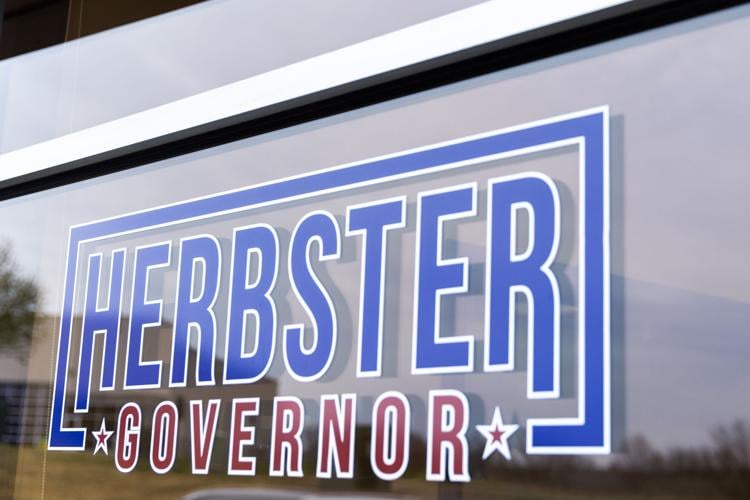 The campaign office for Charles W. Herbster, a Republican candidate for Nebraska governor, in Omaha on Tuesday. 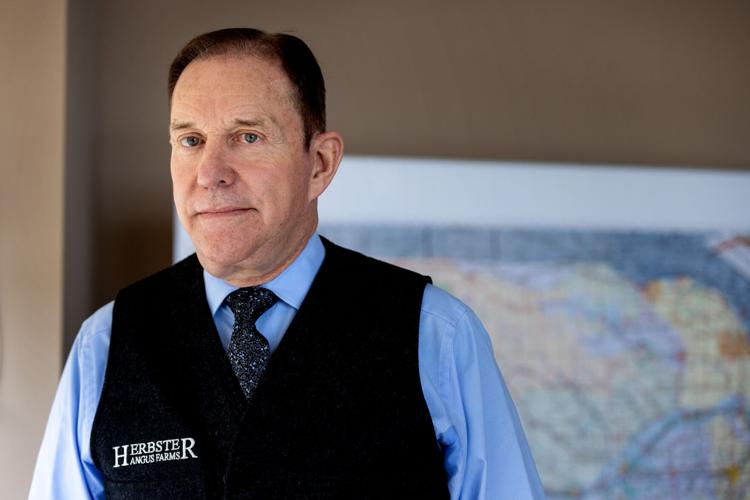 Charles W. Herbster, a Republican candidate for governor, responds Tuesday to sexual assault allegations made against him by multiple women.