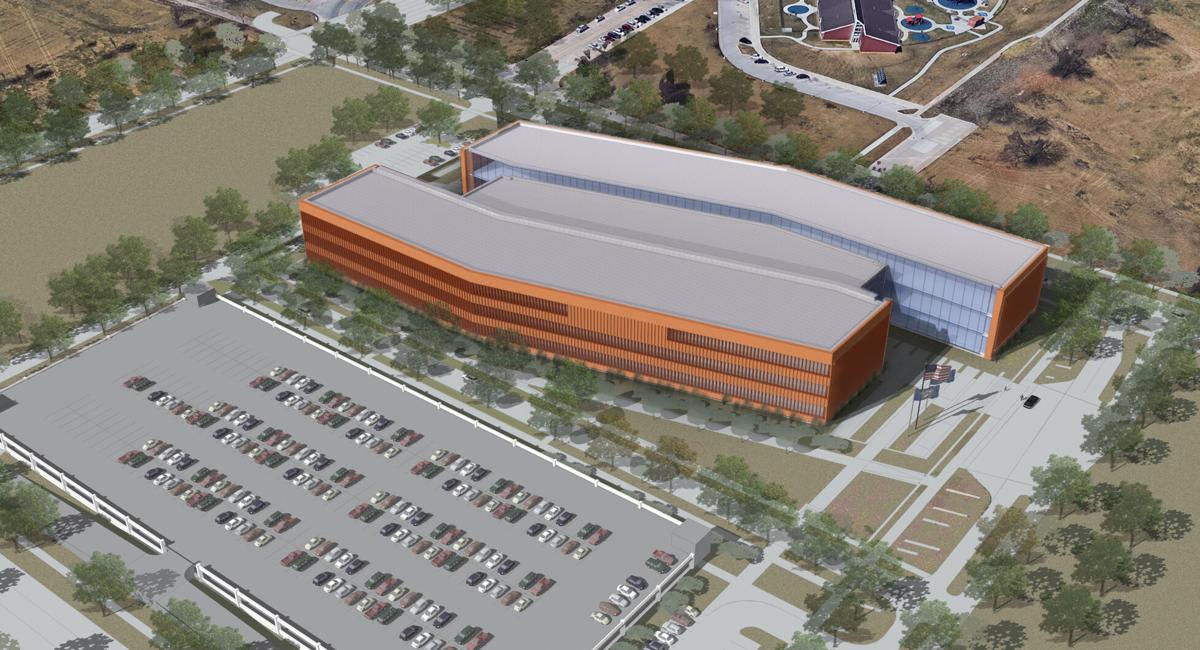 An artist’s rendering of the proposed building for the U.S. Space Command at Offutt Air Force Base, which is one of six finalists for the $1 billion headquarters. 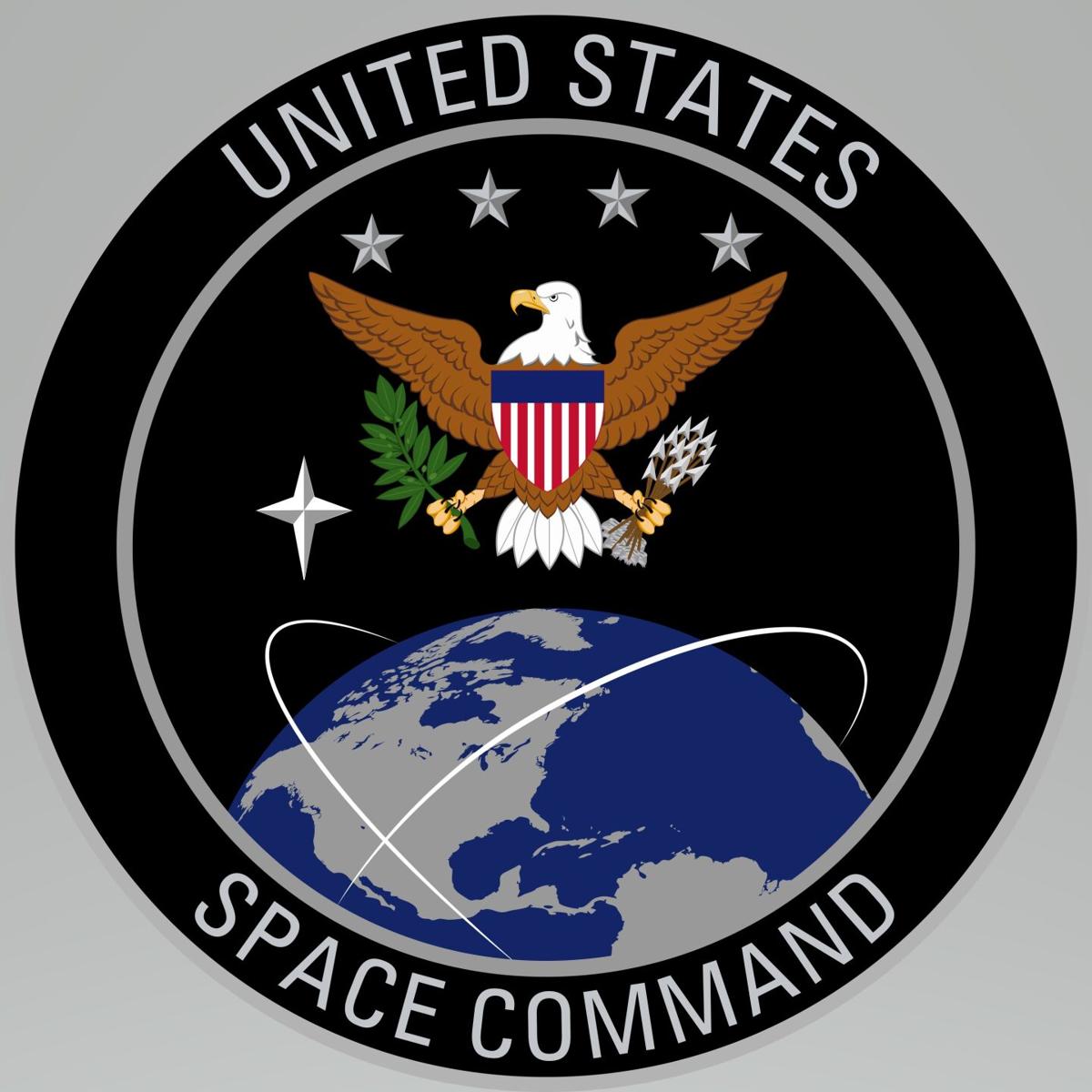 Just in case Nebraska’s great schools, low cost of living, top-notch universities, smart workforce and enthusiastic support for the military aren’t enough to bring the U.S. Space Command’s headquarters to Offutt Air Force Base, backers of the bid have come up with a few more reasons.

Most of it would come with few strings attached, though Brown said it is intended to help offset the expected $1 billion cost of building a new headquarters at Offutt if the Air Force selects the base near Bellevue from a list of six finalists named in November. The Air Force is in charge of the selection process and is expected to name its preferred site before the change in presidential administrations Jan. 20.

“If there’s a need for public or private support, there has always been a willingness to find a way,” Brown said.

Brown said the incentive would include:

$50 million from the State of Nebraska.

$50 million to be donated or raised from the private sector by a philanthropist, whose identity isn’t being disclosed.

$4 million from the City of Bellevue toward expansion of the Bellevue Gate (which would be known as the SpaceCom Gate), at Offutt’s north end.

$1 million donation by the Omaha Development Foundation of a former farm near the proposed site for the SpaceCom headquarters.

$1.5 million grant by the Nebraska Department of Economic Development, from its Site and Building Development Fund.

The Nebraska pitch also showed off a vision of what SpaceCom’s new headquarters might look like. Local architecture firm HDR Inc. drew up site sketches and artist renderings for a four-level, 500,000-square-foot headquarters building and a three-story parking garage next to the 557th Weather Wing’s headquarters near Offutt’s north entrance. The illustrations also show that entrance being expanded to four inbound and two outbound lanes.

The building is on Offutt’s upper level, out of the flood plain that was inundated during the catastrophic 2019 floods.

“The base (leadership) chose this option as the best location,” Brown said.

The post-flood reconstruction of the south end of the base into eight functional campuses over the next five years, combined with the rebuilding of Offutt’s 80-year-old runway over the next two years, will change the face of Nebraska’s largest military facility.

“It’s going to be the most modern base in the Air Force,” said Evans, who worked at U.S. Strategic Command for seven years before his retirement in 2019.

Ricketts plans to include the $50 million from state funds in his budget request on Thursday, said Taylor Gage, a spokesman for the governor. He said the funding would not be tied to the private-sector match, or vice versa.

Offutt’s backers compared the financial offer to the public-private partnership that saw Omaha’s nonprofit Heritage Services build a new $86 million ambulatory care clinic at the Omaha VA hospital with a mix of public and private money, or several local governments combining forces recently with the Papio-Missouri River Natural Resources District to raise the levees near Offutt to reduce the risk of catastrophic flooding like that in 2019.

State Sen. John Stinner of Gering, who chairs the Appropriations Committee, said he believes the legislature will approve the expense, from the state’s rainy day fund. A hearing will be held in February.

“I think there’s quite a bit of enthusiasm for it,” Stinner said. “It’s building a tax base for the state of Nebraska.”

U.S. Space Command was first established in 1985 in Colorado Springs. In 2002, the functions of the formerly independent command were folded into Offutt-based U.S. Strategic Command as part of a military reorganization. In 2019, Space Command was reestablished as a separate command, with a temporary headquarters in Colorado Springs until a permanent location is selected.

SpaceCom is expected to bring about 1,400 jobs to the base that lands the headquarters, plus possibly thousands of extra support jobs by defense contractors.

The Offutt team included the $107 million funding offer as part of the virtual presentation it made to an Air Force site selection committee Dec. 22. For competitive reasons, its leaders declined to confirm the financial details until late last week.

The six finalists were culled from 66 entrants that expressed interest last summer in landing the new headquarters. Each entry is being judged on a 100 point scale, weighted for suitability to the space mission (40 points), base capacity (30 points), low costs to the Defense Department (15 points) and community livability and support (15 points).

The selection process is similar to the one used a dozen years ago, when Offutt was scored as the top site for the new headquarters of the Air Force’s Global Strike Command. The Air Force secretary choose a base in Louisiana instead.

To bolster Offutt’s bid, Carter pulled together a coalition of Midwestern universities to join the University of Nebraska in an academic and research alliance he intends to set up to support SpaceCom. Ricketts lined up letters of support from the governors of six nearby states.

And, of course, the $107 million pot-sweetener.

When the announcement comes, Evans said, it is expected to include one “preferred alternative” and one or more additional “acceptable alternatives.” All will go through a lengthy environmental study before a final decision is made in about two years. The new headquarters is expected to open in 2027.

Nebraska’s political, business, educational and military leaders have Zoomed their pitch to bring the U.S. Space Command headquarters to Offutt Air Force Base.

NU President Carter said the partnership with the University of North Dakota, K-State and Purdue would develop new degree programs and research initiatives specifically designed for the Space Command.

Offutt Air Force Base is one of six sites being considered as the future headquarters of the United States Space Command, announced Air Force Secretary Barbara Barrett on Thursday.

StratCom has undergone several changes under Gen. John Hyten. He has described StratCom's new $1.3 billion headquarters as a "weapons system, not a building." And his biggest push has been to keep funding on track for a massive modernization of U.S. nuclear weapons and the systems that deliver them.

Citing unnamed sources, the Colorado Springs Gazette reported that Trump overturned the Air Force secretary's recommendation of Peterson Air Force Base as a political favor to supporters in Alabama.

An artist’s rendering of the proposed building for the U.S. Space Command at Offutt Air Force Base, which is one of six finalists for the $1 billion headquarters.