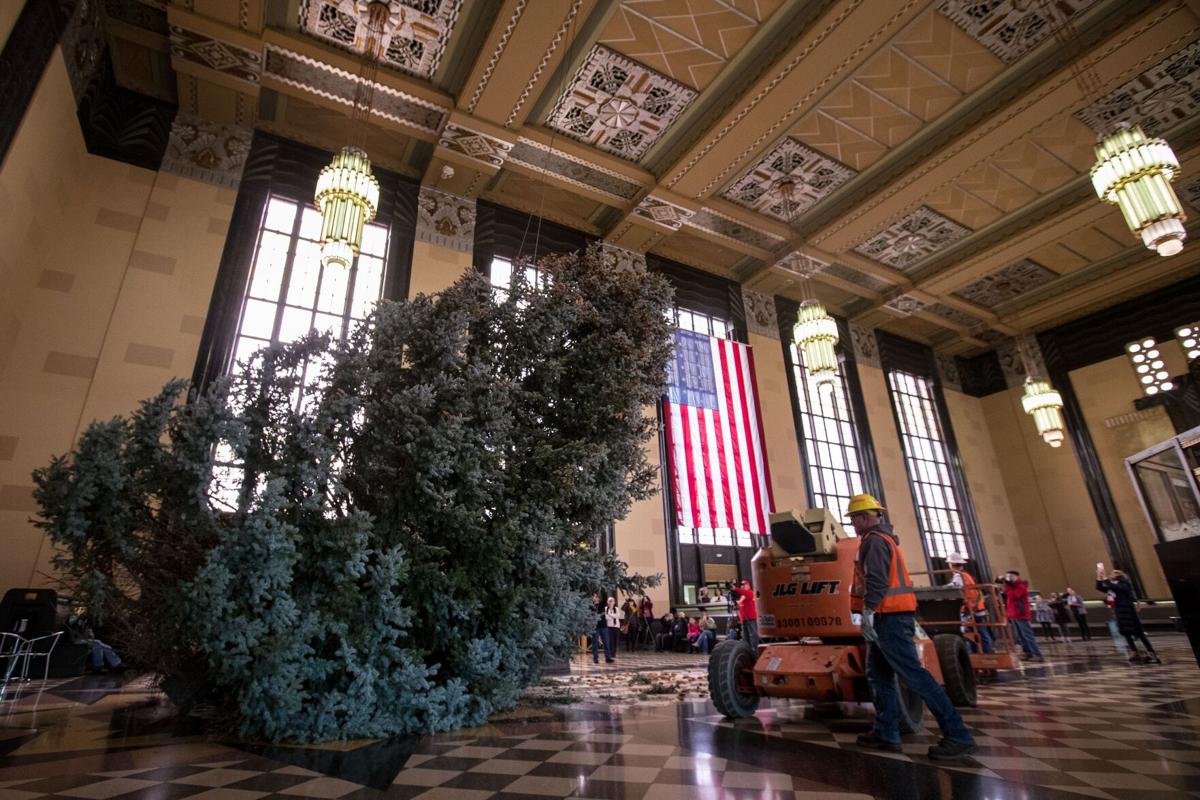 The Durham Museum is the type of nonprofit that could complete capital construction projects that were interrupted by the pandemic under a proposal in the Legislature. 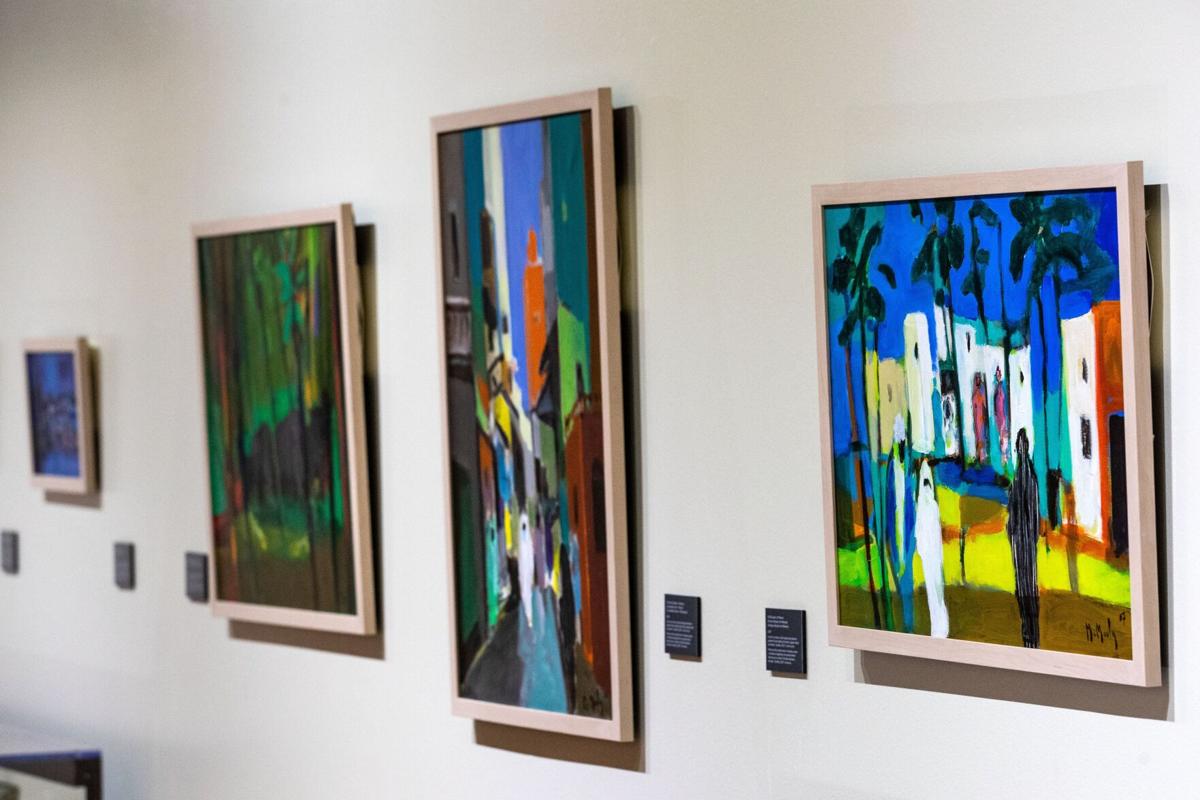 El Museo Latino is among the nonprofits that could benefit from a proposed bill in the Nebraska Legislature to help projects interrupted by the pandemic. 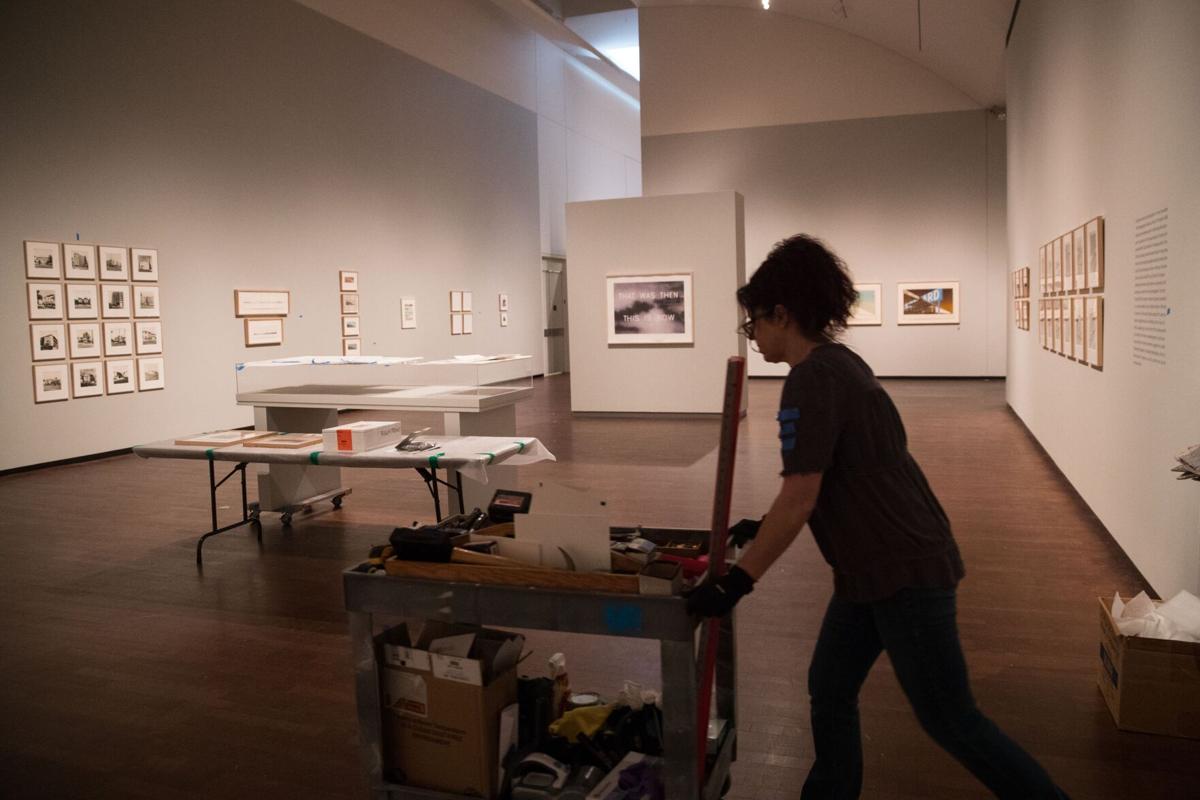 Joslyn Art Museum’s plans for a new modern art wing could benefit from the measure. 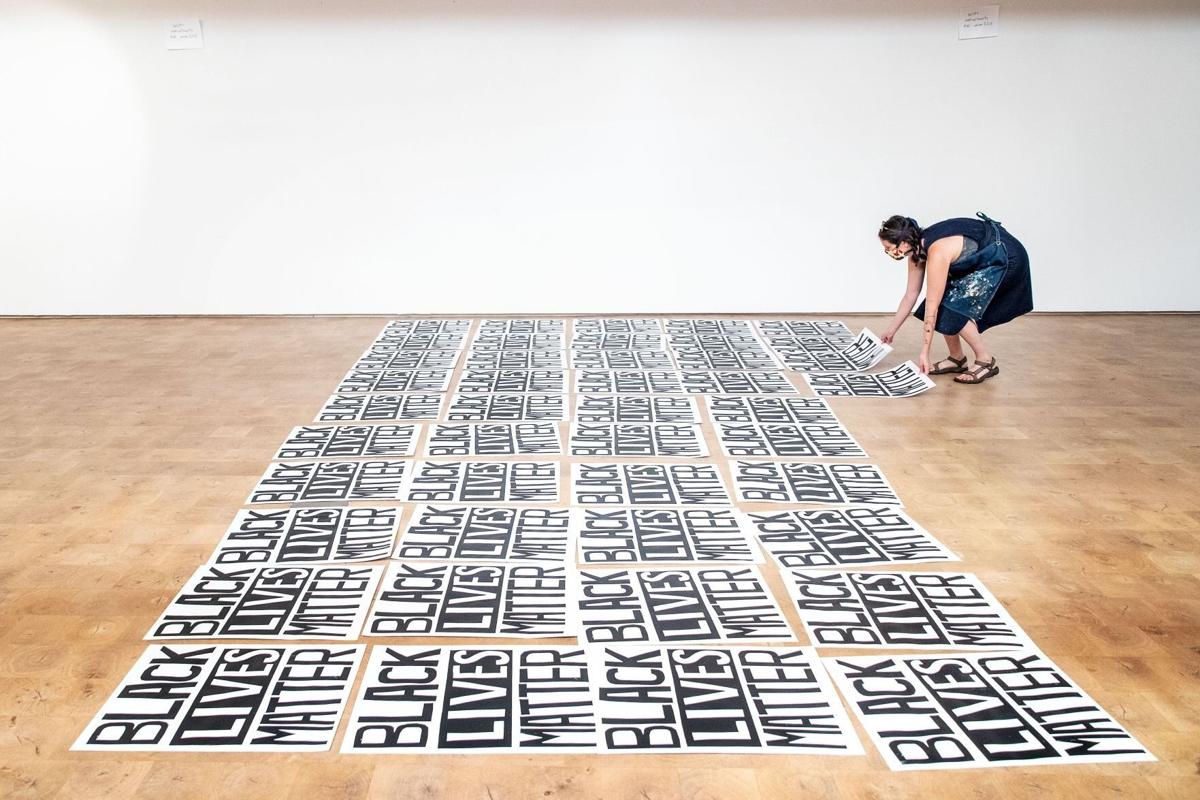 The Union for Contemporary Art is among the nonprofits that could benefit from a proposed bill in the Nebraska Legislature to help fund projects interrupted by the pandemic.

LINCOLN — News of the first coronavirus death in the United States broke the same day that the Blue River Arts Council unveiled plans to renovate the historic Isis movie theater in Crete, Nebraska.

The council’s Leap Day announcement included the launch of an $825,000 capital campaign for the project. But within three weeks, Saline County was one of Nebraska’s COVID-19 hot spots and the council had put its fundraising drive on hold.

Instead, council President Shaylene Smith told state lawmakers, the group focused on providing outdoor movies, cruise nights and Santa Claus in the park to maintain community spirit in the face of the pandemic.

Now the council is looking to revive the theater project in this southeast Nebraska town, and she said a bill introduced by State Sen. Mike McDonnell of Omaha would provide the boost they need to get back on track.

Numerous other groups across the state are looking to the same measure for their projects, including the Joslyn Art Museum’s plan for a new modern art wing and the Henry Doorly Zoo’s new penguin exhibit.

“The only way that we can do that right now is with a bill like this that would help us,” Smith testified at a February hearing.

As amended by the Appropriations Committee, the bill would set aside $25 million of state dollars, along with $75 million of federal coronavirus relief dollars, to help nonprofits complete capital construction projects that were interrupted by the pandemic.

Grants would be available to groups involved with the arts, culture and humanities. McDonnell got approval for an amendment to add nonprofits operating sports complexes.

A list of shovel-ready projects includes a $45 million multisport facility in Tranquility Park and a $35 million facility in La Vista.

Groups would have a 15-day window in July to apply. They would have to complete their fundraising by the end of this year and break ground by June 30 next year.

McDonnell argued that the bill would help groups that employ more than 90,000 people and pay more than $4 billion in wages. They attract tourists and support the hospitality industry, but were among the hardest hit by the pandemic, which sharply reduced travel and eliminated events that brought large groups of people together.

“Right now, many of these organizations are being forced to look through their budget, meet with their donors and decide between their capital plans, rehiring staff or cutting their programming,” he said.

LB 566 would help them proceed with projects that would enhance their communities while supporting construction jobs and economic development, he said.

But others argued that the $25 million should go for other priorities, such as property tax relief or local infrastructure needs.

Sen. Curt Friesen of Henderson said the organizations can turn to private donors, as they have in the past, plus get federal coronavirus relief funds. He said the state portion was not needed. Sen. Mike Groene of North Platte questioned whether taxpayer dollars should go to these nonprofits.

“Have we crossed a line now where we just throw money around like it’s a Fourth of July parade?” he asked.

McDonnell promised to work with skeptics on improving the bill before second-round debate. He also said he would work with the Governor’s Office about the use of the $976 million of American Rescue Act money allocated for the state.

Omaha nonprofits that had shovel-ready projects delayed by COVID

The bill would expand the definition of race to include hair texture and protective hairstyles in state laws banning racial discrimination in employment.

Nebraska lawmakers fell four votes short of ending a filibuster on a bill that would have provided tax credits for donations to a private and parochial school scholarship fund.

The Nebraska Legislature advanced bills that would give farmers and ranchers a slight tax break and give development of multi-field sports complexes a boost in the state.

Ricketts said that concerns his new credentialing policy could be used to exclude media that he doesn't favor are "unfounded."

State election officials said that Nebraska dodged "major problems" in preparing for the 2022 election after getting word that U.S. Census figures needed for redistricting will arrive by mid-August.

State lawmakers balked Wednesday at a proposal to scrap Nebraska's existing taxes and replace them with a first-in-the-nation consumption tax.

Lawmakers have put together several working groups in previous years looking for a fix but have been unable to pass anything substantive.

"The federal government has become a monstrous beast that has gone out of control," one supporter said. An opponent called the resolution "radically partisan."

Monty and Milo peeked their heads out of the water at the Henry Doorly Zoo and Aquarium's Owen Sea Lion Shores exhibit Thursday morning.

A new state-of-the-art, $15 million Central Nebraska Sports Complex, to be built on the west side of Highway 281, was announced Tuesday morning by a group of Grand Island business and civic leaders.

The Durham Museum is the type of nonprofit that could complete capital construction projects that were interrupted by the pandemic under a proposal in the Legislature.

El Museo Latino is among the nonprofits that could benefit from a proposed bill in the Nebraska Legislature to help projects interrupted by the pandemic.

Joslyn Art Museum’s plans for a new modern art wing could benefit from the measure. 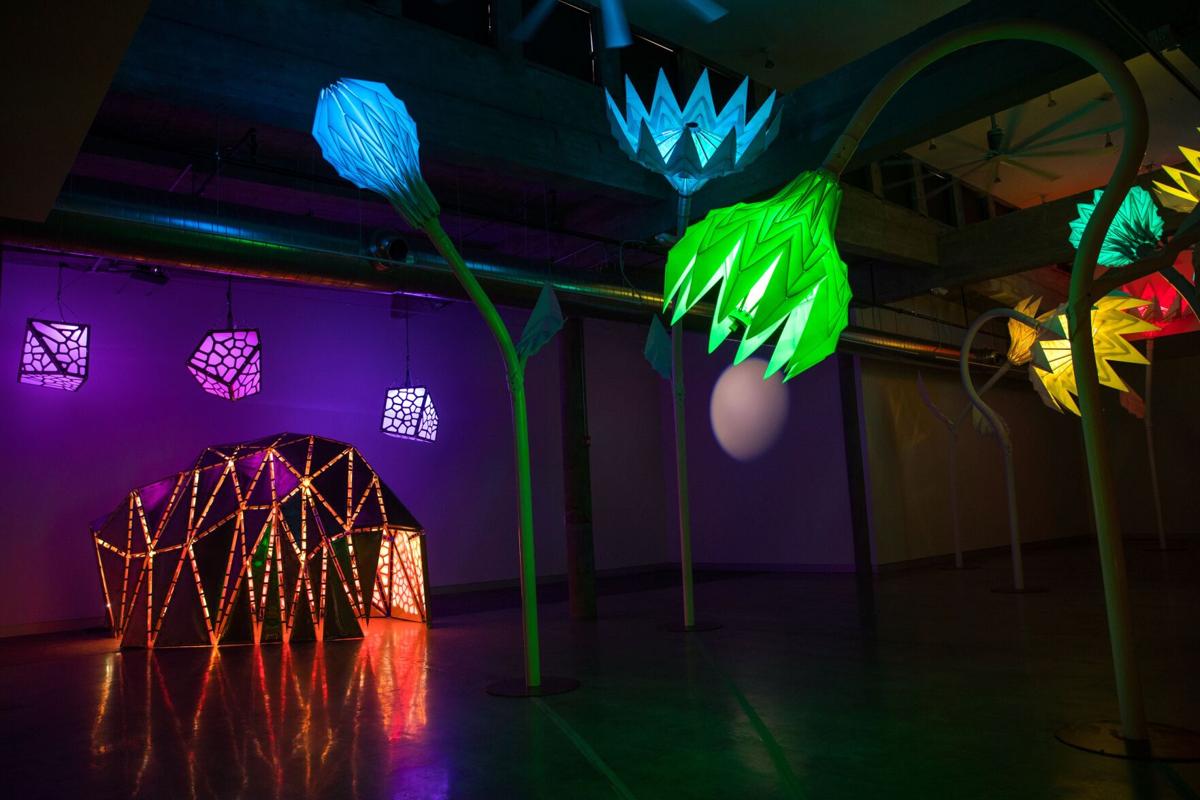 Groups involved with the arts, culture and humanities like Kaneko could receive grants under a bill in the Nebraska Legislature that would help jump-start projects interrupted by the pandemic. An amendment would add nonprofits operating sports complexes to the measure. 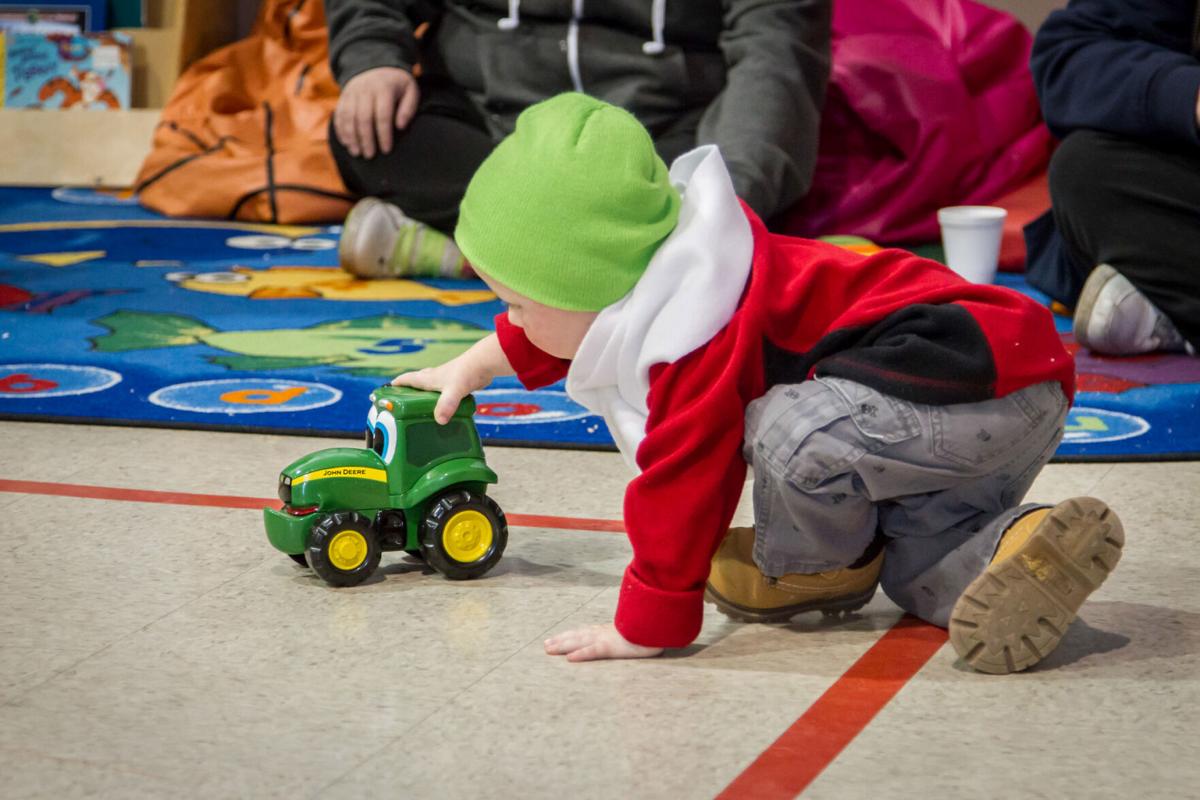 Kids Can Community Center is among nonprofits that could benefit from a proposed bill in the Nebraska Legislature to help jump start projects interrupted by the pandemic.

The Union for Contemporary Art is among the nonprofits that could benefit from a proposed bill in the Nebraska Legislature to help fund projects interrupted by the pandemic.

The Henry Doorly Zoo's new penguin exhibit is among the projects that could benefit from a proposed bill in the Nebraska Legislature to help projects interrupted by the pandemic.