Roughly 200 people filled an Omaha conference center Thursday to take in and pitch ideas for $335 million worth of recovery dollars earmarked for underserved areas of the state.

It was the last of four public hearings held by a special legislative committee created to identify projects for the funding. Through all four hearings, 77 people testified with ideas, according to legislative staffer Trevor Fitzgerald, including 30 on Thursday.

None of the testimony counted as an official proposal, however. State Sen. Justin Wayne of Omaha, the leading lawmaker on the project, said all ideas must be submitted on the project’s website, omahaeconomicrecovery.com, for them to be considered.

Those who testified ranged from vice provosts and CEOs to everyday residents. Outside the main conference center, Wayne said the committee invited multiple architects and engineers with whom attendees could work to hash out project details.

“We don’t want to turn down any ideas,” Wayne said.

One of the most common proposals pitched Thursday was affordable housing, with at least four people testifying in favor of specific developments.

“Housing is desperately needed all over the state,” one attendee said.

The special committee is working with engineering firm Olsson to vet all proposals for their “generational impact,” according to Wayne. Ideas can be submitted until Oct. 9, at which point Olsson will review all the proposals and submit recommendations to the committee by early December.

The committee will then use the recommendations to draft a bill to allocate the money for the selected projects during the Nebraska Legislature’s next session, which begins in January.

The first step of this project, Legislative Bill 1024, dubbed the Economic Recovery Act, was signed into law this year. It set aside the funding to help historically underserved areas in North and South Omaha, along with some other low-income communities in Lincoln and rural Nebraska.

Of the $335 million allocated for LB 1024, about $250 million comes from the federal American Rescue Plan Act. Most of the remaining money comes from Nebraska’s general fund, cash reserve and a coronavirus capital projects fund.

Stan Parker, who played for the Huskers in the 1980s and is now executive director of the Christian radio ministry The Bridge, plans to announce his mayoral candidacy.

Depending on the outcome of November's elections, there could be enough support in the Nebraska Legislature to do away with the process of electing leadership via secret ballot.

Nebraska officials are predicting a controversial new Alzheimer's drug could drive up state Medicaid costs by more than $16 million annually.

"That's not George, that's me," said Dustin Rymph. But the group behind an attack ad on George Dungan stood by the use of a pair of photos of Rymph.

Grappling with nation-leading prison growth, Nebraska officials are looking at ways to expand the state's problem-solving courts as a potential solution.

Nebraska is increasing the maximum amount of aid available through a pandemic-era program created to help distressed homeowners avoid foreclosure.

The hour-long debate touched on many of the same topics and arguments made during a debate one week earlier, with abortion, student debt forgiveness and inflation factoring into Sunday's discussion.

Hearing in Herbster v. Slama case delayed again, this time due to COVID-19

An upcoming hearing in the legal battle between former gubernatorial candidate Charles W. Herbster and State Sen. Julie Slama has been delayed once again, this time because of COVID-19.

This AI-powered, deep learning firefighter helmet could help save lives 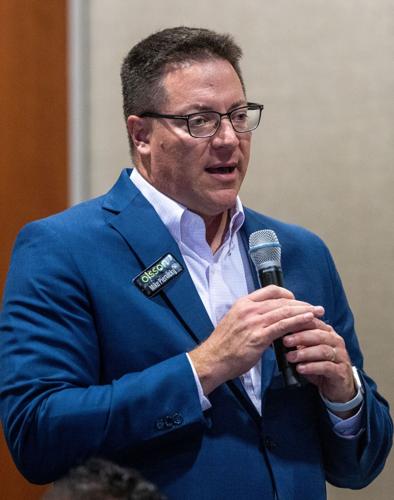 Mike Piernicky with engineering firm Olsson speaks during a public hearing in Omaha on Thursday. Lawmakers hired the firm to help review proposals for the Economic Recovery Act. 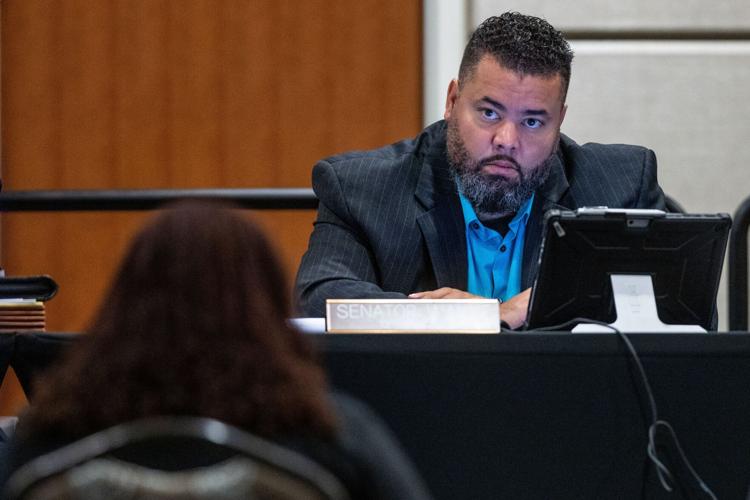 State Sen. Justin Wayne listens to a representative from the Doris Moore Center for Holistic Development during a public hearing in Omaha Thursday.