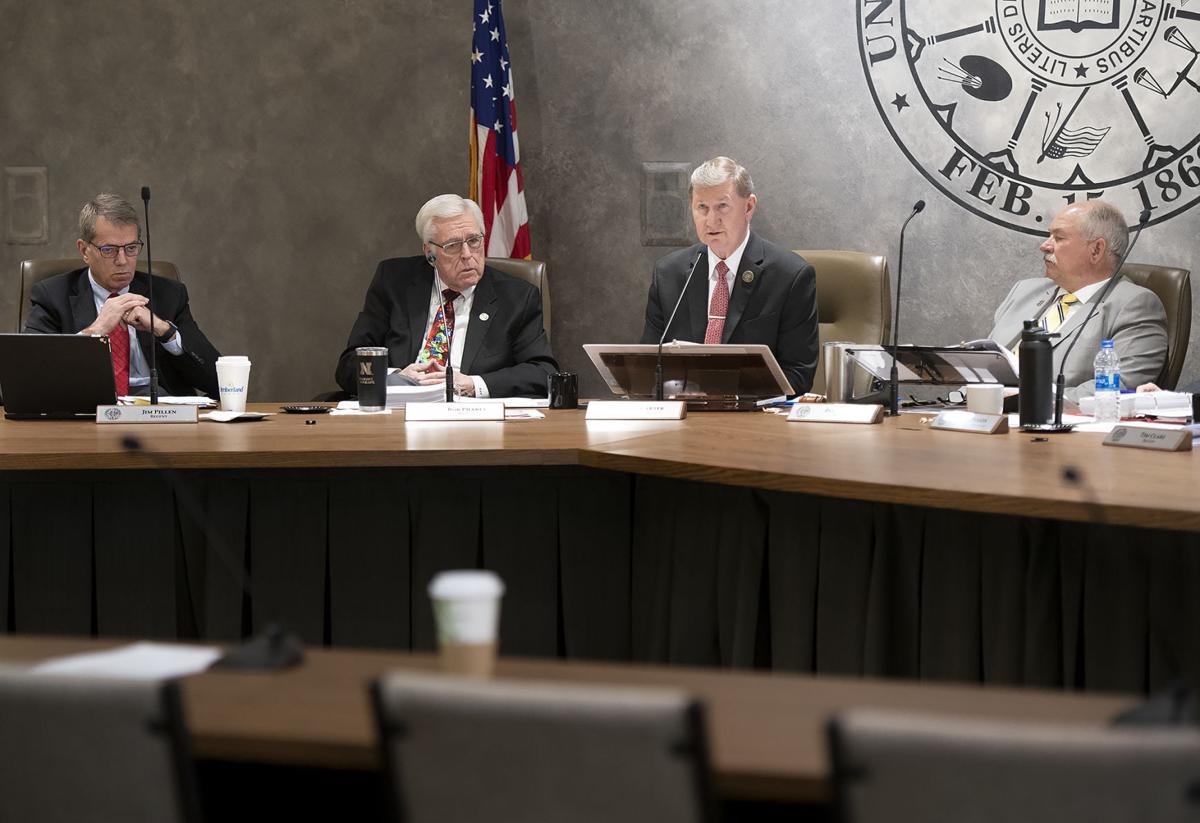 University of Nebraska President Ted Carter, second from right, speaks at the Board of Regents meeting Friday in Lincoln. Also pictured, from left to right, are Regents Jim Pillen, Bob Phares and Paul Kenney. 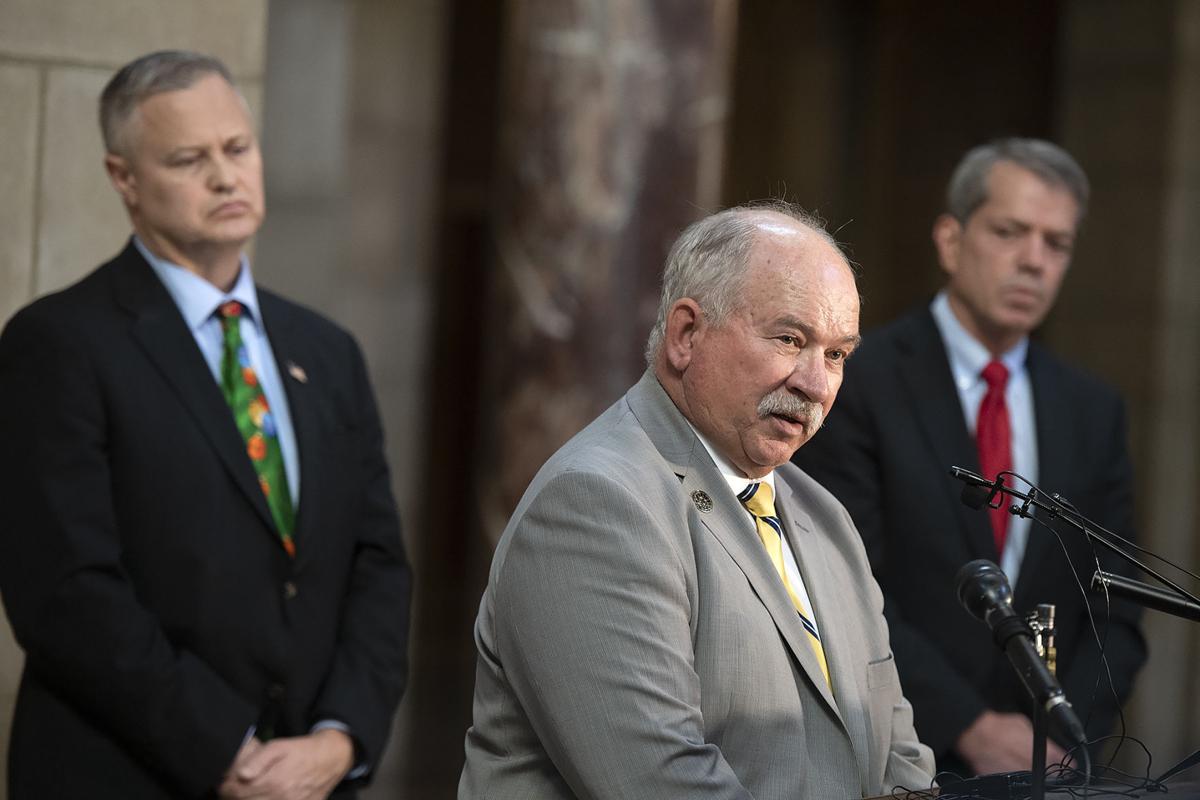 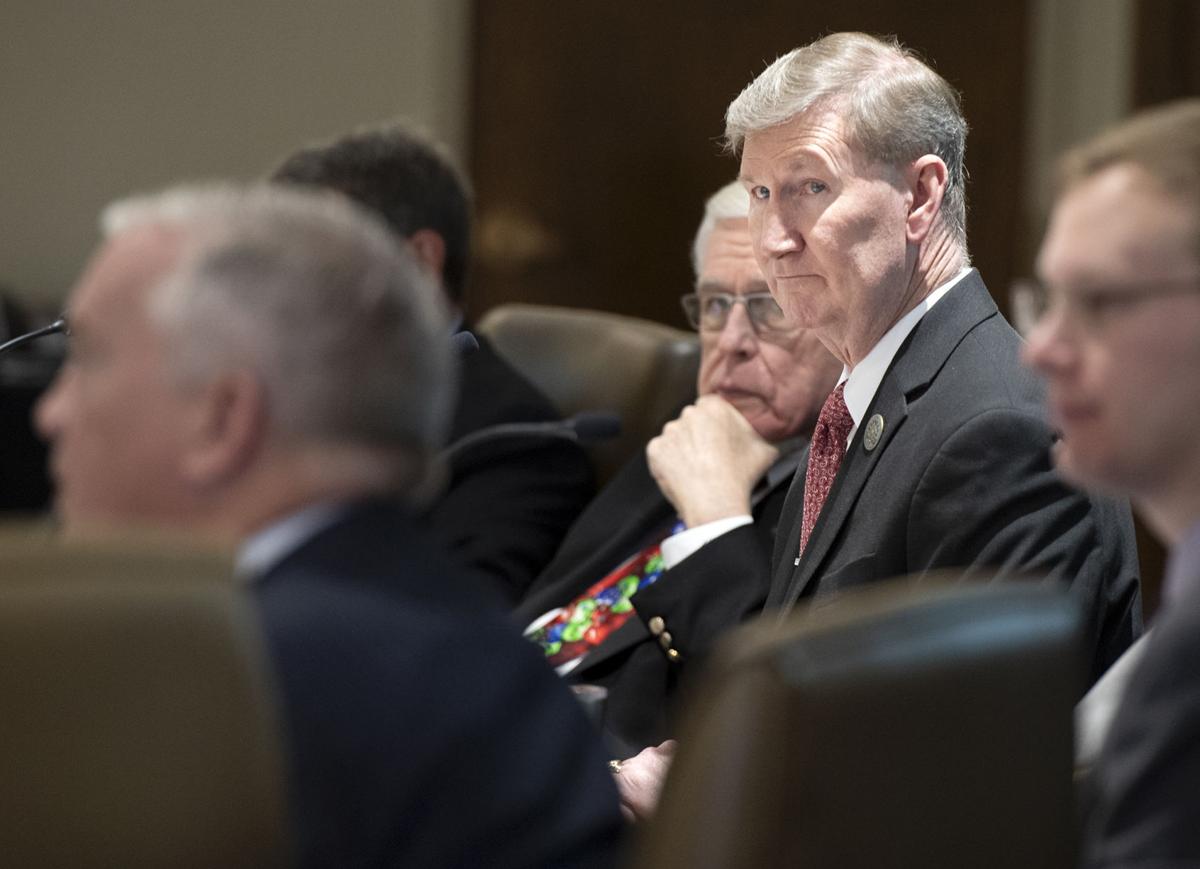 University of Nebraska President Ted Carter listens to remarks by Regent Tim Clare at the Board of Regents meeting Friday at Varner Hall. 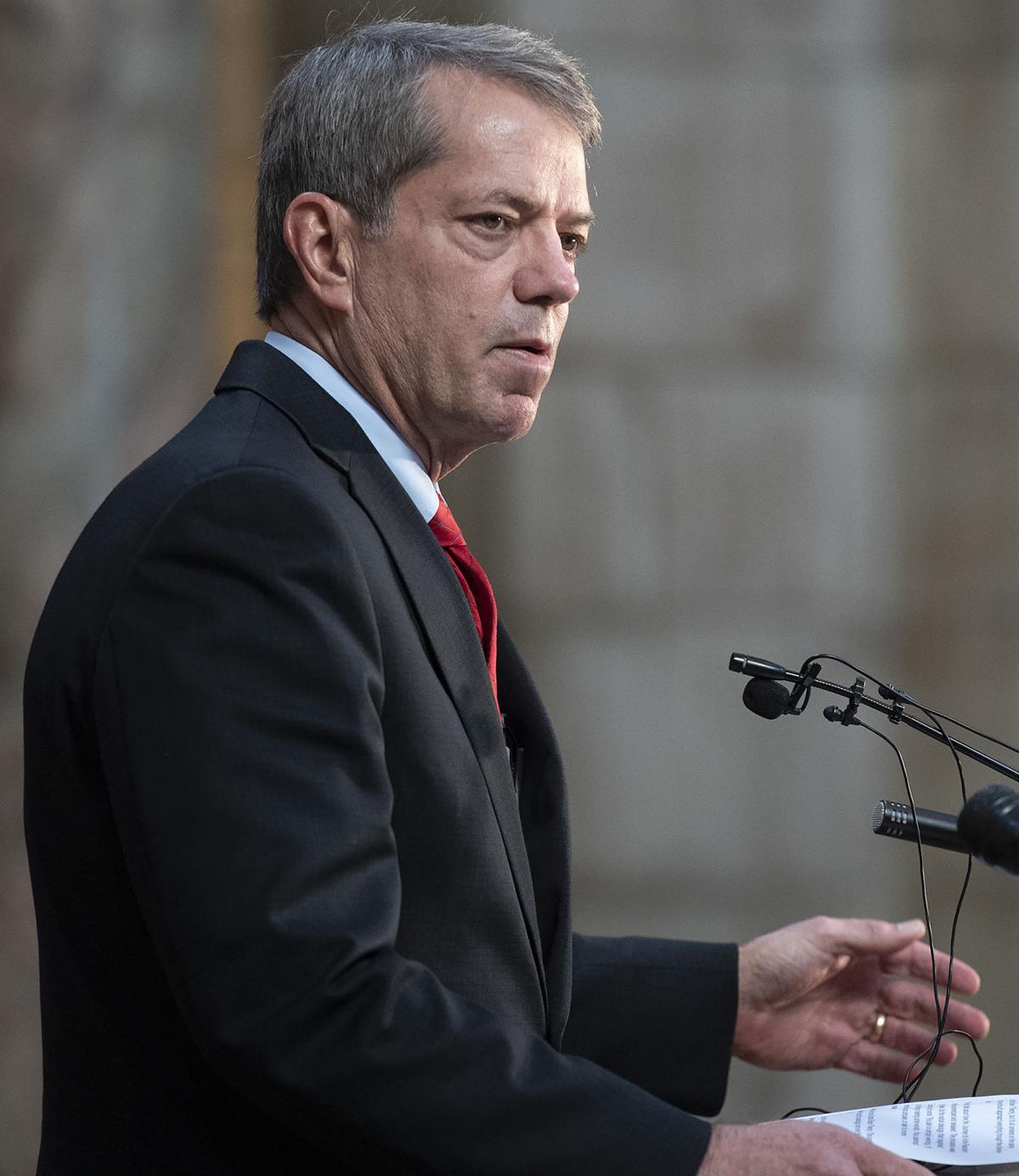 LINCOLN — Calls from conservative politicians to come out in opposition to the University of Nebraska-Lincoln’s racial equity and inclusion plan failed to inspire vocal objections at the NU Board of Regents meeting Friday morning.

The only ones who commented at the meeting on the plan, which is dubbed a “Commitment to Action” and is part of UNL’s Journey for Anti-Racism and Racial Equity, spoke favorably of the proposal and also voiced support for Chancellor Ronnie Green, who has been heavily criticized by Gov. Pete Ricketts since the plan’s release in mid-November.

Regents also refrained from voicing any thoughts during the meeting, instead saving them for afterward.

NU President Ted Carter restated his support of the plan while saying communication with the regents could have been better.

Multiple regents have criticized Green for a lack of communication before the plan’s release — a critique that Green, who attended the meeting but did not address the regents, has acknowledged and apologized for.

Ricketts has condemned the plan as “anti-American” and said he has lost faith in Green. In a column earlier this week, he called on opponents of the plan to attend Friday’s meeting and voice their opposition.

That did not happen.

Three people who spoke about the plan, including UNL Faculty Senate President Steve Kolbe, all praised it.

“It is repulsive to me that some individuals are so prejudiced that they think an initiative like this is inherently anti-White,” she told the board. “I hope you all recognize the critical importance of this initiative.”

Another UNL student, Madison Whitney, said she is proud to have Green as her chancellor.

“His work on the Journey for Anti-Racism and Racial Equity plan gives me hope for my university,” she said.

Speaking Friday, Carter said the plan fits into NU’s vision and history of offering opportunities to all students.

“We were created, along with all land-grant institutions, because the leaders of our country recognized higher education should be available not to a few, but for all. Not just those with means,” he said.

NU has “a long history of providing these opportunities,” Carter said, “but I believe we can do more to make certain that the University of Nebraska and the great state of Nebraska is a place of choice for everyone.”

The UNL plan calls for numerous steps to address racial inequality on and around campus. Proposed actions include collecting and analyzing data, reviewing its hiring processes in the context of race, offering regular anti-racist teaching seminars to review curriculum and collaborating with Lincoln police to prevent poor treatment of minority community members off campus.

Carter acknowledged that discussion about race can be uncomfortable.

“We need to get comfortable being uncomfortable,” he said.

Editorial: UNL racial equity plan does not threaten Nebraska; it makes us stronger

Noting the lack of communication between UNL and the regents before the plan’s rollout, Carter pledged that he and Green will work hand in hand with the regents in implementing the plan. He said the university will also welcome input from Nebraskans.

The plan has received sharp criticism from some regents.

Regent Jim Pillen, a 2022 Republican gubernatorial candidate, again denounced the plan in a statement after the meeting, calling for it to be scrapped.

“This plan is simply wrong. It can’t be fixed by changing or deleting some words. You cannot rename this, expand it across campuses, or talk to more Nebraskans about it,” Pillen said. “No more of this ‘journey.’ No more Critical Race Theory. This ends now.”

During a Friday afternoon press conference with Pillen, Regents Paul Kenney, who is chairman of the board, and Rob Schafer echoed Pillen’s call.

Pillen said everyone was “blindsided” when UNL announced its plan.

In August, the three regents voted in favor of Pillen’s resolution to reject “any imposition” of critical race theory at NU universities. Administrators said at the time that the resolution was a solution in search of a nonexistent problem. The resolution was rejected by a 5-3 vote.

When questioned by reporters, the three regents did not identify any action steps to eliminate the UNL plan. When asked whether Green should resign, the regents demurred.

In an interview shortly after the board meeting, Regent Bob Phares commended the overall goal but criticized the communication.

“The idea is a good one. The implementation didn’t work so well,” he said. “We’re going to retool the pattern going forward. The board will have good involvement in that. I think that will make everyone feel more comfortable.”

Regent Tim Clare also said communication with the board was lacking.

Earlier this week, State Sens. Steve Erdman of Bayard and Steve Halloran of Hastings called for Green’s resignation. The two senators have a history of conflict with Green.

Sen. John McCollister of Omaha publicly defended Green on Twitter. McCollister, along with Sen. Machaela Cavanaugh of Omaha, criticized Ricketts for his rhetoric about UNL’s plan, which received an endorsement earlier this week from the Omaha and Lincoln chapters of the NAACP.

It’s unclear what the overall feedback about the plan has been from members of the public outside of those who spoke at Friday’s meeting.

When contacted, NU spokeswoman Melissa Lee said there was no way to quantify how many people provided feedback because they had multiple avenues, including letters, phone calls and emails to individual regents, Carter, Green and other parties.

Lee said that the university’s central administration office has heard from people, including alumni and community members, in the weeks since the plan’s release but that the volume of feedback hasn’t been overwhelming. It’s unknown how much of the feedback has been positive or negative, she said.

Ricketts said UNL's racial equity plan "will pit people against each other by conditioning everyone to see others through the lens of race rather than as individuals with unique strengths."

UNL has received a $51 million grant to advance the research into subatomic physics at the the world’s largest, most powerful particle accelerator.

Banned concepts under the bill include that one sex or race is inherently superior to another, that the U.S. or Nebraska are "fundamentally or systemically racist or sexist," among others.

University of Nebraska President Ted Carter, second from right, speaks at the Board of Regents meeting Friday in Lincoln. Also pictured, from left to right, are Regents Jim Pillen, Bob Phares and Paul Kenney.

University of Nebraska President Ted Carter listens to remarks by Regent Tim Clare at the Board of Regents meeting Friday at Varner Hall.