Jim Pillen, the hog producer and University of Nebraska regent who won a bitterly contested GOP primary for Nebraska governor, has been striking a different chord in ads lately — but he says the campaign’s strategy remains the same.

“We are very, very invigorated, and very humbled by the support of the Nebraskans across the state,” he said, adding that the campaign will be ramping up again soon and will work hard to “bring Nebraskans together.”

During the primary, many of the GOP nominee’s ads emphasized national, hot-button issues.

“A man of faith, Pillen is 100% pro-life,” one voiceover said. “Pillen will always stand strong against the radical transgender agenda, and Pillen will crack down on illegal immigration in Nebraska, because Washington never will.”

He sounds markedly different in his most recent ad: “I’m Jim Pillen, and I love Nebraska. I love Nebraska steaks and Dorothy Lynch dressing. I love football Saturdays, where we always sell out. Nebraskans don’t care about what you look like, we care about each other.”

In an interview Friday, too, he emphasized a focus on a “we are Nebraska” attitude.

“We need every single one of us, all together, so that we can grow Nebraska and that we can meet the challenges,” he said. “This is the best place in the world to live, I want to make sure it’s that way for our grandbabies and future generations.”

He’ll be at plenty of parades this summer, he said, and the campaign is getting requests to speak at events. They’ll try to be a little more “measured” now — rather than the sun-up-to-sun-down primary campaign pace — but he said their grassroots strategy is the same.

“There’ll be innumerable opportunities, it appears, to keep doing what we’ve been doing and hopefully be in front of more people as we go across the state,” Pillen said.

Their message will focus on keeping kids in Nebraska and getting them trained, running government “like a business,” supporting agriculture as the backbone of the state and standing up for “our values.”

Nebraskans across party lines, he said, believe in hard work, making life better and “raising their children the way they see fit.”

Asked to respond to the message his Democratic opponent, State Sen. Carol Blood, has been sending — that there are long-standing issues in the state that require change to address — Pillen said “Nebraska is thriving” as it emerges from challenges such as historic flooding in 2019 and the pandemic.

But there are opportunities to improve, he said, including in stopping the “outmigration” of kids and controlling property and income taxes. He also thinks government should cut spending and be more efficient.

“Nebraska is the greatest place in the world to live because of our people,” he said. “Is everything perfect? Of course not. It won’t be when I’m finished being governor. That’s called human beings working together to keep making things better.”

Pillen participated in forums and other events ahead of the primary, but he declined to participate in debates, attracting criticism from his opponents. His campaign cited a focus on meeting voters face to face, but also said that debates serve as political theater.

Unlike forums, debates typically allow candidates to respond to opponents and are often moderated by professional journalists.

“We have to be able to show ... that we not only can think on our feet, but we understand how government works and the role it plays in whatever issue we’re being asked,” she said.

Whether voters will see Pillen and Blood face off on a debate stage before the November election is unclear.

“When it comes to the general you know, our strategy is grassroots campaigning, and events where we’re with the people of Nebraska,” Pillen said Friday. “And, in regard to debates, those — that’s still under consideration.”

Ricketts' comments came in response to a question regarding a Tweet by Republican gubernatorial candidate Jim Pillen. "We need to put God back into our schools," Pillen tweeted.

State Sen. Mike Flood defeated Sen. Patty Pansing Brooks in a special election Tuesday to fill the remainder of the term vacated by Jeff Fortenberry. The two will face off again in November.

The special election between Mike Flood and Patty Pansing Brooks revealed the potency of abortion as an election issue. Will it remain as powerful a motivator when they meet for a rematch in November?

Gov. Pete Ricketts is wasting no time in seeking applicants to replace State Sen. Mike Flood of Norfolk in the Nebraska Legislature.

Women from Nebraska, Iowa and South Dakota who have had abortions reflect on decisions

Four abortion advocates from Nebraska, Iowa and South Dakota spoke Thursday about their abortions and why they think women and families need the option.

Follow along for live updates on the special election to fill out the remainder of former Rep. Jeff Fortenberry's term in Congress.

Campaigns to raise the minimum wage and enact voter ID say they're on track to meet their signature-gathering goals, but an effort seeking to legalize medical marijuana remains short of its goal.

Voters in Nebraska’s 1st District Tuesday will decide who will represent them in the U.S. House of Representatives for the next six months.

The Nebraska Department of Economic Development announced that 23 nonprofits in Douglas and Sarpy Counties will receive millions in grants. 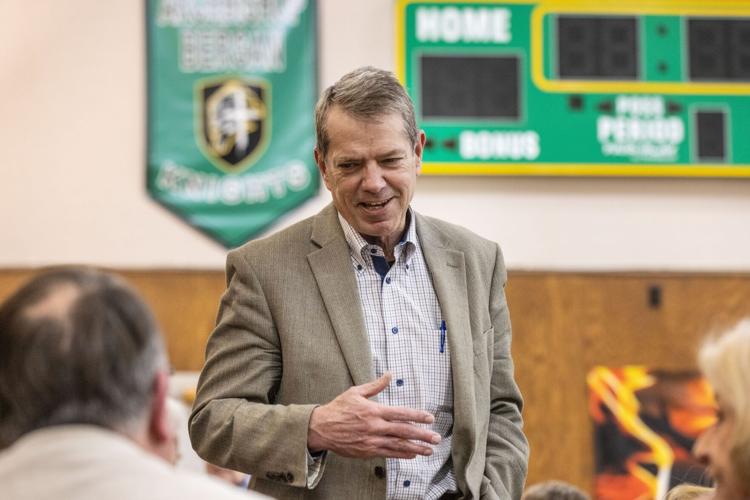 Jim Pillen campaigns at a fish fry in Fremont in March. Pillen won a hard-fought Republican primary race for governor. He will now face State Sen. Carol Blood, a Democrat, in the November general election. 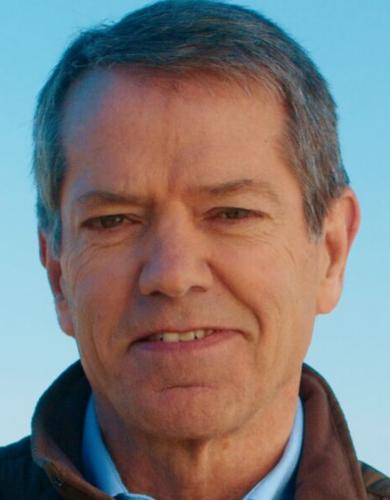