At 25 years old, Emily Ethington is the youngest election commissioner to be appointed in Sarpy, Douglas or Lancaster County in at least the last two decades.

She’s also twin sister to another appointee of Gov. Pete Ricketts, State Sen. Julie Slama of Sterling, who the governor appointed to the Legislature at 22 years old after serving as press secretary during his 2018 campaign.

Ricketts’ pick to run elections for the third-largest and fastest-growing county in Nebraska prompted surprise among some local officials and criticism from the chair of the state Democratic Party. But others are reserving judgment, and her lack of elections experience coming into the job is not unusual in the state’s three largest counties, where the governor appoints the election commissioner.

Ethington, who denied The World-Herald an interview but answered an emailed list of questions, said she has always had “a passion for service and community involvement.”

“My goal is to fulfill the duties of this position in accordance with federal and Nebraska laws, and to ensure that elections in Sarpy County are conducted fairly, effectively and efficiently,” Ethington wrote.

Under Nebraska law, the governor appoints the election commissioner for counties with a population of more than 100,000 people. The commissioner must be a registered voter, a resident of the county for at least a year, and “of good moral character and integrity and capacity.”

Ethington will head the Sarpy election commission, which has four full-time employees in addition to her and a chief deputy, according to county spokesperson Megan Stubenhofer-Barrett. The office also typically hires temporary staff during election season.

State law requires that the commissioner appoint a chief deputy of a different political party. Current Sarpy County chief deputy Michelle Boyland, a Democrat and former substitute teacher for the Bellevue Public Schools, was appointed in July 2020. Stubenhofer-Barrett said she believes it’ll be up to Ethington when and if she decides to appoint a different deputy.

In 2013, the County Board boosted the position’s annual base salary from $63,000 to $80,000. The human resources director reasoned that then-Commissioner Wayne Bena — who has a law degree and now serves as the deputy secretary of state in charge of elections — had been doing the work of a department head for the salary of a deputy.

When Bena took the helm at age 32, he said he had met with county and GOP leaders across the state to gauge support for someone who would bring youth and a legal background to the position. He had worked as a staffer for several successful campaigns, including for former Gov. Dave Heineman (who appointed Bena), served on the board of trustees for Sanitary and Improvement District 96, and had worked as the communications director for the Nebraska GOP.

Michelle Andahl, who Ricketts appointed election commissioner in 2017, submitted a letter of resignation July 26. She took a job leading the Greater Bellevue Area Chamber of Commerce. Ricketts appointed Ethington to serve the remainder of Andahl’s term, which ends Dec. 31, and another four-year term.

By contrast, the Governor’s Office issued a press release this week announcing that Ricketts was “seeking qualified applicants” to fill a vacancy on the State Board of Education.

Taylor Gage, Ricketts’ spokesman, said via email that the PDF is the “customary way” to advertise such vacancies, but that the Governor’s Office typically sends out a “standalone” announcement for elected positions. And, he noted, Andahl’s departure was covered by local media.

Archived press releases show that calls for applicants are common for vacant legislative seats and that no call was issued before Ricketts appointed Ethington’s predecessor. However, the office has also issued such a call for at least two non-elected seats, the directors for the State Department of Agriculture and Economic Development.

Asked whether Governor’s Office staff encouraged Ethington to apply and whether they did so for anyone else, Gage said: “Several members of the community who had worked with Ms. Ethington reached out to her to apply.”

Ricketts said Ethington was the only person he interviewed for the position and he wasn’t sure if anyone else had applied.

Ethington applied Sept. 15 but was contacted the day before to schedule an interview, records show. She was appointed Sept. 21. One other person did apply — a legislative aide who graduated from college in 2019 — but not until the same day Ethington’s appointment was announced, Sept. 30.

“Emily’s a very intelligent young lady, and she has some experience that was working with organizations … grassroots work, I thought she’d be an excellent choice to manage that office,” Ricketts said.

“I’m just extremely disappointed that the governor chose an election commissioner for the third-largest county in the state and didn’t reach out to any elected official for input,” he said.

Gage suggested the impetus was on Kelly to reach out.

“The Governor would have welcomed Commissioner Kelly’s input, however, at no point in the two months since Ms. Andahl announced her resignation until the position was filled did Commissioner Kelly reach out to the Governor or to his office with suggested candidates or thoughts on qualifications for potential candidates,” Gage wrote.

Another County Board member, Jim Warren, said the appointment surprised him.

“I was surprised by the appointee’s lack of experience in her appointment to Nebraska’s fastest-growing county,” Warren wrote in a text message. “I look forward to meeting her and hearing her vision for the office.”

Asked what about her background prepared her for the role, Ethington pointed to her master’s of science degree in organizational management from Peru State College and wrote that she has “a background in staffing and managing a large office, and experience in maintaining compliance standards within the financial services industry.”

She served as field director for her sister’s campaign from July 2019 to November 2020, according to her LinkedIn profile, and as county field director for the Nebraska Republican Party from July to November 2020. Most recently, she spent about six months as a branch office administrator at Edward Jones in Papillion. That role, according to its job posting, includes six months of training.

She spent almost three years, while getting her master’s, at Pinnacle Bank as a commercial loan assistant. She also worked as a special projects intern at the bank for half a year, assisting the human resources department.

Asked whether Ethington’s relationship to Slama played a role in the appointment, Ricketts replied: “Emily applied, expressed an interest in it on her own, and was very qualified to be able to do the job.”

Speaking on KFAB radio, Slama said her sister is “very well-qualified and well-suited” for the role.

“She’s an outstanding leader with a ton of experience on the administrative side and the organizational side,” she said. “So, I’m excited to watch her serve the citizens of Sarpy County as election commissioner and watch her take on that new role.”

Ethington said she does not think her sister’s position helped her secure the appointment.

Records indicate Ricketts donated $25,000 to Slama’s successful effort to keep her seat in 2020, the most he gave to any candidate. Both Ricketts and the GOP Central Committee backed Slama in that bitterly contested race against fellow Republican Janet Palmtag, who was endorsed by Heineman and GOP Rep. Jeff Fortenberry.

In the Legislature, Slama has been a reliable conservative vote and typically aligns with the governor. She’s voted against bills to legalize medical marijuana, advocated against repealing the death penalty after voters restored it in an effort funded by Ricketts, and spearheaded proposals to require photo ID at the polls and return Nebraska to a winner-take-all system for awarding Electoral College votes.

Just this week, Slama tweeted about her opposition to vaccine mandates and that she’d support calling a special session to ban them the day after Ricketts made news for sympathizing with that idea.

Ethington’s age stands in stark contrast to the state’s other two appointed county election commissioners when they were chosen.

According to World-Herald archives and public records, Lancaster County Election Commissioner David Shively was 38 when then-Gov. Mike Johanns appointed him in 1999. He had been an aide to U.S. Rep. Doug Bereuter for several years. Before that, he was a district executive for the Mid-America and the Cornhusker Councils of the Boy Scouts of America and a field representative for the Nebraska GOP.

Douglas County Election Commissioner Brian Kruse was 41 at the time Ricketts appointed him in 2015 and had been a funeral director at Braman Mortuary. He was active in GOP politics, serving in volunteer campaign positions. He had also once worked as an assistant administrator of the unclaimed property division in the Nebraska Treasurer’s Office.

However, younger commissioners aren’t unheard of in such appointments. Examples include:

Carlos Castillo Jr. was appointed Douglas County election commissioner in 2003 at age 29. Before that, he managed reelection campaigns for U.S. Rep. Lee Terry in 2000 and 2002 and directed the Nebraska PAC, the political arm of the Greater Omaha Chamber of Commerce.The late, widely respected Mike Boyle, would have been in his late 20s when he was appointed in Douglas County in the early 1970s. He had served as deputy election commissioner for a couple of years leading up to his appointment.

Ethington’s appointment prompted pointed criticism from Jane Kleeb, chair of the state’s Democratic Party: “The integrity and security of our elections is now in the hands of an inexperienced Republican Party field operative,” Kleeb said in a written statement. “How low does Ricketts have to go in order to disrespect our state’s honorable and hard-working election commissioners by appointing party operatives?”

However, Charlene Ligon, Sarpy County Democrats chair, wasn’t so quick to judge. She said she doesn’t really know anything about Ethington.

“I guess we were just a little bit surprised at her age, yes, but I don’t think anyone goes into the job of being election commissioner or the deputy with any kind of experience doing that kind of work,” Ligon said, adding that the position is unique.

All anyone can ask of an election commissioner or their deputy, she said, is someone who follows the rules and does what’s expected.

“I’ll give her the opportunity, and I’m sure she wants to do her job,” Ligon said.

It's time to remove the governor's appointment power of local election commissioners and make them an elected position.

It was who didn't make the cut that had courthouse regulars murmuring: State Sen. Justin Wayne current Douglas County Court Judge Grant Forsberg, who was seeking a promotion to district court.

The proposal would drop Emily Ethington's pay as election commissioner in 2022 to $72,753. That's 16% less than the current salary.

Emily Ethington, who's 25 and the twin sister of fellow Ricketts-appointee Sen. Julie Slama, was appointed by the governor to serve through the end of the current term and another four-year term. 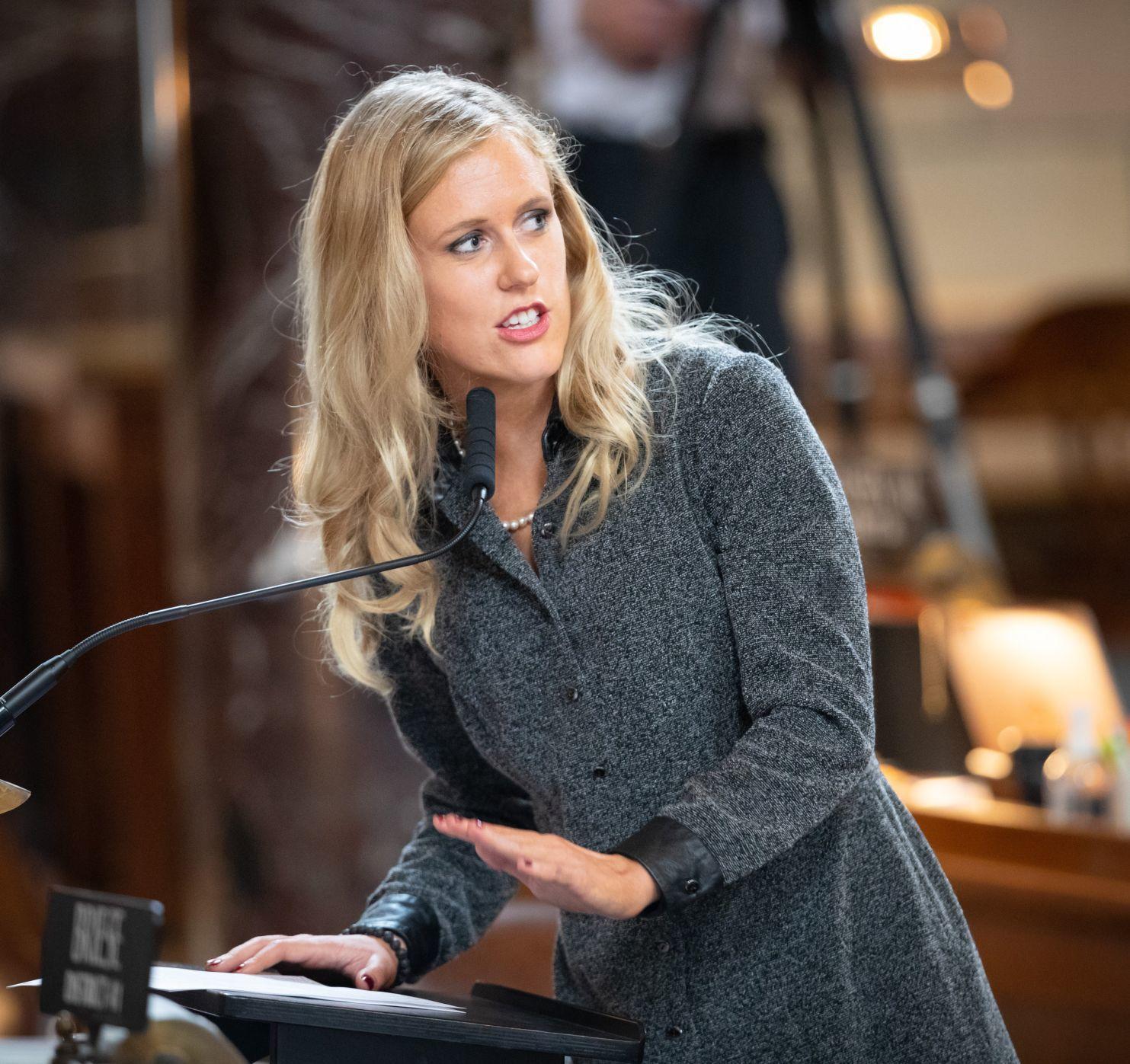 State Sen. Julie Slama of Sterling was appointed to the Legislature at age 22 by Gov. Pete Ricketts after serving as press secretary during his 2018 campaign. 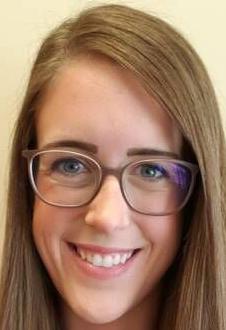