The comprehensive plan would examine everything from hiring to financial aid and from enrollment to classroom instruction. The University of Nebraska-Lincoln released the plan Wednesday.

Ricketts said the plan would inject critical race theory “into every corner of campus.”

“It will pit people against each other by conditioning everyone to see others through the lens of race rather than as individuals with unique strengths,” Ricketts said in a statement.

Ricketts said Green called him Tuesday to advise him of the plan’s pending release.

“I urged Chancellor Green to avoid divisive policies,” the governor said. “Since then, Chancellor Green has misrepresented my position on it in conversations with university stakeholders. He has told people that I support it, and nothing could be further from the truth.”

Batool Ibrahim, a student regent from Lincoln who is majoring in political science and global studies, has described the plan as commendable, explaining that she has encountered racism on campus, including being called the N-word.

“The University of Nebraska-Lincoln is setting the stage for the State of Nebraska,” she said.

UNL embarked on the plan after the murder of George Floyd, a Black man, by a White Minneapolis police officer in May 2020. Floyd’s death sparked national outrage.

Regent Paul Kenney, an agribusinessman, farmer and rancher from the Amherst area, said UNL should have involved the regents in the process.

Kenney, chairman of the board, said he received his first a copy of the plan less than a day before it became news.

“I don’t think that’s right,” he said. “With something this major, they ought to get a little bit of input before it hits the airwaves.”

Ricketts calls on fans to act respectfully, speaks out about response to kneeling players

Kenney was among the regents to vote for fellow Regent Jim Pillen’s proposal to ban critical race theory in the NU system. The board voted down the proposal 5-3 in August.

Critical race theory — an academic approach that views race as influencing many aspects of society, including the legal system — has increasingly been invoked by conservative politicians when referring to matters dealing with race and diversity. After Ricketts said he opposed critical race theory during a radio call-in show in June, a professor at UNL said the governor’s remarks reflected a lack of understanding of the theory.

Pillen, a Republican running to replace Ricketts as governor, also has condemned the racial equity plan, saying that it’s divisive and violates the Nebraska Constitution and the Board of Regents’ bylaws.

Hoiberg: 'Lift Every Voice and Sing' will continue to be played at Husker basketball games

A UNL spokesperson Wednesday said the university worked to ensure that its proposal did not run afoul of the constitution or the bylaws. The plan does not require approval by the regents, according to the spokesperson.

As for how to chart a path forward in terms of NU’s independence, Kenney said:

“We still manage the university, and we have a good relationship with the governor,” he said. “He has a right to his opinion along with everyone else. The ink has got to get dry, and we’ll be addressing this. ... We will just try to get to that point.”

The 5-3 vote, which came after emotion-filled arguments, was a defeat for Regent Ji, Pillen, the Republican candidate for governor who introduced the resolution.

Several Omahans described the song, “a story about an exodus from slavery to freedom,” as an important part of shaping their identity and pride as Black people in America.

Gov. Pete Ricketts escalated his dispute with the University of Nebraska-Lincoln on Monday even as the university system president issued an open letter aimed at easing tensions.

Editorial: UNL racial equity plan does not threaten Nebraska; it makes us stronger

Updating practices developed perhaps decades ago without consideration of non-White elements of our society does not threaten us. It makes us better.

Other state senators have defended efforts to implement more equitable policies at UNL, and they blame Gov. Pete Ricketts for stoking division.

The only members of the public who commented on UNL's racial equity plan at Friday's NU Board of Regents meeting spoke favorably of the proposal and voiced support for Chancellor Ronnie Green. 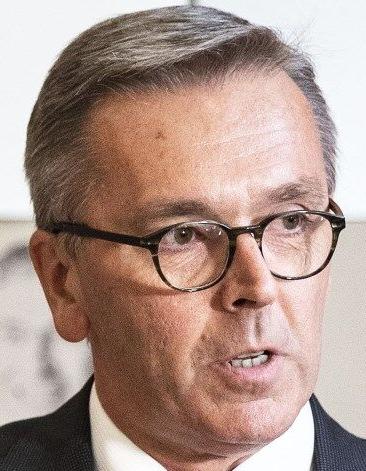