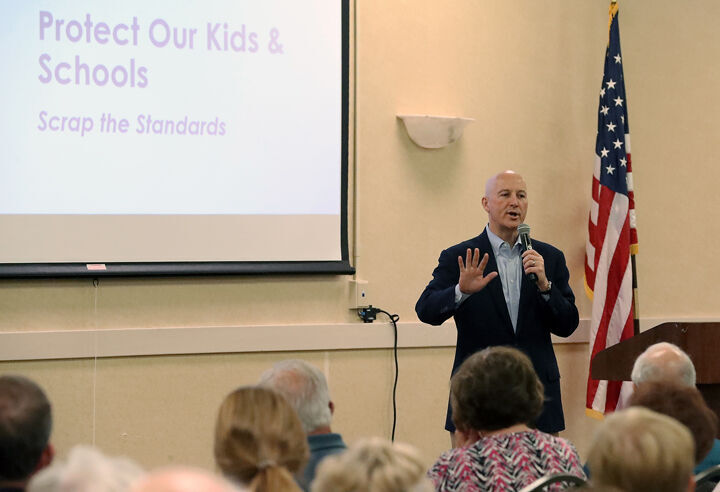 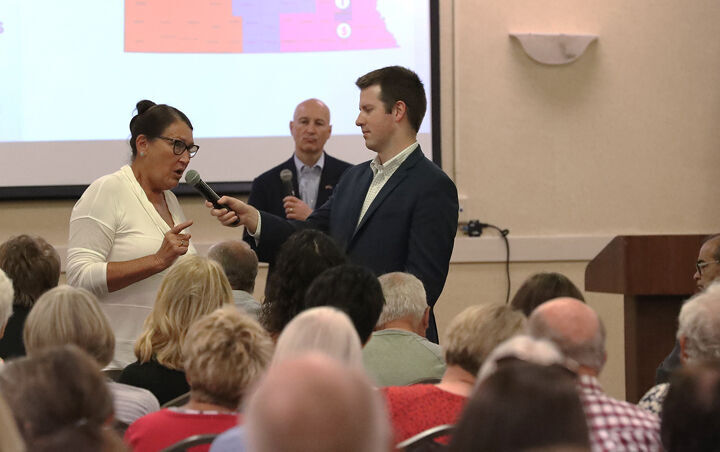 At the Ramada Midtown Conference Center, Ricketts repeated his opposition to a draft of the standards released in March by the State Department of Education. The standards, among other things, call for teaching children as young as 6 about gender identity and gender stereotypes as a part of sex education.

Supporters argue that the draft standards will reduce bullying, prevent suicides and make schools more welcoming for all students.

Opponents, including the governor and at least 30 state senators, contend that the draft standards are inappropriate.

Such “political” and “nonscientific” topics should be left to parents, Ricketts argued.

“Parents are the people who are primarily responsible for a child’s education,” he said.

Multiple people at the town hall expressed concern about the age-appropriateness of the subject matter being proposed. There were an estimated 150 people at the meeting — the first of two held by the governor Thursday.

“It was immediately clear to me that these (standards) are flawed,” he said. “The voices of Nebraska were not being heard. Parents were not being included. And because of that, we got a bad result.”

Greg Brown, a University of Nebraska at Kearney sports sciences professor, said he spoke as an educator on health sciences and a concerned Nebraskan.

He added, “It seems to me like they’re trying to indoctrinate our children in things that are diametrically opposed to conservative family values.”

State Sen. Ray Aguilar of Grand Island called for the standards to be scrapped.

“Although parts of these standards are common sense ... other parts go far beyond what we expect our teachers to address in the classroom,” he said. “I don’t think any of us will disagree that it’s important to teach kindergartners to properly wash their hands. But I think we’d all agree it isn’t appropriate to teach a fourth grader concepts of transgenderism.”

Nita Lechner, who taught junior high-level sex education in Grand Island for 32 years, said she is “1,000% totally against” the proposed standards.

“They are developmentally inappropriate. It’s, to me, mass grooming, teaching our children that sex is OK,” Lechner said. “I think it’s great this is happening because this will wake parents up. It’s a great opportunity for parents to start interacting with their children on human growth and development.”

Facing fierce criticism, state education officials have indicated that they plan to revise the proposed standards.

Photos: Looking back at how Nebraska reopened schools amid the pandemic

The Public Pulse: Conservation easements good for Nebraska; not government's job to take care of you

Advocates for LGBTQ youth expressed disappointment that numerous references to gender identity were stripped away. Opponents of the first draft liked the changes but still raised concerns.

When the State Board of Education meets Friday to discuss the new draft of the proposed health standards, it may be met with more young people demanding inclusive and comprehensive health education.