These 8 charts show you how, where COVID-19 is spreading right now

State Sen. Julie Slama of Peru spent Monday quarantined in the east balcony of the legislative chamber after being exposed to the coronavirus.

Speaker of the Legislature Jim Scheer of Norfolk announced early in the day that members of her family had tested positive for the coronavirus. He said Slama tested negative, but, out of an abundance of caution, he had asked her to stay away from her colleagues until she can be retested midweek. The second test should pick up any infection that the first test might have been too early to catch.

The Legislature’s coronavirus plan included setting aside the east balcony for any lawmakers who might test positive but want to continue to participate. Slama is the first to use it so far.

Nebraska lawmakers voted Monday to have the State Racing Commission pay $50,000 in attorney fees out of its own cash fund rather than tap the state general fund.

The money would reimburse the private attorneys who defended the commission in lawsuits over machines that allow people to gamble on historical horse races. Nebraska Attorney General Doug Peterson brought the suits after the commission approved installation of the machines at Fonner Park racetrack in Grand Island.

In February, a judge blocked the installation, ruling that the attorney general likely would prevail in his argument that the machines were unconstitutional and the commission did not have the power to authorize them.

The commission then sought help through the state’s claims process to pay some of the legal fees. The agency’s claim was based on a law allowing the state to pay when agencies lack money in their own budget to cover legal awards, settlements and associated costs. The cost had been included in the annual state claims bill.

Sen. Mike Hilgers of Lincoln, who offered the amendment to have the commission pay, said the commission’s cash fund had about $90,000 in it and should be able to cover the cost. But Sen. John Stinner of Gering, the Appropriations Committee chairman, warned that the commission may have outstanding expenses to pay from that cash fund.

After approving Hilgers’ amendment on a 26-18 vote, lawmakers advanced the state claims bill to the final stage of consideration. The bill includes a payment of $850,000 to two Lincoln women injured by convicted rapist Armon Dixon in 2016 after he and another inmate hid in a laundry truck to escape from the Lincoln Correctional Center.

State Sen. Tom Briese will have to overcome a full-court press by the state's business lobby, which argues the tax cuts are sorely needed to avoid the closure of restaurants and other businesses.

Nebraska first lady Susanne Shore on Saturday called on public and private sector leaders in the state to condemn statements made by State Sen. Ernie Chambers about Sen. Julie Slama.

"You don't have to like each other, but you have to respect each other," Nebraska's Speaker of the Legislature told lawmakers Friday before sending them home early.

Gov. Pete Rickett's priorities for the Legislature in the final days of the session include property tax relief and updating the state's business incentive program.

Nebraska lawmakers blocked a bill that would require a state plan for dealing with extreme weather and the warming of the planet.

The revised forecast would keep the state's budget in the black and allow nearly $90 million for property tax relief and business tax incentives.

Police oversight board proposal will be debated in Nebraska Legislature

State Sen. Justin Wayne said he understands he may not have enough time to get the proposal passed, but said the Legislature needs to respond now to pleas to address racial injustice involving law enforcement.

The bill lawmakers advanced Monday would ban counties and cities from attempting to regulate or charge fees for the use of plastic bags and other types of containers.

The primary sponsors of the state's main property tax relief and tax incentive bills are working to find compromises that will prevent both issues from being left in the dust, as they were last year.

State Sen. Tom Brewer said Tuesday that the fiscal uncertainty caused by COVID-19 forced him to seek a delay in his bill that would provide a 50% state income tax break on military pension payments.

The Nebraska Legislature debated making budget cuts and increasing aid to families before ultimately advancing the budget bills just as they had been put forth.

Despite a legislative setback, an Omaha senator says his efforts to have meatpacking plants adopt additional COVID-19 safety measures isn't over.

The controversial abortion bill seeks to ban a common second-trimester abortion method, but the sponsor currently lacks the votes to end a filibuster.

Bill allowing teachers to use physical intervention falls short in Legislature, is dead for the year

The vote marked a stinging defeat for the Nebraska State Education Association, the union representing teachers and other school personnel. 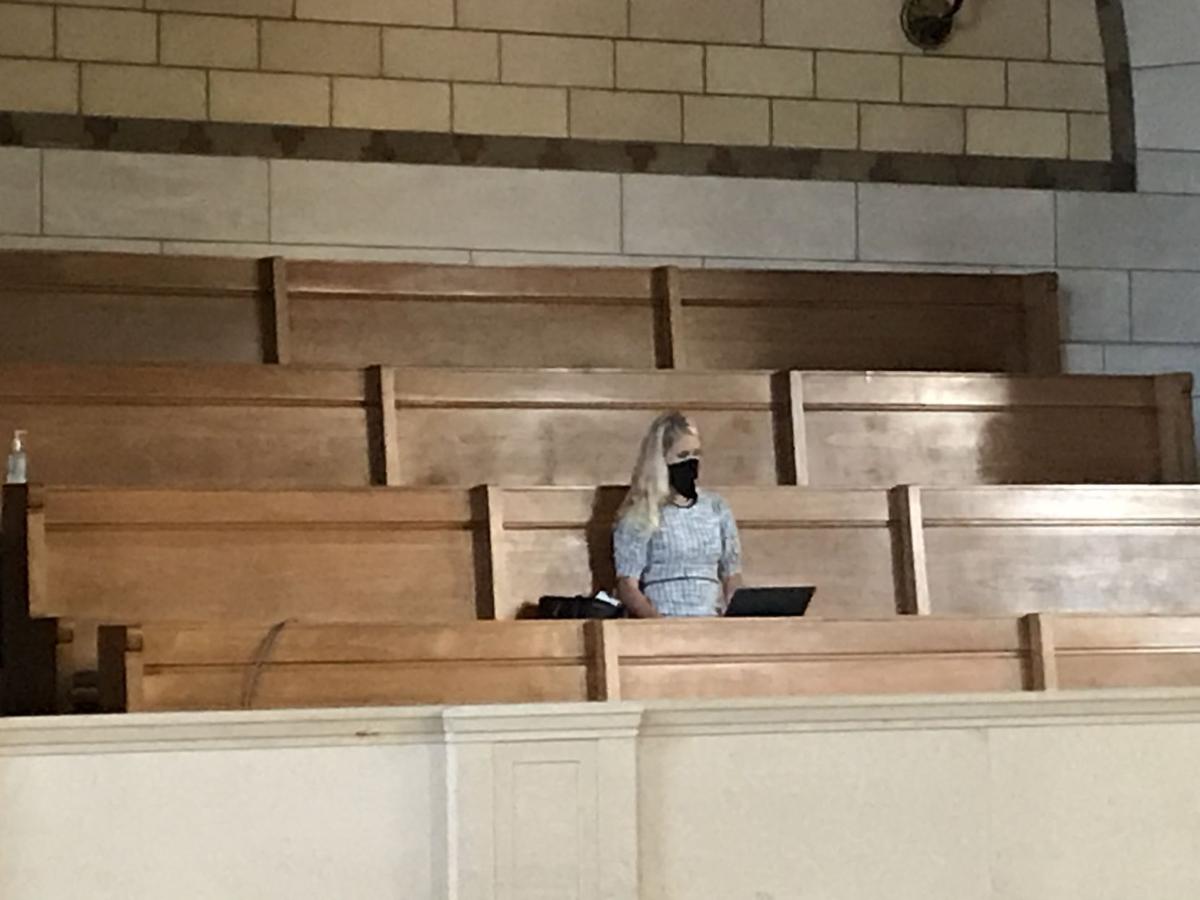 State Sen. Julie Slama sits in isolation in the Nebraska Legislature on Monday after her family tested positive for COVID-19. She has so far tested negative. 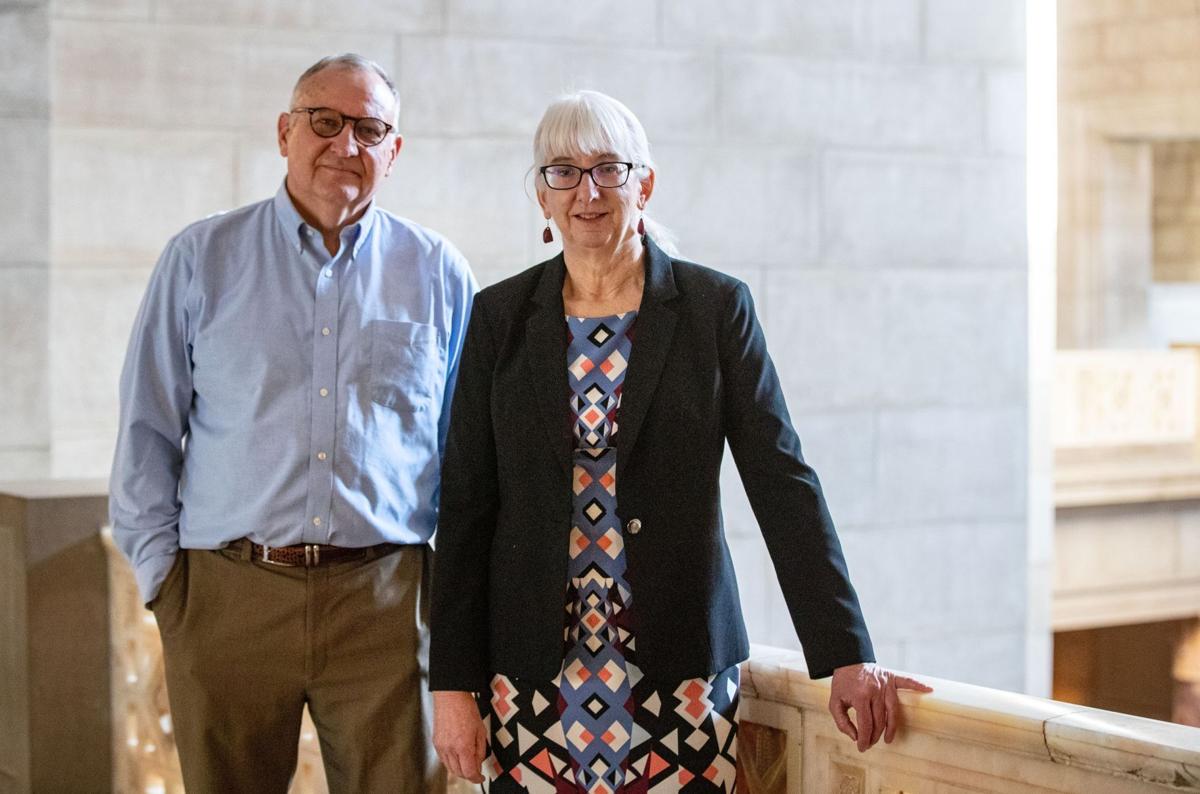