The state teacher’s union, the Nebraska State Education Association, put out a last-minute plea for senators to defeat LB 1107, the package deal that includes some property tax relief, a new incentive program for business and a pledge to provide matching funds for the proposed, $2.6 billion center to respond to pandemics and disasters at the University of Nebraska Medical Center.

The NSEA, which has made noise about seeking a voter referendum about the bill, said LB 1107 would create a $3.4 billion “black hole” in the state budget over the next 11 years that will require cuts in services, like K-12 education. It should be called “the Deceitful Deficit Plan,” an NSEA press release stated.

“LB 1107 is not only fiscally irresponsible but morally indefensible,” Richters said.

The package, dubbed a “grand compromise,” also was criticized for not being the subject of a public hearing, which is a requirement for every bill introduced in the Nebraska Legislature. Supporters of the bill have said that all the elements of the deal were subjects of public hearings.

LB 1107 seems almost certain to pass on Thursday. Forty-one out of 49 senators voted for it during second-round debate on Tuesday and Gov. Pete Ricketts has signaled that he will sign it into law.

'Grand compromise' on taxes, business incentives advances to final round in Legislature

Six state senators will be serving their last day on the legislative floor on Thursday, all six because of term limits.

On Wednesday, their colleagues provided some tributes, and gentle jabs, for State Sens. Kate Bolz of Lincoln; Sue Crawford of Bellevue; Ernie Chambers, Sara Howard and Rick Kolowski, all of Omaha; and Jim Scheer — the speaker of the Legislature — of Norfolk.

Bolz, a Democrat now running for Congress in Nebraska’s 1st District, was feted as a tireless advocate for “people in need,” while Crawford was remembered for her comprehensive research of issues.

Chambers — who set records for his 46 years in the Legislature and for being term-limited out of office twice — was remembered as a fiery agitator and the unquestioned master of the rules, as well as for his trademark outfit of short-sleeved sweatshirts and jeans.

“He was originally going to be a doctor, which I’m sure some of you wish he had,” said Lincoln Sen. Patty Pansing Brooks.

Howard educated the Legislature about the horrors of addiction, and worked to improve the state’s response to the issue in honor of her older sister, Carrie, who died of an overdose.

Kolowski, a former Millard West High School principal, was feted for his dedication to public service and for encouraging younger senators to “hang in there, man.”

Scheer put family at the center of his life, but used his political service to honor the widowed mother who raised him. He was “firm and fair” as speaker, said Lincoln Sen. Mike Hilgers.

Departing senators, as is the custom, are afforded a chance to rebut the jabs and provide final words at the end of the session’s last day. Chambers, who avoids such legislative traditions, will most likely not be among them.

Elmwood Sen. Robert Clements, a conservative Republican, and Chambers, who is registered independent but often votes liberal, are at the opposite ends of the political spectrum.

But on Wednesday, the typically suit-and-tie clad Clements donned a short-sleeved sweatshirt to honor his colleague, who sits only a few feet away in the legislative chamber.

Gov. Ricketts earlier this week said that three of his Cabinet members had tested positive for COVID-19. He declined to name them.

Ricketts also recently acknowledged that he’d been tested for COVID-19 three times, all by TestNebraska, which he launched after signing a $27 million, no-bid contract with a group of Utah companies.

His results were all negative, the governor said. One test was as a precaution before a visit with other family members, he said.

There's a new tax break coming for military retirees in Nebraska, but not until 2022

Legislative Bill 153, passed Wednesday, will allow military retirees to reduce their taxable income by an amount equal to 50% of their service-related pension. It will go into effect in 2022.

The Nebraska Legislature passed several bills Tuesday, including measures that would increase the smoking age, add a test to newborn screenings and create a Commission on African American Affairs.

A bill that would ban a second-trimester abortion method advanced to the final stage of consideration Tuesday in the Nebraska Legislature after a debate of the measure's constitutionality.

The Nebraska Legislature — after some major amendments and some last-minute deal-making — gave final approval Thursday to a bill that includes some property tax relief.

Nebraska lawmakers passed a final round of bills before adjourning for the year, including one that would let homeowners postpone an increase in property valuation for doing major remodeling projects.

Gov. Pete Ricketts wielded his veto pen Monday to stop several bills, including one that would ensure that witnesses to executions would see the entire event and another allowing more prison inmates to become eligible for parole.

The governor said that when Legislative Bill 1107 is fully funded in three to five years, the state will deliver a 17% reduction in property taxes for the owner of a $200,000 Lincoln home.

One veto targets a budget amendment for $1.85 million from the city's cash reserves to jobs & mental health programs. The second was for a $25,000 to fund a part-time city health director.

FBI reveals there were 61 active shooter incidents in 2021, up over previous years 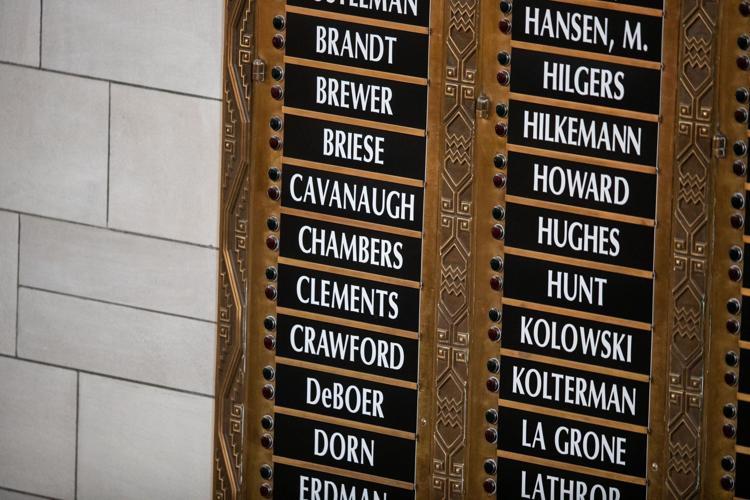 The names of six term-limited state senators — Kate Bolz of Lincoln; Sue Crawford of Bellevue; Ernie Chambers, Sara Howard and Rick Kolowski, all of Omaha; and Jim Scheer of Norfolk — will soon leave the wall of the legislative chamber. 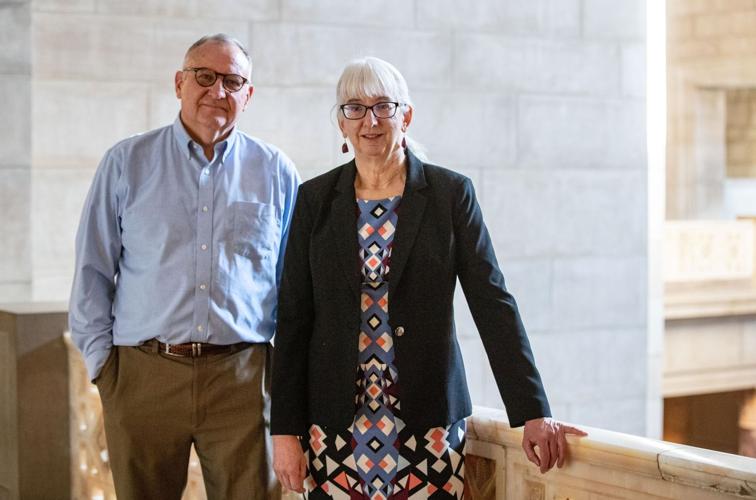