HASTINGS, Neb. — Electa Hare-RedCorn pulled back the husk from the ear and studied the multi-colored kernels, seeing so much more than corn.

For the Pawnee woman, this corn represents history and heritage, food and family, culture and community.

On a recent Wednesday, varieties of corn that two decades ago had disappeared from the Great Plains were laid out across a community college gym floor in Hastings.

Hare-RedCorn walked up and down the rows, inspecting the harvest.

The fact that Pawnee corn even exists in 2021 is a story of tribal perseverance, cutting-edge horticulture and good, old-fashioned cooperation. It’s a story about this newly grown crop connecting the Pawnee to their ancestors, and every Nebraskan to a history that began long before pioneers came to the Great Plains.

“Corn defined us,” said Deb Echo-Hawk, the Pawnee Keeper of the Seeds. “It was something that was part of our daily lives ...

“Growing it again is a way to circle back to who we really are, and make corn central to our lives again.”

The Pawnee may have been in Nebraska as early as the 13th century.

In the early 1800s, more than 10,000 Pawnee in four distinct bands lived and hunted across Nebraska and northern Kansas. By 1872, only 2,447 remained — the tribe had been decimated by famine, grasshopper infestation and attacks from other tribes.

It was about to get much worse.

Following intense American government pressure, many Pawnee were moved to Oklahoma. There, disease ripped through the tribe. Half the remaining Pawnee died in a decade.

The corn struggled, too. Oklahoma’s climate was unfamiliar. The soil was too red. Too alkaline. Too dry.

For more than a century, the ancestral crop all but disappeared, replaced by row after row of field corn in monotone yellow. Corn destined for livestock, and later biofuels.

The resurgence began with a November 2003 phone call to Echo-Hawk. Rhonda “Ronnie” O’Brien, then cultural education director of The Archway Museum near Kearney, had a request. Could she get seeds to grow an authentic Pawnee garden on the museum grounds?

Echo-Hawk replied that there were few, if any.

She entrusted much of what she had to O’Brien, hoping some would germinate in their native Nebraska soil. The first year, the seeds froze in the ground. The second year, limited success: Some produced a few ears. Enough kernels to keep planting.

By 2010, Nebraska growers thought they’d recovered all possible varieties. Then, a breakthrough: The unusual kernels on existing plants were actually a reawakening of long-lost varieties.

“We recognized the recessive traits might be special and had been showing up one kernel at a time,” O’Brien said.

This year, Pawnee corn was grown in 20 gardens by 14 different central Nebraska farmers.

Hammel: Popular winery/brewery for sale; more on the 'lost girls' of the Sandhills​

The annual work to grow better Pawnee corn can be painstaking. It requires recording details about each ear harvested. Writing handwritten notes listing each cornstalk’s garden row, hill and number of ears, then attaching them to bundled ears with rubber bands. Carefully tracking each ear’s weight, length and kernels per row define best growing conditions for each variety.

Only a few best ears from each are set aside as seed. O’Brien checks the desired characteristics against the 1917 book “Corn Among the Indians of the Upper Missouri.”

Hare-RedCorn, 39, always knew that corn had a place in ceremonies, dinners, dances. She didn’t understand the full meaning until she was older.

One word describes her people’s feeling about corn, she said: Reverence.

The Nebraskans growing the Pawnee corn understand the value of their work.

“I like doing it for the Pawnee,” said Bill Bolte of Central City. “It’s for them.”

Next year, the group intends to plant two pre-Pawnee types of corn that originated in Central America. They have already seen these kernels pop up on the Pawnee corn they are growing: A three-color flint called Confite, and another that’s orange with a red dot in the middle.

They will grow this corn, continue harvesting in Nebraska, moving the harvested corn to Oklahoma, and returning again the next spring with new seeds. A new corn tradition that honors one that’s age-old.

“The Pawnee people,” said Echo-Hawk, “are the ones boasting now that they are people of the corn again.”

Nebraska Attorney General Doug Peterson expressed frustration Tuesday over the length of time before a court can hear his challenge of Omaha's mask mandate.

Banned concepts under the bill include that one sex or race is inherently superior to another, that the U.S. or Nebraska are "fundamentally or systemically racist or sexist," among others.

For the past six months, about 200 members of the Nebraska National Guard have been playing a pivotal role in what may be the largest remaining U.S. counterterrorism operation in the world.

"He’d always sit on the porch and holler racial slurs, all the time, towards me, towards the neighbors, even towards people walking down the street,” one of the vicitms testified at trial.

A Crawford, Nebraska, woman and her daughter from Chadron were killed in a two-vehicle crash Friday near Hemingford.

Proposal would eliminate State Board of Education, put department under Nebraska's governor

The State Board of Education could be eliminated and the Nebraska Department of Education brought under the governor's control under a measure introduced in the Legislature Wednesday.

The 7-mile-long lake was one of several proposals announced Monday by a committee of lawmakers tasked with finding ways to manage water resources while spurring economic activity.

In legal briefs filed this week, the City of Omaha and the State of Nebraska laid out their arguments over whether there is an urgent need to immediately block the city's mask mandate. 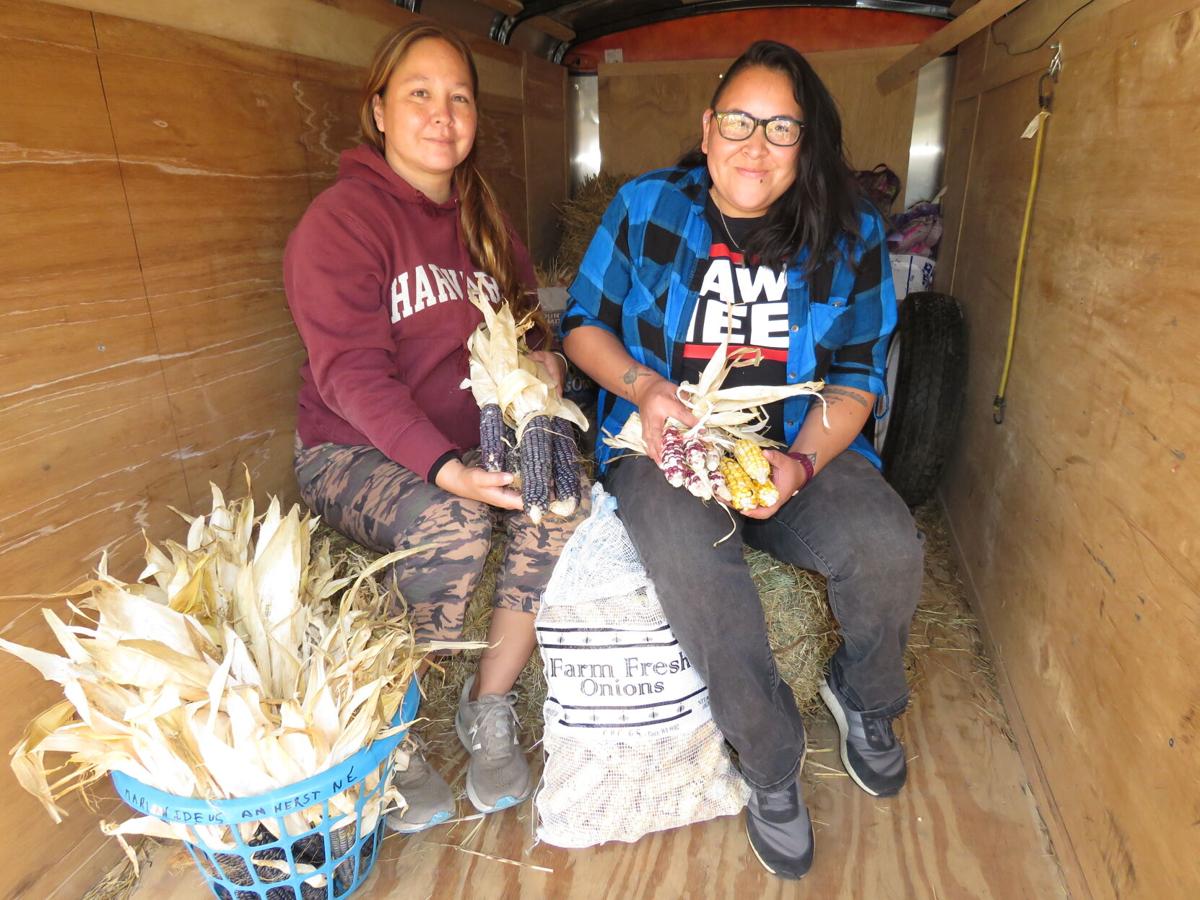 Electa Hare-RedCorn, left, and Kahheetah Barnoskie, a UNL agronomy student. The Pawnee corn grown in Nebraska this year was transported to Pawnee, Oklahoma, in this trailer last month. 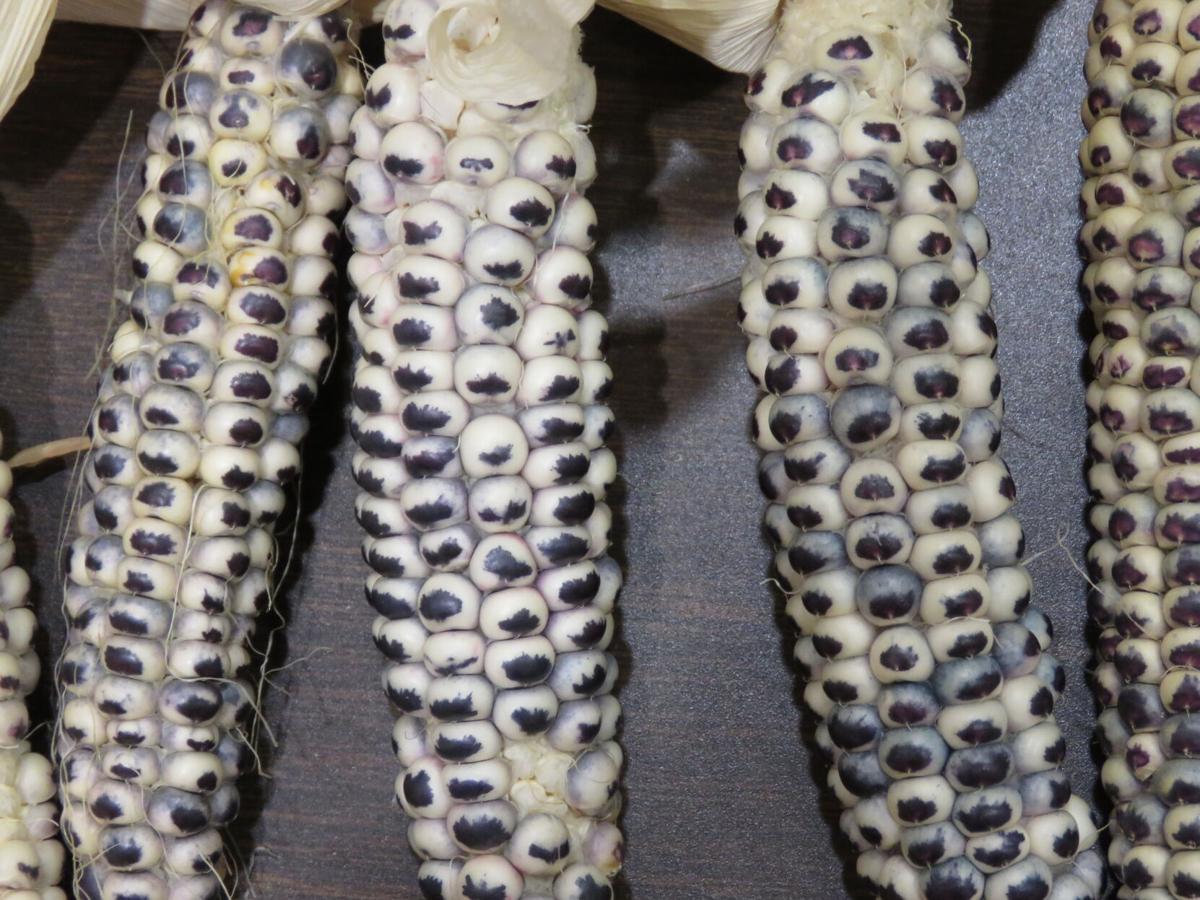 Eagle corn with its distinctive purple splotches resembling eagle wings. When Ronnie O'Brien of Shelton, Nebraska, started planting it in 2004, Pawnee Keeper-of-the-Seeds Deb Echo-Hawk had only 75 kernels to share. Now the seed bank also has eagle flour and sweet corn. 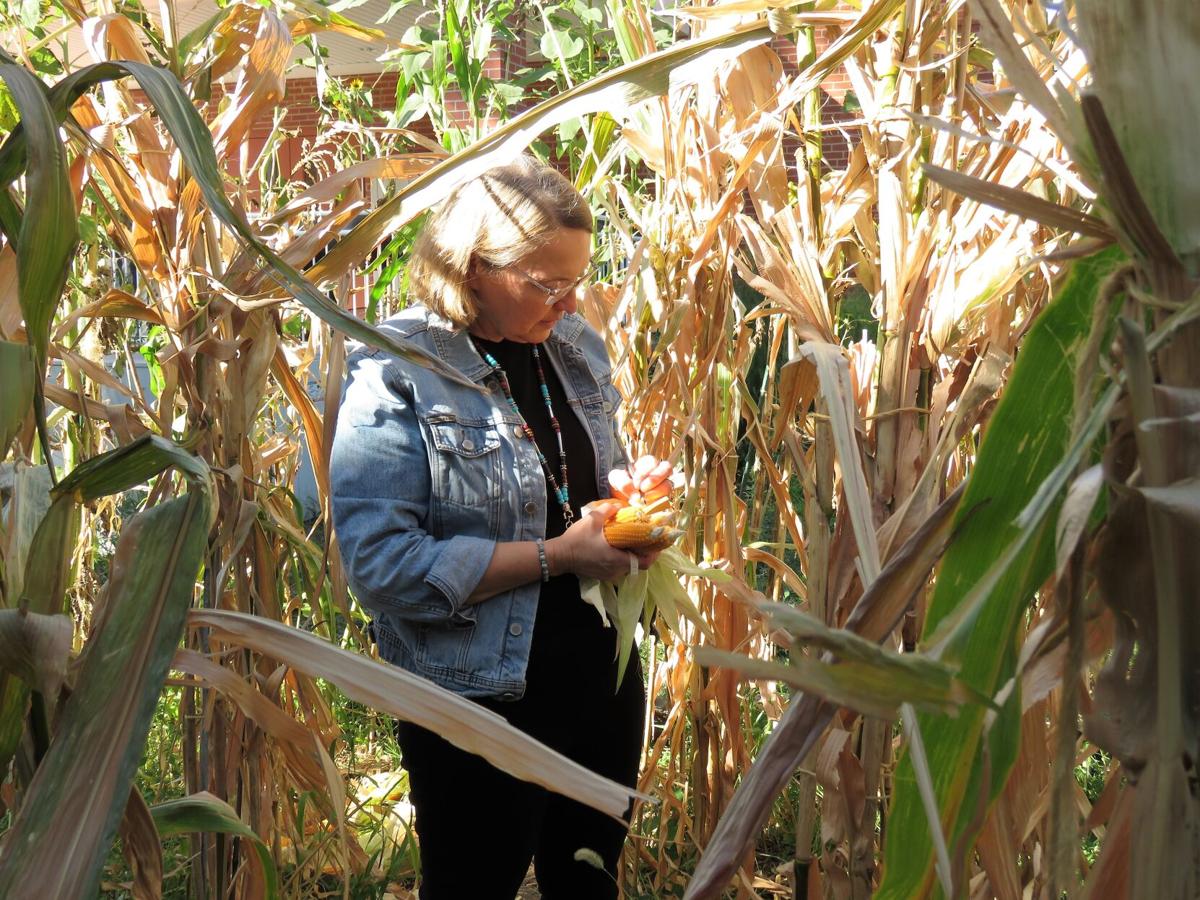 Ronnie O'Brien of Shelton, Nebraska, records data of yellow flint corn in her garden at Central Community College in Hastings, where she is a hospitality management instructor. This year's harvest of this variety yielded a record 64 ears. 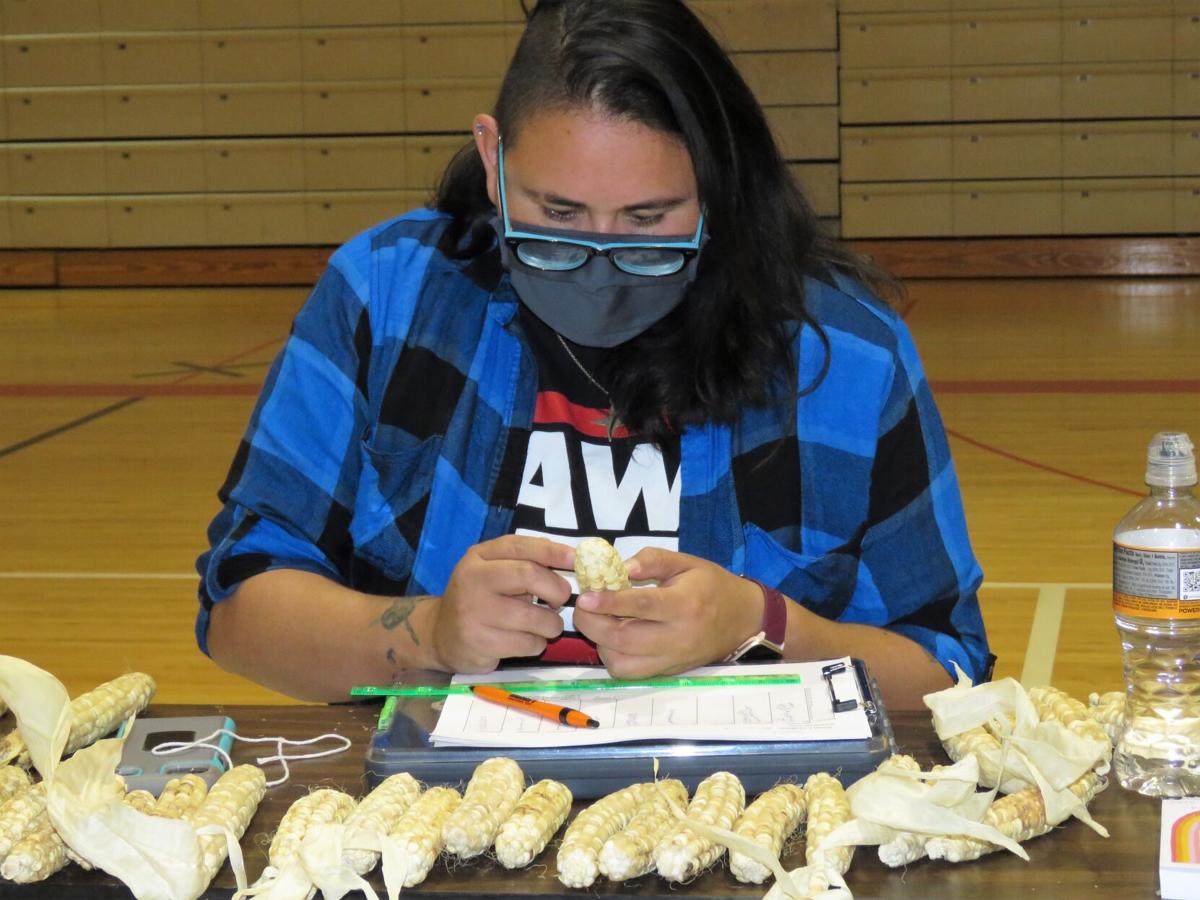 Pawnee Nation member Kahheetah Barnoskie, who is working on a master's degree in agronomy at the University of Nebraska-Lincoln, counts rows of kernels on a white sweet corn ear. She oversees data collection and evaluation for the Pawnee Seed Preservation Society. 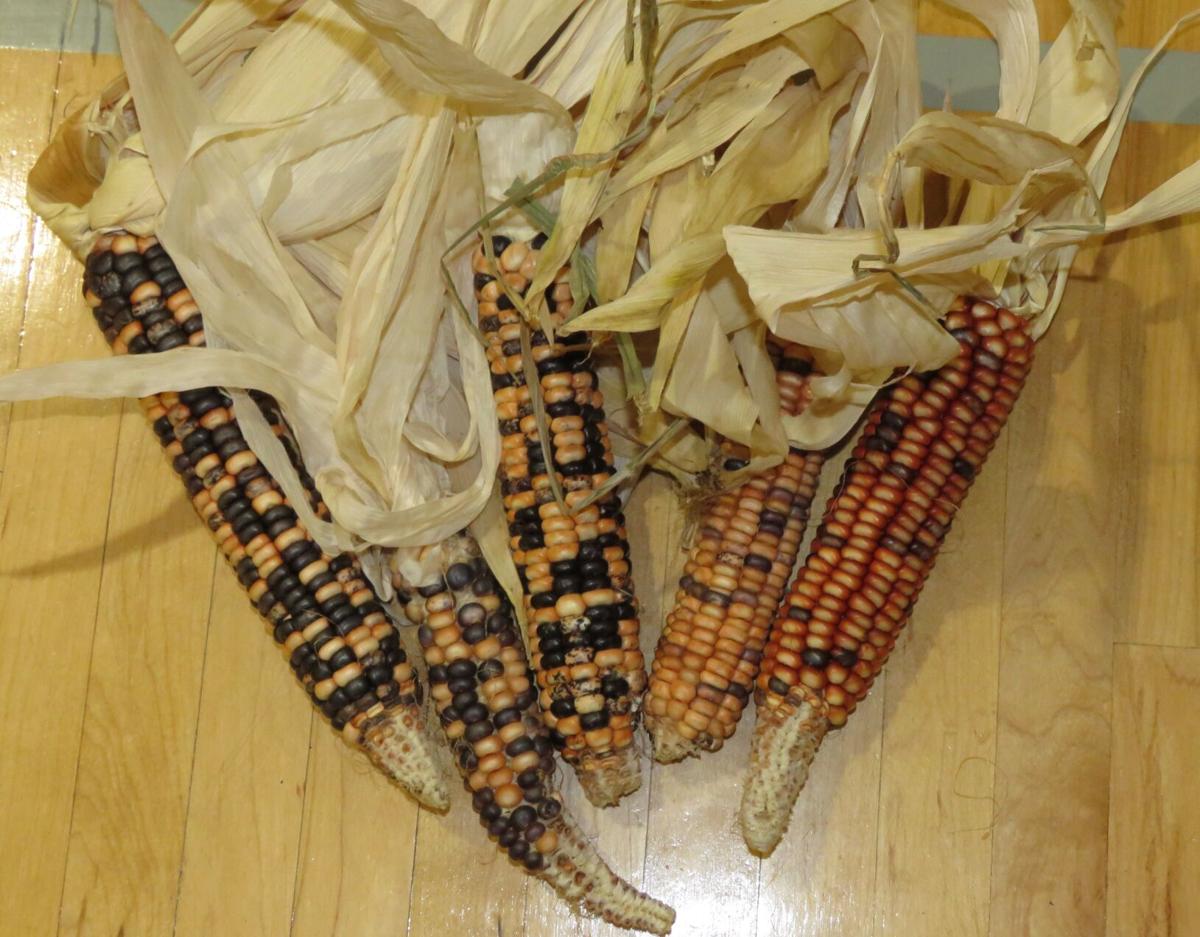 Pawnee corn is different, with smaller ears and kernels in electric blue, fire-engine red and ghost white. This variety has orange kernels. 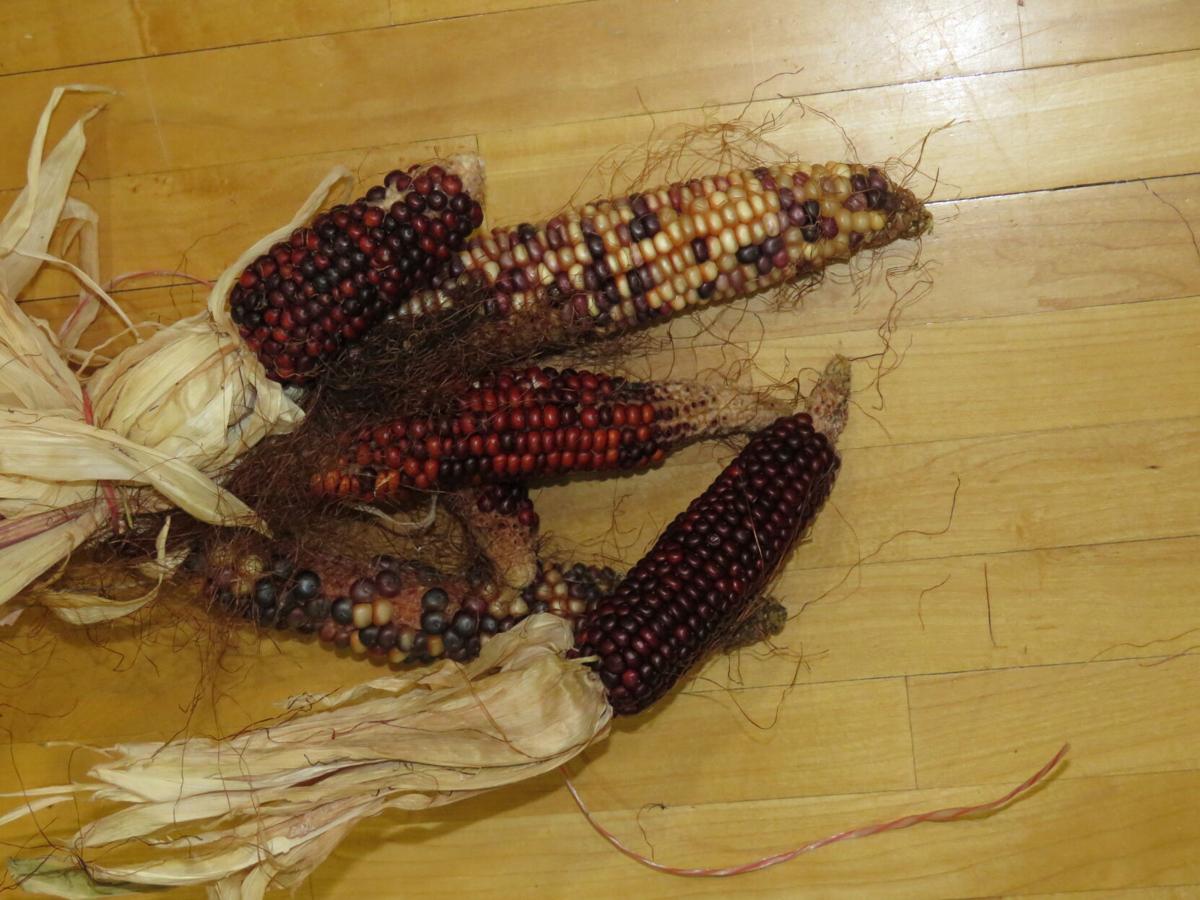