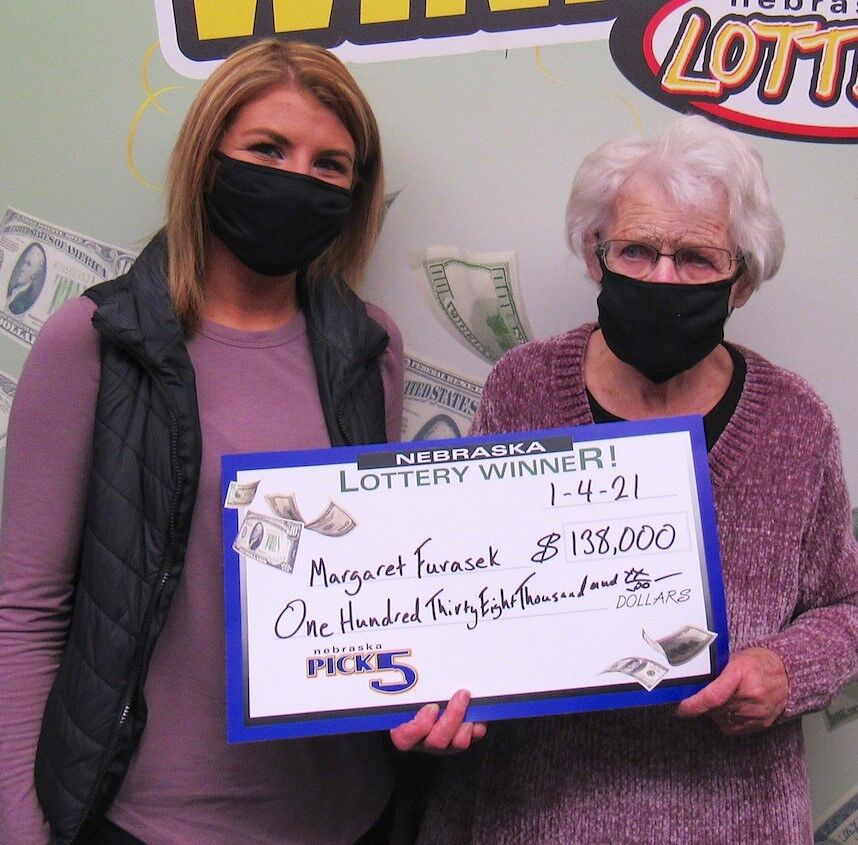 Margaret Furasek, right, won her second Nebraska Pick 5 jackpot in five months in the Dec. 23 drawing. She is shown with her granddaughter Rachel Mika. 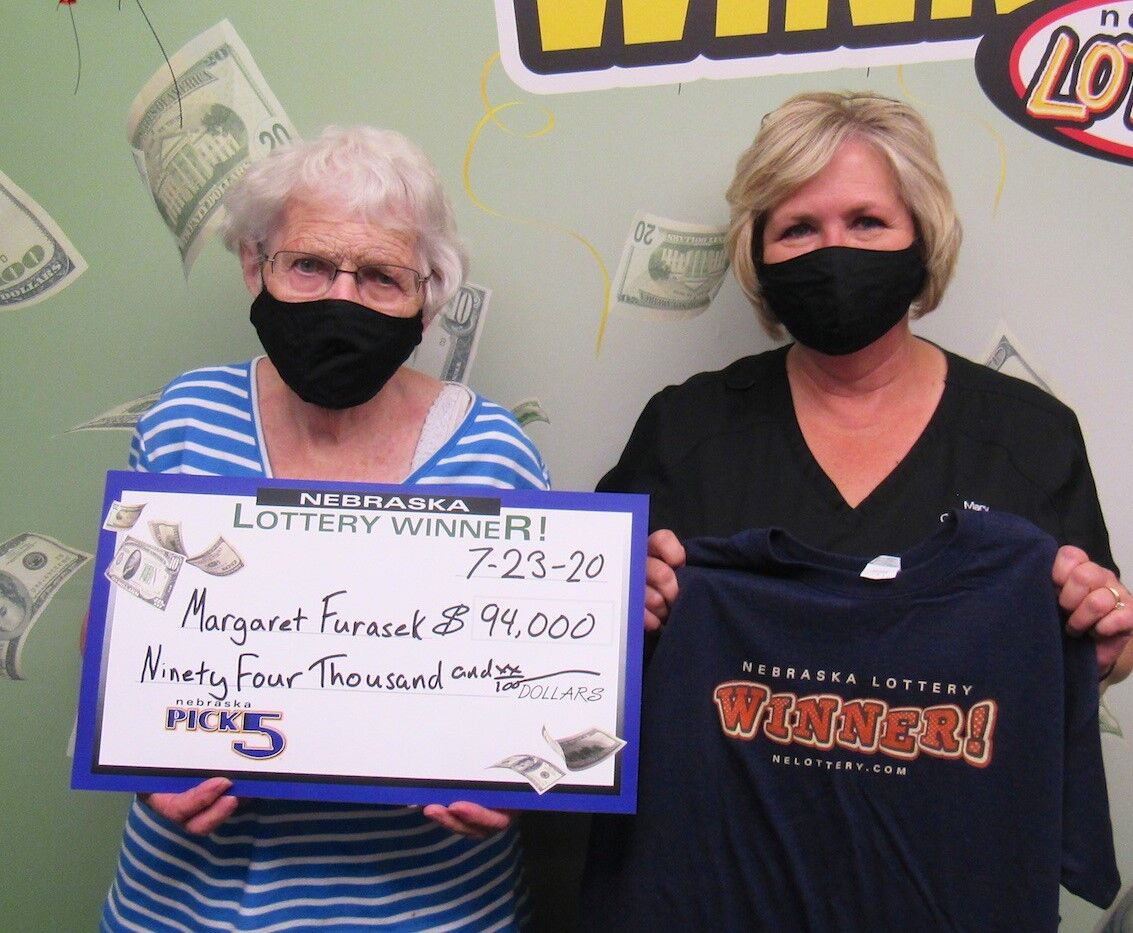 Margaret Furasek of Weston is one lucky lady.

Last summer, her husband, Tony, bought her a Nebraska Pick 5 lottery ticket at the BP convenience store, just outside the town of about 300 people west of Wahoo.

Margaret, 88, and Tony, 84, aren’t too nimble with a computer, so each evening at 9:30 they call their daughter, Mary Mika, to see if the numbers match. They had gone through this ritual almost every night for the past 10 years. A few times, they had matched four numbers and won $450 or so, Tony said. But never the big prize.

“He had me reread the numbers over and over,” Mika told lottery officials at the time. “He called me back in the middle of the night because he thought it might have been a dream.”

And they kept buying tickets. Could lightning strike twice?

Margaret said winning was every bit as exciting and unexpected as it was the first time.

Tony said they will do some more work on their house and share their good fortune with their children and grandchildren.

Mika told lottery officials she had once advised her parents they were better off burying their money in a jar.

“Guess I was wrong,” she said.

Jackpots in the two multistate lottery games, Powerball and Mega Millions, have soared to nine figures after going unclaimed for several weeks. The Mega Millions jackpot is now at $336 million, and Powerball is at $114 million.

While Powerball and Mega Millions jackpots balloon, Nebraskans are winning in local games

A Purdum man will use some of his proceeds for his village's fire department; an Omaha winner plans a donation to a homeless shelter.

The giant $1.05 billion Mega Millions jackpot that's been building since September will go to someone in Michigan — but Nebraskans still need to check their tickets.

Retiree gets $500k Powerball win with his morning coffee

Margaret Furasek, right, won her second Nebraska Pick 5 jackpot in five months in the Dec. 23 drawing. She is shown with her granddaughter Rachel Mika.