And as crazy, outlandish and just plain nuts as that may sound, he wants everyone to know it wasn’t easy. Far from it.

Especially the day after his 60th birthday.

Hansen’s goal is to enshrine his name in the Guinness World Book of Records for the longest journey in a pumpkin boat. The current record — again, this is a real thing — is 25.5 miles.

His family is compiling all the documentation needed from his journey, which started Saturday morning at the Bellevue Marina and ended 12 hours later at the Riverview Marina in Nebraska City.

He won’t know for four to six weeks if he has the record once everything required has been submitted. He had to have witnesses, take pictures of landmarks and bridges, and include two minutes of video per hour.

“It’s probably so people don’t cheat,” Hansen said. “This is something I’ve been shooting for for a long time. It wouldn’t mean anything if I cheated.”

Hansen, who works for the Omaha Public Power District and pushes coal at its Nebraska City plant, lives outside of Syracuse. He’s been trying to grow giant pumpkins for more than 10 years.

It’s when he went to a pumpkin-growing seminar five years ago in Portland, Oregon, that he met a woman who — at that time — held the Guinness record he covets.

He started asking questions. “Man, this is what I want to do,” he remembers thinking.

But Hansen didn’t want to attempt the record in just any old giant pumpkin. He wanted to do it with one he grew himself.

“That was the biggest hurdle of this whole operation,” he said.

He’s spent thousands of dollars and hours on growing the perfect Atlantic pumpkin. You have to water, fertilize and just baby the things every day of the growing season, he said.

This year, he finally had the one he needed and named it Berta after a character in the television show “Two and a Half Men.” When Berta hit 400 pounds, Hansen contacted Guinness.

Berta continued to grow at about 15 pounds every day. Finally, at 846 pounds, the pumpkin was ready to go and so was Hansen.

Hansen compiled a team that included his son, Colton, and his daughter, Morgan Buchholz. His sister, Yvonne Hansen, flew in from San Diego.

They started gathering witnesses, who can’t be friends or family. Two of them came from the Mayor’s Office in Bellevue.

“It’s not every day you have a guy who comes in and says he needs two witnesses to watch a pumpkin going down the Missouri River for the Guinness Book of World Records,” said Lisa Rybar, administrative assistant to the mayor of Bellevue. “We had no idea he was going to be in the pumpkin. We thought we were just going to watch it float.”

Phil Davidson, who does public relations for the City of Bellevue, was there to take pictures of the send-off, which was almost delayed indefinitely when Hansen’s son-in-law, Lee Buchholz, fell off his combine on Thursday, hit his head on cement and had to have brain surgery. The first thing he wanted to know when he woke up was about the pumpkin.

Once they knew he was going to be OK, the trip went on. But Yvonne had to take over all the technical aspects for Guinness so Morgan could be with her husband. Colton drove the boat that escorted his dad down the river.

“I had some big shoes to fill at the last minute,” Yvonne said.

It all came together on Saturday morning. Even though Hansen had done some previous tests to make sure the hollowed-out pumpkin, with its 8-inch walls, would float, Rybar said she had some misgivings as Hansen donned the lifejacket that wife Allyson insisted he wear and sat down on the foam cooler inside the pumpkin.

“It held up and us seeing him paddle down the river, it was really cool,” Rybar said. “We were all cheering for him.”

Hansen said he isn’t scared of the river, but you have to have respect for it. He withstood a collision with a sandbar, another with a rock and stayed as far away from other boats as he could to avoid those waves.

Eight miles north of Nebraska City, he said, heavy rain began, and dressed only in jean shorts and a tank top, he started getting cold.

“I thought, ‘I’ll just paddle harder and warm up. I wasn’t thinking about quitting,” he said. “I went another 4 to 5 miles and it rained again. Berta is only about 8 inches above the water line. I’ve never paid so much attention for so long in my entire life. It was tough.”

Morgan was waiting as they approached the Nebraska City marina. Colton also arranged for another witness from the Sheriff’s Office.

“He was there waiting at the marina. He said, ‘I’ve been doing this a long time. I’ve never seen anything like this. This is just crazy. Amazing,’ ” Yvonne said. “People just can’t believe it. Who does this? It’s just nuts.“

Berta, who has to be moved around with a skid loader, is now sitting in front of Hansen’s house. He said some day he’ll compost the pumpkin, but they’ve built quite a relationship these last few weeks and he’s in no hurry.

“My wife puts up with a lot of stuff,” Hansen said.

He’s still sore. It wasn’t easy sitting on that cooler for 12 hours. But now he’s busy fielding calls about his incredible feat.

And you know what’s really crazy? Morgan suggested that maybe he could grow a pumpkin big enough for her and her dad to take down the river. Hansen says you couldn’t do it in a pumpkin that weighs anything less than 1,500 to 1,800 pounds.

He’s not saying no to the idea.

Caerhl Irey has decided it's time to let the cat out of the bag, so to speak, and reveal the person behind the popular TikTok account North Omaha Cat Lady.

Nebraskan Duane Hansen has made the Guinness Book of World Records for longest ride by pumpkin boat after he paddled down the Missouri River this summer. 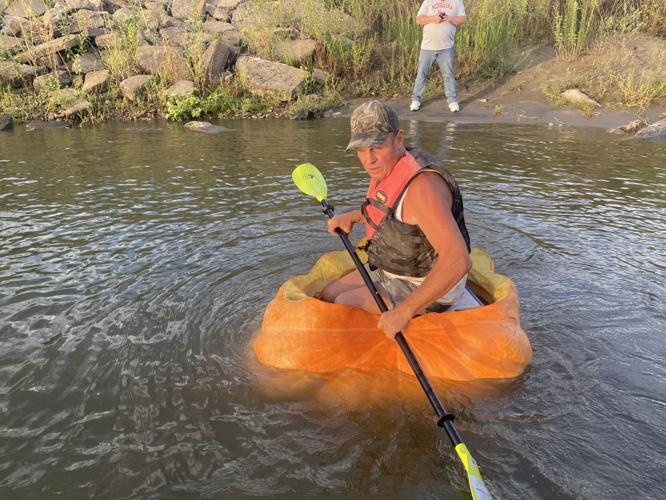 Duane Hansen takes off down the Missouri River in his 846-pound pumpkin. His Aug. 27 ride has made the Guinness Book of World Records for longest ride by pumpkin boat (paddling). 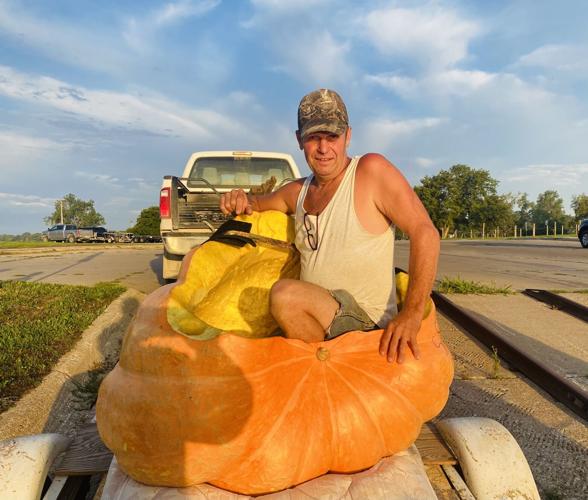 Duane Hansen said he did a lot of talking to Berta as he drove to the Bellevue Marina to try to set a world record. 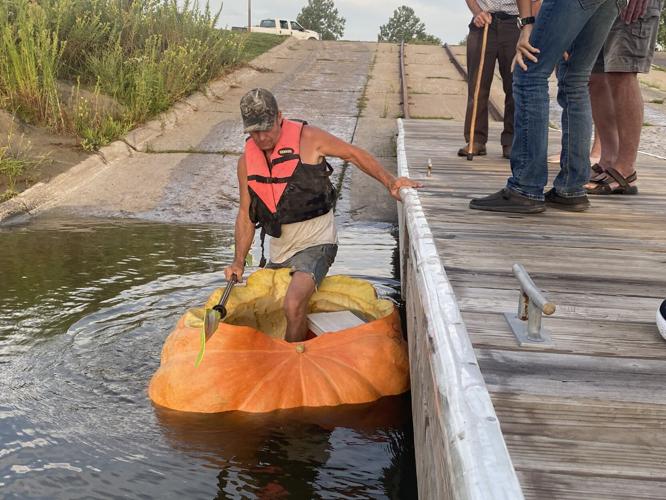 His witnesses watched as Duane Hansen prepared to head out on the Missouri River. "We were all cheering for him," Lisa Rybar said. 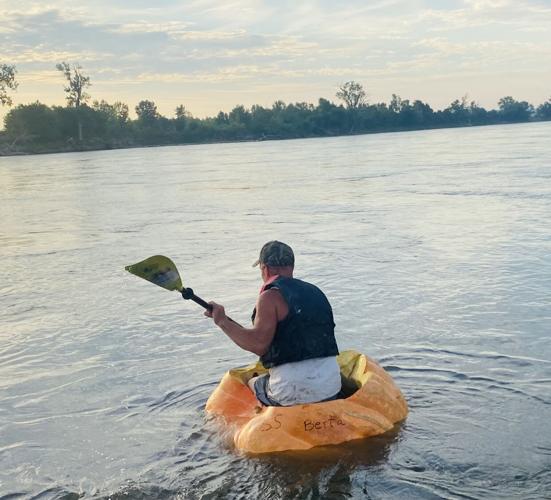 Duane Hansen said he wasn't afraid of the river, but when it rained twice near Nebraska City, his quest became even more difficult.