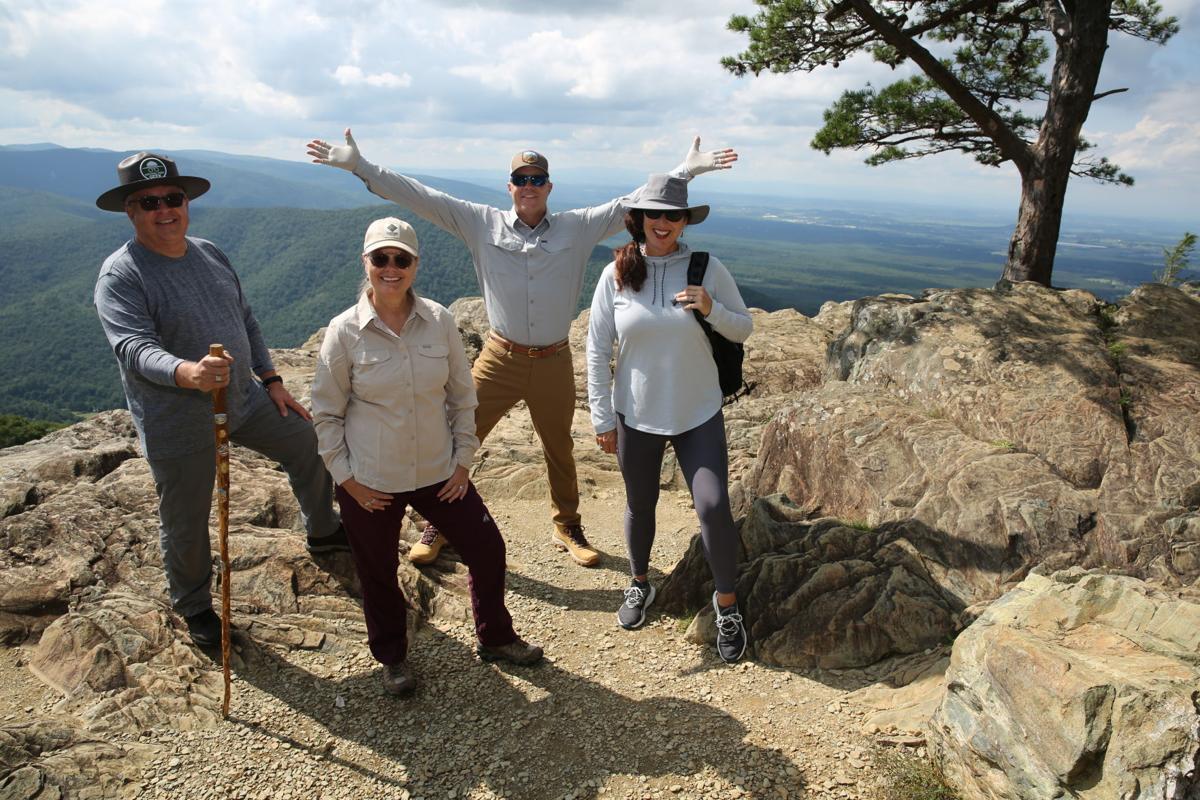 The cast of the upcoming travel-reality series “RV There Yet?”: from left, Dave Burch, a former National Park Service ranger; Karla Burch; and Kevin and Patrice McCabe of McCabe Productions. The show will air on the Discovery Channel. 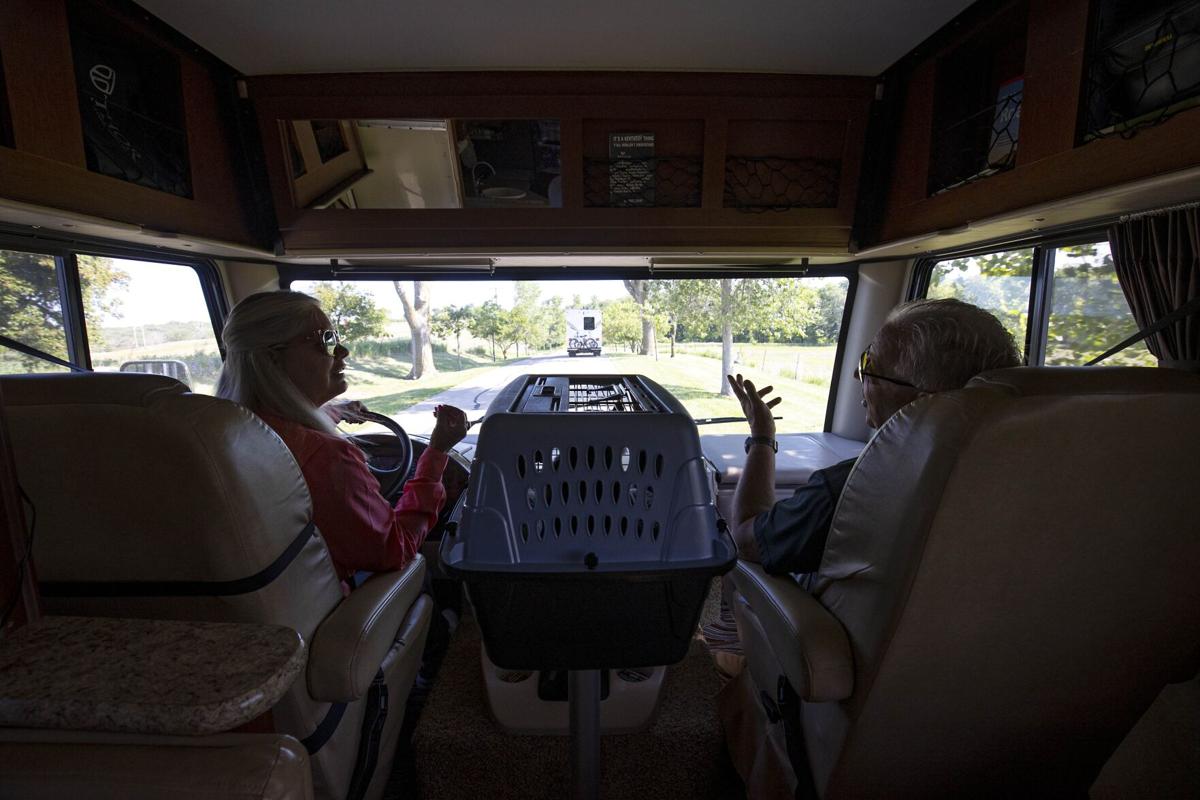 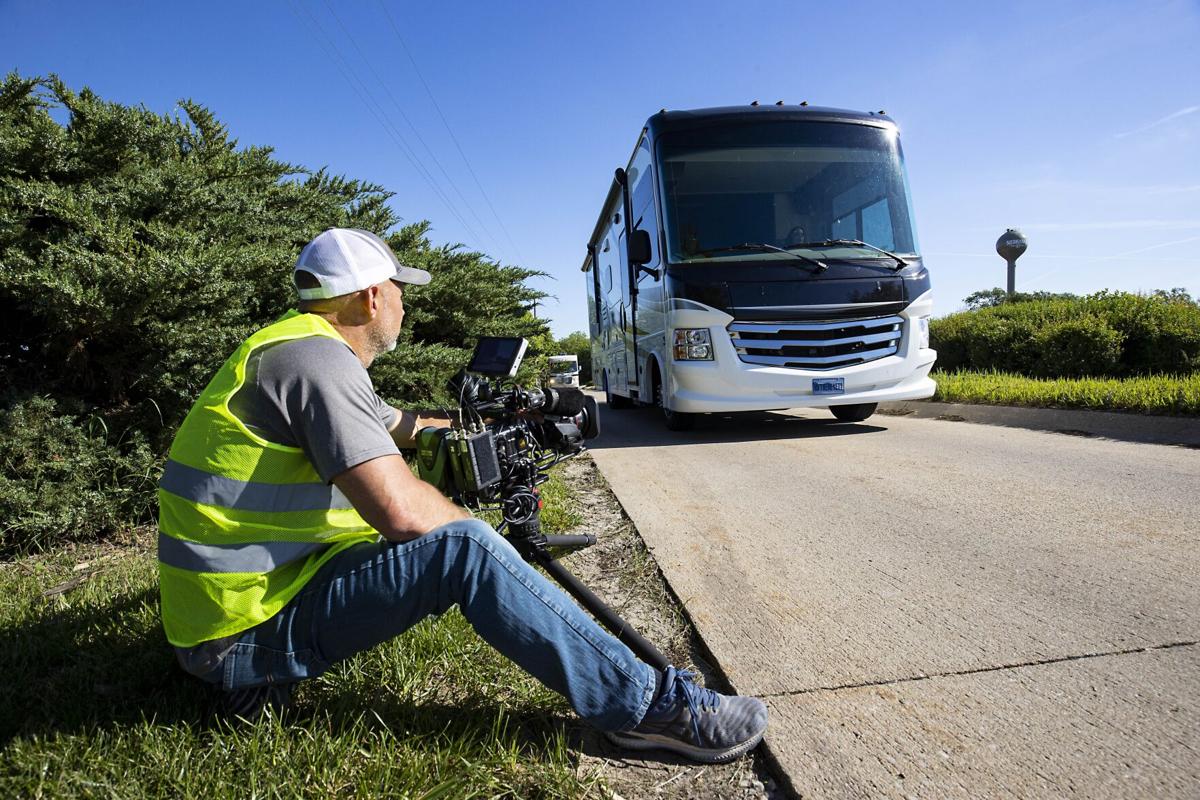 Brad Clore, cameraman for the “RV There Yet?” series to air on Discovery Channel, films the crew arriving at Platte River State Park near Louisville, Nebraska, on June 4. 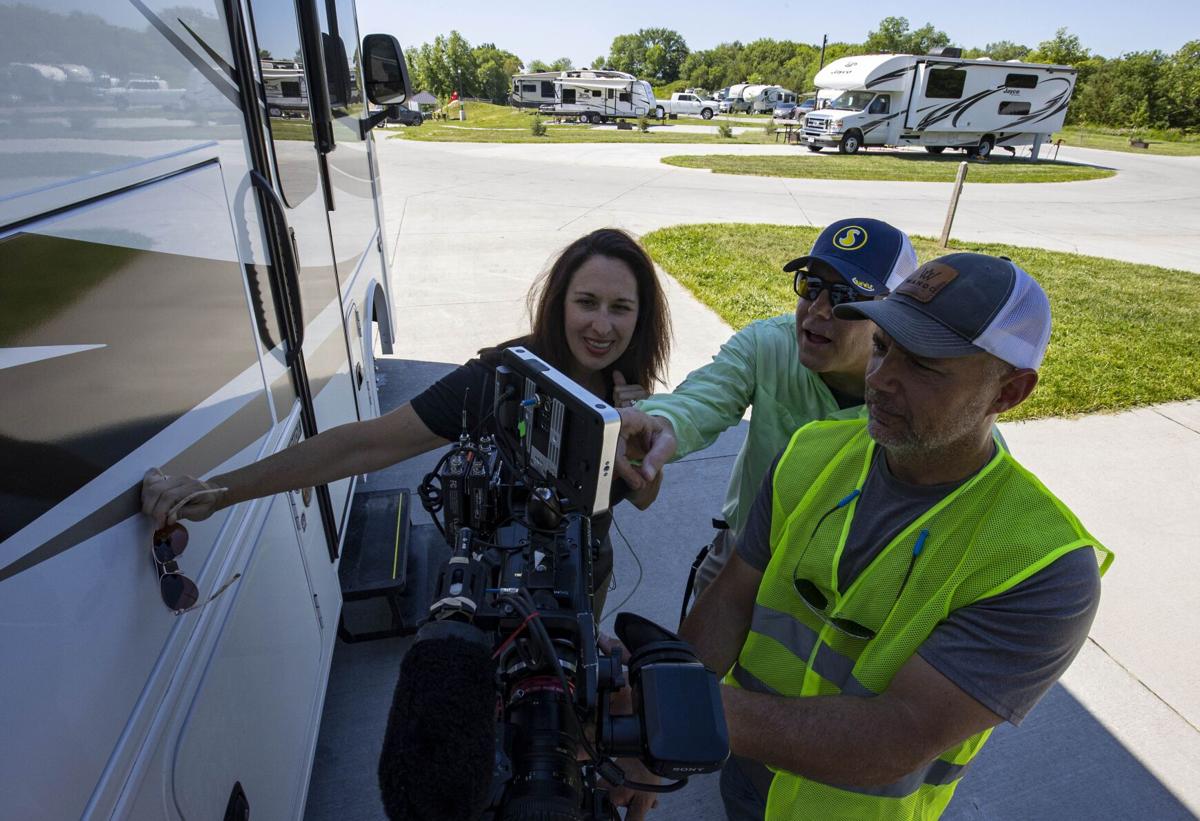 Get off of Interstate 80. That’s the advice Patrice McCabe has for RV travelers making their way through Nebraska.

McCabe hopes to show RV travelers the treasures of Nebraska they can’t see from the Interstate in the pilot episode of a new Discovery Channel series titled “RV There Yet?”

McCabe and her husband, Kevin McCabe, along with the rest of the show’s cast, are taking an RV trip across the country to film the first season of the show, which is set to air in January. The show’s crew traveled to state parks across Nebraska at the beginning of June for the show’s first episode.

The McCabes own television production company McCabe Productions. McCabe is originally from Nebraska, and even though she and her husband now live in Florida, she still has a lot of love for her home state and all it has to offer.

“The traffic that goes through Nebraska on I-80, they never get off and they think that what they see from I-80 is Nebraska,” she said. “We really want to show people that, get off the major Interstates ... get off and find these little hidden treasures. You don’t have to just pass through, because there’s so much more to Nebraska.”

The show’s crew worked with the Nebraska Game and Parks Commission to film the Nebraska-focused episode, which corresponds with the 100th anniversary of the state park system.

“We couldn’t have picked a better year to come and do all of this,” McCabe said.

The crew started their journey through Nebraska at Arbor Day Lodge, where Patrice said they learned about the history of Arbor Day and checked out Arbor Day Farm.

The crew then headed up to Platte River State Park, enjoying the new RV facilities and biking trails at the park located between Lincoln and Omaha.

Next, they headed out west to Victoria Springs and then spent a few days up north exploring the higher elevations at Chadron State Park.

There’s so many layers to Nebraska,” McCabe said. “Over here on the Missouri River, you’ve got all the green and the plush and it’s just beautiful, but then we’re going to go toward the Sand Hills and start to get a little bit more arid and dry and then wind up in the north in Chadron, where you’ve got these buttes and you’re at 4,000 feet.”

They ended the filming for episode one outside of Nebraska at Wind Cave National Park in South Dakota. Each episode will end at a different national park, McCabe said.

After visiting Platte River State Park, McCabe said the rest of the show’s crew, who had been a bit skeptical about an episode focused on Nebraska, were already impressed.

“Everybody kind of rolled their eyes at me when we said Nebraska’s on the list, but we’ve only begun and they’re already blown away,” she said.

McCabe and her husband have been traveling by RV for about 17 years, she said. They found it to be a convenient way to travel while hauling all of their equipment with them for filming their show “Addictive Fishing,” which also airs on Discovery.

Now, McCabe said traveling by RV feels more like fun than it is work.

“We really truly are enjoying it. It’s not necessarily work — yeah, filming the show is a little bit of work, but it’s more of the lifestyle of being able to go to these places and have your world with you,” she said.

The filming of “RV There Yet?” was pushed back since parks were closed during the pandemic and the season was shortened to six episodes. Nevertheless, McCabe said she’s excited to get to show off her home state to viewers.

“Just showing my friends and the audience how diverse and how many different things and unique things there are to Nebraska, that’s what I’m super excited for,” she said.

Campers are reminded they will need a reservation to stay overnight at Lake McConaughy and Lake Ogallala state recreation areas.

“This is critical data we collect relating to the waterfowl harvest in the Central Flyway,” "wing checker" Randy Stutheit said.

The Nebraska Game and Parks Commission approved recommendations for 2021 deer, antelope and elk hunting seasons at its meeting Tuesday in Kearney.

The cast of the upcoming travel-reality series “RV There Yet?”: from left, Dave Burch, a former National Park Service ranger; Karla Burch; and Kevin and Patrice McCabe of McCabe Productions. The show will air on the Discovery Channel.

Brad Clore, cameraman for the “RV There Yet?” series to air on Discovery Channel, films the crew arriving at Platte River State Park near Louisville, Nebraska, on June 4.