Nebraska tourism has suffered during coronavirus, but outdoor attractions are a silver lining
0 comments
Share this
1 of 3 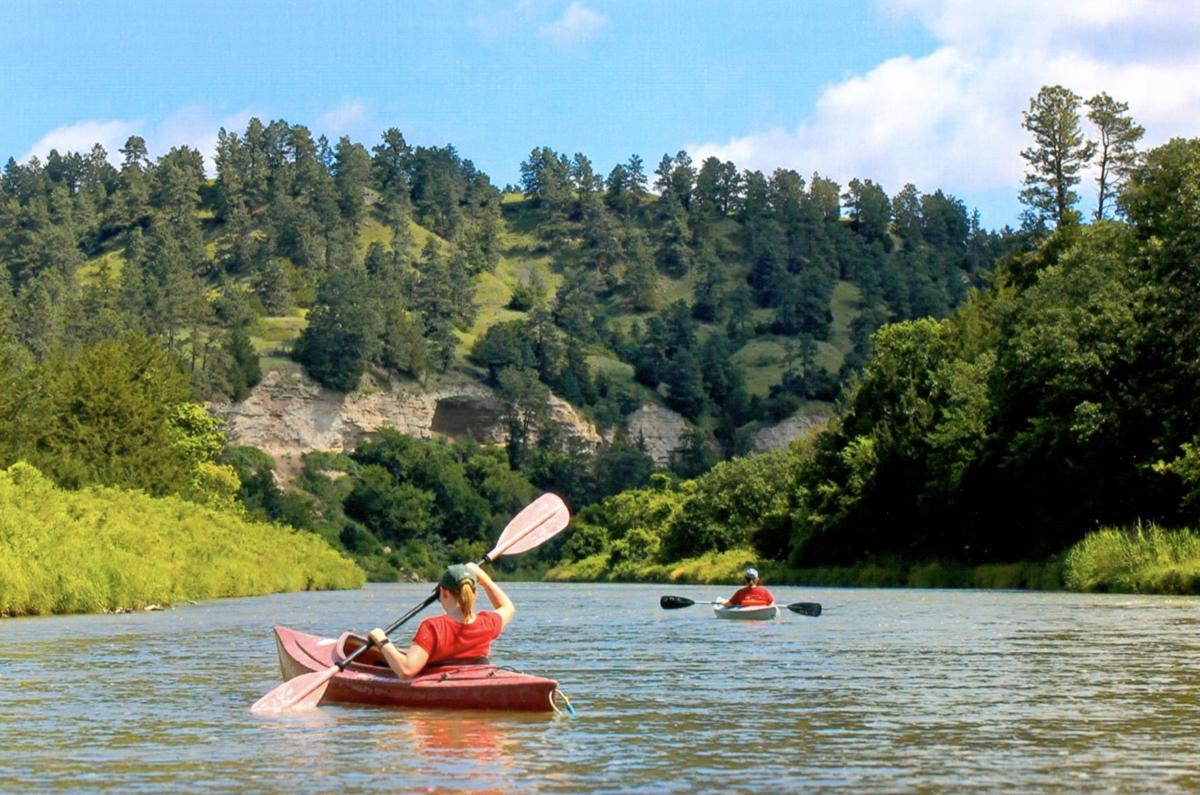 One Niobrara River outfitter had “probably a record year.” 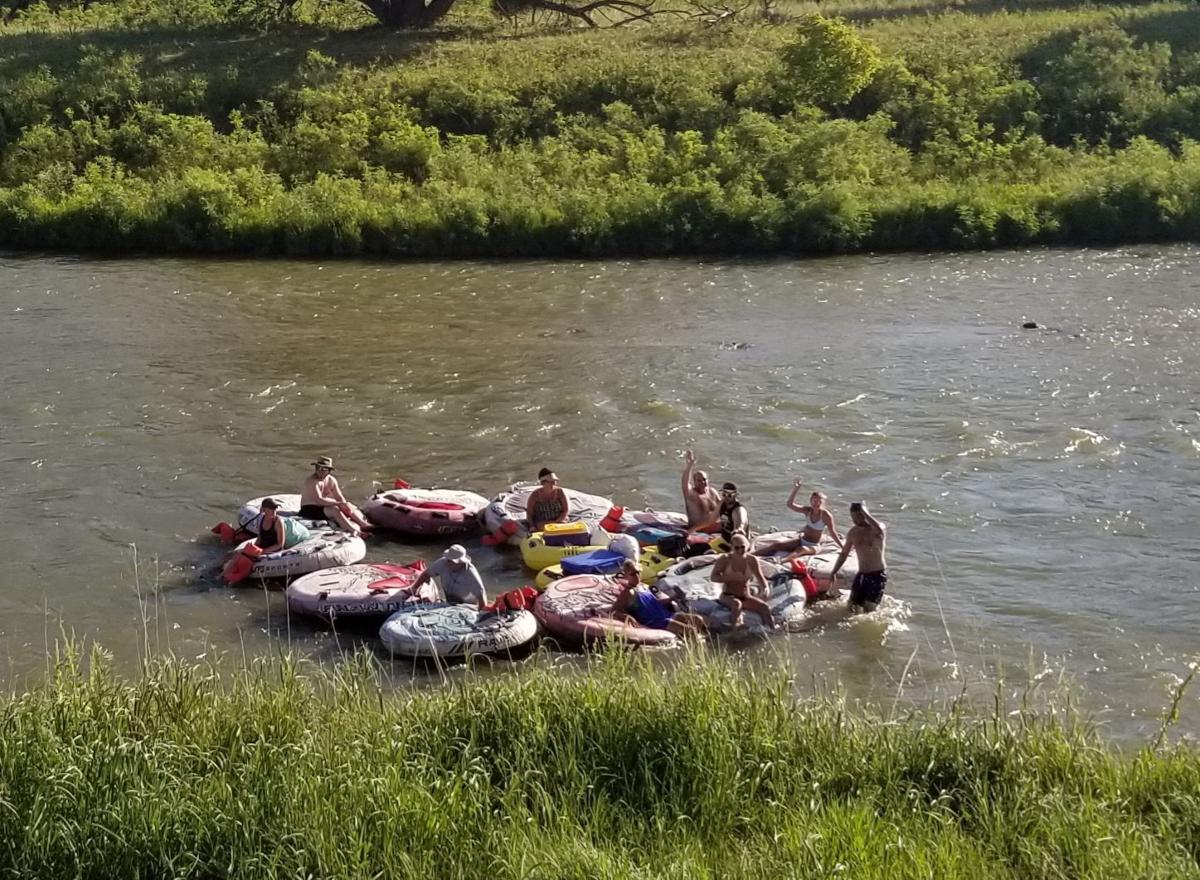 Business was crazy this summer on the Niobrara River for Brewers Canoers & Tubers and Bowling Center in Valentine. “It was just a phenomenal year,’’ owner Mary Mercure said. “The river was hopping.’’ 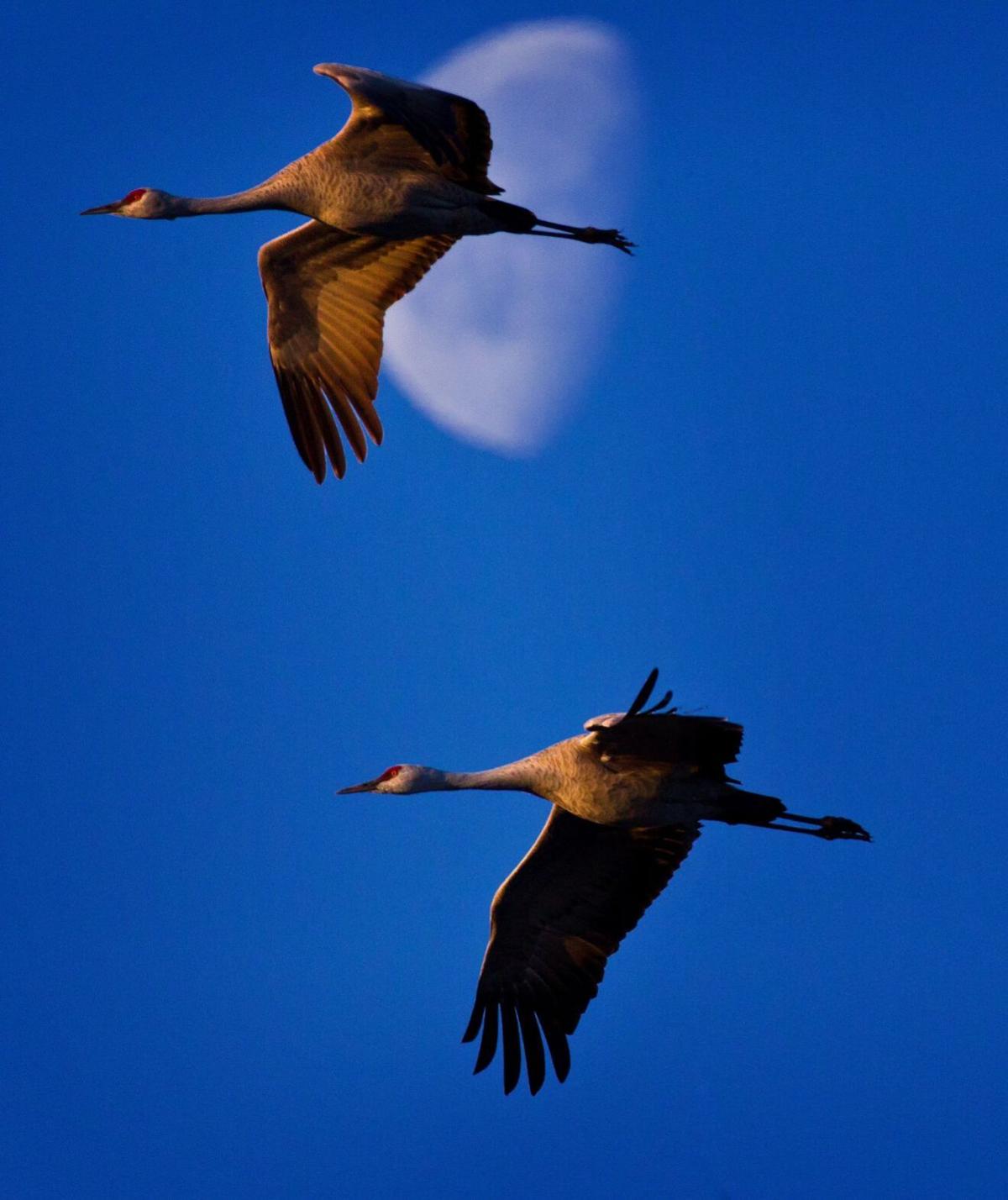 Sandhill cranes, of course, returned, but Rowe Sanctuary shut down programs in March.

As in crazy busy.

She and husband Randy operate Brewers Canoers & Tubers and Bowling Center in Valentine, near the Niobrara River, and they have been scrambling to keep up with demand since spring. They closed for the season on Labor Day.

The Mercures have been running the business since the ‘80s, and they’ve never seen anything like it. The phone rang constantly and internet inquiries were unending. Mercure said there was no such thing as a slow day.

“It was just a phenomenal year,’’ she said. “The river was hopping.’’

They were one of the lucky ones in this summer of the coronavirus pandemic. In a spot check of several of Nebraska’s biggest tourism sites, numbers were down nearly everywhere.

Nebraska tourism is a $3.5 billion industry, the third largest in the state, and visitor spending is trailing last year by about 50%.

Compared to a record-setting $1.7 billion through June 2019, this year’s spending is at $871 million, according to John Ricks, executive director of the Nebraska Tourism Commission.

“The impact on spending is significant,’’ he said.

But it’s not all doom and gloom, Ricks said, because of Nebraska being Nebraska, with lots of room to roam. Tourism is a very resilient industry, he said, and in traveling the state he’s starting to see numbers rebound at some outdoor events.

“We’ve benefited from being a state that has fewer people and wide-open spaces,’’ he said. “That’s helped a lot.’’

Nebraska Tourism’s popular Passport Program has kept people moving around the state at a record pace. More than 250 people have already finished all 70 stops, well ahead of last year. People from 460 Nebraska communities and 38 states became “Passporters” this summer.

Visits to parks and campgrounds were high, too. Through July, the combination of resident, nonresident, daily and annual park permit sales is ahead of each of the prior three years for the same reporting period.

Fishing permit numbers were up, as well as participation in the Great Park Pursuit. After a slow start, that and the Passport Program both have been extended until Oct. 31 to allow people to complete more visits.

“It’s been a different year but not a bad year,’’ she said. “I think people are rediscovering the outdoors and doing things with their family.’’

Ricks said it’s not so easy in big cities, and that’s proven the case in Omaha.

A recent report on COVID-19’s impact on Omaha tourism showed overnight visitation down 38%, hotel revenue down 55%, restaurant tax revenue down 24% and the number of meetings and events down 81%.

“This year was set up to be a banner year for tourism in Omaha and we all know what happened — no NCAA men’s college basketball, no NCAA College World Series, no U.S. Olympic Swim Trials, and the vast majority of conventions and meetings were canceled,’’ said Deborah Ward, Visit Omaha’s interim executive director. “It’s now very clear what happens when tourism in our city disappears. Everyone feels the impact, including 18,000 of our friends, family and neighbors who depend on tourism for their livelihoods.”

The drop in numbers extended to places like Lauritzen Gardens, Omaha’s botanical center.

Executive Director John Newman said it has presented the gardens with some serious challenges, and the staff is grateful for support that has come from admissions, memberships and donations.

Another Nebraska mainstay, the bird migration through the central part of the state, was hit hard for a second straight year.

After flooding last year, Rowe Sanctuary in Gibbon hasn’t been able to hold any programs since early March because of the arrival of the virus.

“Basically from that point on, tourism was dead to us,’’ said sanctuary Director Bill Taddicken. “It was done. There were still a lot of people driving around wanting to see cranes, but we couldn’t accommodate them.’’

Crane season tourism is about a third of the budget, and Taddicken said the sanctuary lost 60% to 70% of that. It could also affect next spring if volunteers aren’t yet willing to travel to help and international visitors stay home.

“It was a pretty big hit,’’ he said. “Fortunately, we have a lot of supporters who really care about cranes and we made a lot of that back in donations. We can’t make it all up.’’

Roger Jasnoch, director of the Kearney Visitors Bureau, said lodging tax receipts show that Kearney hotel visits were down 80% in April, 60% in May and 37% in June.

Although those totals suggest that the city is digging out of a deep hole, he’s concerned that many conventions in September, October and November have been canceled.

“Kearney, before the pandemic, would average three conventions a day, seven days a week,’’ he said. “We just don’t have three happening right now. Not even close.’’

Visits to another attraction in central Nebraska, the Archway, also have dipped. Visits in June, July and August were about 70% compared to last year.

But marketing coordinator Mark Foradori said the Kearney attraction is pleased with those numbers.

“I think when we first opened in June, everyone was shocked that it was as good as it was,’’ he said. “Nobody knew what to expect.’’

He said staff continue to get lots of calls to see if the building is open and what safety restrictions have been implemented.

While visitors from within Nebraska and from other states continue to arrive, what is missing are international travelers.

Foradori said the Archway regularly would get visitors from all over the world.

“I am surprised by how many people are driving through the state,’’ he said. “A lot of people are driving RVs. Every morning when I come to work, there are three or four RVs parked in the parking lot. I think people feel more comfortable traveling that way.’’

History Nebraska’s six sites, which include the Nebraska History Museum in Lincoln, were closed for renovations for much of the early months of the pandemic. Since most opened in July, they’re only at 30% or so of the attendance they had last year.

“That’s pretty decent from what we are seeing in the industry’’ said Mick Hale, director of educational resources. “Obviously we don’t like being in this spot. It’s in lots of way about as good as we can get.’’

That number got a bump with the opening of state-of-the-art displays at the Chimney Rock Museum in Bayard on Aug. 1. The displays tell the story of Chimney Rock and the western migrations.

Although at about 60% of normal visits, site supervisor Loren Pospisil said he can tell how thrilled people are to be out and to have found a place that is accepting visitors.

AppleJack Festival is now a four-weekend extravaganza that begins on Sept. 19 and ends on Oct. 11.

How many of these top golfing spots have you played? Now's the time to go

Some of the best are destination courses that offer stay-and-play packages.

Gov. Pete Ricketts urges Nebraskans to 'get outdoors' to state parks, other attractions

"With everything that's going on with the pandemic, there’s never been a better time to throw the kids in the car, and drive around the state of Nebraska, and do your summer vacation right here," Gov. Pete Ricketts said Friday.

The writer is director and CEO of History Nebraska, the State Historical Society.

"The virus has delivered a setback this year. But have no doubt, the vitality of Omaha’s tourist economy will return."

For many restaurants, museums, retail stores and recreation areas across Nebraska, this month has brought a welcome change. Signs announce a m…

Eager to get on the water? Yeah, me, too.

We can't spread it on thick enough: 'Foodies' need your help with PB & J Challenge

The 150 women in the group are holding a friendly competition to see how many plastic jars of peanut butter and jelly they can collect through Sept. 30.

Until now, the vast majority of the deadly outbreaks have never been publicly disclosed. One official likened it to "a damn grass fire."

Nancy Crow fans traveled from as far as Virginia to see her work, on display at the International Quilt Museum

Deer are more active this time of the fall. Crops are being harvested and deer breeding season is in full swing. Bucks are bolder, less wary and more susceptible to collisions with vehicles.

Tourism passports boost the economy, but the lasting rewards come in the experiences that bring a deeper appreciation of our state and its people.

One Niobrara River outfitter had “probably a record year.”

Business was crazy this summer on the Niobrara River for Brewers Canoers & Tubers and Bowling Center in Valentine. “It was just a phenomenal year,’’ owner Mary Mercure said. “The river was hopping.’’ 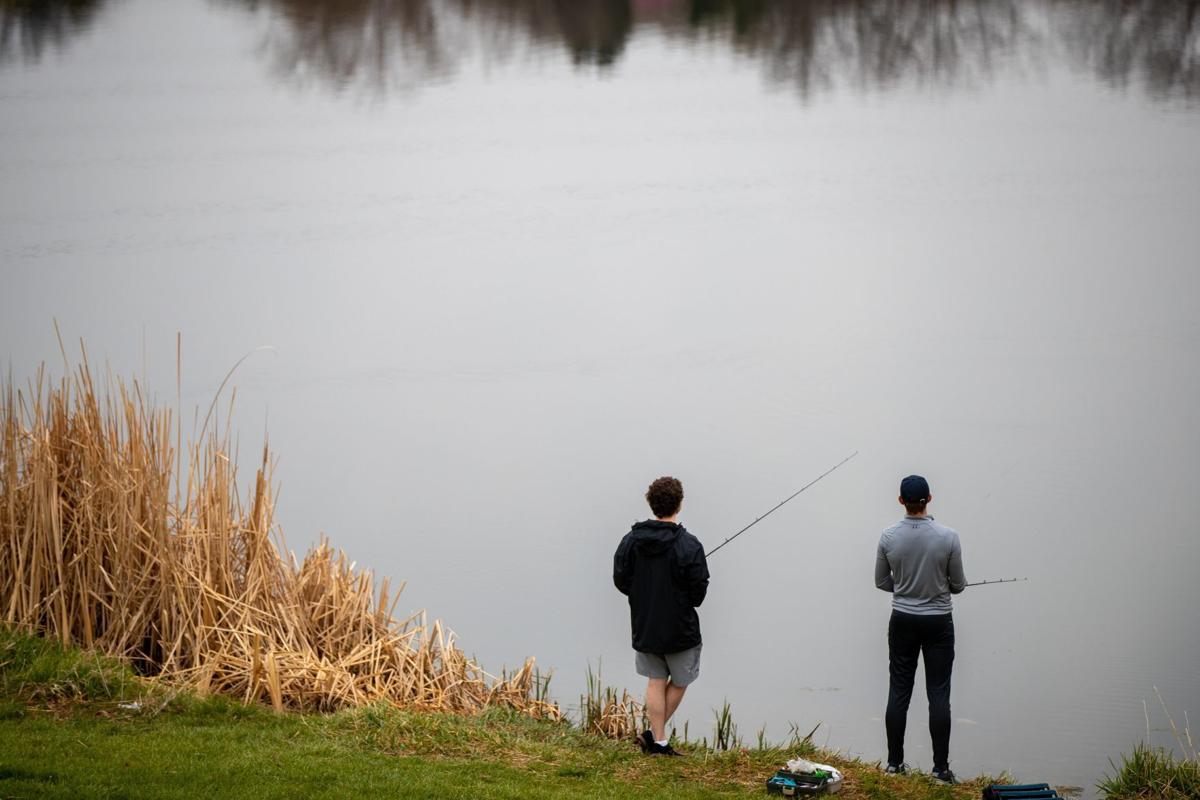 Friends Arman Moussavi and Jordan Rasmussen fish at the Candlewood Reservoir in Omaha. The number of fishing permits increased this year as Nebraskans sought safety from the coronavirus in the outdoors. 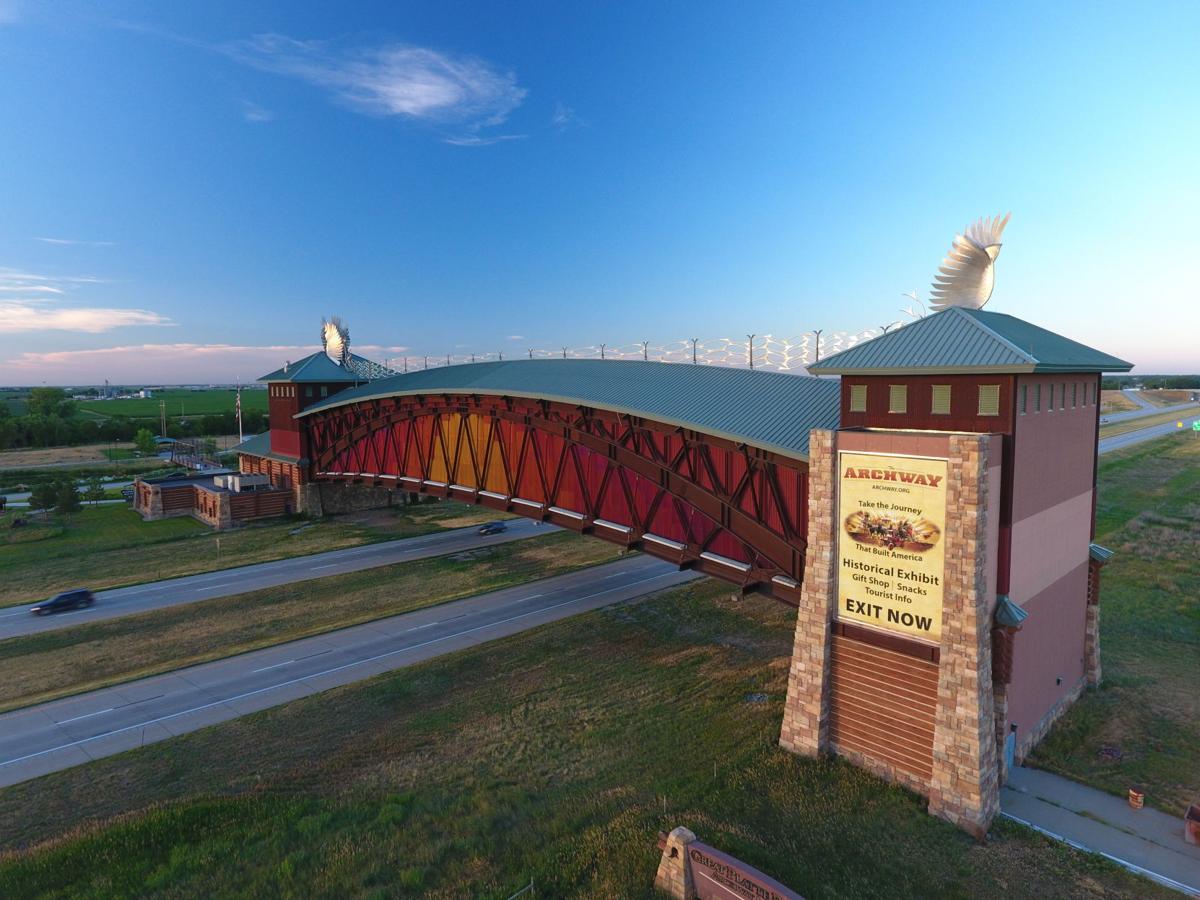 The Archway near Kearney had about 70% of the visitors it had last summer, which is better than it expected. But it hasn't had the international travelers that it normally does. 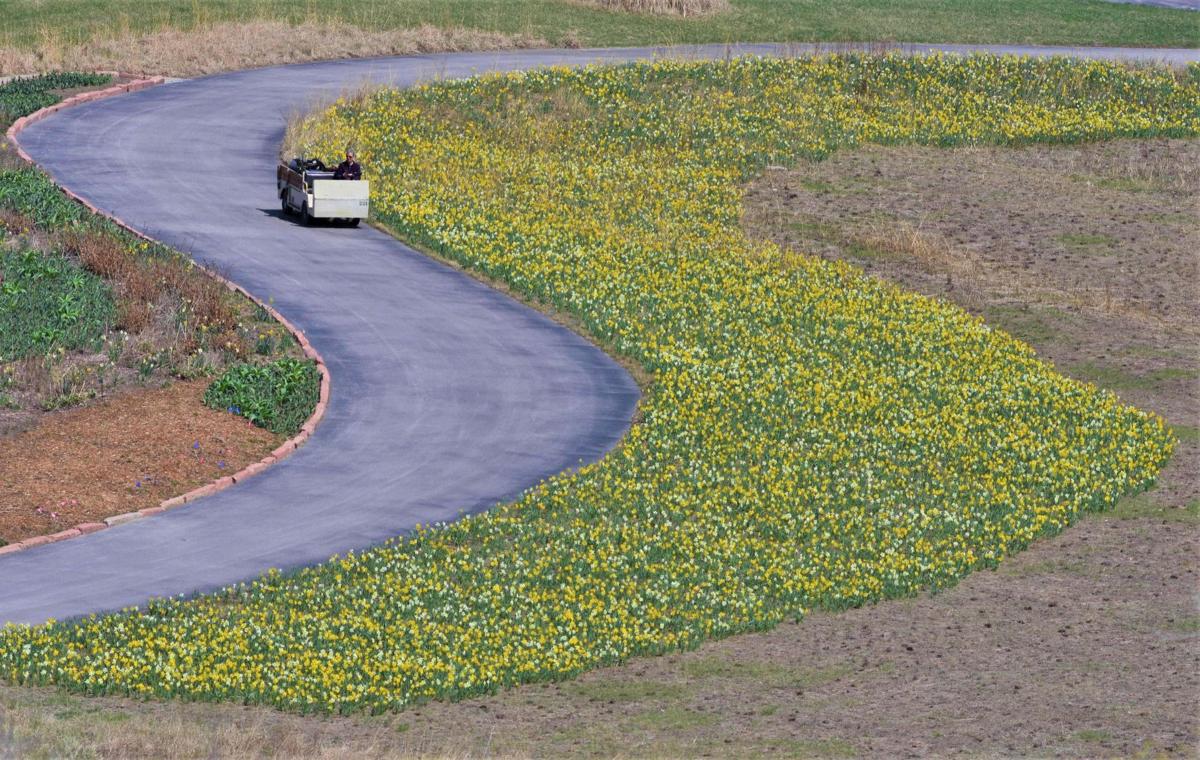 Sandhill cranes, of course, returned, but Rowe Sanctuary shut down programs in March. 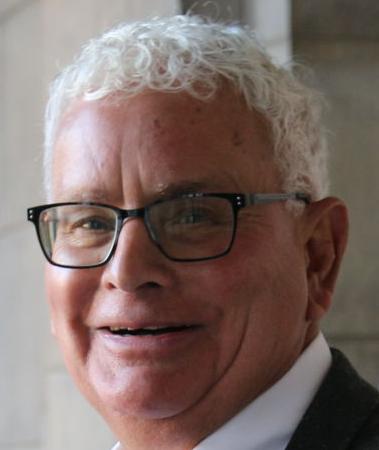