New Highway 281 bridge is open; previous span was wiped out after Spencer Dam collapsed
1 comment
Share this
{{featured_button_text}}
1 of 4 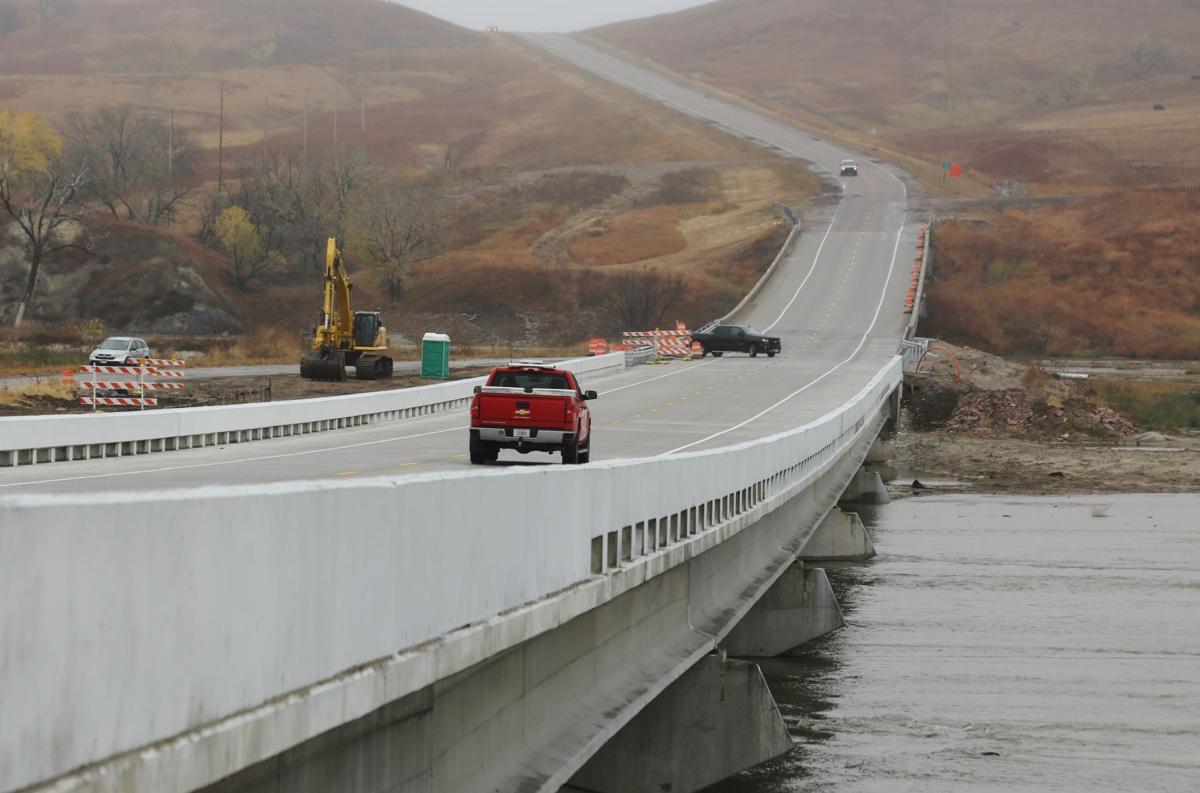 The Highway 281 bridge, which was wiped out by flooding after the Spencer Dam collapsed in March 2019, has been rebuilt and is now open to traffic. The bridge is south of Spencer, Nebraska. 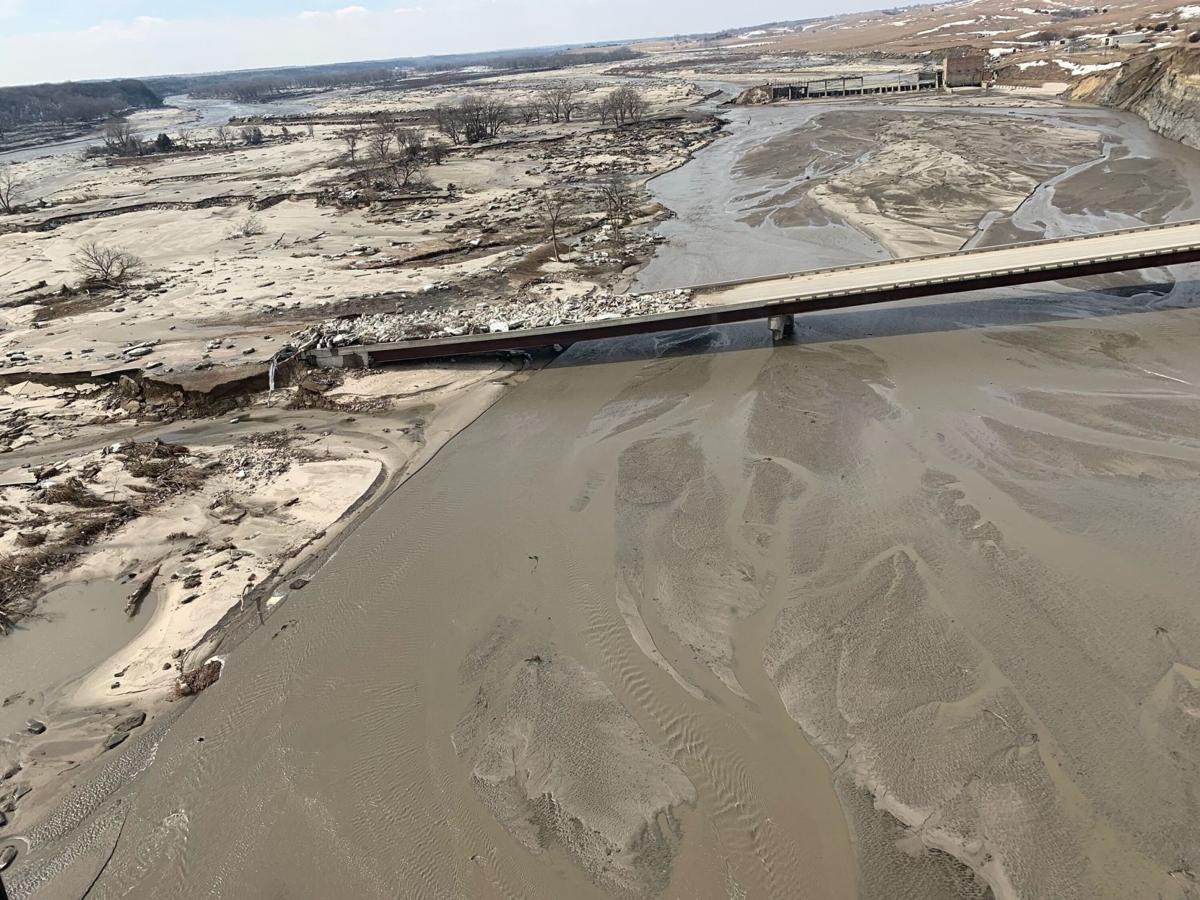 The Highway 281 bridge south of Spencer, Nebraska, was washed out by flooding in March 2019 after the Spencer Dam collapsed. 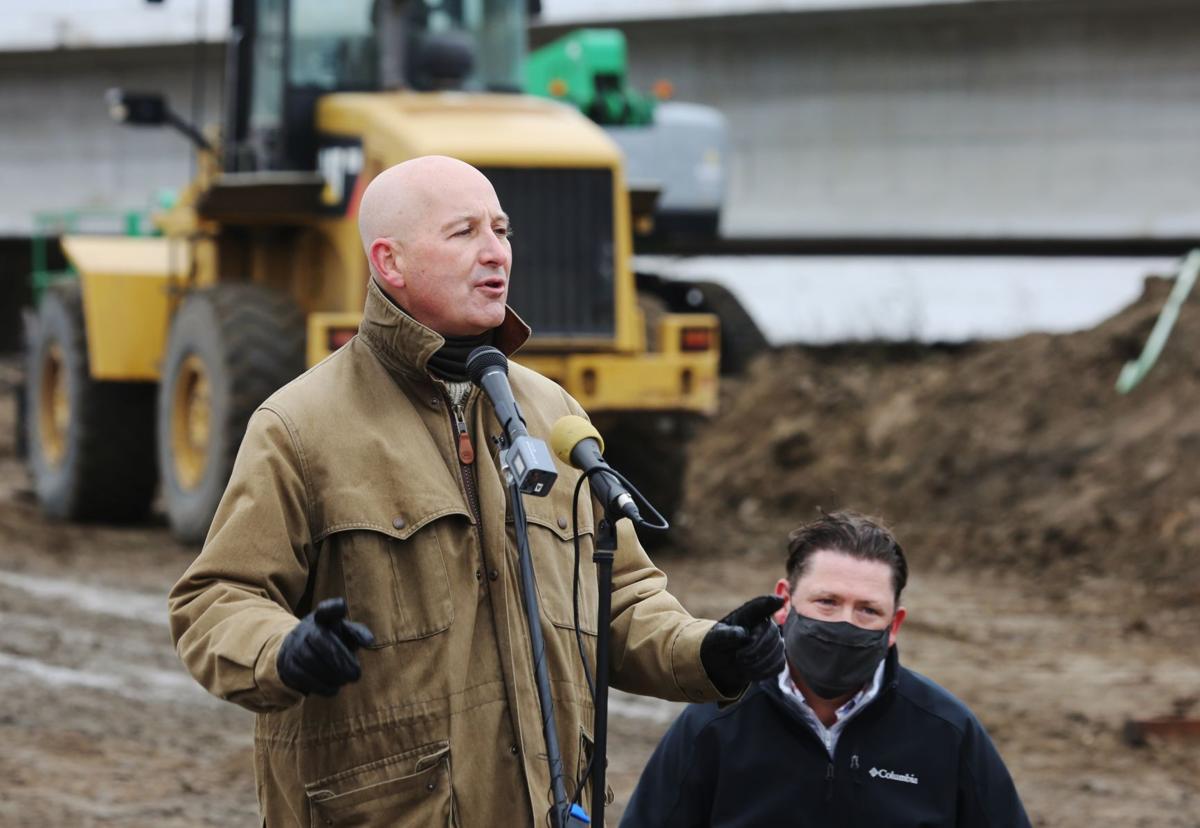 Gov. Pete Ricketts speaks Thursday at the opening of the Highway 281 bridge south of Spencer, Nebraska. 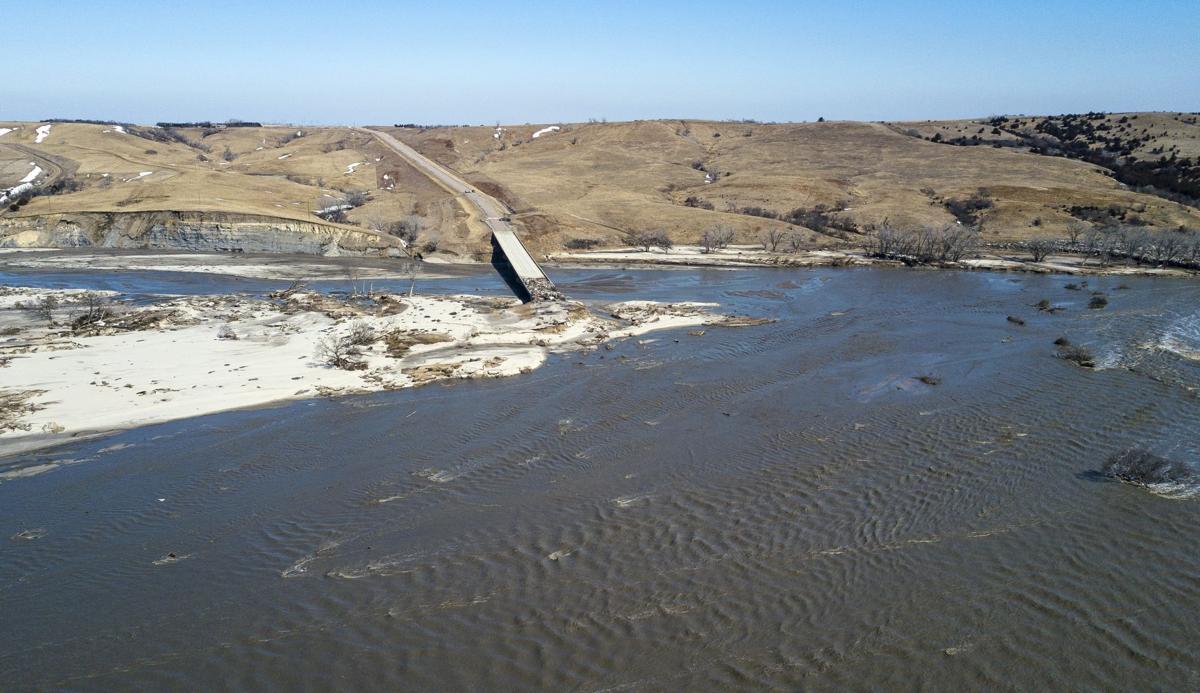 LINCOLN — The last roadway washed out by the epic flooding in 2019 has reopened.

Gov. Pete Ricketts joined other officials on Thursday to mark the milestone and celebrate the completion of a bridge on U.S. Highway 281 that spans the new channel of the Niobrara River, south of Spencer.

A huge section of the highway was washed out when the Spencer Dam, just upriver, collapsed on the night of March 13-14, 2019. The river cut a new channel, requiring a second, 1,050-foot-long bridge to be built below the dam.

The new span was finished on Oct. 15 — 580 days after the floods — replacing a temporary bridge that had been in place since July 2019. A 127-mile detour had been required to cross the river before the installation of the temporary, one-lane bridge.

“The speed of rebuilding is a true testament to the commitment and dedication of the community, the Nebraska Department of Transportation and everyone who contributed to get us here,” Ricketts said during the ceremony on the new bridge.

Flooding in March 2019 closed 3,300 miles of the state highway system and required replacement or major work on more than 27 bridges and 200 miles of pavement.

The total damage to the state highway system was about $150 million, according to Jeni Campana, a spokeswoman for the department.

The Spencer bridge project cost $25.5 million. Hawkins Construction was the lead contractor, and Olsson worked to expedite the design of the new bridge.

One man who lived just below the dam, Kenny Angel, was killed when the 92-year-old structure collapsed. His body was never found.

Photos: Nebraska flooding viewed from above

The Elkhorn River at the Maple Street bridge is shown under water Monday March 18, 2019.

Floodwaters from the Elkhorn River have gone down and now expose a heavily damaged West Dodge Road.

Floodwaters from the Elkhorn River have started to recede, exposing a heavily damaged West Dodge Road.

A cow makes its way through floodwaters near Columbus, Nebraska, on Friday.

A shell of the Spencer dam is left on the Niobrara River.

Floodwaters engulf a farm near Missouri Valley on Friday.

Floodwaters flow over a railroad bridge near Arlington, Nebraska, on Friday.

Floodwaters make their way into North Bend, Nebraska, on Friday.

The Elkhorn River encroaches on Waterloo on Sunday.

A portion of Highway 92 has been destroyed by floodwaters in western Douglas County.

A levee breach is shown on the Platte River near Ashland on Sunday.

Valley is shown inundated by floodwaters on Sunday.

An aerial view of Missouri Valley near the Interstate 29 exit on March 15.

An aerial view of Missouri Valley as floodwaters continue to impact the area on Friday.

A house is surrounded by floodwaters near Waterloo, Nebraska, on Friday.

Floodwaters swallow the town of Rogers, Nebraska, on Friday.

Water recedes in the town of Niobrara Neb. The highway showing is Hwy 12 and Hwy 14 Junction.

The Morman bridge on Highway 12 between Niobrara and Niobrara State Park was wiped out by a flood.

A train is stopped on flooded tracks next to the Platte River near Cedar Creek, Nebraska, on Friday.

Highway 75's northbound lane is closed because of flooding near Merritt's Beach RV Park on Friday.

A Nebraska National Guard helicopter flies over areas flooded by the Platte River near Columbus, Nebraska, on Friday.

Highway 81 covered in floodwaters south of Columbus, Nebraska, on Friday.

An aerial view of Missouri Valley, Iowa, as floodwaters continue to impact the area on Friday.

The National Weather Service in Valley, Nebraska was evacuated due to flooding.

A truck drives through a flooded road near the Platte River.

Northeast Nebraska is hit hard — bridges wash out and the Spencer Dam collapses, releasing a surge of ice chunks. Three people die after being swept away by floodwaters.

A four-member team from the Association of State Dam Safety Officials, a national nonprofit organization, will conduct an independent review of the dam's collapse. The review will focus on what can be learned about the dam collapse to guide future dam construction.

Edward Sloan, program delivery manager for the Federal Emergency Management Agency, visited the site of the dam, along with a volunteer team of retired members of the U.S. Army Corps of Engineers.

Tim Gokie, chief engineer of the state’s dam safety program, said that ice, carried by epic floodwaters, most likely caused the 92-year-old concrete-and-earthen dam to wash out last month, rather than age or any deficiencies identified in state inspections.

Records indicate that the dam was last inspected in April 2018 and rated in “fair” condition. But the report carried an ominous warning: “deficiencies exist which could lead to dam failure during rare, extreme storm events.” NPPD officials said that the deficiencies had been addressed and that they felt the dam was safe and the collapse was due to an “unprecedented” combination of high flows from the Niobrara River mixed with massive chunks of ice.

The devastation in this recreation-based community of 370 was a testament to the pummeling power of Mother Nature when huge chunks of winter ice are propelled by an estimated 11-foot wall of water. In that way, it was a different scene than many others across flood-ravaged Nebraska.

The Highway 281 bridge, which was wiped out by flooding after the Spencer Dam collapsed in March 2019, has been rebuilt and is now open to traffic. The bridge is south of Spencer, Nebraska.

The Highway 281 bridge south of Spencer, Nebraska, was washed out by flooding in March 2019 after the Spencer Dam collapsed.

Gov. Pete Ricketts speaks Thursday at the opening of the Highway 281 bridge south of Spencer, Nebraska.