A rendering of how the hospital in Walthill, Nebraska, founded by Dr. Susan La Flesche Picotte, would look after the renovation.

The hospital created by Dr. Susan LaFlesche Picotte in Walthill to serve the Omaha and Winnebago Tribes, as well as white settlers in the area. 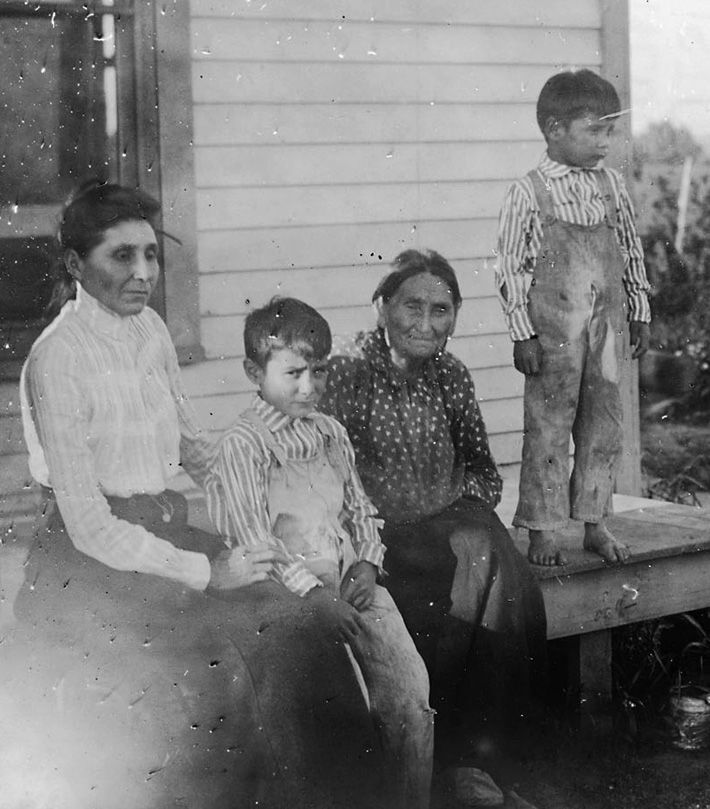 Dr. Susan La Flesche Picotte, left, at her home in Bancroft, Nebraska, in 1906 with her mother and her two sons.

LINCOLN — After months of planning and fundraising, the renovation of a historic hospital founded by the nation’s first Native American physician has begun.

A groundbreaking ceremony is scheduled Saturday morning in Walthill to mark the start of restoration work on the Dr. Susan La Flesche Picotte Memorial Hospital.

The three-story, 33-room structure was founded by “Dr. Susan,” as she’s known, 107 years ago to care for members of the Omaha and Winnebago Tribes on their northeast Nebraska reservations, as well as white settlers.

Born before Nebraska became a state, Picotte sought a medical degree after watching a Native American woman die on the reservation without being seen by a doctor. She graduated at the top of her medical class in 1889 in Pennsylvania, becoming the nation’s first Native American doctor.

The hospital, built with $8,000 in private donations that she solicited herself, was the fulfillment of a dream.

“This is something that our state should really be celebrating. This was a great woman and a great leader,” said Judi gaiashkibos, the longtime executive director of the Nebraska Commission on Indian Affairs and a catalyst in launching the restoration project.

The goal is to create a living legacy for the famed physician by reestablishing a medical clinic and a community center within the now-vacant building. Plans also envision an art gallery, an after-school center for local students, and a historical exhibit on Picotte’s life, according to gaiashkibosh and Gary Bowen, the head of the nonprofit foundation doing the project.

The groundbreaking is the culmination of three years’ worth of planning and fundraising, said Bowen, a retired Omaha architect whose past projects include Omaha’s Gene Leahy Mall and the Old Market’s M’s Pub.

The old hospital is one of only 22 National Historic Landmarks in the state, and was recently named as one of the 11 most endangered historic structures in the country.

The project, Bowen said, will hopefully give an “economic and spiritual jolt” for the village of Walthill, population 780, which currently lacks a medical clinic.

“I think it will also give the Omaha Tribe something to look at with a sense of pride,” he said.

Picotte’s story was not widely known until the publication of a book in 2016 by Lincoln author Joe Starita, “A Warrior of the People,” and a documentary on her life by the Nebraska Educational Television network called “Medicine Woman.”

They told the story of how a young girl, the daughter of the last traditional chief of the Omaha Tribe, earned a medical degree decades before women could vote and Native Americans were recognized as citizens. She passed up lucrative offers to practice medicine elsewhere to serve her people, making house calls wrapped in a buffalo robe and riding a horse-drawn wagon.

Picotte died of cancer in 1915, but the hospital continued to operate for 30 more years. In recent years, it sat mostly vacant after being used as a private residence and a nursing home. A group of local residents had purchased the building during a tax sale, in hopes of someday restoring it. The nonprofit foundation, which includes representatives of the Omaha Tribe, now owns the building.

A new roof was put on the old hospital last year, with the help of a $50,000 grant from the Shakopee Tribe of Minnesota. Fauss Construction of Hooper began work to restore the exterior a week ago. A major funding source is a $590,000 USDA Rural Development grant.

Bowen said that a $2 million fundraising drive is scheduled to begin next year to finance the renovation of the building’s interior, as well as fund a part-time director, and landscaping and maintenance.

“We’ve got a big challenge ahead to raise the money to finish it off, but I think we have a lot of momentum and a lot of positive interest in it,” he said.

Virtual hearings have been scheduled for the public to comment on how TC Energy will deal with water crossings for its Keystone XL oil pipeline. Testimony at all three hearings will be via telephone.

Gerry Oligmueller, the longtime chief of the state budget office, is retiring, and Mark Quandahl, the state banking director, will step down next month.

Expansion of rural broadband is vital for businesses and students, advocates say

On Tuesday, the Nebraska Public Service Commission was urged to get more aggressive, and to move more quickly, in funding projects that will expand high-speed internet to more areas of Nebraska.

The three-story, 33-room structure on the Omaha Indian Reservation was named as one of the nation's 11 most endangered historic places by the National Trust for Historic Preservation.

The hospital that was founded in Walthill in 1913, eventually known as the Dr. Susan La Flesche Picotte Memorial Hospital, has slowly deteriorated over the years and is rarely used now, except for an occasional school tour.

Robin Watters calls the 60-page book "an unvarnished look" at POW life but doesn't know why his father had it. Clay Ferguson, the B-24 navigator who wrote it, was shot down in a 1943 raid on the Ploesti oil refineries and held prisoner for a year.

The cemetery has been able to cover yearly expenses through revenue and other investments without loans, but costs are going up and the money is dwindling. Many projects don’t get tackled.

A bloody massacre 300 years ago near Columbus ended Spain's Great Plains ambitions. Now you can see the battle depicted on a mural on display at the Nebraska History Museum in Lincoln.

Andrea Dorsey of Omaha cares for her husband, who was wounded in Iraq, and said who do such work are “proud to do it.” But it can be a daunting task and often a lonely job, she said.

A group of prominent Nebraskans has fired several criticisms at a state board that hands out grants for environmental projects. They say one of the board's recent decisions might be illegal.

John Brown's Cave and the Mayhew Cabin may never reopen after floods damaged the property in 2019. The foundation that runs the site says it doesn't have the funds to repair the property.

When looking forward seems daunting, or murky, or confusing, sometimes it’s helpful to look back. Better understanding where we came from might help us better ground ourselves going forward.

A rendering of how the hospital in Walthill, Nebraska, founded by Dr. Susan La Flesche Picotte, would look after the renovation.

The hospital created by Dr. Susan LaFlesche Picotte in Walthill to serve the Omaha and Winnebago Tribes, as well as white settlers in the area. 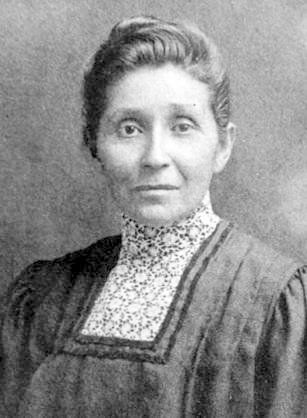 Dr. Susan La Flesche Picotte graduated at the top of her class when she earned her medical degree in 1889.

Dr. Susan La Flesche Picotte, left, at her home in Bancroft, Nebraska, in 1906 with her mother and her two sons.