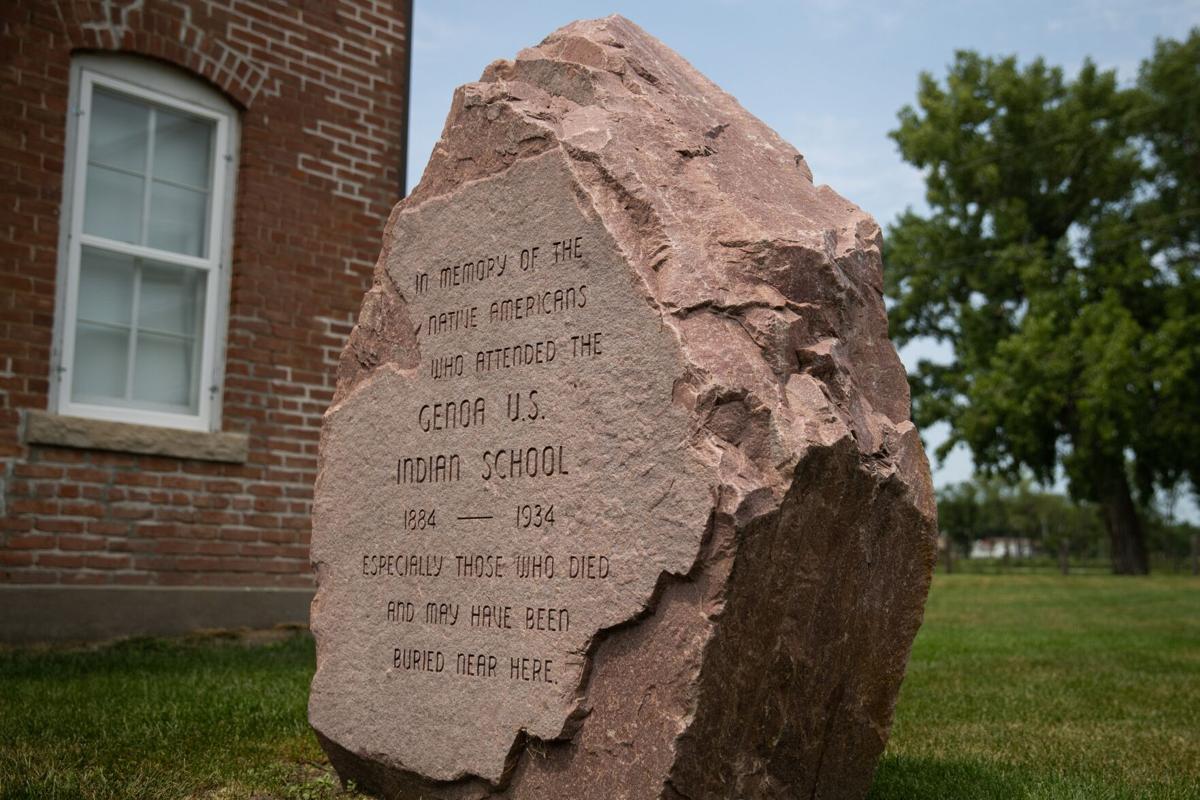 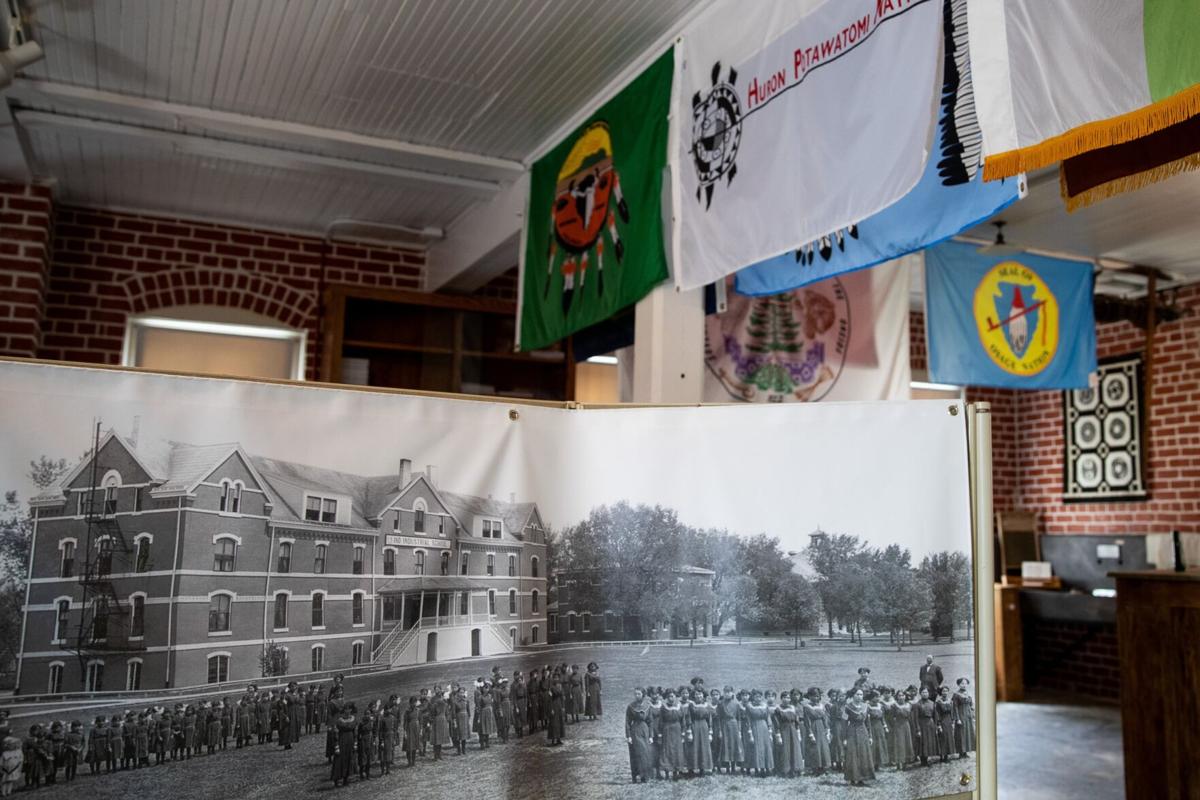 As the search continues for a cemetery once used by the Genoa U.S. Indian Industrial School, researchers say they have discovered the names of more than 100 students who died while at the federal boarding school.

A collaborative effort has thus far found 102 names of students — primarily young children — who died while at the school, which operated in Genoa, Nebraska, from 1884 to 1934.

Some of the names might be duplicates, but the true death toll is likely much higher, said Margaret Jacobs, a professor of history at the University of Nebraska-Lincoln and co-director of the Genoa Indian School Digital Reconciliation Project. The project, formed in 2017, has focused in recent months on identifying students who perished at the school.

It comes amid a national push to learn the true toll of federal boarding schools for Native children and young adults.

The fourth such school to be built in the U.S., the Genoa Indian Industrial School was one of the largest in a system of 25 federal Indian boarding schools. At its peak in 1932, the school’s 640-acre campus housed 599 students, who ranged in age from 4 to 22 years old.

When the school closed in 1934, documents were either destroyed or scattered across the country. Locating them has proved challenging for both the Genoa project and others working to gather information on the schools.

Many of the names linked to Genoa were found in newspaper archives, including the school’s student newspapers, according to Jacobs. The research team hopes to eventually find an official government record on student deaths, something that hasn’t yet turned up in the thousands of documents analyzed and uploaded to the project’s website.

Meanwhile, the Nebraska Commission on Indian Affairs is working with the State Archeology Office to find the school’s cemetery.

Guided by a 1920 Nance County plat map that denotes the cemetery’s location, three areas have been searched using ground-penetrating radar in recent weeks, according to Judi gaiashkibos, executive director of the commission.

Data gathered from the searches will have to be further analyzed, but field observations did not detect anomalies consistent with graves.

It’s disheartening, gaiashkibos said, that the graves haven’t yet been found.

“I think America needs to take these little children back home, and if we’re not able to find them, I think we need to do something to recognize that they lost their lives there,” said gaiashkibos, a citizen of the Ponca Tribe.

The existence of the cemetery isn’t doubted.

Multiple references to children buried in the school cemetery have been found in newspapers and in the stories of former students, who, years after the school closed, recalled the burial of classmates on school grounds.

Many of the children who died at the school fell victim to disease, Jacobs said. Pneumonia is often mentioned in records, and tuberculosis was one of the most common killers of children at the school.

Through an annual report from the school superintendent in 1892 to the U.S. commissioner of Indian affairs, the reality of disease was described in stark numbers.

“In February our school increased by about 140 Southern Indian children,” the superintendent wrote. “Soon after their arrival, an epidemic of measles broke out; it spread rapidly through the school. At one time there were 105 in bed at once. As a sequel, we had numerous cases of lung fever, 10 of which died. With two exceptions, the deaths were all confined to two tribes. Apaches and Arapahoes.”

It is unclear if the 10 children were buried at the school, or if their remains were sent home.

There are also records of deadly accidents, like the drowning of a 16-year-old whose death was reported in 1909 by the Genoa Times. Another teen reportedly died after he was hit by a freight train near the school. And the Columbus Journal reported in 1898 that a student was accidentally shot by another boy while playing with pistols on school grounds.

Each is added to the researchers’ list. Their ages range from 4 to the early 20s. Their cause of death and tribes are included if they can be found.

The names on that list won’t be published until tribal leaders are consulted and an attempt to contact relatives of the dead is made.

“These children died at the school; they didn’t get a chance to go home,” Jacobs said. “I think that the descendants deserve to know what happened to their ancestors.”

For descendants of those who attended the school, like gaiashkibos, whose mother went to the boarding school, unearthing the unknown brings a range of feelings.

“I have a lot of feelings, a lot of mixed feelings,” gaiashkibos said. “As a country, I think there was a collective decision that this isn’t the history that we want to tell. That the truth is too painful to reveal. I think it’s time to take responsibility for that, and to do something positive for the future.”

gaiashkibos’ mother didn’t share much about her time at the school.

Neither did Rick Williams’ ancestors.

Williams wishes that he had asked his great-grandmother and grandmother more about their time at the school. What he does know is that they had vastly different experiences.

His great-grandmother, Ida White Eyes, was one of the first students to attend the school in the mid-1880s. The 14-year-old was healthy when she was taken to the school. Months later, she was sent home completely blind.

White Eyes died when Williams was 10 years old, but he distinctly remembers watching a doctor examine his great-grandmother’s eyes.

“He had that little light and he opened her eyes and he said, ‘Oh my god, somebody has done something to this woman’s eyes,’” Williams recalled.

Williams and his grandmother, Louisa Star, suspected that lye soap had been rubbed in the eyes of his strong-willed great-grandmother as a punishment.

Star also attended the school. After her graduation about 1914, she attended the Rapid City Indian School and eventually the Colorado School of Mines, receiving the equivalent of a business degree.

“You have the tale of two very different experiences,” said Williams, a member of the Oglala Lakota Tribe and a Cheyenne descendant.

Williams, who in 1975 became the first documented Native person to graduate from the University of Nebraska-Lincoln with a bachelor’s degree, recalls the anger he felt the first time he visited the Genoa school’s former campus years ago.

“One of the most frustrating experiences for me with Genoa was when my wife and I visited probably 25 years ago,” he said. “I was shocked that there was no cemetery, and there were hints about where the cemetery was, or some suggestion that it had been covered up, but no answers. I was angry.”

Locating the cemetery is an effort gaiashkibos is committed to.

“I’m dedicated to spending the rest of my life to finding those children at Genoa,” she said.

Local and state officials are not alone in their desire to learn more.

It is meant to review the U.S. Indian Boarding Schools’ legacy of physical abuse and isolation. It will also provide resources to investigate known and suspected burial sites, including the Genoa school’s cemetery.

“I’m looking to see something good come out of this,” gaiashkibos said. “Perhaps we will find some way to restore language, to restore some of the culture that was stripped from us. Also, hold people accountable. Everyone needs to learn the stories and say, America did this and we can do better.” 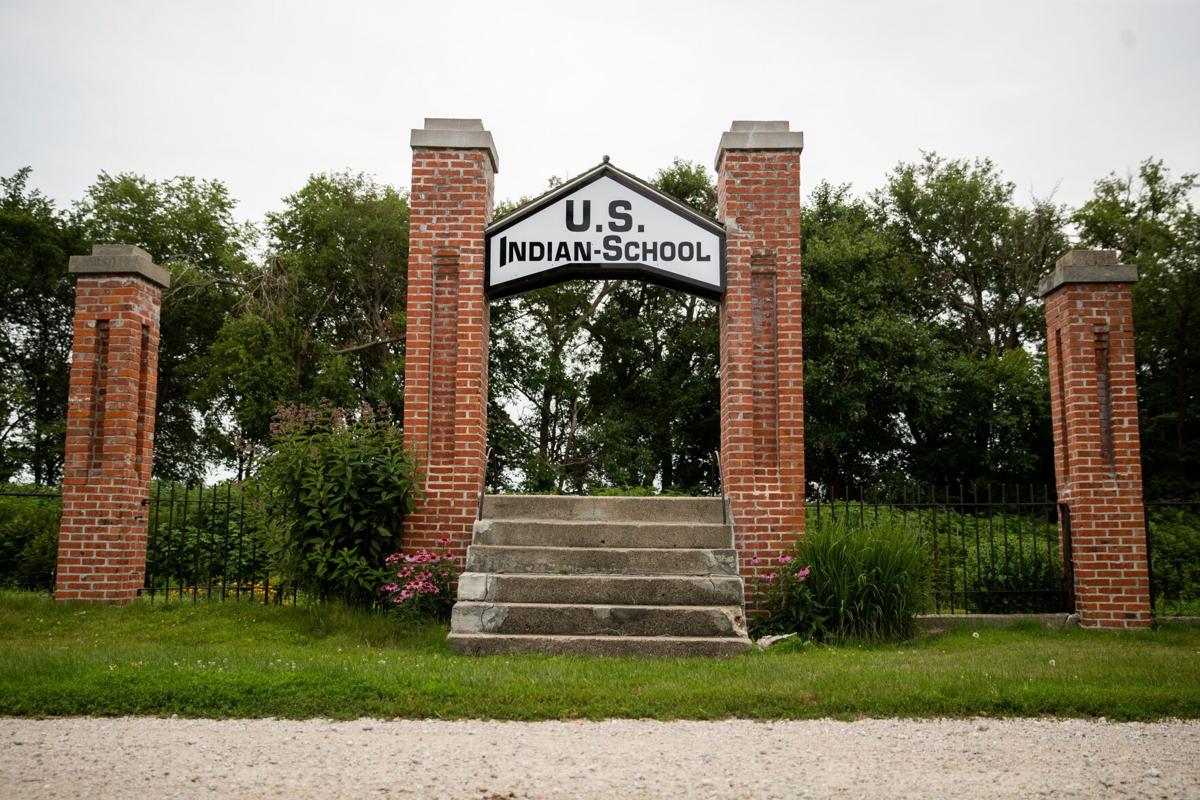