Linda Garey’s grandson thought it would be a hoot to buy Garey a ticket in the Nebraska Lottery’s “Grandma Got Run Over By a Reindeer” scratch game.

The morbidly funny Christmas novelty song, recorded in 1979 by the husband-and-wife country duo Elmo & Patsy, tells the story of a granny, tipsy on eggnog, who wanders outside into a snowstorm and has a fatal encounter with Santa’s sleigh.

So he bought the ticket in Lincoln before heading to Crawford, Nebraska, in the state’s northwest corner, for the family’s Christmas celebration. Lottery officials said in a press release that he gave it to Grandma Garey.

This time, Grandma had the last laugh.

Garey’s grandsons took her to a lottery retailer in Crawford to make sure they had read it right.

A few days later, they drove her to Lincoln — 450 miles away — to claim the prize.

Garey mentioned the song in her comment to lottery officials.

“Grandma Got Run Over By a Reindeer,” Garey said. “I’d say it’s an appropriate ticket.”

Garey was not the only Nebraskan to collect Christmas cash through the lottery.

Zaena and Brian Cusick of Fremont received a $10 Mega Crossword scratch ticket from Brian’s mother as a stocking-stuffer.

At first they thought the ticket had won $60, lottery officials said. But when they took it to a local supermarket to check, they learned they had won a $100,000 jackpot.

“He scanned it while I was getting some food,” Zaena Cusick said. “He waved me over to tell me, and I started crying right in Hy-Vee.”

The couple told lottery officials that they plan to pay off bills and then take their kids on a nice vacation. 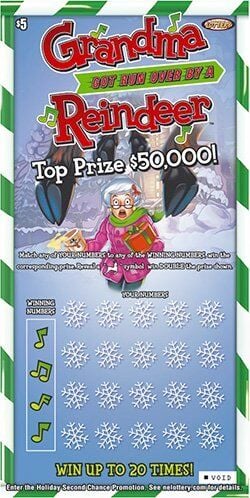 Linda Garey of Crawford, Nebraska, won a $50,000 prize in the Nebraska Lottery's "Grandma Got Run Over By a Reindeer" scratch-off game. She received the ticket from her grandson as a Christmas gift. 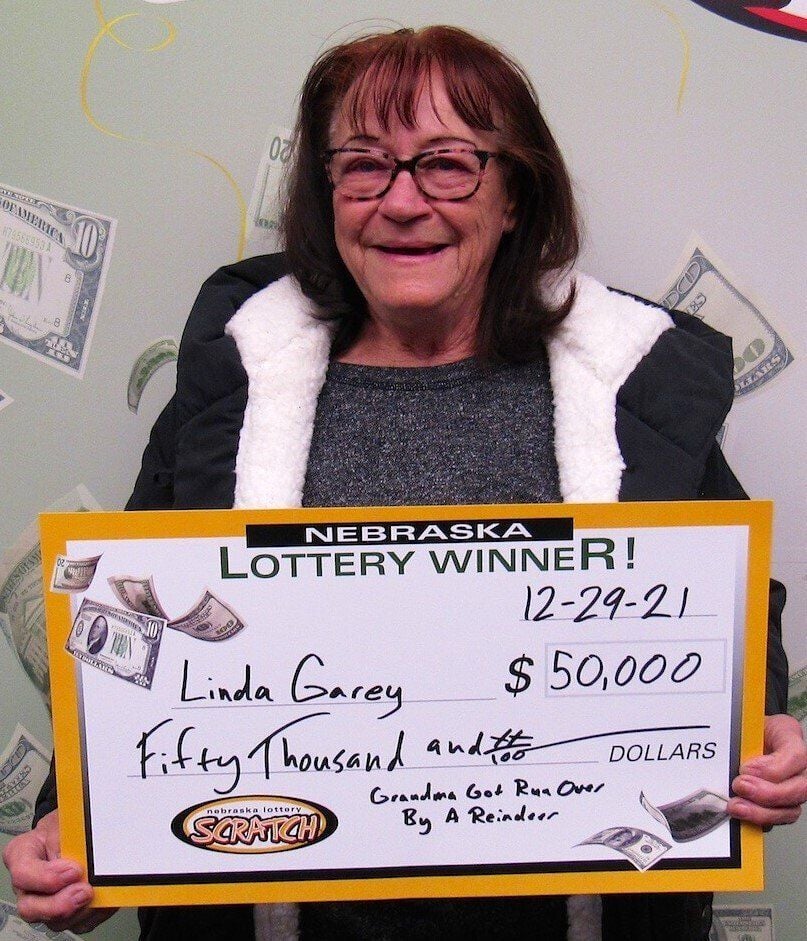 Linda Garey of Crawford, Nebraska, won the top prize in the “Grandma Got Run Over By a Reindeer” scratch-off game. She received the ticket from her grandson.