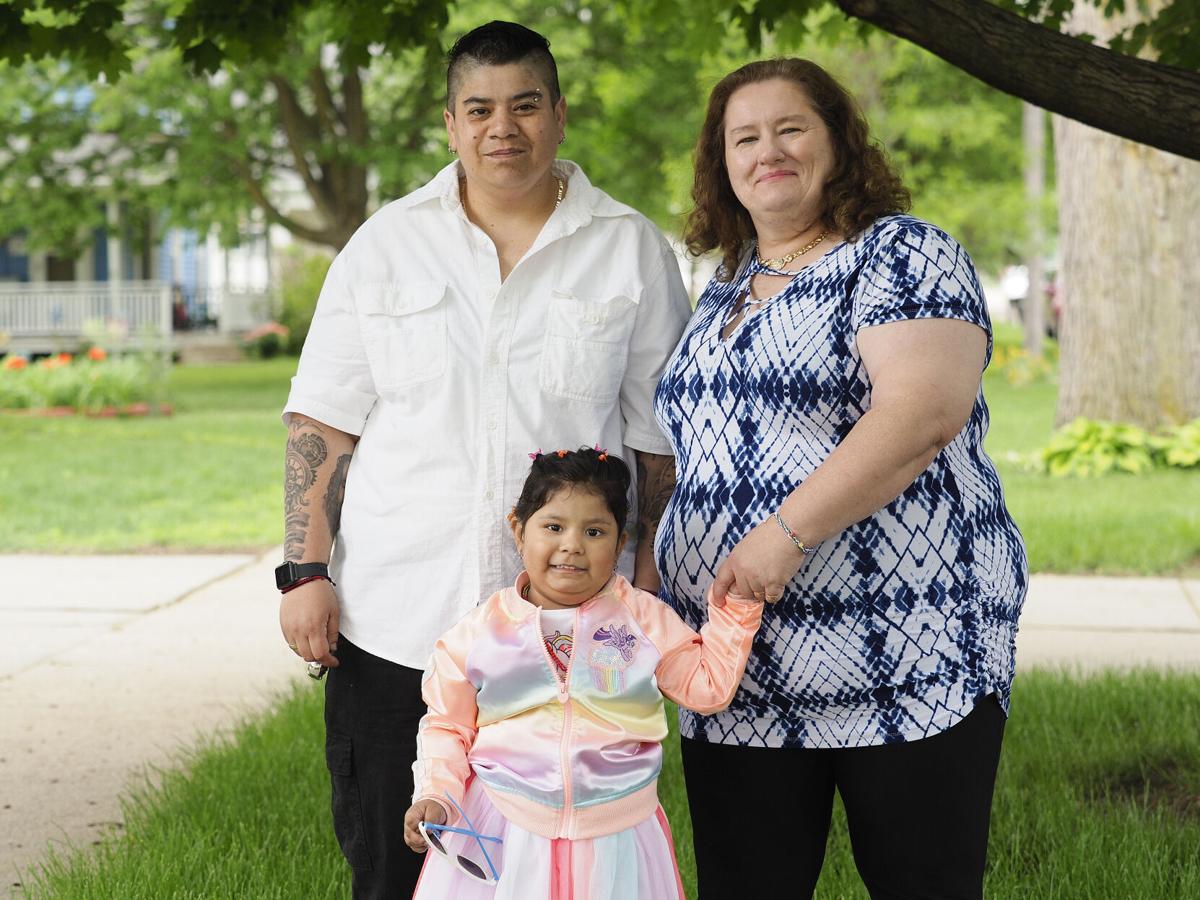 Maria Salas Valdez, left, and Kelly Hoagland, with Yasmine, whom they have raised since she was born. 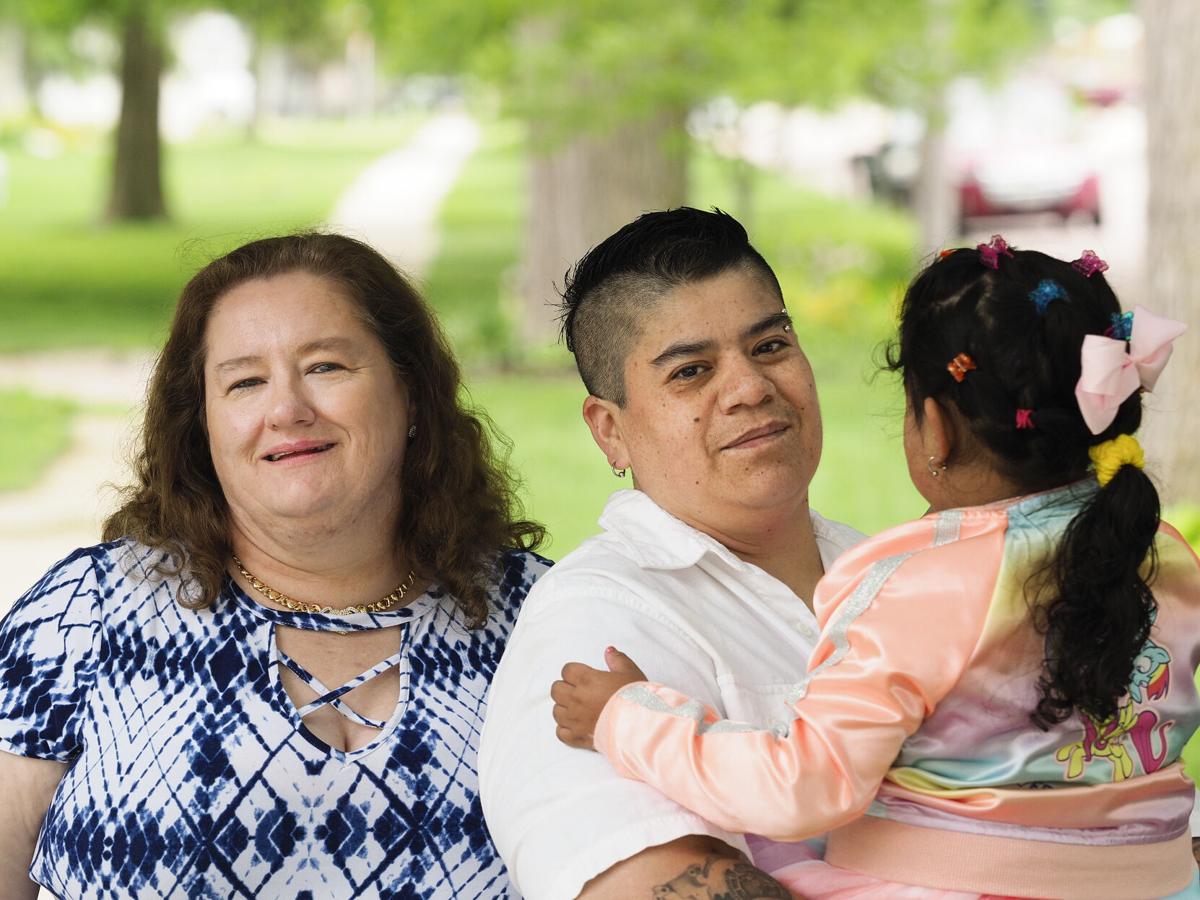 Kelly Hoagland, left, and Maria Salas Valdez with 3½-year-old Yasmin. The girl’s adoption was finalized two weeks ago. A Dixon County judge tossed out their adoption petition a year ago. 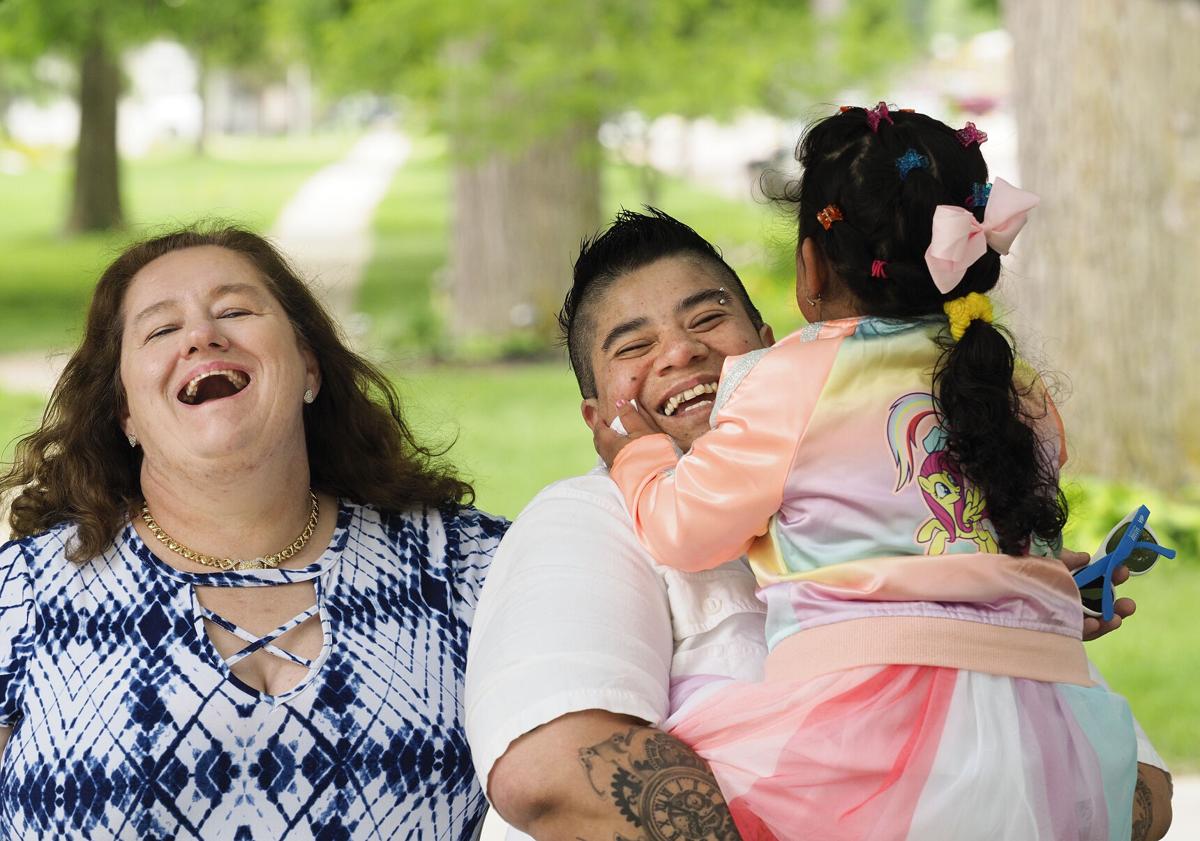 LINCOLN — Kelly Hoagland and Maria Salas Valdez expected to walk out of a Dixon County courtroom a year ago as the legal parents of the child they had been raising since birth.

Instead, they were stunned to hear the judge at the hearing declare that he was tossing out their adoption petition.

Describing himself as “old-fashioned,” Dixon County Judge Douglas Luebe told them that the “plain ordinary language” of state adoption law does not permit a “wife and wife” to adopt. Any other conclusion, he continued, would turn the court into an “imagination station.”

“I was shocked,” Hoagland said. “I had to turn around and ask the lawyer, did he just say what I thought he said? I couldn’t understand why he did what he did.”

The turn of events left the Wakefield, Nebraska, couple in dismay and their daughter, Yasmin, in legal limbo.

The story was different two weeks ago, when the family returned to the courthouse in Ponca, Nebraska, with a different judge presiding and a Nebraska Supreme Court decision in their hands.

This time, Dixon County Judge Edward Matney approved the petition for Hoagland and Valdez to adopt the girl they call Yazzy. He smiled at the 3½-year-old during the hearing as she played a game of kissing Hoagland’s hands. And he invited the family to take photos with him afterward.

“When that judge finally finalized it, I just started crying,” Hoagland said.

It was after a federal judge permanently enjoined a Nebraska constitutional amendment barring same-sex marriages. And after many other same-sex married couples had adopted in the state without being challenged.

But Hoagland and Valdez could have been denied if they had not decided to fight for their daughter.

Hoagland, an Indiana native, and Valdez, from Mexico, have been together since 2007. They tied the knot in Van Nuys, California, in 2008, shortly after that state started allowing same-sex couples to marry.

In 2009, they moved to Nebraska because of Hoagland’s work as a U.S. Department of Agriculture inspector. She had two elementary-age children of her own when they landed in Wakefield, a town of about 1,400 people that is home to a major egg-processing plant.

At first, Hoagland said, local residents were wary. Parents wouldn’t let their children play with her two kids in the beginning. But over time, acceptance has grown, and the family has developed friendships in town.

“They finally figured out we’re just like everybody else,” she said.

Yasmin came to live with them after her birth in 2017. She was born to Valdez’ sister, who had been struggling to care for two children already. Hoagland and Valdez offered to take the baby to help out. Yasmin’s biological mother agreed, knowing that she could still be part of the child’s life. Yasmin’s father never sought custody.

After Luebe rejected their adoption petition, the couple turned to Omaha attorney Matt Munderloh. With the help of the ACLU of Nebraska, he took the case directly to the state’s highest court.

“It was very trying, very stressful,” Hoagland said. “It was a nerve-wracking process.”

The statute at issue says “any minor child may be adopted by any adult person or persons.” It also requires that if the would-be adopter has “a husband or wife,” the husband or wife must join in the adoption petition.

In its decision, the Supreme Court said the two women fit the category of adult persons and, based on the common definition of “wife” as “a married woman,” that either woman had fulfilled the requirement to have her wife join in the petition.

Following its practice in cases involving juveniles, the court identified Yasmin and the two women only by initials.

Hoagland said they have decided to go public because the adoption is final and they hope that their story can help other same-sex couples and other children needing permanent, loving homes.

“I just pray it helps so many people and all those children in foster care,” she said.

Editorial: Nebraska must send a signal of welcome to all; this couple's story provides encouragement

Their neighbors gradually learned that this same-sex couple, who have adopted a daughter, are "just like everybody else."

In a unanimous opinion, the Nebraska Supreme Court rejected the state's petition to terminate the parental rights of the young woman, saying HHS had not proven her "unfitness as a mother."

Former State Sen. Ernie Chambers of Omaha has filed a complaint against a Dixon County judge who described himself as "old-fashioned" in denying an adoption petition for a same-sex married couple.

The bill would specifically prohibit discrimination on the basis of sex, sexual orientation and gender identity in employment, housing and public accommodations, education and other areas.

Two Omaha women sued the state's public health agency on Monday after it denied their request to list both of their names as parents on their children's birth certificates.

Maria Salas Valdez, left, and Kelly Hoagland, with Yasmine, whom they have raised since she was born. 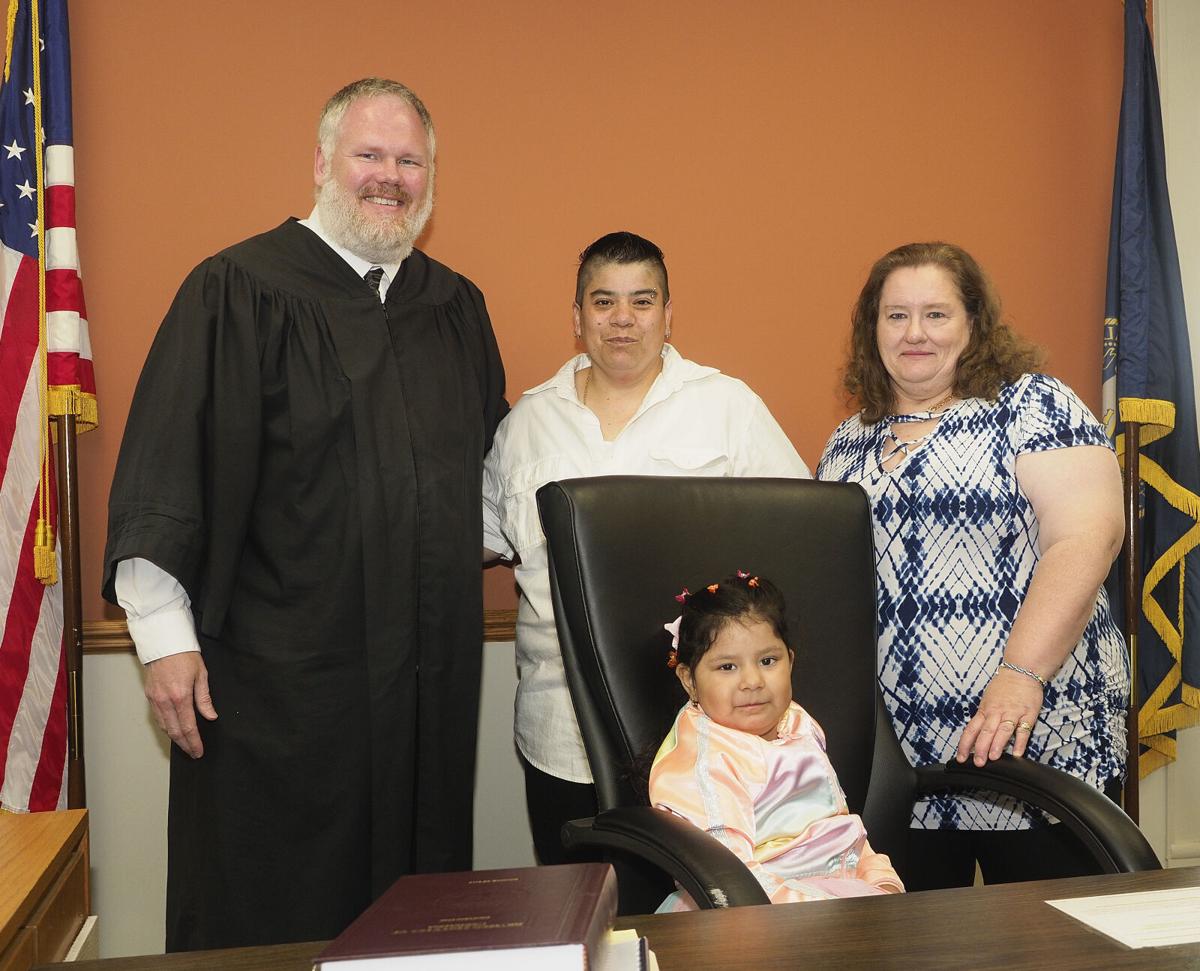 From left, Dixon County Judge Edward Matney with Maria Salas Valdez and Kelly Hoagland after he approved the couple’s petition to adopt the girl they call Yazzy, front.

Kelly Hoagland, left, and Maria Salas Valdez with 3½-year-old Yasmin. The girl’s adoption was finalized two weeks ago. A Dixon County judge tossed out their adoption petition a year ago.