A wildfire near Gering, Nebraska, is about 85% contained, and firefighting operations are expected to be turned back over to local authorities Thursday.

The Carter Canyon Fire that began with several lightning strikes Saturday evening has destroyed an estimated 15,630 acres, Ben Bohall of the Nebraska Forest Service said Wednesday. Three homes were destroyed and seven more were damaged, but no lives have been lost, he said.

Bohall said a request has been made to survey the area with aircraft. That survey was expected to occur Wednesday afternoon.

“We’re hoping to have aircraft up to give us a good picture,” Bohall said. “Barring anything unexpected happening, the plan is to transfer the command back to the Gering (Volunteer) Fire Department on Thursday.”

Thunderstorms moving through the area produced some rain Tuesday night, but only “a minimal amount,” Bohall said. Two lightning strikes from the storm did cause new fires to ignite, but they were quickly extinguished.

“The first strike hit near Robidoux Road,” Bohall said. “That burned up about 3½ acres, but an air tanker put it out right away.”

Another lightning strike about 7 miles south of Carter Canyon in Banner County caused a fire that burned over 5 acres, he said. It was also put out with the aid of aircraft.

Utility crews with the Roosevelt Public Power District have restored power to all residences throughout the area. Crews are still working to repair damaged infrastructure such as downed power lines and utility poles, Bohall said.

Landowners impacted by the fires should contact the USDA Natural Resources Conservation Service and Farm Services Agency for information about assistance programs. Assistance is available to help with fences, water structures, grazing lands and other issues, he said.

Bohall said the public’s donations of food, water and other resources were essential to keeping up to 200 firefighters from 35 fire departments working. He said donations can still be made through the Firefighter Ministry of Scottsbluff, Nebraska.

“The success that we’ve had can be attributed directly to the public support,” he said. “Everything they did was essential to keeping the firefighters on the fire line.”

Lincoln police were investigating a fraud case in which a man reported he sent between $150,000 and $200,000 to a woman he met on Facebook.

Gov. Pete Ricketts says he won't call for a special session to debate stricter abortion restrictions in Nebraska, citing a lack of votes in support of proposed legislation.

A state law passed last year requires some local governments, including counties and school districts, to notify property owners when tax collections would increase above a certain threshold.

ACLU sues for records in immigration raid in Nebraska

The ACLU of Nebraska has gone to federal court seeking the release of information on the alleged mistreatment of workers rounded up during a 2018 immigration raid in Nebraska.

A 29-year-old western Nebraska man has been arrested in connection with the shooting death of his father during a family dispute.

Some 700 Nebraska prisoners are flagged as high risk for domestic violence, but no prison-run program exists to treat them before they get out. If there had been, would Hailey Christensen be alive?

Spotlight on abortion pushes Nebraska candidates to share their views

It's too soon to tell whether abortion will be a deciding factor in Nebraska's general election. But the lack of action this summer is pushing some candidates to be more specific about their views.

Peru State plans to construct 5 new buildings at a cost of $14.6 million

A Norfolk woman is facing five criminal charges — including three felonies — alleging that she helped her teenage daughter abort, burn and bury her fetus earlier this year. 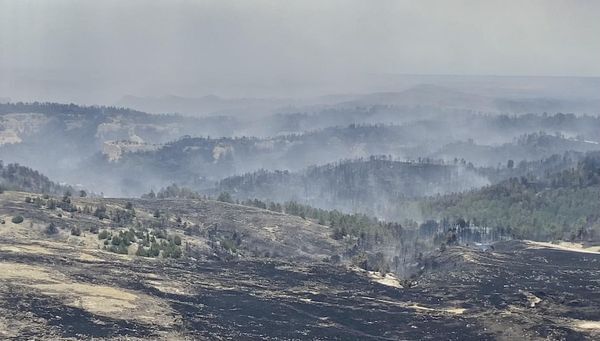 The Carter Canyon wildfire near Gering, Nebraska. Officials said Wednesday morning that the fire was 85% contained. Over 15,000 acres were burned. 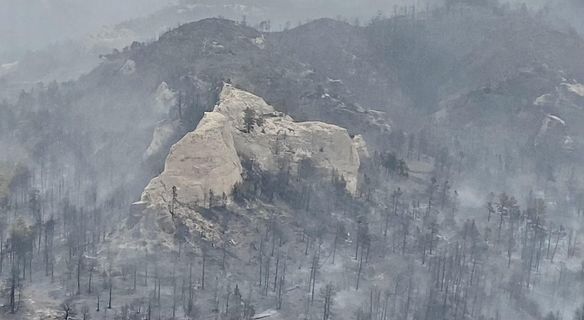