Roger Welsch used to joke that the town of Dannebrog, Nebraska, population 300, was so small, the town square has only three sides.

But the bib overall-wearing, tractor-loving folklorist and humorist helped put that little town — and his home state — on the U.S. map with his Sunday morning “Postcards from Nebraska.”

The folksy segments that for years aired during CBS’s weekly “Sunday Morning” telecasts showed off Welsch’s love for Nebraska, its culture and people.

“I have no doubt that I could come up with a Nebraska story every week for the rest of my life,” Welsch once said.

That colorful life ended Friday, when Welsch died in his adopted hometown of kidney failure. He was 85.

While the founder of the National Liars Hall of Fame will always be best known for his funny stories, there was a serious side to Welsch, too.

He became a strong voice for Native American rights, fighting during the late 1980s for the return to tribes of the skeletal remains and artifacts that had been unearthed by archeologists decades before. As a member of the Nebraska Historical Society’s board, he clashed with the agency’s director over remains and artifacts in the society’s collection, and ultimately prevailed.

He later opened up his 60-acre home on the Loup River near Dannebrog to the repatriation of remains of thousands of members of the Pawnee Tribe, who had been removed in the 19th century from those ancestral lands to a reservation in Oklahoma.

“He was always a champion of the common person,” said his son Chris.

In the late 1980s, the Lincoln native was a popular professor of folklore and anthropology at the University of Nebraska-Lincoln. That’s when Welsch decided to move to rural Dannebrog to concentrate on his writing.

He turned a machine shed into his writing studio and went on to become one of the state’s most prolific writers and speakers, penning more than 40 books and countless articles and essays. His stories and tall tales frequently celebrated in a humorous way the uniqueness, beauty and hardness of life in Nebraska.

One tale he told was how General Custer said to his men at Little Big Horn, “I’ve got bad news. We’re going to be wiped out. The good news is, we don’t have to go back through Nebraska.”

It was also soon after the move to Dannebrog that he got his biggest career break.

Much earlier, back in 1972, CBS roving correspondent Charles Kuralt had heard about Welsch, who at the time was running for the Lancaster County weed board on a “pro-weed” ticket. While it may sound like just another of Welsch’s jokes, he was actually serious, opposing the county spraying to kill roadside native grasses and plants.

Kuralt came to do a story on Welsch, and they struck up what became a lifelong friendship. In 1988, Kuralt asked his friend if he would like to start filming Nebraska segments for his Sunday morning TV show.

“What we need to do is to take the culture of a little town like Dannebrog and show it to New York City,” Welsch recalled Kuralt saying.

Over more than a dozen years, CBS would air nearly 200 of Welsch’s jovial postcard segments, introducing Nebraska to the world. Many of his segments featured absurd, sublime or poetic aspects of rural life, like the “one-finger farmer salute” wave that drivers give each other in passing on rural highways.

“I believe in Nebraska,” Welsch once said. “I love this place for what it is and not for what people think it ought to be.”

Also during those early Dannebrog years, Welsch founded the Liars Hall of Fame in the corner of a tavern in town. For years, the museum sponsored an annual contest that crowned the nation’s best liar.

In 2010, Welsch also helped launch the Pawnee Arts Center, founded in Dannebrog to showcase the modern artworks and rich history of the tribe.

The CBS gig ran its course in 2000, three years after Kuralt’s death. Looking for something else to do, Welsch began tinkering around with a pair of old 1936 Allis Chalmers tractors.

That would spawn the biggest interest of his last years — antique tractor restoration. He would pen at least half a dozen books on the art of bringing the rusty old implements back to life.

“I write about things that I love,” he once said.

Welsch was still writing — and telling jokes — right to the end, his son said.

He is survived by his wife, Linda, and four children, including daughters Jenny and Joyce of Lincoln and Antonia of Hopkins, Minnesota, and son Chris of Champigny-sur-Yonne in France.

With his death, the Loup River land where Welsch and his wife had continued to make their home will one day return to the Pawnee people. In 2007, they donated it to the tribe so the Pawnee would once again own land in their ancestral home.

If you asked him at the end of his life what he was most proud of, his son said, that would be it.

During her 42-year career in the classroom, Rita Ryan taught Latin to thousands of Omaha Central High School students.

World-Herald reporter John Taylor would take on any subject

John Taylor, who worked as a reporter for the Omaha World-Herald for nearly four decades, died last month at age 83.

Based on reader feedback, the Omaha World-Herald is bringing back two features that were dropped last month.

Biggest question in Nebraska politics: Does Pete Ricketts want to be a U.S. senator?

With Ben Sasse poised to take a job in academia, Nebraska Gov. Pete Ricketts could have a path to the U.S. Senate seat he sought unsuccessfully in 2006. But lots of questions remain about the process.

An Omaha native and Central High graduate is part of the team behind NASA's Artemis moon exploration program, which has a scheduled liftoff this week from the Kennedy Space Center in Florida. 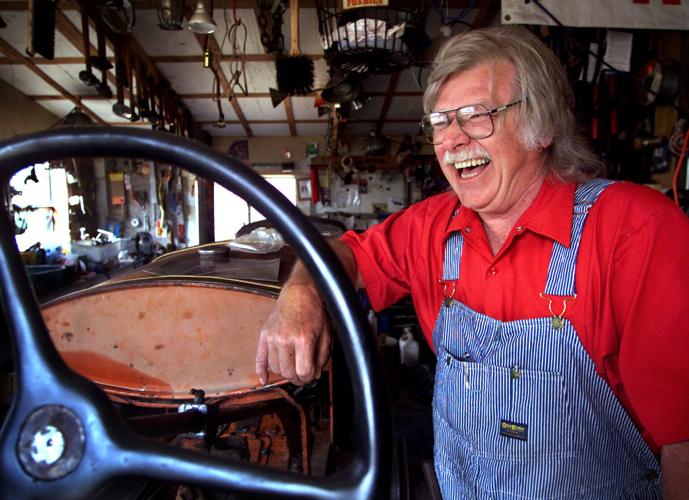 Roger Welsch shares a laugh in his workshed near Dannebrog, Nebraska, in 1999. 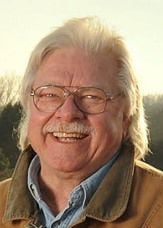 While Roger Welsch will always be best known for his funny stories, he was also a strong voice for Native American rights.