A young great horned owl seems to be recovering after becoming entangled in a fence a few miles north of Lincoln.

Mark Rezac discovered the fledgling as he was raking a field of hay, and thought it was dead until it swiveled its head. He called Nebraska Game and Parks, and Conservation Officer Dina Barta arrived within the hour.

“He just looked at us. Like ‘aren’t you going to help or what?’” Rezac said.

Veterinarian David Gordon examined the bird at the Bellevue Animal Hospital on Thursday and said one wing had some puncture wounds and was very bruised. The other wing had some mild bruising.

“The goal is to allow time to heal the wounds, allow the skin to heal and monitor for any skin necrosis,” he said.

Rezac thinks the young bird was either chasing a rabbit or snake he’d dislodged as he raked the field with his tractor or fell out of the nest and landed on a strand of the fence. It fell over as it lost its balance, becoming tangled with its wings spread wide.

Rezac and Barta struggled to free it from the tangled fencing.

Rezac cut the wire at the end of both wings and then behind the shoulder blades to relieve the pressure on the youngster’s wings.

It rode in the cab of Barta’s truck to the Raptor Conservation Alliance rehabilitation center in Elmwood, Nebraska, where Betsy Finch and husband Doug removed the barbed wire and administered antibiotics and pain medicine.

The owl was given a few mice for dinner.

Gordon said the bird will stay at the rehabilitation center until its next examination in a week. The hope is that it will be released as soon as it recovers.

It’s just another day in the life of a farmer, Rezac said. He joked that — finally — his skills as an EMT and volunteer fireman paid off.

“I’m glad I was able to help. I think all farmers are probably conservationists in one way or another,” he said. “I’ve seen many a deer. Many a turkey. I surely would have felt bad if it had struggled and died in that fence.”

Nebraskan comes home to share three state parks on 'RV There Yet?'

Returning to Nebraska to film parts of the television series “RV There Yet?” brought an unexpected homecoming for Lincoln native Patrice McCabe and her husband, Kevin.

With its 1,250 nests, Wolf Island and its population is the first major American white pelican nesting colony in Nebraska.

Since Chadron State Park opened in 1921, the number of Nebraska state parks has grown to 76. More than 12 million people visit each year.

A limpkin, a bird never before seen in Nebraska, was spotted at a wetlands mitigation pond near Gretna. The tropical shorebird’s typical range…

Nebraska birders aflutter about first-ever limpkin spotted in the state

A limpkin, a bird never before seen in Nebraska, was spotted at a wetlands mitigation pond near Gretna. The tropical shorebird’s typical range…

Building services manager Marc Gordon said, “We have water in the building, and it’s more than I can handle. I need help.”

"I’ve encouraged many people with young children to let them stay up past 8 p.m., at least to see the flashing of our fireflies or lightning b…

Nebraska Game and Parks has determined that the cat spotted outside of a Wahoo home last week was a house cat and not a mountain lion. Homeown…

Everyone had warned Mark Rezac the young owl might not survive after being caught in a fence in Nebraska, but after eight weeks of care it was… 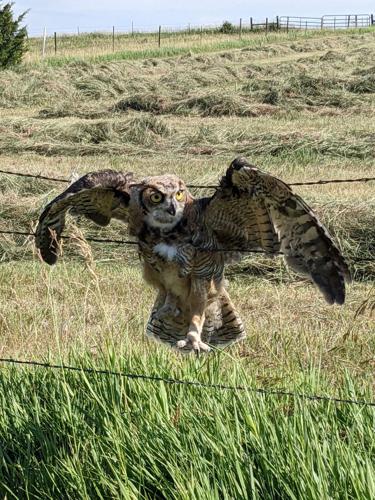 This young owl was trapped on a barbed-wire fence. Mark Rezac discovered the fledgling as he was raking a field of hay, and thought it was dead until it swiveled its head. 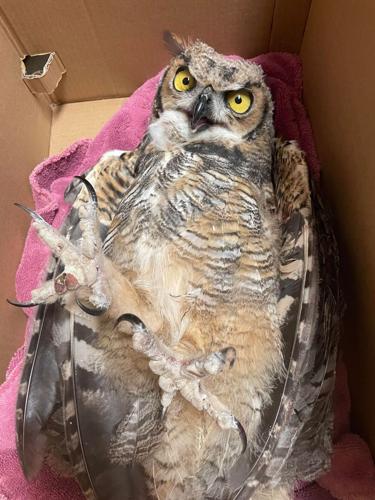 Dr. David Gordon is optimistic about the bird's recovery. 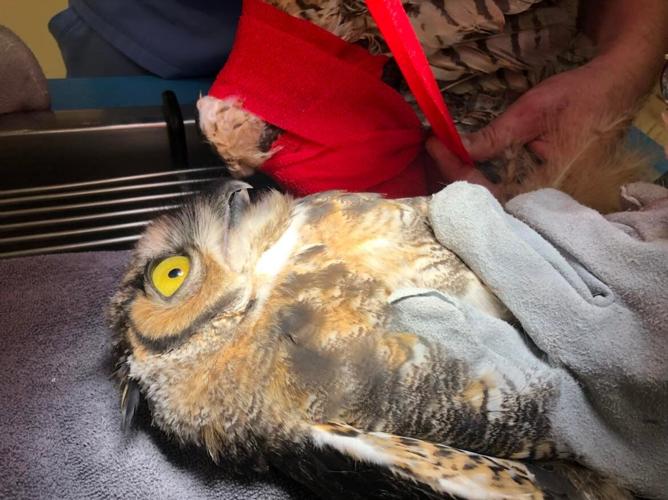 The owl's wing was bandaged after the bird was examined at the Bellevue Animal Hospital. He has some damage to both wings.