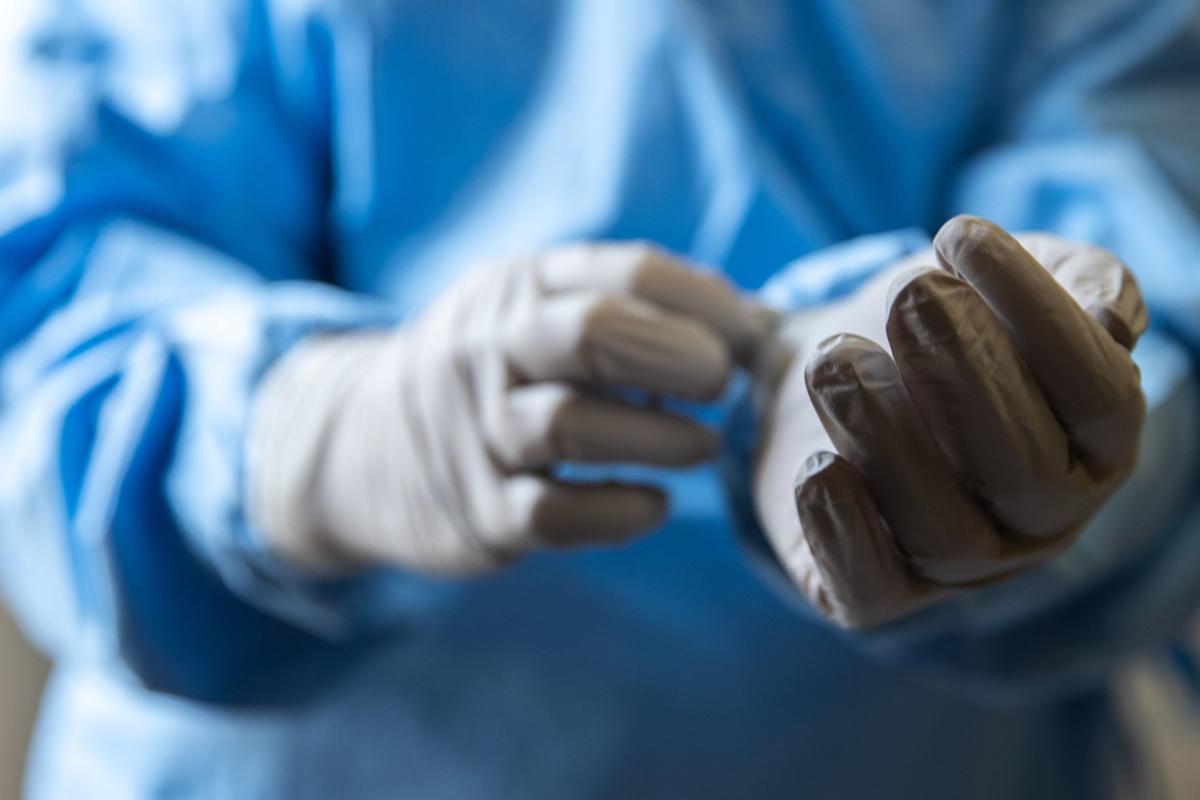 Emily Struebing, a physician assistant, puts on gloves before meeting with patients at an appointment-only COVID-19 drive-thru testing site in Omaha. 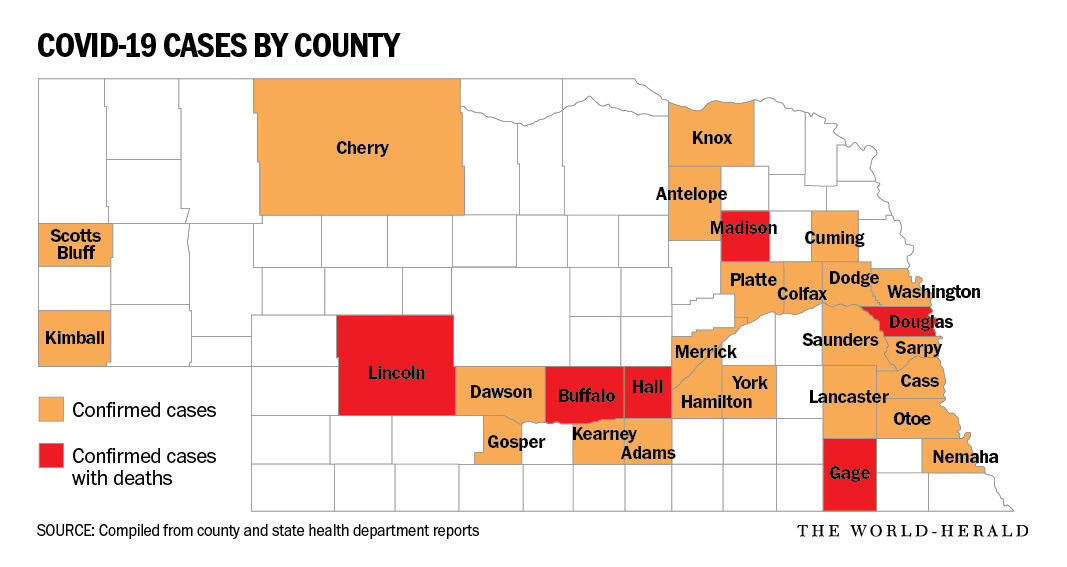 The number of reported cases of the novel coronavirus in Nebraska grew to 285 as of 6 p.m. Friday, according to figures from the State Department of Health and Human Services. That’s an increase of 30 cases since Thursday night.

The actual number of statewide cases is almost certainly higher given the limited availability of testing, officials have said.

Statewide, the number of people who have been tested for COVID-19 was 4,875, meaning that 5.8% of tests have come back positive.

The cases involve eight women and two men — four people in their 20s and 30s, two women in their 40s, a man in his 50s, a woman in her 60s, a woman in her 80s and one woman whose age hasn’t been confirmed. Four of the people had contact with people known to have the coronavirus. Three of the cases resulted from community spread, two are travel-related and one remains to be determined.

The department reported 41 lab-confirmed COVID-19 cases in its jurisdiction as of 5 p.m. Friday, most in Hall County.

Lancaster County reported two more cases Friday involving people in their 20s and 70s, for a total of 14 cases countywide.

The Sarpy-Cass Public Health Department reported 28 positive cases as of Friday, a significant jump from earlier in the week, as well as two people who have fully recovered.

Cherry County reported its first case, which is not due to community spread, officials said.

Nebraska churches have been adapting to social distancing regulations by having online services from buildings void of parishioners.

Gage County woman is 6th Nebraskan to die of COVID-19

The woman, a resident of an assisted living facility, was also the county's first confirmed case, the Public Health Solutions District Health Department said in a press release.

Lincoln's latest cases of the novel coronavirus involve a woman in her 40s and a man in his 60s, officials said Thursday.

“What I think we should really focus on is improving compliance and adherence,” he said. “This depends on people taking this seriously and doing the right thing.”

Gov. Pete Ricketts repeated Thursday that he’s not joining the crowd of governors issuing stay-at-home orders, despite urging from some fellow state executives. “Our plan is the right thing for us in Nebraska,” he said. “We need to do what’s right for Nebraska.”

UNMC study suggests coronavirus has airborne transmission potential, but not like measles

Researchers say the study reinforces the need for social distancing by members of the public and for proper protective gear for health care workers.

Overall, a local expert said, it's probably reasonable for people to use cloth masks if they follow certain rules.

Douglas County Courthouse, City-County Building to close, with limited access to the public

The closure order could be extended past mid-April.

More than 50 courthouse regulars, including judges, lawyers and staff members, already are in self-quarantine after being in contact with a prosecutor who later tested positive for COVID-19.

Coronavirus Q&A: The question of a stay-at-home order in Nebraska

Some officials nationally and people locally have urged Nebraska to impose stay-at-home orders, but Gov. Pete Ricketts and local public health officials say those are not necessary here at this point.

Mayor Stothert: Stop crowding in Omaha parks, or the city will close them

The extension is because of community spread of COVID-19 across the state, Gov. Pete Ricketts said in a press release Friday.

Ricketts: Nebraskans appear to be avoiding crowds but need to do better at staying home

Gov. Pete Ricketts said Friday that Nebraskans need to do a better job of staying home. "We want you to keep your distance from other people. If you stay at home, you're probably going to be able to comply with that," he said. Friday evening, he announced a new directed health measure that covers the remaining counties in the state, citing community spread of the coronavirus across Nebraska.

Elizabeth Spiller, UNL’s new executive vice chancellor, said many of the plans for summer, including internships and study abroad programs, have been dashed by the COVID-19 crisis.

Nebraska inmates are making hand sanitizer and masks. 'I can give back to others'

Approximately 2,500 gallons of hand sanitizer have been produced by inmates, according to state prison officials.

Emily Struebing, a physician assistant, puts on gloves before meeting with patients at an appointment-only COVID-19 drive-thru testing site in Omaha.