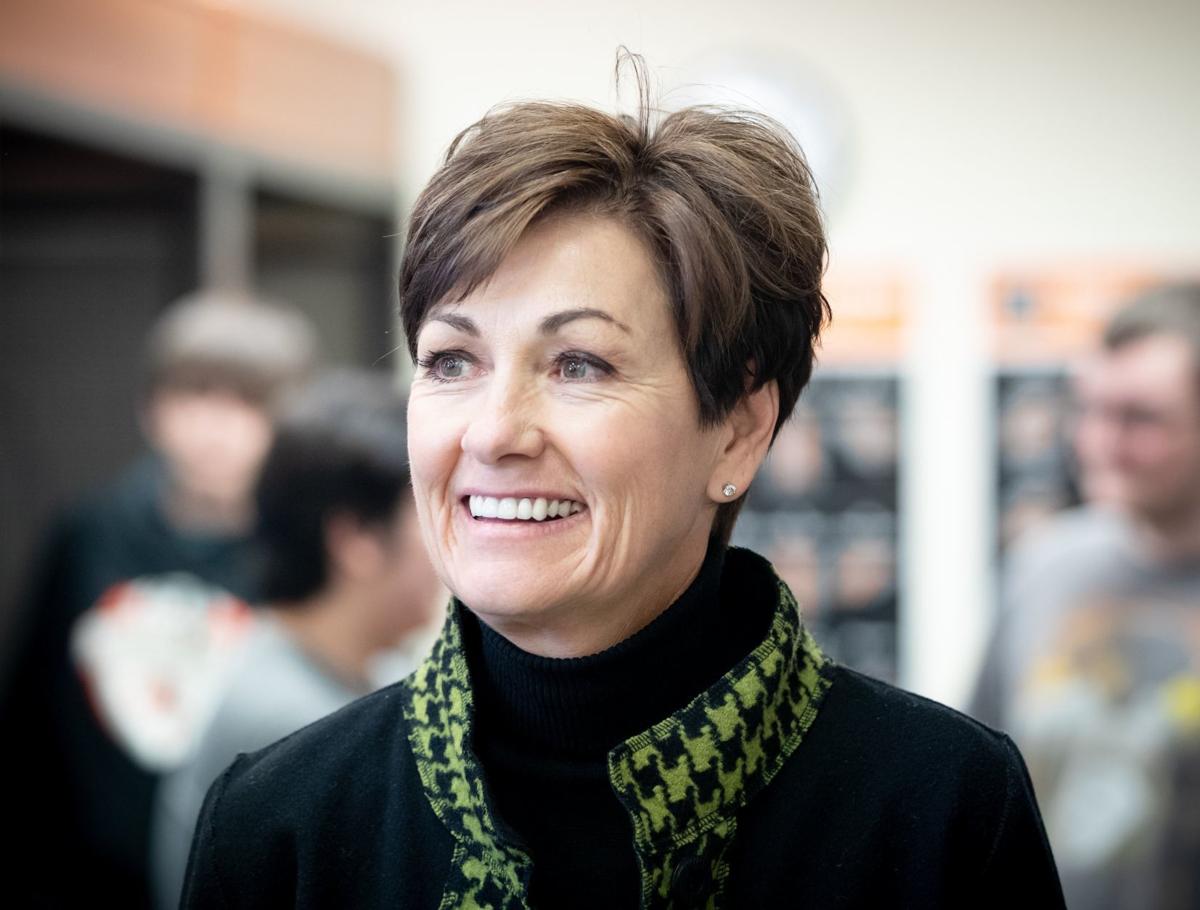 Iowa Gov. Kim Reynolds pays a visit to the TradeWorks Academy on Thursday. One of her goals for Iowa is to enhance jobs training for skilled trades. 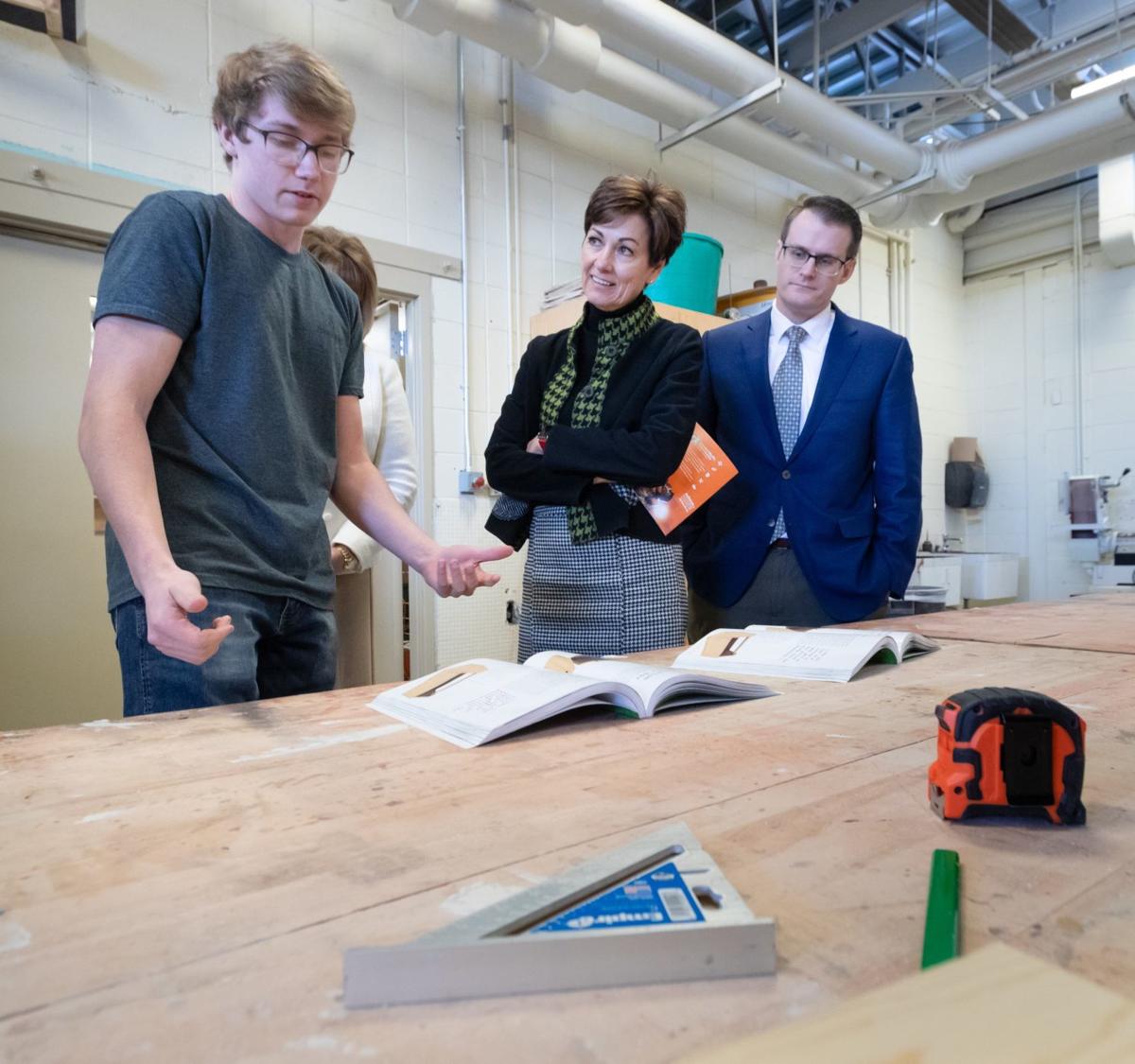 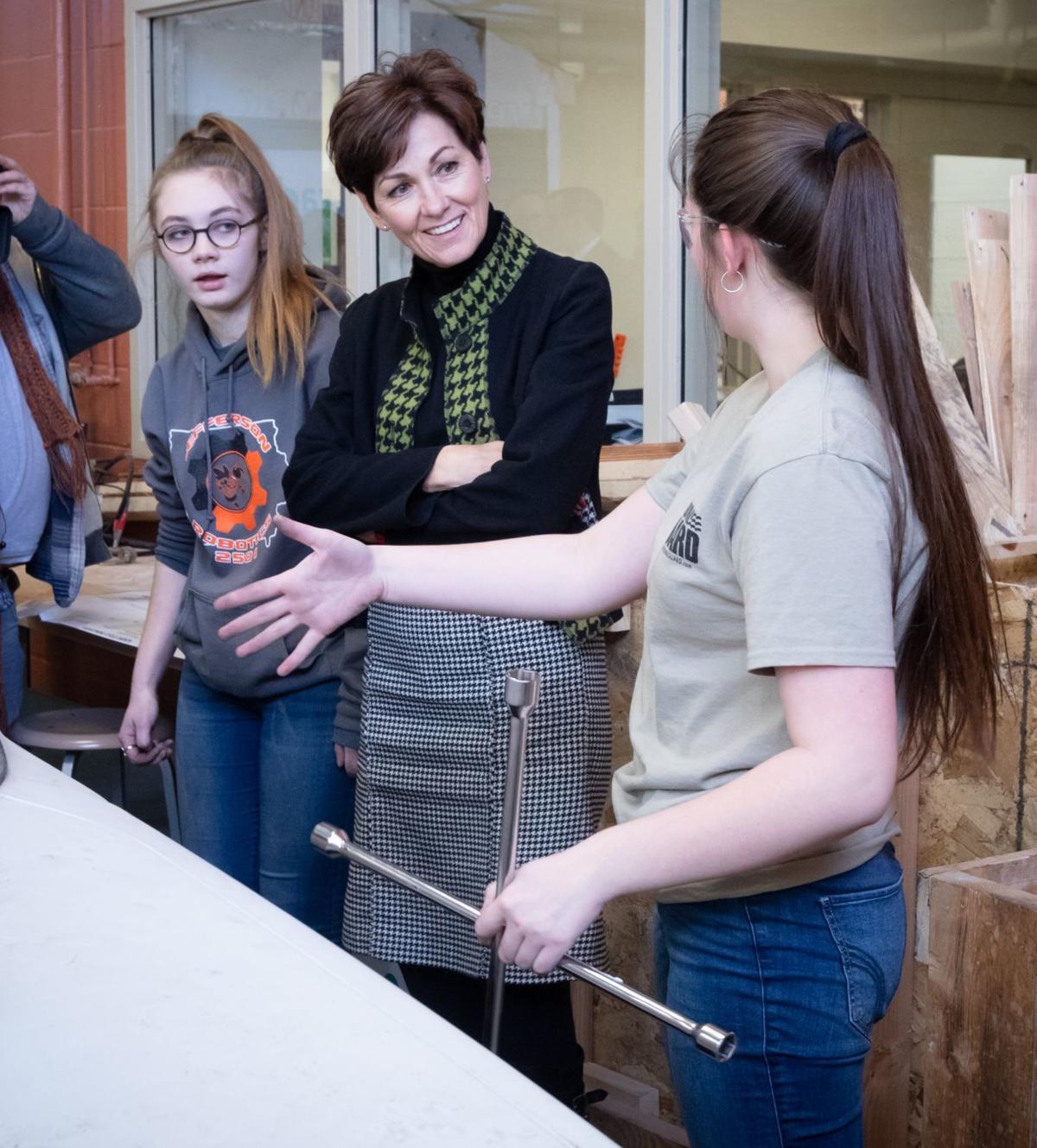 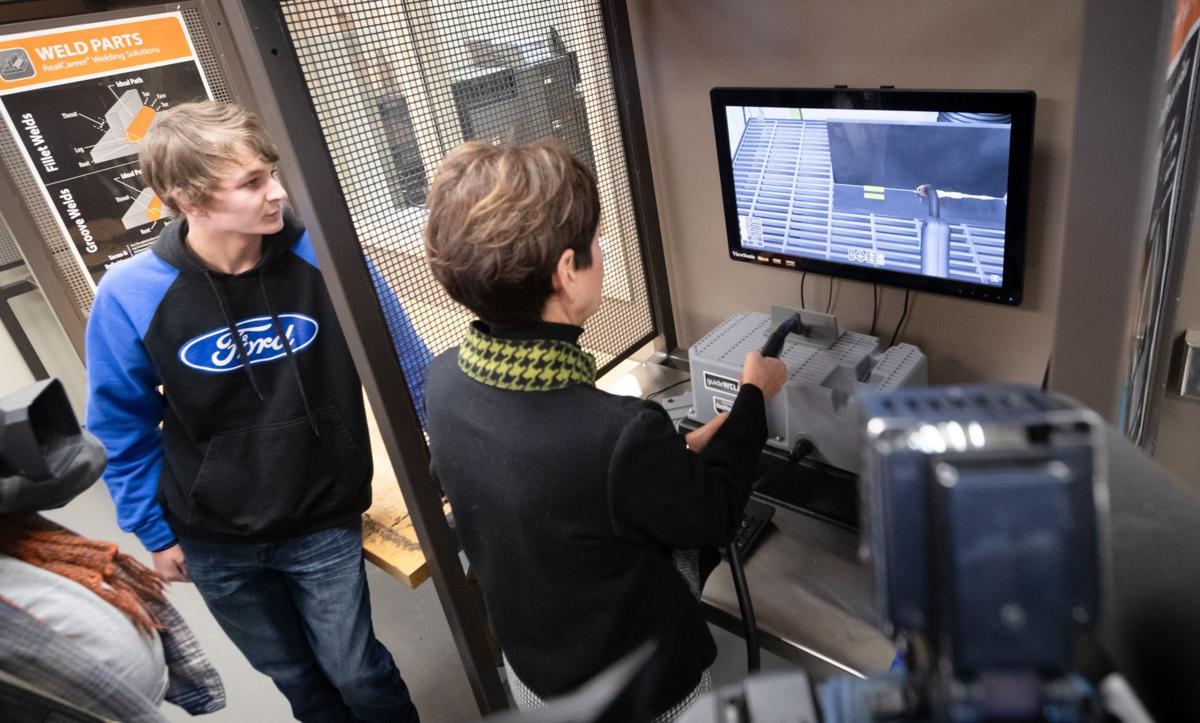 COUNCIL BLUFFS — Fresh off a tough election battle, Iowa Gov. Kim Reynolds is laying out her vision for the state.

Reynolds, a Republican, offered her first Condition of the State speech this month after being elected to her first full term.

In some ways her vision builds upon the past two years, when she served out the rest of Terry Branstad’s term after he was appointed as the ambassador to China. She called for further tax overhauls and asked the Legislature to send her a water quality bill to sign.

In other ways, she charts a new path. She said “mistakes were made” in the state’s privatization of Medicaid and promised to “make this right.” She proposed an increase in funding for K-12 education.

Last week, Reynolds made a stop at Thomas Jefferson High School in Council Bluffs to tout one part of her vision for the state: jobs training for skilled trades.

Future Ready Iowa aims to make sure 70 percent of Iowa workers have training or education beyond high school by 2025.

Housing, mental health services and jobs training will also be key, she said.

When asked about the area’s biggest challenge, Reynolds said: “Getting people the skills and matching them up with a job.” She pointed to Thomas Jefferson High School’s new TradeWorks Academy as an example.

And she addressed the embattled Rep. Steve King, R-Iowa, who has faced increasing criticism from his own party for his positive comments about white supremacy. He narrowly won re-election in November, and House Republicans stripped him of his committee assignments. Three Republican challengers have announced they are running.

That path took her through a stint at college where she says she spent more time partying than studying; a battle with alcoholism that led to a DUI; then time as a county official, an effort to turn her life around and her ascension to the State Senate, the lieutenant governor’s office and now the governor’s mansion.

She’s tapping into her background to propose support for others who, like her, didn’t follow the high school-college-job path.

“What a country and state we live in,” she said in her speech Tuesday, “where a small-town girl from rural Iowa can become governor and have the opportunity to serve Iowans at the highest level.

“I hope that can be an inspiration to every waitress, every grocery checker, every overworked and stressed-out mom and the little girls who dare to dream: In Iowa, if you’re willing to work for it, those dreams can come true.”

The vice president is appearing as part of his tour promoting the recent income tax overhaul with America First Policies, a nonprofit organization created to promote President Donald Trump’s agenda. Follow along with live updates and video from the event.

Democrats in Iowa captured a majority of the state’s seats in the U.S. House of Representatives in Tuesday’s midterms for the first time in years, but Republicans were hoping to keep their grip on state government.

With thousands in a line that stretched around a strip mall, through the parking lot and around the field house, the doors to the Mid-America Center opened just before 3:30 p.m.

The Republican-controlled Senate intends to take up President Donald Trump’s plan to combine border wall funding with three years of extended protections for those covered by the Deferred Action for Childhood Arrivals program.

Republican Rep. Steve King will be blocked from committee assignments for the next two years after lamenting that white supremacy and white nationalism have become offensive terms.

The multi-sport complex, with an estimated cost of $7 million, will have fields that can be used for soccer, as well as youth baseball, softball, flag football and other sports.

A group of about 200 people calling themselves "pro-family leaders" is calling for Rep. Steve King, R-Iowa, to be reinstated to the committee assignments he lost as part of the fallout last month for reportedly questioning whether the term "white nationalist" should be offensive.

Iowa Gov. Kim Reynolds pays a visit to the TradeWorks Academy on Thursday. One of her goals for Iowa is to enhance jobs training for skilled trades.