Tonniges, Thomas F., M.D. Thomas F. Tonniges, M.D. left his earthly life on October 6, 2015, surrounded by family at home. He was born on March 10, 1949 to Floyd and Elaine (Coufal) Tonniges in Stromsburg, NE. Tom grew up in York and Gresham, NE and graduated in 1971 from Doane College. Tom graduated from UNMC's medical school in 1974. He married his partner in life, Jane Bruning, on July 1, 1973. Three over achieving children were born, Christopher, Emily and Elizabeth. "Dr. Tom" as he was lovingly called, started the Children and Adolescent Clinic, his pediatric practice in Hastings, NE, in 1977. While in Hastings, he helped develop the national model for the Medical Home concept. In 1995, he became director of Community Pediatrics at the American Academy of Pediatrics in Elk Grove Village, IL. His 10 years in Chicago involved travel and the development of many professional friendships. In 2005, Dr. Tom moved home to Nebraska to work at Boys Town Pediatrics in Omaha and developed the Institute of Child Health Improvement. His favorite part of the day was seeing and serving the youth of Boys Town. He concluded his medical career working to provide health care insurance options for children in poverty when the diagnosis of ALS left him speechless and unable to work. However, he continued to advocate and make a difference despite his inability to physically take action. Dr. Tom has been honored by many city, state, national and international organizations, but his loving family was his greatest achievement. He was preceded in death by his father Floyd and his grandparents. He is survived by his mother, Elaine of York, NE; his wife Jane; children Christopher, Emily and Elizabeth; grandchildren Rachel, Zachary and Hallie Tonniges and their mother Tracie Tonniges and granddaughters Chloe and Elise Gomez and their father Patrick Gomez. Other family includes: brother Terry (Sherry) of Gresham, NE; sister Susie (Denny) Ocken of Elwood, NE; in-laws Frank and Mary Bruning of Bruning, NE; Jane's brother Fred (Penni) Bruning of Bruning, NE; eight nieces and nephews, their families and many cousins. Dr. Tom is also survived by many dear friends, colleagues and former patients. CELEBRATION OF DR. TOM'S LIFE Sunday, October 11, 2015 at 4 pm at St. Andrew's Methodist Church, 15050 West Maple Road. In lieu of flowers, memorials may be directed to St. Michael Lutheran Church, the AAP CATCH endowment, the Hastings Community Foundation or the Omaha Community Foundation-Tonniges Family Fund (to be distributed).

I had the privilege of serving a President of the Family Voices Board of Directors when Dr. Tom was on the Board. He was a remarkable man, committed to issues affecting families and children with special health care needs. Brilliant, thoughtful and passionate, Dr. Tom was a real hero to those he cared for and about. He will be missed.

Dr. Tom taught me so much while at CAAC. I will forever have fond memories of how caring and wise and gentle he was with his patients. No one will ever be able to take his place, or even come close. All of us benefited from his wisdom, his charisma, his ambition and just overall the person he was. He even sang for my wedding to my second husband (how's that for being multi-talented?). I am saddened that he is gone, but so grateful that I was privileged to know him. Sincere prayers and loving thoughts to Jane, Chris, Emily, and Betsy as well as to all the rest of his family.

I knew DT during his time at the AAP. He was a fierce advocate for kids with special needs and a really, really fun guy! He will be missed and my heartfelt thoughts are with Jane and his family.

Tom was one of the best people that ever happened to the AAP, and helped me take my involvement to the next level, for which I will be forever grateful. His emphasis on the Medical Home, pure and simple with no politics, was so refreshing, and he helped create a better health care system for innumerable children with special needs. Tom, thank you, thank you, thank you.

I am so grateful I was able to see Tom at the AAP meeting in San Diego in April. We worked together when I served on the Committee on Native American Health. Tom was so good at so many things: advocating for children; simplifying complex issues; letting people know that their efforts were appreciated; and more. He cared for children, loved the AAP and made an incredible difference. I offer my sincerest sympathy and condolences to his family who loved him so much.

I was very fortunate to have enjoyed the friendship and mentorship of this great professional and child advocate. His commitment to children and to the AAP was made evident at all times by his ability to bring people who shared a common interest together. He introduced me to the AAp leadership by getting me involved as a member of the Community Pediatrics Committee which later became the Council on Community Pediatrics. Under his guidance and unpaired enthusiasm, I became the Chair of this Council.

Tom will be dearly missed. However, we should all be comforted by the fact that his legacy and role modeling have made ample contributions to the advancement of Pediatrics.

My prayers are with the entire family.

I always remember Tom for his dedication to the CATCH program and children's health issues. I met Tom for the first time when I was a senior resident and I was always impressed that he remembered me every time I saw him over the years at AAP NCE. He was full of energy, dedication, and made significant efforts to improve the health of children through his clinical work and his work with the AAP. I offer my deepest sympathies to his family and friends. Thank you Tom for all what you did.

Tom,
Thank you for all your passion and leadership given to improve the lives of all those around you especially children. Popular wisdom supports the notion that what one does for children is what really matters. Your life mattered and you made a wonderful and meaningful difference in the lives of many.

Gracias from one of your colleagues, 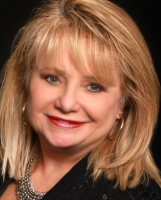 Dr. Tom was a class act and a giver in so many ways. I met him and Jane through our local Rotary Club. Dr. Tom always had a smile on his face. When we traveled to St. Kitts in the BWI, to meet with the Prime Minster of Health [on behalf of our Barrington IL Breakfast Rotary], to partner with them to help raise money for a medical van to take the Dr. to the people. There needed to be a better solution to provide better health care for those kids and families that did not even have transportation to get to the local hospital. We went to a school, visited an orphanage, had dinner and met with a Dr. that Tom knew from a conference. We did play golf one day and it was fun, no matter our score. Always a pleasure to be a guest of Jane and Tom and their home in South Barrington. My sympathy to your family, truly a loss.