I received an invitation from Bill Janssen, an old Nebraska teammate, to a post-Oklahoma game party when Nebraska plays Oklahoma at home on Sept. 14. I always look forward to seeing old teammates to catch up on news, drink a beer, and share funny stories. Its hard to believe it’s been 50 years.

Who is Bill Janssen you ask? He’s one of the most accomplished players in the history of the program — having been a member of the 1970 and ’71 national championship teams. He started at left defensive tackle on the 1971 team, which is considered by many sports historians as the greatest college football team of all time. He only weighed 215 pounds when Nebraska beat archrival Oklahoma in the Game of the Century. Being so underweight makes his accomplishments even more amazing. He was also on the cover of Sports Illustrated twice.

In 1971, I played on the freshman team. So, I really didn’t get to know Bill until 1972 when he was co-captain with Doug Dumler. He was a great leader and went out of his way to help the younger players. I remember he told me that if I made a mistake, don’t make an excuse to Coach Kiffin. Of course, his advice went in one ear and out the other. I made a bad play, gave an excuse and got a tongue lashing from Coach Kiffin.

Looking back when I played, if you were a good high school athlete, you might catch the attention of a college recruiter. They’d request game film to review and, based on how you performed, they might offer you a scholarship. I remember getting a letter from Assistant Coach Cletus Fischer outlining the terms of my scholarship offer. I’d get room and board, meals, books and tuition and $15 a month.

To put it in perspective, nobody from my immediate family attended college. My dad was a truck driver, and my mom was a waitress, both honest and hardworking people who did what they had to do to survive. So, when I received the scholarship offer from the defending national champions Huskers, it was like winning the lottery. It was hard to believe. All I had to do is maintain a 1.6 grade point average. Seemingly an easy task, but with all the distractions of college life, it was difficult those first couple of years. We had fall practice, winter conditioning, spring practice and summer workouts coordinated by Boyd Eppley, our trendsetting strength and conditioning coach.

The path to playing time was well-established. Each player had to improve their strength, quickness and technique, so they could make plays and move up the depth chart. As a red shirt sophomore, I was at the bottom of the list. But I stayed focused and kept working hard in order to improve my chances.

Despite the competition, players felt loyalty toward teammates and pride being a member of the team. They’d do everything in their power to help the team win. If they had problems, they’d work through them.

Now, if you compare that environment to today, things have really changed for the worse. The Transfer Portal allows every unhappy player, for whatever reason, a vehicle to transfer to another school. It could be he’s not happy with his playing time, the competition is tough or he doesn’t like his coach. It doesn’t matter the reason, if he’s unhappy, he can put his name in the Transfer Portal and the problem is solved.

In addition, the NCAA’s new rule that allows athletes to profit from their Name, Image and Likeness (NIL) will also have a negative effect in the sense that the goal of going to college, regardless of playing sports, is to get a degree. It’s obvious that running a side business while going to school and playing football would make concentrating and graduating even more difficult. My prediction is that the NIL will be detrimental and help diminish graduation rates.

It’s ironic that the NCAA is supposed to make rules that protect the integrity of the game and help athletes graduate, but the recent rules do the opposite. Athletes are preoccupied with transferring and making money instead of focusing on earning a degree.

George Mills: We want to celebrate America, as Omaha does well, but minimize loss of young soldiers

Memorial Park and the Omaha National Cemetery are fitting places to honor our fallen as long as we remember the significance of their sacrifice.

Were all those free drinks for the 1975 Huskers a Fiesta Bowl setup?

George Mills: He's had enough and is forming a party to fight the Martians

Plenty of folks are dissatisfied with both parties. Columnist George Mills has a plan. This comes with a satire warning.

Everyone has fond memories of summer fun. But the one event that bonds us all together is the Fourth of July.

The downtown revitalization should include restaurants and shops at the new Gene Leahy Mall area, similar to the European plaza idea, a Pulse writer says.

George Mills, an alumnus of Archbishop Ryan High School, looks back at the school's history.

George Mills: Let's look beyond politics for basic human goodness. It's there.

"The kindness of strangers is real and is an important contrast to the toxic partisan politics of the time."

George Mills: Remembering better days and some of the secret sauce of Husker football

While we wait for the pandemic's end as well as springtime and next football season, take heart in knowing that in 1971 we had an all-time best college football team.

Does religion make us more ethical? | The Ethical Life podcast

🎧 The hosts debate whether we are interpreting the Bible correctly, the existence of an afterlife and the effectiveness of prayer.

Midlands Voices: What does Zawahiri’s death mean for Al Qaeda and for U.S. homeland security?

Zawahiri’s death is certainly a win for America, but it also presents the transnational terrorist organization with an opportunity to take stock and reposition itself in the global Salafi-jihadist enterprise.

Williams: 5 years after the Charlottesville march, the war against white supremacy is still up in the air

America, when it comes to the sins of its history, has lacked a "never again" moment.

Recycling helps reduce the increasing costs of raw materials, provides employment for thousands of Nebraskans, and lessens the need for expensive landfills and their possible impact on ground water contamination and air pollution.

Co-hosted by Pulitzer-Prize winning columnist Michael Paul Williams and Kelli Lemon, After the Monuments captures the zeitgeist of a nation struggling to move from symbolic to substantive change on racial issues.

Richard Kyte: Here’s why we shouldn’t give up on churches

Commentary: Too many people no longer see religion as essential to their understanding of living a good life.

Column: Sympathy for the devil too often comes too easy for some

Community Columnist Rick Galusha writes, "If the law is broken, regardless of party affiliation, officials need to be held accountable. But elected officials should be held to a higher standard of behavior."

Column: The keys to living well

Columnist Tom Purcell writes, "Living well and living an active life has nothing to do with age, but with the decisions we make every single day." 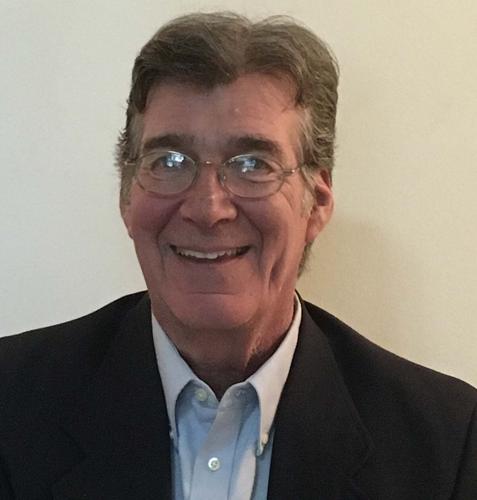 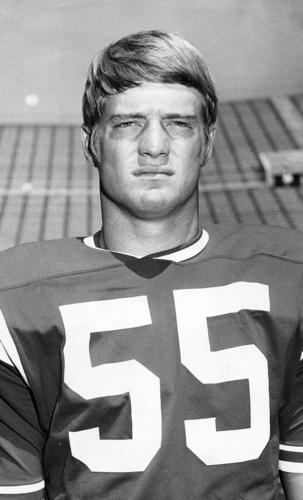 Bill Janssen played multiple different line positions for Nebraska and lettered in 1969, ‘71, and ‘72. Janssen is one of four players from North Dakota to letter at Nebraska. He was the starting defensive tackle on the 1971 national championship team that went 13-0.