Modernity sometimes places the observer in our skull in situations it cannot comprehend, which complicates life. We have let a sensationalized media infuse our understanding of the world in such a way that we fear things that aren’t there.

We step over a sleeping pet, catch baseballs and drive around in traffic as naturally as anything we do. But if we rise above the Earth’s surface a couple thousand feet in a modern piece of technology, an aircraft, that vestibular system fails us. It’s the same 3D world but so unrecognizable that even a pilot who loses sight of the ground has a life expectancy of just 178 seconds if they rely on their brain and are not trained to trust their instruments. (Think John F. Kennedy Jr.) So we train to stay out of the clouds, fog and haze.

This is how biases of the brain operate. When we operate in a domain for which our brain was evolved (or created), it works flawlessly. Anywhere else and it sputters erratically.

It’s not limited to the vestibular system. The limbic system offers another example; 74% of the world believes today has more murder, famine, kidnappings and overall violent crime than a couple generations ago. In fact, by almost every measure, we are living in the most peaceful, prosperous and healthy time in all of human history.

It was early last century when Franklin P. Adams, a columnist, quipped that “nothing is more responsible for the good ole days than a bad memory.” And while a bad memory is part of the equation, the real culprit is the 24-hour news cycle, specifically cable news.

Cable news is to being informed as clouds are to navigation — worth avoiding. To earn your eyes and ears, cable news has taken advantage of the Von Restorff effect, our proclivity to remember stimulus that differs from the rest, by sensationalizing coverage. And, worse, they dedicate hours to making sure you “understand” exactly how dangerous today’s pseudo emergency is. They count the eyeballs and resell them to advertisers. All you need to do is believe the world is dangerous and tune in tomorrow. It’s a great business model, but a lousy truth-detecting mechanism.

To be good citizens, we need to expose ourselves to information, obviously. But here’s the rub; there is so much information today that we necessarily winnow down sources to make it manageable. It just so happens that the winnowing is directed by our political inclinations, which are made by associating emotional meaning with memories as we nestle, unwittingly, in our echo chambers with a comfortable misinterpretation of reality. Our beliefs are reinforced, and confidence grows to the point that our brain protects beliefs by triggering the fight or flight response with a cortisol dump. It is then, when your heart races upon hearing a differing opinion, that you know you’ve entered a phase of radicalization. You see opposition as an enemy and compromise as failure.

As consumers of hypersensationalized media, it’s smart to take precautions that impede the negative effects of having a human brain in a modern world. So, turn off your TV. Do it for a measly week and I’ll bet you feel different.

That was our family’s approach nine years ago. Not only did we find more time (4 hours a day, on average in the U.S.) on our hands, we also recognized that without the incessant background noise we were less anxious. Those hours of passive, undisciplined inputs were backfilled with active engagement like reading, writing, socializing and yes, even flying ... aka life.

Save the observer in your skull from drowning in a pool of cortisol brought about by a limbic system not prepared for this modern media deluge. Infotainment will be there next week lying in wait to take advantage of you. But the week with less sensationalism may help you see there isn’t much to fear — other than the way you’ve consumed “news” these past couple decades. Let me know, won’t you?

Jeremy Aspen — @jeremyaspen on Twitter — is a businessman and host of Bootstrappers. His passion as a self-proclaimed “localitarian” manifests itself formally in his appointment seat on the Omaha Zoning Board of Appeals and by staying engaged in political, social or charity opportunities to help make Omaha a better place to live. 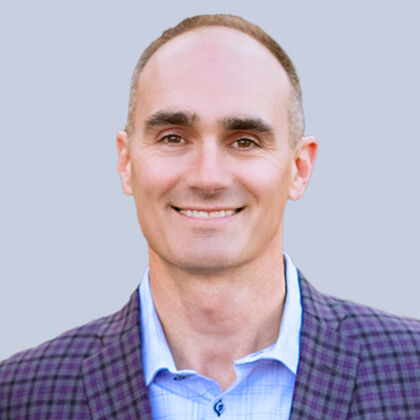