“The worst president since Jimmy Carter.”

You see a lot of that sort of thing if you regularly read conservative commentary, as I do. But as a conservative writer, I think it’s unfair to the 39th president. I think it’s time to say some good words for Carter. And if some of his accomplishments provide stark contrasts with his only-18-years-younger successor President Joe Biden, well, draw your own conclusions.

I start off by noting that Carter came to the presidency with almost no relevant experience. For the voters of the mid-1970s, that was a feature, not a bug.

Two of the most experienced men to become president — Lyndon Johnson, with a quarter-century in Congress, and Richard Nixon, a nationally prominent politician for 21 years — had, in voters’ opinions, forfeited their trust in Vietnam and Watergate.

Their successor, Gerald Ford, with his own 25 years in Congress, nearly lost the Republican nomination to Ronald Reagan — an eight-year governor of California who glided over his years of reading and writing about national policy. Ford then lost the presidency to a former one-term governor of Georgia who stumped for Democratic candidates in what turned out to be the very Democratic off year of 1976.

What Carter brought to the White House was a willingness to adjust to events and change his views. A product of segregationist southern Georgia, he installed a portrait of Martin Luther King in the Georgia Capitol, leaving segregation behind and endorsing the civil rights revolution.

As a presidential candidate, he took on George Wallace, who was previously unbeatable in the South, and beat him 34% to 31% in Florida. There’s a lesson there perhaps for Republicans who would like to be president but are hesitating to take on Donald Trump.

On domestic policy, unlike Biden, who already had four years’ Senate seniority when he took the oath of office, Carter refused to endorse his party’s leftmost positions. He signed the tax bill that included former Wisconsin Republican Rep. William Steiger’s cut in the capital gains tax from 49% to 25% — a growth stimulator in the decades ahead.

Just as important, he supported deregulation, with some considerable support from Ralph Nader and Sen. Ted Kennedy. Carter appointee Alfred Kahn pushed through airline deregulation, which transformed flying from luxury transportation to a way for the masses to vacation and stay in touch with far-flung family and friends.

Carter supported the Staggers Act, passed by a solidly Democratic Congress in 1980, which deregulated railroad rates. He backed trucking deregulation as well. Most Americans today don’t realize it, but Carter-era deregulations squeezed enormous costs from the prices of goods of just about every kind. It’s the main reason prices for private-sector products such as food and clothing have fallen in real terms over the last 40 years, while prices for public sector-affected things such as health care and higher education have soared.

Carter also, in time, got two of the very biggest issues right. Inflation had been raging for years. With inflation hitting 13% by July 1979, Carter yanked his former appointee from the Federal Reserve and installed civil servant and Nixon appointee Paul Volcker. Over the next several years, Volcker squeezed out inflation by keeping interest rates high, even during a sharp recession. Reagan gets credit for supporting Volker, but Carter deserves credit for appointing him.

Another Carter accomplishment was executing a U-turn on foreign policy. Conservatives scoffed when, days after the Soviet invasion of Afghanistan, Carter said his “opinion of the Russians has changed more drastically in the last week than even the previous two and a half years.”

But he changed not only his mind but also his policy, ordering a sharp increase in defense spending. Reagan and Caspar Weinberger raised spending even higher, and a decade later came the collapse of the Soviet Union and victory in the Cold War. Carter deserves some of the credit for that.

What about the Iran hostage crisis? There’s plenty to criticize about Carter’s policy toward Iran, but it’s important to put it in context. Iran’s hostage-taking violated the first principle of international law — diplomatic immunity. The United States was entitled to treat it as an act of war.

But four years after the fall of Saigon, Americans, who in a single decade had lost 58,000 in Vietnam (compare that to 4,500 in Iraq and 2,200 in Afghanistan over 20 years), had no appetite for military retaliation. They tied yellow ribbons around trees, after a popular song about a criminal about to be released from prison.

Few, if any, conservatives were echoing what I remember as Pat Moynihan’s comment that we should “bring fire and brimstone to the gates of Tehran.” Carter did order a perhaps overly intricate hostage rescue mission, which failed after one too many helicopters became inoperative.

The contrast is stark between Carter, who became president with minimal relevant experience, and Biden, who had 44 years in the Senate and as vice president. Carter pushed innovative policies with bipartisan support. Biden hasn’t. Carter learned on the job and changed policies in response to events. From Biden, we’ve seen nothing so far but stubborn persistence.

Carter has been a former president for 40 years — the longest in history — constructive in charitable work though not, in my view, in foreign policy interventions. He is the only president to have reached the age of 96, and on Oct. 1, he turns 97. Happy birthday, Mr. President. 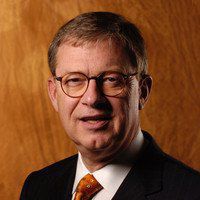