At around 10 a.m. on Jan. 12, 1872, a special train from Kansas City, via St. Joseph and Council Bluffs, steamed to a stop at the Union Pacific rail depot at Seventh and Davenport, having crossed the newly complete UP bridge over the Missouri.

Aboard the train was a six-member delegation of Russian dignitaries led by the fourth son of Alexander II, the Tsar of Russia. Grand Duke Alexis was 21 years old and would turn 22 in two days time out on the high plains of southwestern Nebraska. He was tall, blonde, handsome, sported thick mutton chops, and spoke several languages fluently, including English.

He and his entourage, which included Russian Adm. Konstantin Possiet, his longtime tutor and governor, had arrived in New York harbor in late November 1871 to begin a three-month tour of the Americas that would include major cities in the U.S. and Canada, and … quite briefly — just five hours — Omaha.

His train was met by Gen. Philip Sheridan, Army commander of the Department of the Missouri at the time, and his staff. The region west of the Missouri was still largely federal territory and occupied by a number of tribes including Pawnee and their enemy, the Sioux. Sheridan’s boss, General of the Army William T. Sherman, had charged him to organize a buffalo hunt. The location would be some 60 miles south of Fort McPherson on the Platte.

The grand duke’s visit was the culmination of several politically sensitive international embarrassments, public and private, including a dispute over payment for the purchase of Alaska five years earlier. That dispute brought the Russian ambassador, one Constantin Catacazy, into nettlesome conflict with the U.S. government, to the point that Washington wanted him recalled. He was, but only after the grand duke’s visit. It was hoped that the presence of a member of the Russian imperial family would help assuage some of the ill-feelings generated by the “Catacazy Affair.”

Alexis was also on the run from a scandal brewing back in St. Petersburg. While his Russian Navy steam frigate, the 40-gun Svetlana, one of three sent to escort him, was still at sea, his commoner mistress, Alexandra Zhukovskaya, gave birth to their illegitimate child.

It’s believed the idea for the buffalo hunt may have originated with western landscape painter Albert Bierstadt, several of whose paintings are part of Omaha’s Joslyn Museum collection. Through his connections, Bierstadt apparently heard of Alexis’ desire to hunt buffalo on the Great Plains: Omaha being the obvious “gateway.”

To add even more lore to the historic event, waiting for the grand duke in North Platte were two men who were already nationally known in their own right: a dashing Civil War hero and the youngest general in the Union cavalry, George Armstrong Custer. Besides Custer, serving as chief scout for the hunt was William F. “Buffalo Bill” Cody, just 26 at the time and already a dime novel hero. His notoriety would provide the impetus to eventually launch his famous Wild West Show, first publicly staged in Omaha on May 19, 1883.

The three-day hunt proved successful. The grand duke would kill several bison, hunting them, as he had wished, with Plains Indians — a band of Sichangu Lakota under the leadership of Sinte Galeska (“Spotted Tail”). His last night in Camp Alexis, as the troopers called it, was also his 22nd birthday. He and his Army hosts would feast with Spotted Tail and his people, exchanging gifts, even flirting (it is reported) with the chief’s teenage daughter, to the music of the regimental band.

According the Lee Farrow, author of “Alexis in America,” although the grand duke and his party were in Omaha only a few hours, they squeezed a lot into it. She writes, “The imperial party appeared in Omaha late in the morning of Jan. 12, welcomed at the Union Pacific deport by several thousand people, including several classes of schoolchildren.” The brief stopover also included a visit to the governor’s mansion, then located at 18th and Farnam, a dinner and general public reception that allowed citizens to shake the grand duke’s hand.

While the role of Omaha may have been brief, its status as a gateway to the west and pivotal role in providing the logistical support for the enterprise made its contribution critical to the success of the hunt. A 2008-09 University of Nebraska-Lincoln archaeological survey of Red Willow Creek camp site — chronicled in “Custer, Cody and Grand Duke Alexis — Historical Archaeology of the Royal Buffalo Hunt” — recovered a number of intriguing artifacts, including lead seals from expensive bottles of French champagne. The hunters may have drank multiple toasts to each other’s countries and their health, but it got there through the efforts of Nebraska railway workers, sutlers and teamsters.

Bill Moore, a TEDx Omaha speaker and entrepreneur whose enterprises include EVWorld.com, is developing an immersive media project to recreate the events of Jan. 14, 1872, called “Ghost of the Buffalo Grass.”

Either heist would make for a great movie. One had South Omaha schoolchildren finding the robbers’ roost and the school’s janitors the stash. The other was the biggest mail-train robbery in the United States at the time.

The unsolved mystery of Omaha's masked man with manners

Politeness was in his game. He’d use the King’s English while conversing with those in the house. “Good night,” he’d say after yet another haul. He was Omaha’s gentleman burglar of 1919. 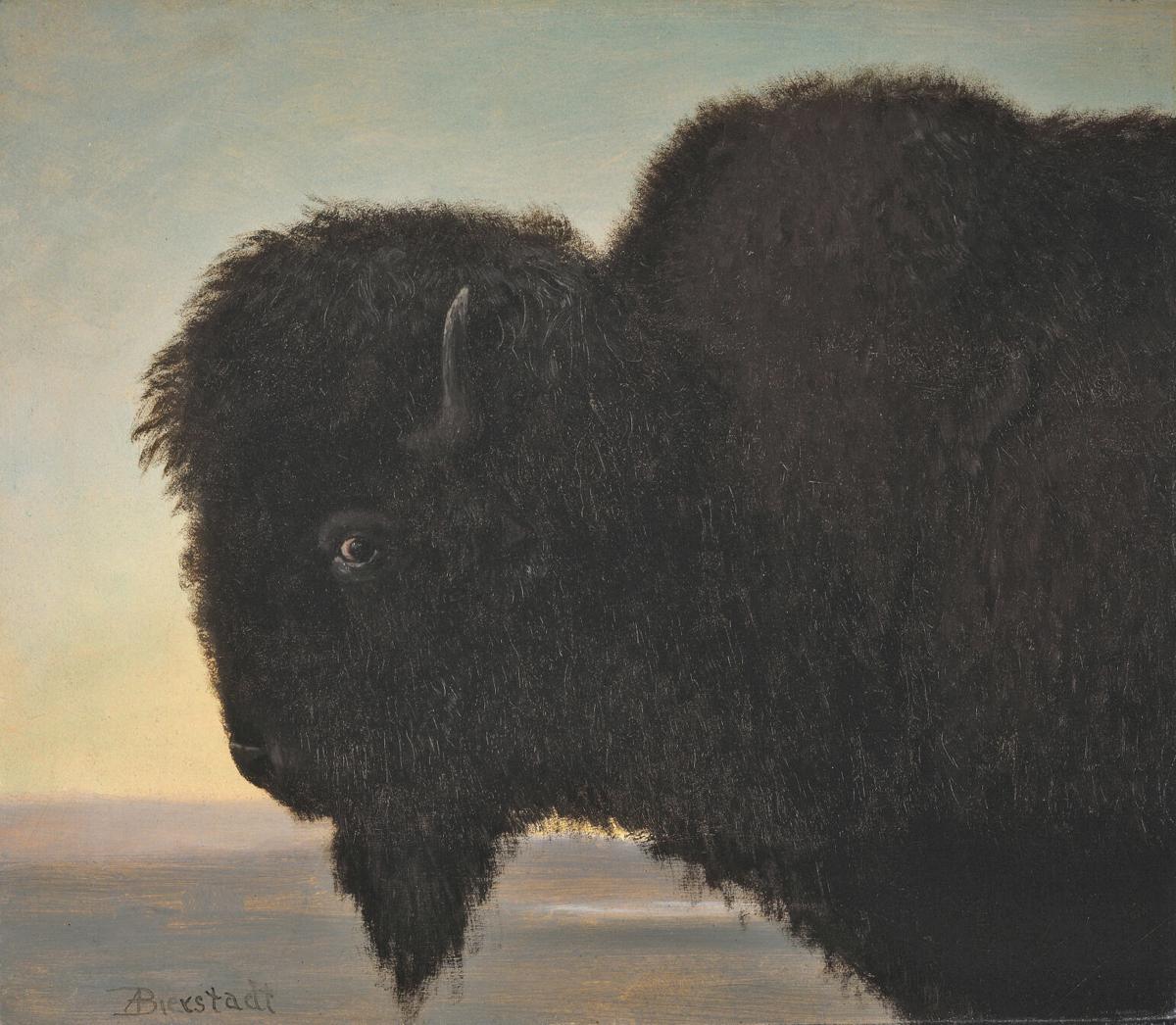 The “Buffalo Head” painting by western landscape artist Albert Bierstadt, circa 1879. It’s believed the idea for the buffalo hunt with Grand Duke Alexis may have originated with Bierstadt, several of whose paintings are part of Joslyn Museum’s collection. 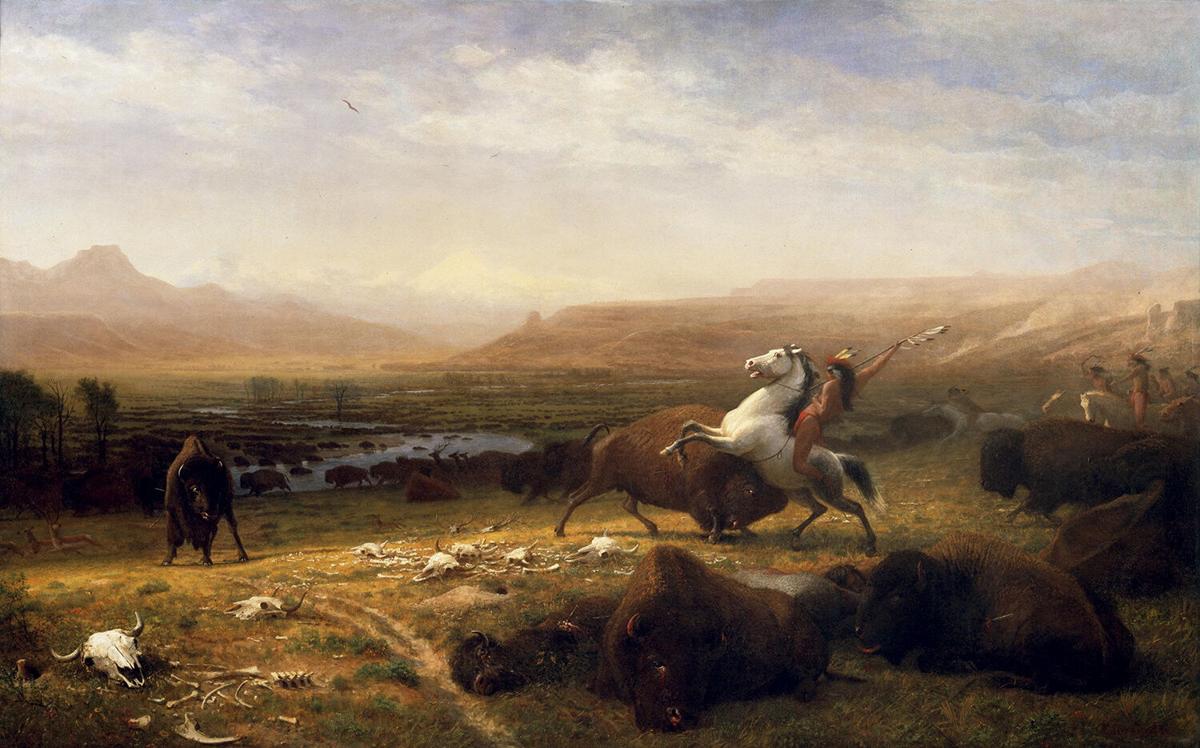 Albert Bierstadt’s painting “The Last of the Buffalo.”