Brittney Griner back home in US after Russian prisoner swap. Follow live updates

My perspective about EPIC Consumption Tax Reform (Eliminate Property, Income and Corporate taxes) comes from being engaged in public service to the citizens of our great state for several decades, as a member of the tax-writing Ways and Means Committee of the U.S. House of Representatives, as twice-elected Mayor of Omaha and as a University of Nebraska regent, in addition to most of my professional life as an attorney and small business owner.

The facts about Nebraska’s current state tax system are as clear as the headwaters of the Elkhorn or Loup Rivers. Our state tax system is broken and terribly burdensome to Nebraska citizens. Most other states have taken bold action and Nebraska sits by, catering to special interests, to protect their narrow exemption from taxation, and maintain the outdated 1967 Nebraska Tax framework. Our productivity today is no longer just beans, wheat and corn, cattle and hogs, but internet-based and high-tech jobs and service industries.

Senior citizens are moving away from their Nebraska grandchildren because the property taxes on their Nebraska homes consume far too much of their retirement income.

Farmers and ranchers are selling out — in some cases operations that have been in their family for more than a century — to move their livestock and equipment to surrounding states and saving 30% to 70% in annual tax payments. Ranchers and farmers nearing retirement age have a looming dilemma because their property taxes have risen 100% to 300% in the past decade, devouring the net profits that raised their families. They cannot in good conscience sell the land and equipment to their sons or daughters because there is no profit margin left to raise a family after paying property taxes.

In the past 20 to 30 years, Nebraska has experienced a major brain drain of high school and college graduates moving to other states that have 30% to 70% less tax burden then Nebraska. This brain drain must be stopped.

If you study states that have either reduced or eliminated their property taxes or their income taxes, prosperity has been the result. Our Legislature needs to learn from their experience and take it even one or two steps further. EPIC Consumption Tax Reform, LR264CA, is a bold and innovative plan that will make Nebraska competitive again. It will use an 8.97% Consumption tax on retail products and services to eliminate (not reduce) five current Nebraska state taxes: property tax, income tax for individuals, income tax for corporations, sales tax and inheritance tax.

Senators seek election and reelection promising to lower property taxes. No plan is perfect, but on our present course, we are just rearranging the chairs on the deck of the sinking ship.

EPIC Consumption Tax will broaden the tax base from the current $49 billion of retail sales to $124 billion sales on retail products and services by eliminating thousands of exemptions. Hard-working low- and middle-income Nebraskans will benefit from EPIC as well. No consumption tax will be paid on used goods, only new goods. Every family will receive a monthly prebate to pay their consumption tax on purchases of necessities up to the federal poverty level.

The rich will pay most of the taxes because they proportionately purchase more retail products. The key fact is that everyone will decide when to pay their tax simply by making the decision to purchase new products rather than used products.

The Revenue Committee Hearing on LR264CA was held in conference room 1524 of the State Capitol on Feb. 3. Many citizens invested time to drive to Lincoln and testify in favor of the legislation. They knew that complaining about property taxes or income taxes is not enough — they had to go speak to the elected officials who can solve the problem.

Citizens who did not testify should call or email the eight Revenue Committee members and urge them to vote now to move EPIC out of committee for floor debate. All senators can then debate to verify if the pros far outweigh the cons. Then senators can vote and pass this constitutional amendment onto the 2022 general election ballot so the people can vote yes or no. Remember, the people pay the taxes, not the Legislature. Let the people decide if they want EPIC Consumption Tax Reform.

Midlands Voices: On abortion, faith calls us to see nuance; not one size fits all

Darryl Brown Jr. writes: "Nuance belongs in the conversation around abortion; our faith does not always require an 'either/or' mentality."

Gov. Pete Ricketts writes: "State law declares 'the will of the people of the State of Nebraska and the members of the Legislature to provide protection for the life of the unborn child whenever possible."

Midlands Voices: What candidate is strong enough to stand up for democracy?

Gwenn Aspen writes: Will a candidate be a leader who will stand with voters, or will they stand with authoritarians?

David G. Brown writes: "The City of Omaha has taken a giant step forward in providing new dynamic infrastructure that will bring more people, companies and jobs to the very heart of our community."

A Russian invasion of Ukraine would be felt throughout the world, directly threatening Poland and the Baltic States and unsettling global economies.

Midlands Voices: Legislature can be partisan — a bad idea — without constitutional amendment

Ron Jensen writes: "I have no doubt that the political parties would like to have more to say about who serves in our Legislature, as well as what they do when they get there. But Nebraskans have only to look at the U.S. Congress to understand how well that would serve the public interest."

While the role of Omaha may have been brief, its status as a gateway to the west and pivotal role in providing the logistical support made its contribution critical to the success of the hunt.

Pat Loontjer writes: "The economic impact and jobs casinos claim are not in addition to existing local economic activity but in place of it. Gambling dollars do not drop from the sky. They come from local gamblers whose spending patterns change when slot machines move in, at the expense of local business receipts."

Midlands Voices: In fighting COVID, Nebraskans can look back to their leadership in WWII

Kenneth Keith writes: "We once again have the opportunity to rise to the occasion, to come together in the face of adversity."

Gov. Pete Ricketts: "On behalf of all Nebraskans, thank you to members of the Nebraska National Guard for your dedicated service to our state."

Midlands Voices: Omaha is at the crossroads of history; UNO has solutions

Today, our state and our nation both face pressing needs for which the University of Nebraska at Omaha is in a strategic position to provide solutions.

Hal Daub is a former U.S. representative, University of Nebraska regent and mayor of Omaha. 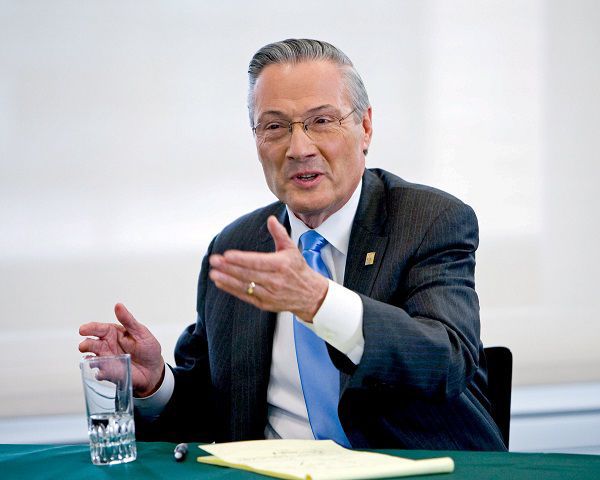 Hal Daub is a former U.S. representative, University of Nebraska regent and mayor of Omaha. 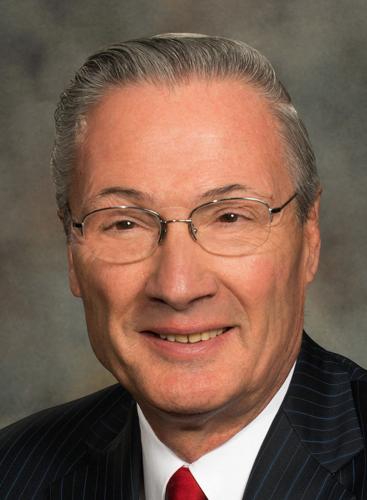