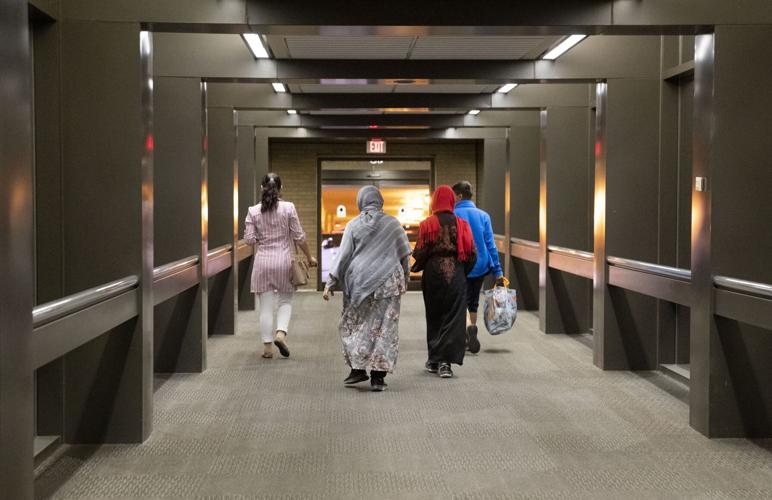 A family from Afghanistan is escorted to the parking garage after arriving at Eppley Airfield in Omaha on Sept. 29, 2021. 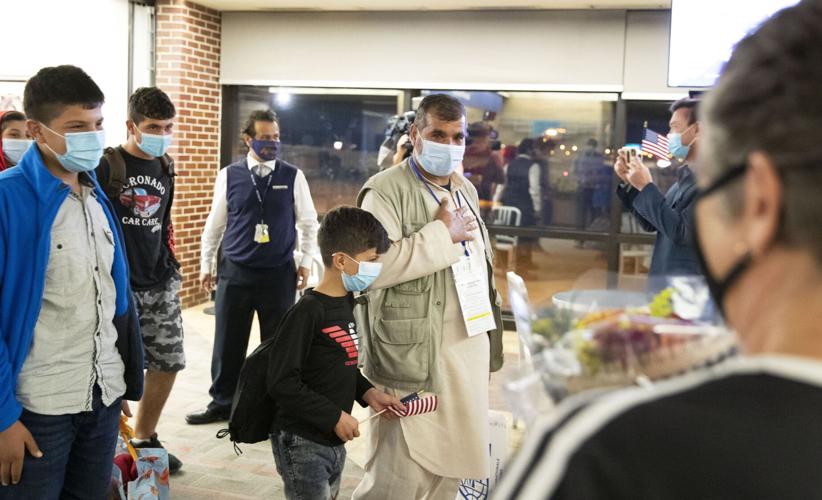 A family from Afghanistan is welcomed by officials and community members after arriving at Eppley Airfield in Omaha on Sept. 29, 2021. 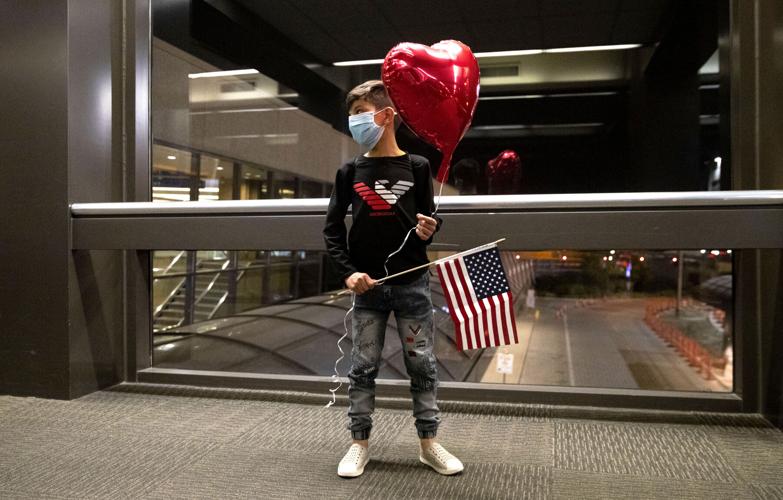 A child from Afghanistan pauses after arriving at Eppley Airfield in Omaha on Sept. 29, 2021.

Last August, we watched Afghans running alongside planes in a desperate attempt to escape the Taliban. Since February, we’ve seen Ukrainian refugees flee by train, bus and foot to escape the advancing Russian army. Forty-seven years ago, my mother was just like them: She was 18, running frantically through an airfield alongside her parents and siblings, desperate to escape Saigon.

After traveling many days by boat to the Philippines — and nearly starving — the family was eventually flown to Guam and then the U.S. They resettled in Lafayette, Indiana, where White Americans at a Baptist church sponsored them. Volunteers provided furniture, helped them set up their home, taught them how to navigate American life and, eventually, became their closest friends. It was in this fertile soil of love and hospitality that my mother’s Christian faith sprouted and her new life began.

This kind of community support can be the difference between whether a refugee family struggles or thrives in America. And the need for it is more urgent than ever. America has a proud tradition of welcoming refugees, but our resettlement infrastructure was largely dismantled under the last administration.

The arrival of 65,000 new Afghan refugees — and likely more from Ukraine — is straining the system. We desperately need funding, programming and volunteers to help families who’ve been forced to restart their lives from scratch. It’s why I’m calling on my fellow citizens and people of faith to step forward and help.

Many of the Afghans moving into our neighborhoods served alongside the U.S. military and protected our men and women in uniform. I wanted to help them, as they’d helped us. So in November 2021, I volunteered with Refugee Empowerment Center to help resettle Afghans here in Omaha. I was paired with two young families — married couples in their early 20s. The men are cousins who worked as security guards for the U.S. military in Afghanistan. Their wives had just finished high school and were hoping to start a family. They told me that they had to leave Kabul, because they feared retaliation from the Taliban.

Since I first met them last November, I’ve visited them every few weeks at the one-bedroom apartment they share in North Omaha. Every time I see them, the simple things have made my heart swell: how they first wrapped themselves in blankets against the cold and, later, how their eyes lit up in Target when they saw the bounty of puffy jackets and winter boots. In these moments, I often think of God’s faithfulness and provision for my own family when they found sanctuary in America.

I still remember the lunch when I introduced my husband and four children to the two young Afghan couples. They were sweet, asking my kids questions and regaling us with stories in their limited English. We laughed our way through the language barrier, which helped my children see how deeply knit humanity really is, despite the customs the cultures that separate us.

These couples are so young and when I look in their eyes, I sometimes see glimpses of my mother. She was a few years younger than them when she landed on U.S. soil, scared and so uncertain about her future. She didn’t know that a few volunteers from the local church would change her life. Or that she’d go on to meet my dad, who fled communist China and would become a doctor for the U.S. Army.

She certainly didn’t know that she would raise five happy, healthy American children who were also guided by their faith.

I hope the same for my Afghan friends and for the tens of thousands of refugees who are making their way here today. Our welcoming support can make these American dreams come true. So please join me in this work. Bring your families, your faith communities and your neighbors. We can make a difference together.

Each year on April 28, Workers Memorial Day, the U.S. Department of Labor’s Occupational Safety and Health Administration and workplace safety advocates across the nation remember those whose lives ended because of the work they did.

Midlands Voices: Need a career coach? You might be surprised where you’ll find one

Joanne Li writes, "At UNO, we are on the leading edge of a growing national movement to bridge this degree-to-career gap by transforming traditional academic advising to a more high-touch, academic coaching model."

Midlands Voices: Actions don’t match rhetoric when it comes to getting money back to everyday Nebraskans

Dr. Rebecca Firestone writes, "Rather than invest in a broad array of proposals that would have immediately helped everyday Nebraskans, including measures to provide direct payments to residents and lower taxes for middle-income earners, the Legislature prioritized a bill that promises major future tax breaks for the wealthy, property owners and out-of-state corporations."

Jeremy Nordquist writes, "Nebraskans can’t wait any longer for lawmakers to support legislation that will grow the economy, close the workforce gap and support the health care system that keeps us all safe."

Midlands Voices: The 'workforce behind the workforce' needs our help

Erin Duffy writes, "Early childhood professionals provide a critical foundation for child development and the economy. The health care providers, grocery store workers and teachers that we relied upon during the pandemic? Child care providers allowed them to keep working their essential jobs, secure in the knowledge that their kids were being cared for, taught and nurtured."

Midlands Voices: What will it really take to end abortion?

Midlands Voices: Your cow is texting you (and how technology is revolutionizing farming)

John Hansen writes, "Farmers don’t have right to repair for farm equipment, when their tractors, combines, windrowers or sileage cutters breaks down, farmers are at the mercy of the dealership ... For Nebraska farmers and ranchers, right to repair is a financial, competition and fairness issue."

A.J. Walts writes, "It is in the best long-term interest for our society and our progeny to continue to carry the torch of democracy that the founding fathers and mothers painstakingly sought to endow upon us. It is far from perfect, but remains the best governance model there is."

Drs. Jeffrey P. Gold and James Linder write: "We know that taxpayer support of UNMC — and our ability to be not only a scientific, medical and educational powerhouse, but also an economic one — isn’t a gift. Your belief in us isn’t an obligation. It’s an investment, and we take our commitment to our communities that we serve very seriously."

Jennifer Liu is a family physician at the University of Nebraska Medical Center.

Hannah Hayes and Lillian Hill write, "While shareholders like Mr. Buffett are fueling the climate crisis through massive polluting companies, youth and marginalized communities are the ones facing the consequences."

Midlands Voices: How Meyer v. Nebraska and the 14th Amendment are tied to Roe v. Wade

The right to privacy, access to birth control and same-sex marriage — all protected by the liberty right found in the 14th Amendment to the U.S. Constitution. From where did that right stem? Meyer v. Nebraska.

"You gotta give the people what they want."

Williams: The result of overturning of Roe v. Wade will be criminal. And you could be the next target of judicial overreach.

"If the court is stripping away rights, why would it stop at a woman's body autonomy?"

Commentary: Higher education is at a turning point

What used to be a no-brainer — go to college to get a degree to get a well-paying job — is being questioned.

Midlands Voices: You can’t spell ‘farmers’ without ‘e’ and ‘s’

ESG stands for environment, social and governance, and it reflects the understandable expectation that corporate America will act responsibly towards investors, workers, customers, the environment, and society as a whole.

After all these years, my dad inspires me still. As I write this, the almost 89-year-old fellow is fighting to get back onto his feet as steno…

Richard Kyte: Why do so many Americans regret changing jobs?

Commentary: The biggest decisions we make in life are whether to say “yes” or “no” to new opportunities.

Elaine Soloway writes, "Corner stores, supermarkets and department chains have to think creatively to fight the advantages that shopping at home grants."

A family from Afghanistan is escorted to the parking garage after arriving at Eppley Airfield in Omaha on Sept. 29, 2021.

A family from Afghanistan is welcomed by officials and community members after arriving at Eppley Airfield in Omaha on Sept. 29, 2021.

A child from Afghanistan pauses after arriving at Eppley Airfield in Omaha on Sept. 29, 2021. 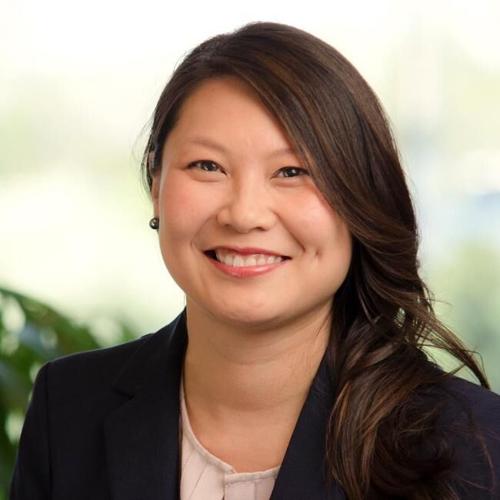