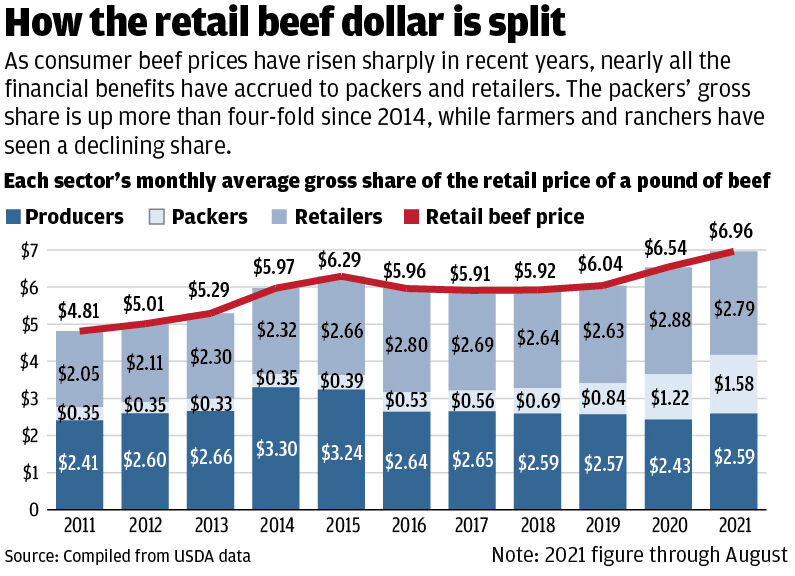 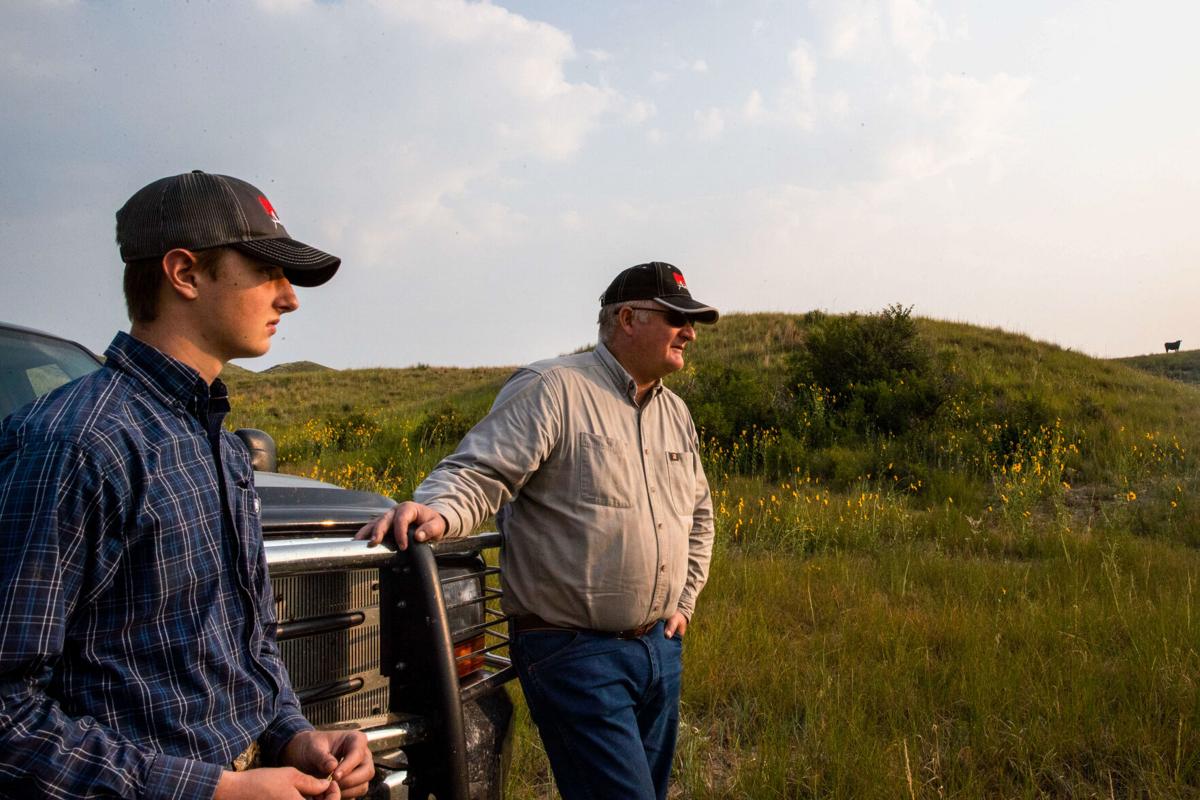 Wade Andrews, right, and his son Parker, check on cattle at the Andrews Ranch in Cody, Nebraska.

Denouncing corporations is easy. Using actual policy tools to hold them accountable and check their power is more difficult. Yet this is precisely what the National Farmers Union is pushing the Biden administration to do.

In late September, the NFU began its nationwide “Fairness for Farmers” campaign, which seeks to pressure the government to enforce antitrust laws and break up agribusiness monopolies.

1:24+4 Supply and demand or meatpacker consolidation — who is right in beef over beef?

Some may scoff at the prospect of challenging corporate power. But, in fact, the Biden administration has given some indication that it is willing to do so.

First, there was Biden’s executive order from earlier this year that mandated a thorough analysis and overview of supply chains, agriculture included, to determine weaknesses and places for improvement.

Let’s remember how the early days of the coronavirus pandemic put a surprisingly fragile food system on display.

Dairy farmers were told to dump milk, and hog producers were urged to euthanize their animals, as consolidated supply chains proved incapable of meeting distribution bottlenecks caused by school, hotel and restaurant closings.

It’s this system, as documented in a report from the Open Markets Institute, that allowed the four largest poultry processing firms to go from controlling 35% of the market in 1986 to 51% in 2015. For beef, the market share of the top four companies shot up from 25% in 1977 to 85% in that same year. During that same period, the top four corn seed companies’ control of the market went from 59% to 85%.

According to University of Missouri professor Mary Hendrickson, when four firms occupy more than 45% of a market, we begin to see competition-killing, innovation-suffocating practices such as price fixing and rigging contracts.

In short, our food system has, in the span of a few decades, seen competition turn into collusion, with billionaires controlling agriculture.

In this regard, Biden has made some promising moves. Specifically, the president has chosen Lina Khan as chair of the Federal Trade Commission and Timothy Wu as a special adviser to the National Economic Council. Both are outspoken critics of big business, penning articles and books that place corporate consolidation at the core of democratic decline.

And U.S. Sen. Amy Klobuchar of Minnesota, the lead Democrat on the Judiciary Subcommittee on Antitrust, Competition Policy and Consumer Rights, has introduced sweeping legislation to reinvigorate the United States’ antitrust laws and restore competition to domestic markets.

1:24+4 The State of Beef: Producers ask Congress to increase competition among packers

The call being sounded in these quarters for addressing corporate power should speak to every American. We need to wake up to the fact that fewer and fewer powerful actors are being allowed to dictate terms to farmers and consumers, to maximize profits. We need to challenge the powers enforcing barriers that stymie innovation and freedom.

Our food system can change for the better. It’s time to join the struggle and help the effort to make our agriculture system work better for everyone.

Anthony Pahnke is vice president for Family Farm Defenders and is an assistant professor of international relations at San Francisco State University.

Ranchers like Wade Andrews, 56, worry that their way of life is slipping away amid low cattle prices and ever-rising expenses while the meatpacking firms are earning record profits.

Wade Andrews, right, and his son Parker, check on cattle at the Andrews Ranch in Cody, Nebraska.