So it turns out that Texas will not pay Nebraska for deploying our state troopers to the border with Mexico in response to Gov. Greg Abbott’s request.

The agreement, dated June 12, says so in all-capital letters. It’s hard to miss.

Yet when asked June 21 about who would cover the costs, state patrol spokesman Cody Thomas intimated that Texas would reimburse Nebraska under the Emergency Management Assistance Compact. He outlined how Nebraska was paid for helping in North Dakota during Keystone XL pipeline protests and described the process as routine.

“The funding aspect of the deployment has not been finalized, however, NSP has been reimbursed for previous EMAC responses, such as in North Dakota and Minnesota,” Thomas wrote in an email to The World-Herald’s Sara Gentzler.

“Agencies submit expenses through the state emergency management agency, which is then reimbursed by the state that has made the EMAC request,” he added.

Given the agreement’s explicit language, Thomas’ response was, generously, a half-truth. It was Ben Franklin who said, “Half the truth is often a great lie.”

Compounding the obfuscation, the patrol told Gentzler it would cost an estimated $22,000 and take at least six months to fulfill to a Freedom of Information Act request for documentation and correspondence about the deployment. In recent years, government bodies across the country have used these exorbitant FOIA cost estimates to make it difficult to impossible for media and citizens to obtain public records.

Given the half-truths and the institutional resistance to complying with the open records law, a cynic might think the government had something to hide.

If this deployment is a necessary and virtuous use of Nebraska’s public resources, why not simply say, from the outset, “We’re paying the costs” and promise to report on the troopers’ activities for the sake of public accountability?

The bottom line is that Nebraska taxpayers are on the hook for probably half a million dollars, and the administration no doubt recognized that would draw significant criticism. The June 12 agreement estimates costs at $334,000 — before Gov. Pete Ricketts extended the deployment for 15 of the 25 officers sent to Texas.

Iowa Gov. Kim Reynolds, after similar rhetorical jive from her administration, also fessed up that her state would pay for sending about 25 troopers to Texas.

The states provide only vague descriptions of how their troopers are helping staunch illegal immigration or how they are helping Texas authorities manage the situation. It’s hard to imagine how fewer than 100 state patrol officers from a few other Republican states, operating in unfamiliar terrain, are making a material difference.

Illegal crossings of the southern border are, indeed, high and must be addressed. June’s count of 180,000 represents a two-decade high and tops the peak of 150,000 in a month during the Trump administration. Texas and Arizona governors weren’t asking their Republican peers for help then, though. That request came only after political points could be scored attacking the Biden administration’s failure to control a decades-old struggle in its first six months in office.

The United States desperately needs immigration reform, yet another issue where our sclerotic Congress has been unable to make progress. What we are getting instead is more polarized gamesmanship.

Political showboating is an inappropriate use of Nebraska’s resources and, in this case, puts our troopers needlessly in harm’s way. We hire all of our troopers to protect Nebraskans full time, and they face enough risks at home. Their deployment to other states for short-term emergencies — such as sending Nebraska troopers to Minneapolis for the Derek Chauvin verdict in George Floyd’s murder — is reasonable. This is not.

Moreover, sticking Nebraskans with the cost is fiscally irresponsible, and trying to hide that is reprehensible.

While we disapprove of the deployment, we do offer a solution to the spending issue. In South Dakota, a private donor stepped up to pay for National Guard troops’ deployment to the border.

Pete Ricketts and his family spent about $1 million in the most recent campaign cycle. The governor should pay the state for his political ploy.

It's fine to celebrate the state's strong increase in revenues. But caution is warranted about long-term spending and tax-cut commitments. 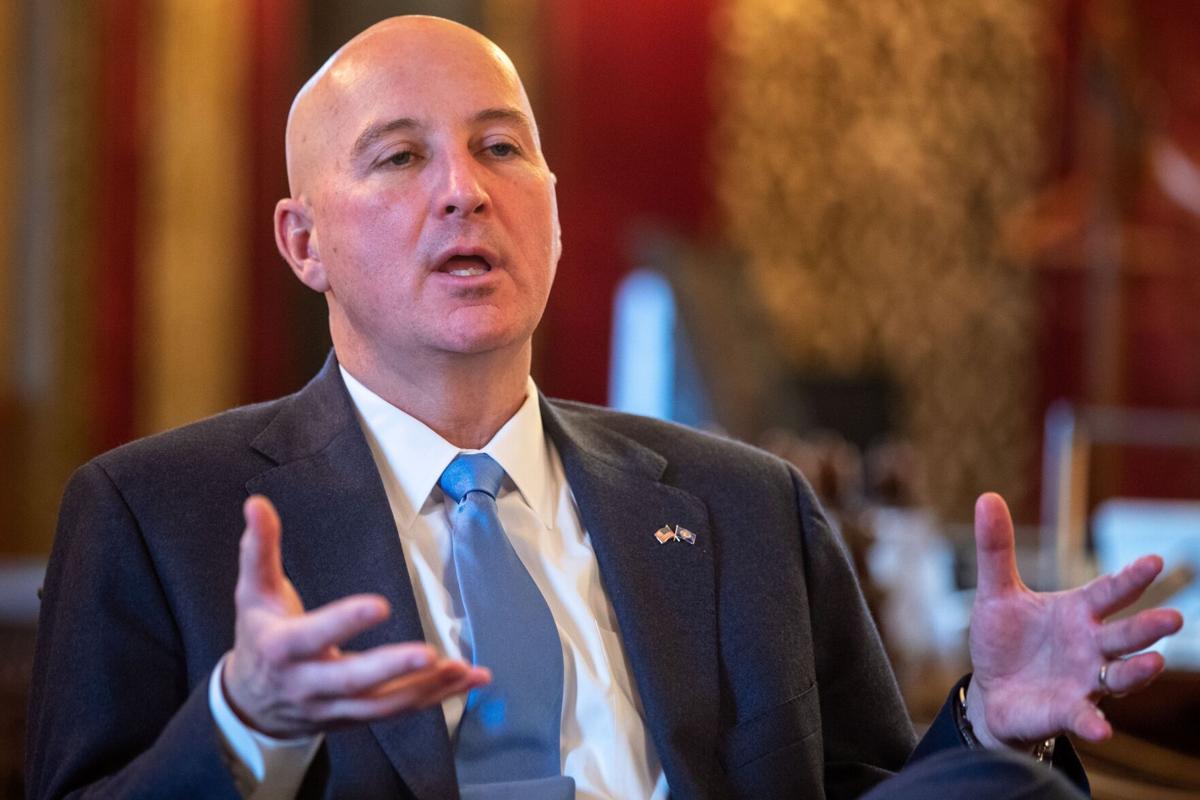 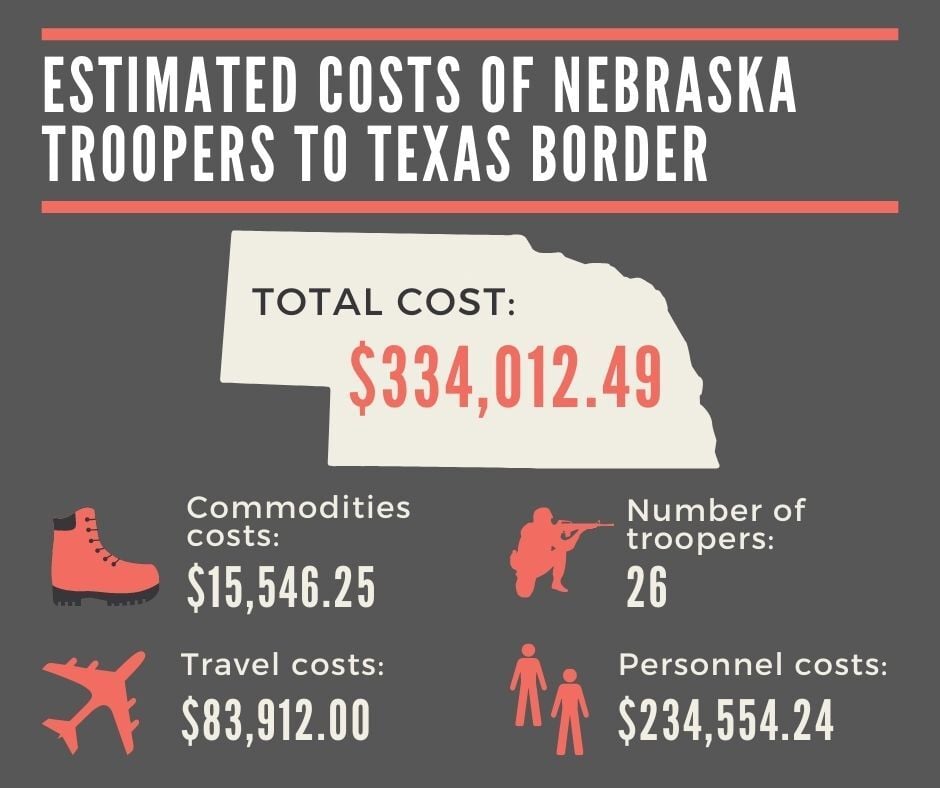