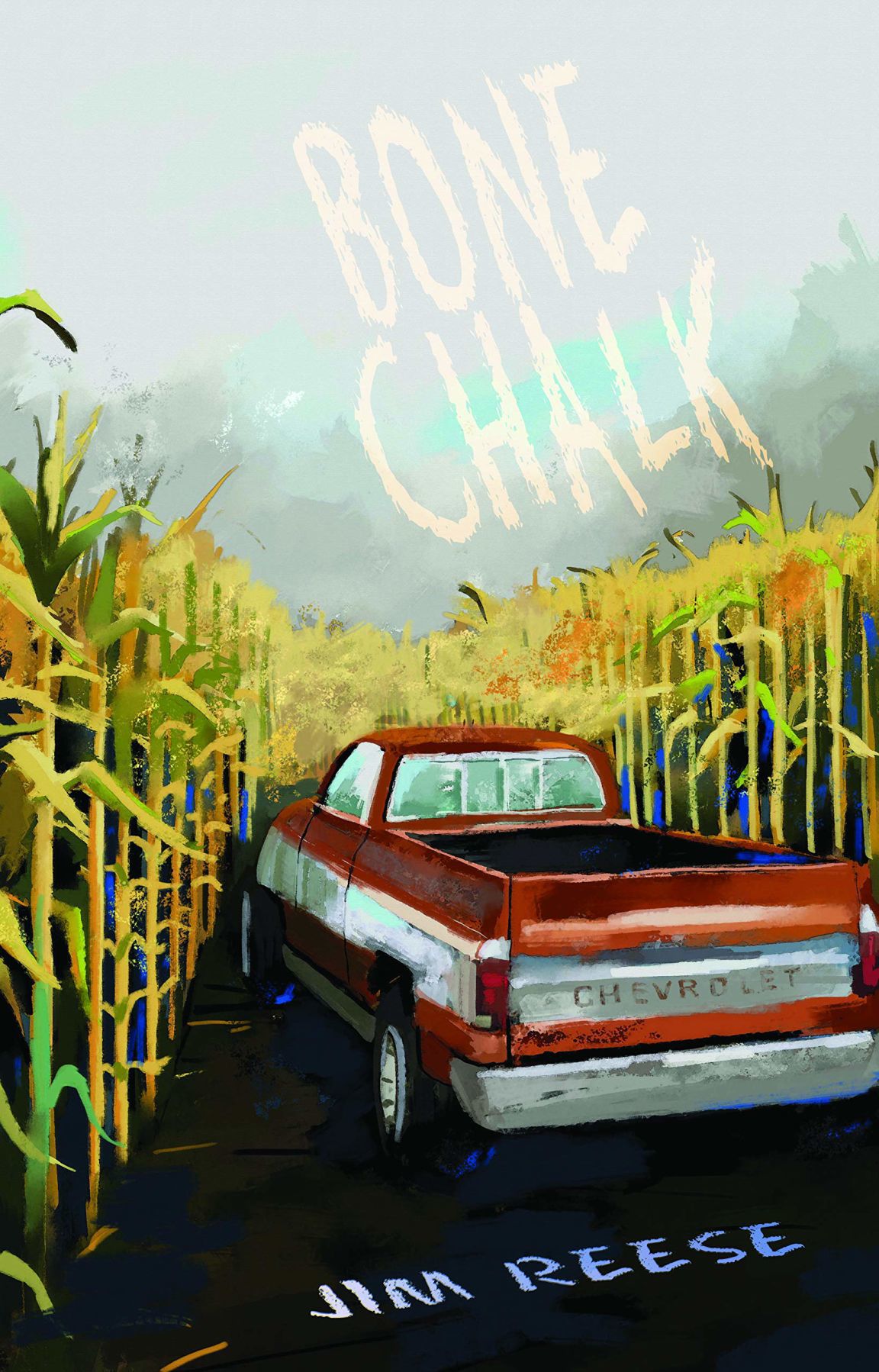 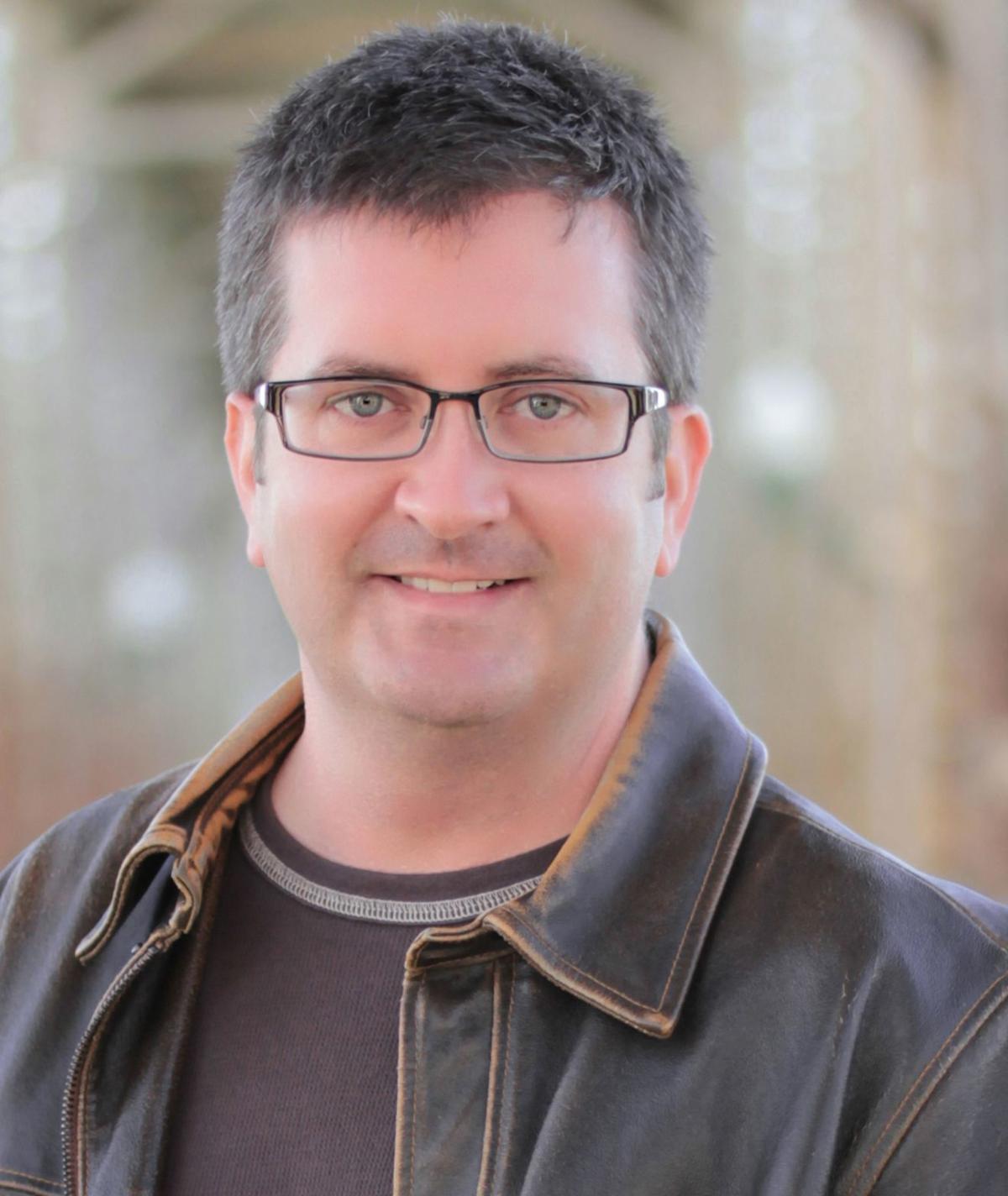 Jim Reese, who grew up in Millard, is an English professor in South Dakota and author of award-winning poetry collections. His new book, "Bone Chalk," is a wide-ranging collection of essays about Nebraska and the Midwest.

Iowa-born Jim Reese, an English professor and poet who grew up in Millard, ably straddles the Midwest’s urban and rural cultures, drawing on them to produce essays rich in insight, vividness and heart. In the new book “Bone Chalk,” Reese assembles his first collection of essays. It’s a rewarding read, often hilarious, sometimes poignant, and in all cases thoughtful.

His writings roam across a striking variety of cultural landscapes: Endearing depictions of his rural Nebraska mother-in-law, devoted to family and skilled at giving “play by plays of garage sales and auctions.” A time-traveling examination of his Grandpa Reese that toggles between his elderly grandfather’s final hours and his World War II experiences as a Marine, awarded the Bronze Star after facing unimaginable dangers in the Pacific theater. (“You ask yourself as your mind races and flashes to the past, could you ever carry the weight he carried? … Could you ever be a hero?”) Plus, lists of Midwest bumper stickers (many featuring ribaldries outside the bounds of a family-friendly newspaper). And Reese’s colorful experiences, wonderfully conveyed, during the year he wriggled and writhed as Willy the Wildcat, the mascot for Wayne State College. (“I peered through the enormous grin that was Willy’s mouth ...”)

Reese, an associate professor of English and director of the Great Plains Writers’ Tour at Mount Marty College in Yankton, South Dakota, is a city boy who married into a Nebraska farm family and — far from indulging in ivory tower isolation — has taken extraordinary measures over the years to immerse himself in farm operations and rural culture. “I think everyone, at least once, should ride shotgun in a loaded grain truck with spotty brakes,” he writes. He also observes: “Many city boys never fully understand the significance of flies, that a JD 3020 is a tractor not a new brand of fortified wine, can’t distinguish a Hereford from an Angus …”

Some of the rural scenes in “Bone Chalk” provide lighthearted vignettes, while others make clear the hard challenges of wringing a livelihood from the soil. “This is tough country, this Nebraska,” Reese writes. “It’s unflinching and unapologetic.” In this land “where you can actually see the sky,” the vagaries of markets and weather can leave “family profits fluctuating like the wind.”

For more than a decade, Reese has worked with inmates in state and federal prisons, including San Quentin, leading writing workshops. Those behind-prison-wall experiences, plus the lingering pain from the 1990 rape and murder of his 17-year-old Millard South classmate Christina O’Day, spur Reese to some of his most heartfelt and reflective ruminations on questions of morality, justice, public policy and the nature of evil. Reese, the father of two daughters, writes of “the tight knot in my heart that every parent has, the horrendous feeling of knowing if that happened to my child what I might do.”

Perhaps the most powerful theme in “Bone Chalk” involves the connections, strong or weak, between generations and how rich and loving relationships become possible through an openness and generosity of heart. He makes clear his admiration for his father-in-law and his maternal grandfather in that regard. (“My grandfather gave me rein to explore more than anyone else. He tried to understand my world.”)

Throughout his essays, Reese, the award-winning author of multiple collections of poetry, is impressive in his stylistic approach. “Bone Chalk” is replete with prose that’s artistic but not artsy, displaying a temperament that’s self-aware and assertive, but not posed. The publication of this collection announces Jim Reese as a major writer on the Midwest in all its shades — lively and bright, somber and muted, violent and dark. Readers of all backgrounds will come away from his writings with a deeper understanding of the Midwest and of the human spirit itself.

The decision also needlessly placed County Health Director Adi Pour, who already is juggling enormously complex duties, in the difficult position of having to signal her support.

If a mask mandate does go into effect in Omaha, it’s important that the decision be made by a local elected body, to ensure direct accountability to the public.

The writer is an advanced practice registered nurse in Omaha.

OPS decision helps us all

Politicians, stop being an obstacle

"It’s not true, as some believe, that qualified immunity prevents accountability for police misconduct."

The Public Pulse: Mail-in ballots have integrity; Nebraska is politically diverse; I stand with the police

Jim Reese, who grew up in Millard, is an English professor in South Dakota and author of award-winning poetry collections. His new book, "Bone Chalk," is a wide-ranging collection of essays about Nebraska and the Midwest.