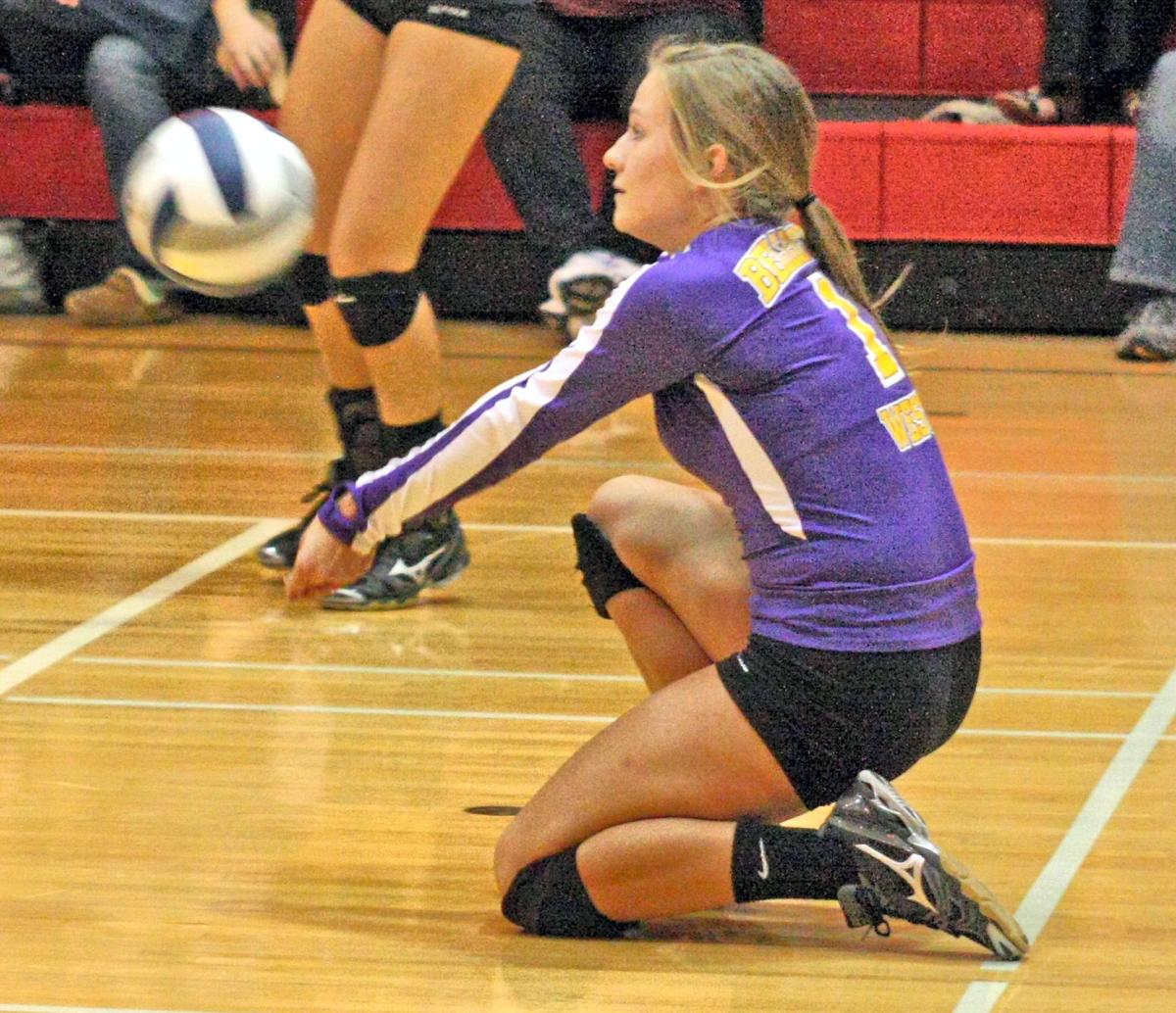 Bellevue West’s Katie Imig hits the floor to dig a shot during Friday’s pool play match with Lincoln Southwest at the Westside Invite. 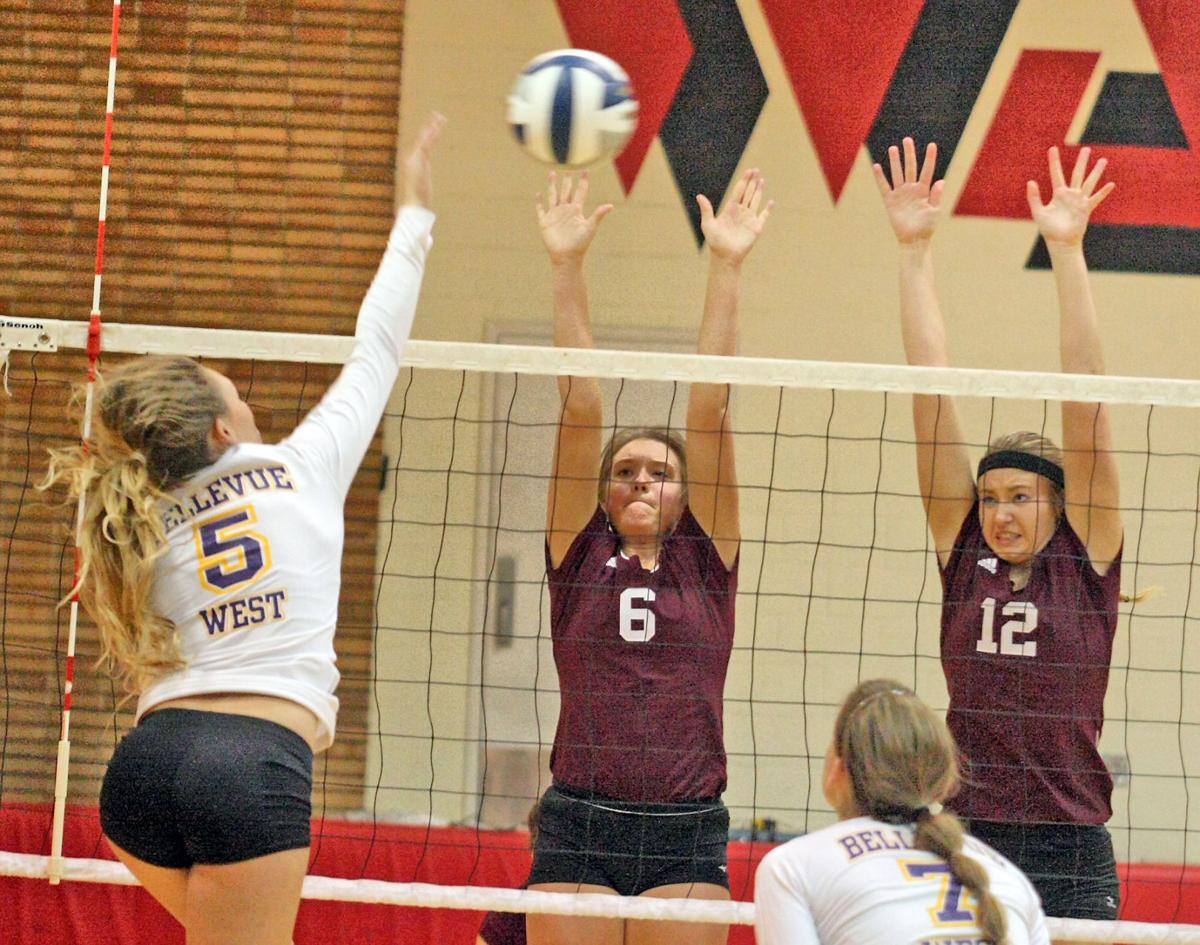 Papillion-La Vista faced a new challenge Saturday in remaining unbeaten on the season.

The way Papio responded to the fifth game pleased coach Kristen Lebeda-Svehla, especially with the lopsided 25-12 loss in the fourth set.

“I wanted to see our reaction,” Lebeda-Svehla said. “I still liked our composure. I felt our composure was still there, even though we lost game four the way we did.”

After splitting the first four points of game five, the Monarchs rattled of 10 of the next 12 points to take control of the set. Katie Stephens had four of her team-high 20 kills in the decisive fifth set.

The Monarchs defeated Elkhorn Saturday morning in straight sets to reach to the finals after topping Lincoln Southwest, Bellevue East and Bellevue West Friday in pool play without dropping a set. Stephens racked up 26 kills in pool play action with O’Dowd adding 22.

Bellevue West rallied for two wins Saturday to win the consolation bracket championship with a 25-23, 25-24, 22-25, 15-25, 17-15 victory over Millard North after beating Westside 3-0 earlier in the day. West’s only pool play win came over Bellevue East while the Chieftains went 0-3 in pool play before losing their only game Saturday to Millard North.

The T-birds got a big game from Sage Meyer in the consolation bracket semifinals match against Westside. Meyer knocked 26 kills to go with 27 digs.

The Monarchs added a pair of wins during the week by sweeping Marian and Lincoln Pius X in the Marian Triangular Oct. 14.

Colby Duvel and Nicki Stolzer produced a combined 23 kills in the Arlington match to pace the Trojans with Madi Bargstadt adding six.

Sloane Augustus, Stolzer, Taylor Partusch and Carly Stepanek each had double digit digs with Augustus leading the way with 17. Bargstadt and Stepanek combined for 34 assists.

Stolzer led the Trojans in the DC West match with 13 kills and 21 digs.

Halie McArdle and Amanda Young led the Dragons with nine kills apiece in the win over Mercy with McArdle adding 26 digs. Hanna Ehmke added a team-high 27 digs to go with 22 set assists while Young and Katie Wewel combined for 24 digs. Mallory Yost and Lauren Leapley each added two blocks to go with a combined 11 kills.

contributed to this report

Bellevue West’s Katie Imig hits the floor to dig a shot during Friday’s pool play match with Lincoln Southwest at the Westside Invite.