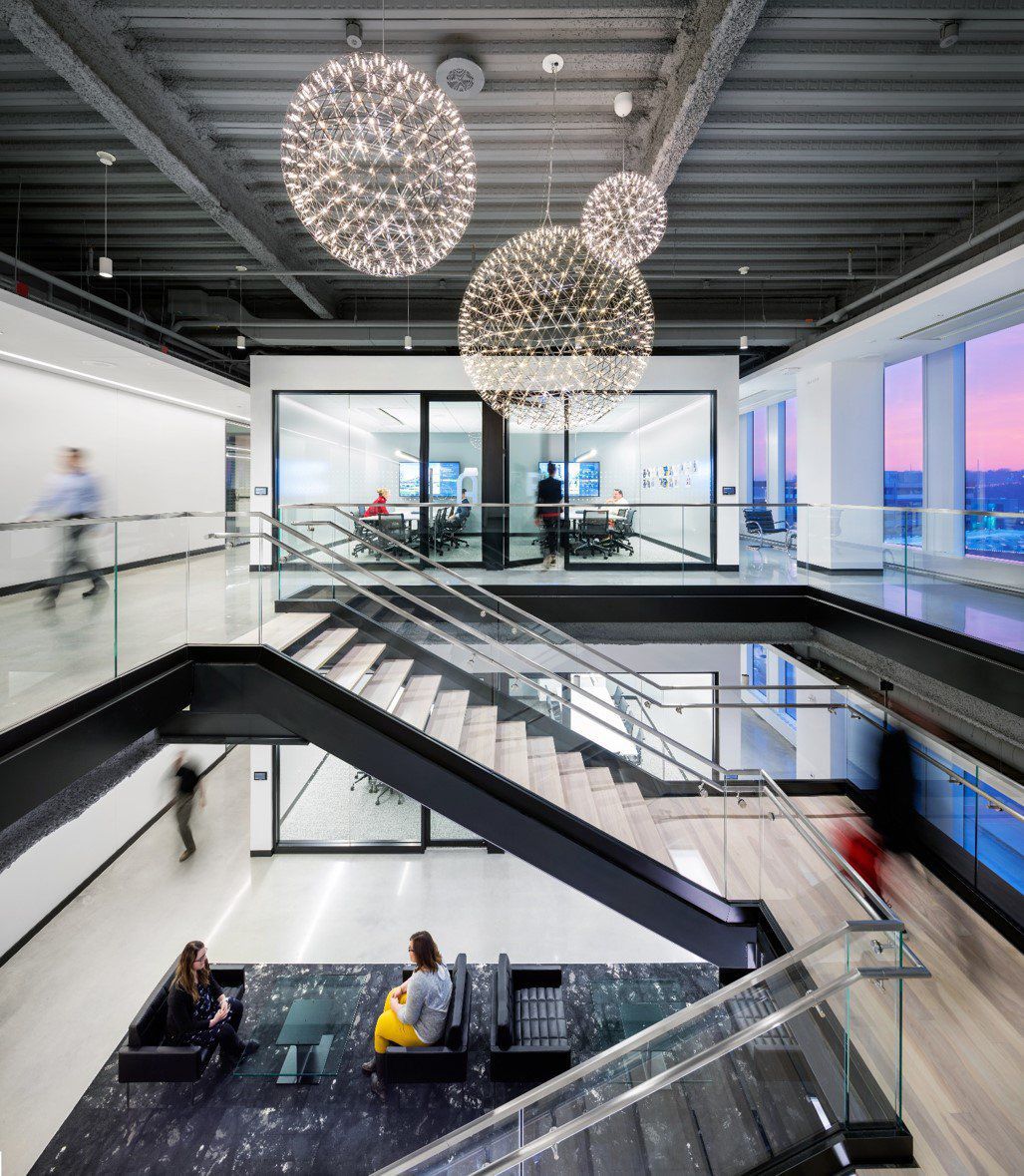 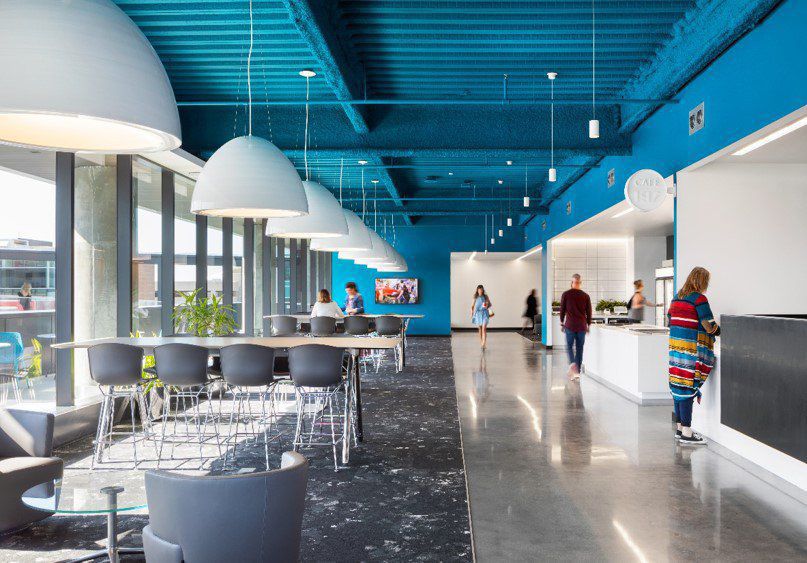 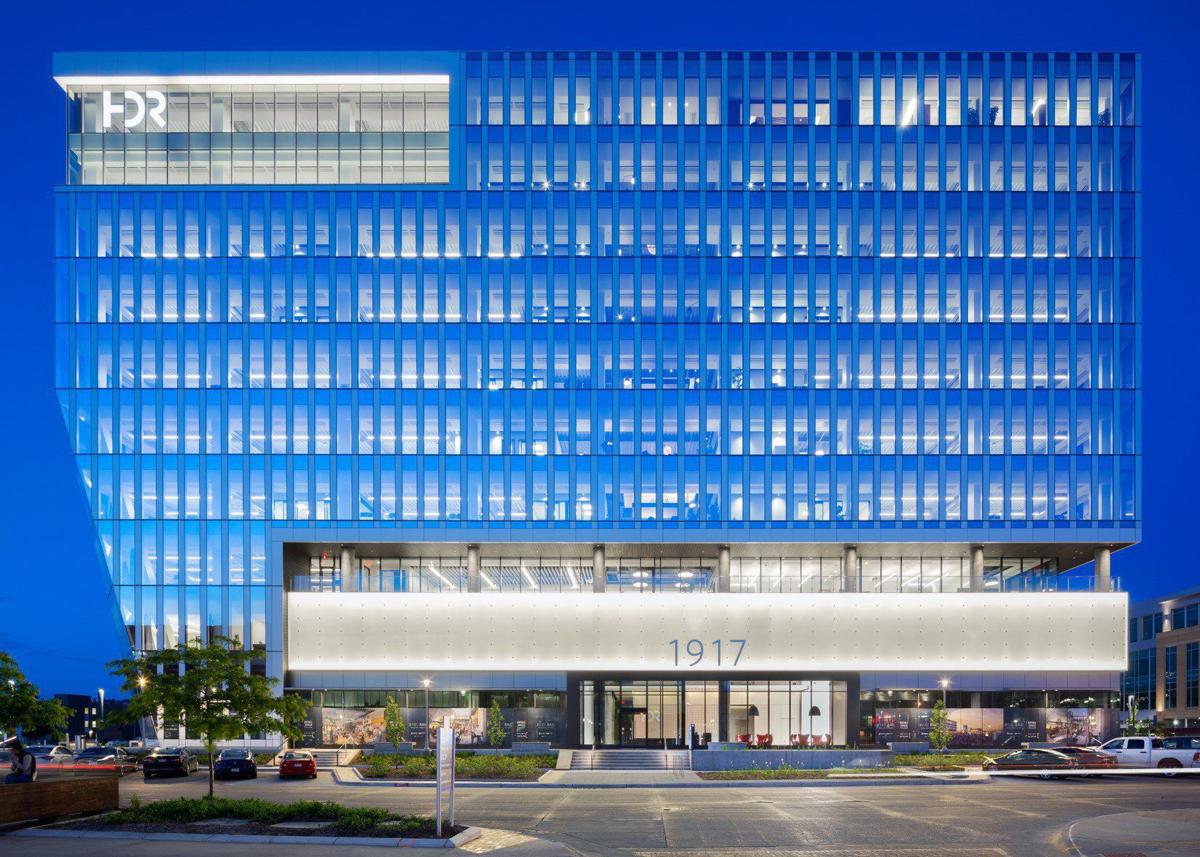 ACEC Nebraska awarded its 2020 Excellence in Engineering Grand Award to HDR for the HDR Global Headquarters in Aksarben Village.

Headquartered in Omaha since 1917, global design firm HDR sought a new global headquarters building that reflected the talents and skills of its architects, engineers and planners.

The firm partnered with owner Noddle Companies to design a 10-story, 240,000-square-foot multi-use office building at Aksarben Village. The end result is a striking building with a design that respects its context and fosters collaboration, and in which engineering plays a significant role.

This project illustrates the importance of engaging all parties early in the design process. The building’s unique form is chamfered at the corners to maximize square footage on upper floors while opening walkable space on the ground level to activate engagement with the surrounding neighborhood. Rather than having “front” and “back” sides, space that would have typically been used for a loading dock was reimagined as a retail alley.

The building also earned a three-star rating from Fitwel — the highest rating possible for this certification that optimizes buildings to support occupant health.

ACEC Nebraska awarded its 2020 Excellence in Engineering Grand Award to HDR for the HDR Global Headquarters in Aksarben Village.