Last year, more than 80 teams were on hand for the three-day Lucas Oil Late Model Dirt Series event, which pays out $40,000 to win on Saturday night.

“We believe our event is unique in that it is a different format than these (drivers) are used to and love it,” said Brian Stickel, Knoxville Raceway general manager. “Often, the 100-lap feature on Saturday night comes down to the last lap and even the last turn. In nine years we have had eight different champions with only Scott Bloomquist repeating.”

NASCAR drivers Tony Stewart and Ryan Newman have raced in the event. Stewart finished second one year after having to go to the back of the pack more than once.

The event has complete shows on Thursday and Friday in which points are awarded. The number of points each driver earns sets the field for Saturday’s finale. Most of the best Dirt Late Model drivers in the country will be on hand.

The eighth round of the 2013 Off-Road Motorcycle Nationals will be held just across the South Omaha Bridge in Council Bluffs at the River Valley OHV Park on Sunday. Stan Gregory, one of the park managers, says some of the best riders in the country will be on hand for the event.

Tracks have finished their weekly racing and have crowned their champions for 2013. Here are track champions from a few of the tracks:

» I-80 Speedway: Jase Kaser of Lincoln in Super Late Models; Jared Hoefelman of Columbus in A Mods; Shawn Harker of Nebraska City in B Mods; Dave Jorgensen Jr. of Omaha in Grand Nationals; Curt Drake of Murray in ProAm/Stock Cars; and Joe Baker of Omaha in Hornets.

» Eagle Raceway: Mike Boston of Alvo in Racesaver Sprints; Dylan Smith of Osceola in A Mods; Gary Saathoff of Beatrice in Sports Mods; Roy Armstrong of Beatrice in Hobby Stocks; and Matt Moyer of Gretna in Sport Compacts.

» Junction Motor Speedway: Jase Kaser of Lincoln in Late Models; Tyler Iverson of Albion in A Mods; Kevin Betzen of David City in B Mods; Troy Paxton of Grand Island in Hobby Stocks; and Steve Moock of Chapman in 4 cylinder. 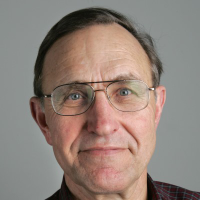 These eight teams have punched their tickets to Omaha and will begin competing for a national championship later this week at TD Ameritrade Park.

Tyreke Johnson had lots of interest and a plan to explore it. But one visit to Nebraska ended his recruiting process. The former five-star recruit explains why he chose the Huskers.

After leaving Louisville last week, former Husker quarterback Luke McCaffrey has found another new school where he'll play for the coach who helped turn his older brother into a Heisman Trophy finalist.

The Huskers were the first major program to offer a scholarship to three-star quarterback Richard Torres, and the early work paid off with his commitment to Nebraska.

Sam McKewon's three takes on the commit of Tyreke Johnson

Sam McKewon's three takes on the commit of Tyreke Johnson includes this key thought: NU's newest DB knows what it's like to train and attend classes in a Big Ten school.

Nebraska football has another busy recruiting weekend on tap, with six official visitors scheduled to be in Lincoln. Sam McKewon previews the weekend with info on each prospect.