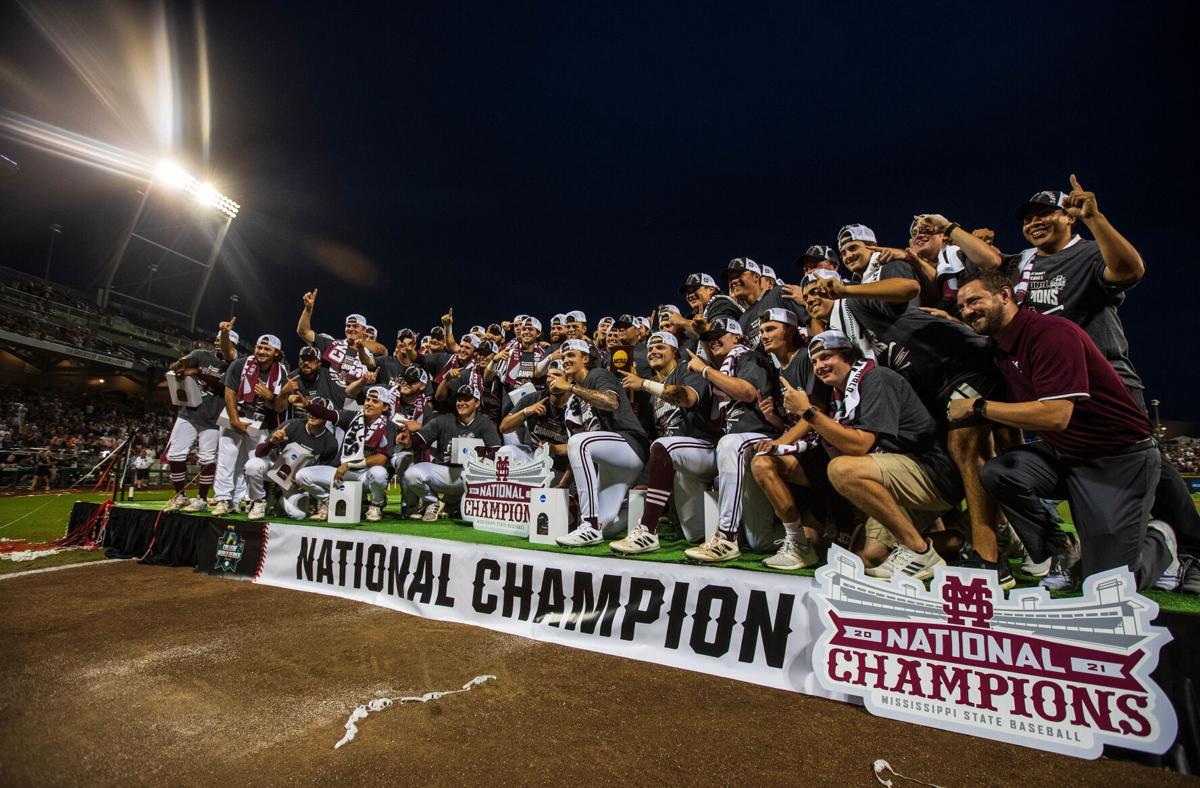 Mississippi State was the third team from the SEC to win the CWS title in the past four editions. 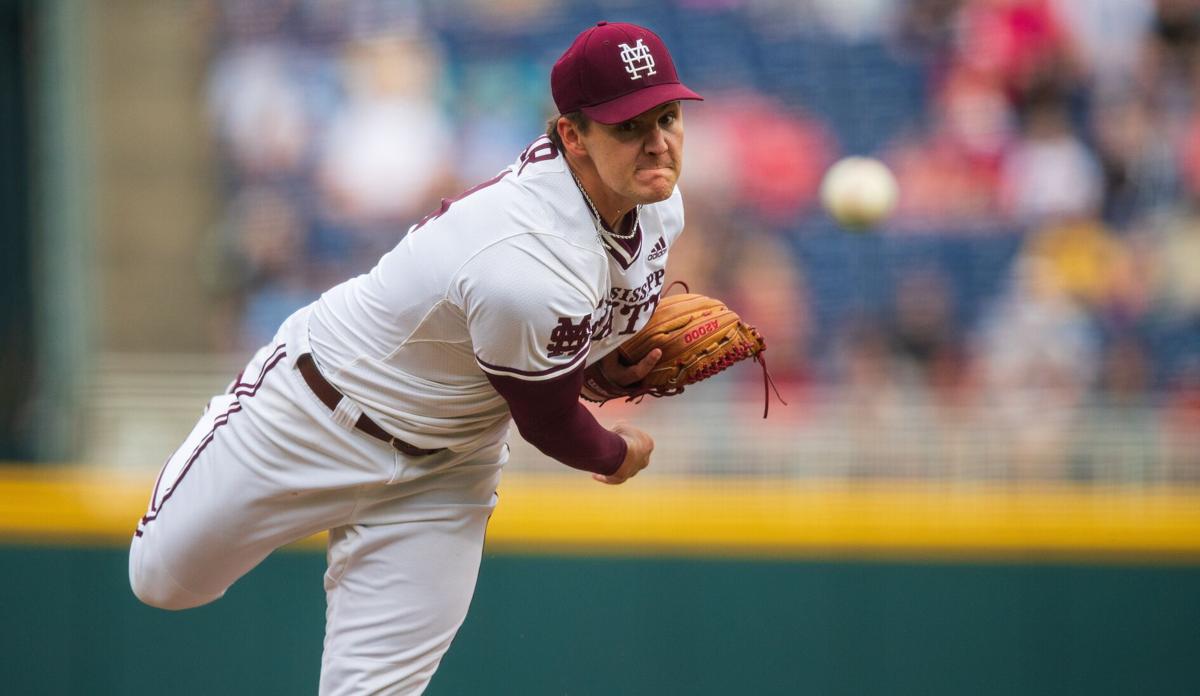 Vanderbilt coach Tim Corbin was careful not to boast on behalf of the SEC last week, though two conference teams were about to face off in another high-profile showcase of the college baseball's standard-setting league.

Whether Mississippi State or Corbin's Commodores won the best-of-three CWS series, the 2021 title was going to be claimed by an SEC team. Again.

So Corbin was asked about the league one day before the finals.

Then again, Corbin doesn't need to state a pro-SEC case. No one does.

In the college baseball universe, the SEC rules.

Mississippi State beat Vanderbilt for the 2021 College World Series championship. It served as another authentication of the league's place in the sport's current landscape — the SEC stands ahead of the rest of the pack.

The Bulldogs' title marked the third in four series by an SEC team. Five SEC squads have won a championship since 2009.

Since the CWS moved to TD Ameritrade Park in 2011, 35% of the total bids have been filled by SEC teams. The only SEC squads that haven't reached Omaha during that stretch: Alabama, Missouri, Kentucky and Georgia (the Bulldogs were the 2008 CWS runners-up).

That's not to say that elite baseball only exists in one league. Perhaps that was Corbin's point.

The ACC represented itself well this postseason and might have had a CWS finalist had NC State not been disqualified because of COVID-19. Texas showed its mettle by making a commendable run through the CWS losers bracket two weeks ago.

And as Stanford's Brock Jones noted after his team got eliminated that the Pac-12 had two CWS representatives in 2021 — which he said should "put some respect back on the West Coast."

But the SEC continues to lead the way. It's a trend that doesn't appear to be changing anytime soon, either.

The Mississippi State-Vanderbilt championship series was a reminder.

Vanderbilt's 12-inning win over Arizona: The nightcap of the CWS opening-day doubleheader was one for the ages. There were electric arms and gritty hitters. The momentum swung back and forth for nearly five hours. Ultimately, the Commodores won it with a walk-off RBI single.

Mississippi State's 6-5 win over Virginia: The Bulldogs didn't have a hit heading into the eighth inning. They trailed 4-0. Suddenly, everything changed. It started with a walk. Then a two-run homer. Then came a single, double and another home run.

By the end of the half-inning, Mississippi State scored six times, enough to clinch a victory and move one win away from the CWS finals.

Mississippi State's 4-3 win over Texas: As soon as Tanner Leggett made contact, everyone knew. That line drive was going to land in the outfield and Brayland Skinner (the pinch runner who stole second moments earlier) was going to score. The dramatic finish secured the Bulldogs' spot in the CWS championship series. The image of the team rushing out of the dugout as Skinner crossed home plate will live in CWS lore.

Will Bednar: The right-hander struck out 15 in six innings against Texas on the second day of the CWS. It'd been 25 years since a pitcher at the CWS had 15 punchouts in the game. Bednar's fastball-slider combo had the Longhorns off balance all night.

NC State's Devonte Brown went airborne in the second inning against Vanderbilt, sprinting to the right-field corner and launching himself forward to make a diving catch. He robbed the speedy Javier Vaz of what likely would have been a triple and he kept the momentum on the side of the short-handed Wolfpack, whose roster had been decimated by contact-tracing COVID protocols. Vandy ended up winning 3-1.

There were 28 home runs during the 2021 CWS, the most since the event moved to TD Ameritrade Park. That reflects a recent increase across the sport.

By the time the CWS begins, the game's biggest stars already know which MLB franchise they'll soon be joining. Not this year.

The MLB draft got pushed back. So instead of top "draftees," there were top "prospects." But there were a lot of them.

"It's a special night for all of us. I told recruits during the recruiting process it'll kind of be like when the Cubs won it. When Mississippi State wins it, it's going to be a big party. And I have a feeling we're going to have a big party tonight."

"Baseball can bring you to your knees sometimes — but the learning that can come from it and the experience and (Brendan Beck) will grow from this and we'll always appreciate what a great pitcher he is in our program."

"Two options are forfeit or play with 13 guys. And my vote was to play. Let me know what you want to do. Took about probably six seconds. That's who they are. We found a way to make it work."

— NC State coach Elliott Avent on taking the field with 13 available players. The next day, the NCAA disqualified the Wolfpack because of positive COVID-19 results

Patterson: Even with the changes, the CWS sure was a welcome sight

Starter Noah Unger of Nebraska Wesleyan picked up the win and Creighton Prep grad Matt Keating got the save in the collegiate summer baseball championship.

Mississippi State was the third team from the SEC to win the CWS title in the past four editions.