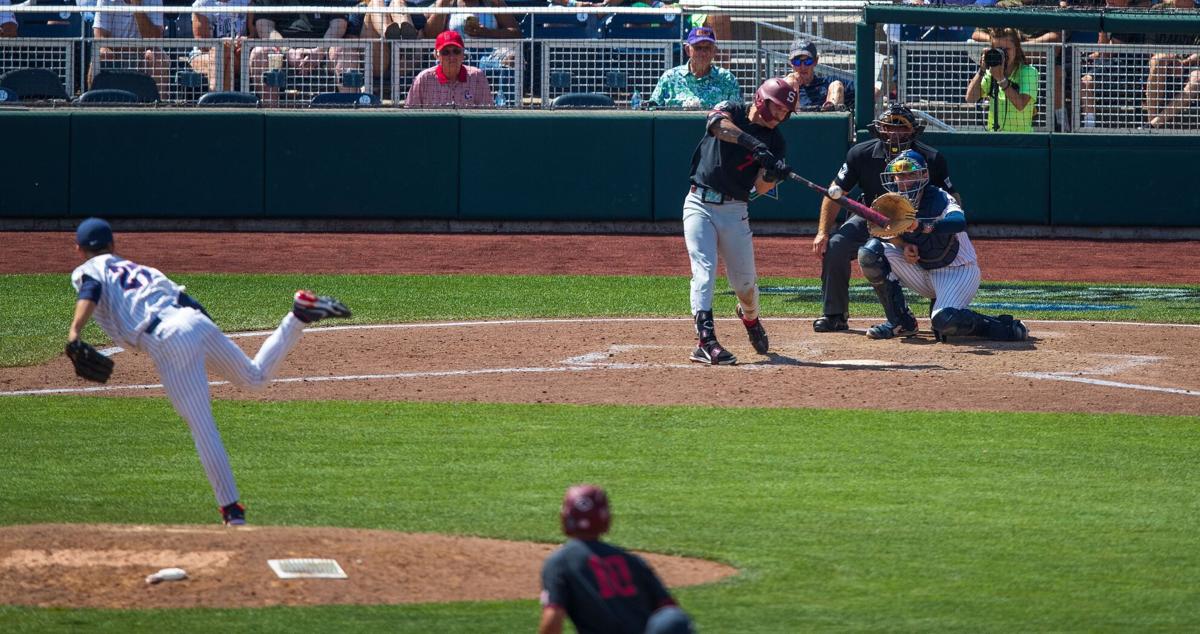 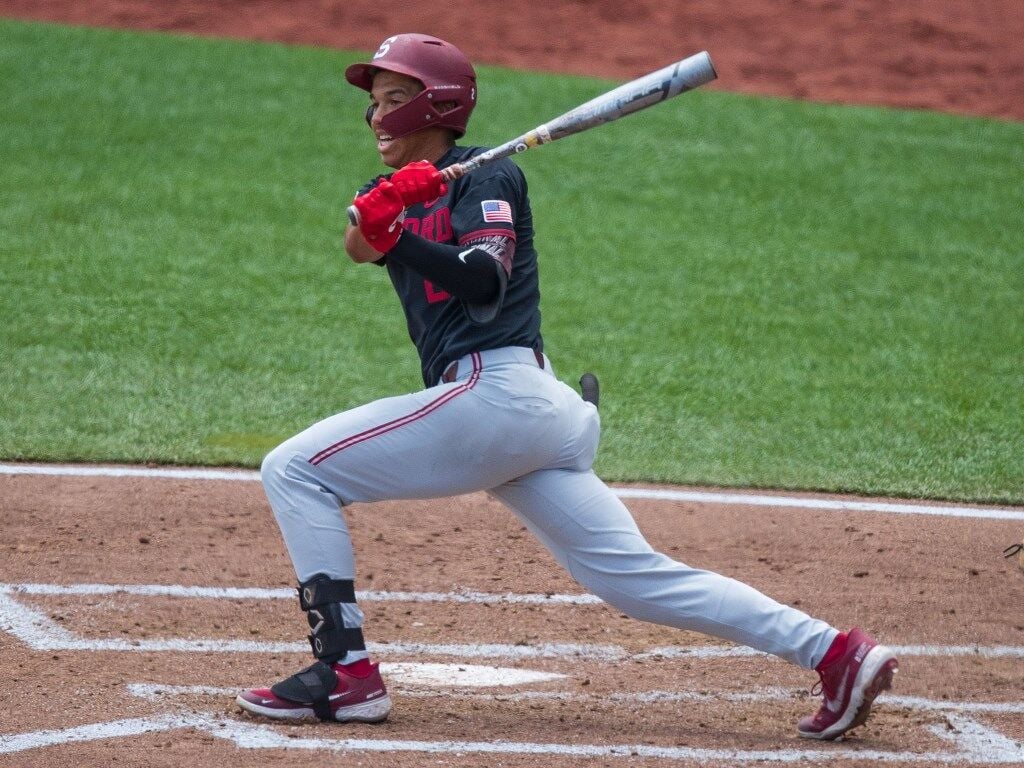 Stanford put on an offensive showcase against Arizona.

It was a pleasant day for baseball Monday at the College World Series, unless you were wearing an Arizona uniform.

Stanford made life miserable for the Wildcats on a 74-degree day, posting a 14-5 victory in front of 19,341 at TD Ameritrade Park. The Cardinal moved to 39-16 while the season ended for 45-18 Arizona.

​A seven-run third inning was key for Stanford, which pounded 20 hits. The Cardinal tacked on three runs in the fourth and four more more in the seventh.

"It was a great effort by our team," Stanford coach David Esquer said. "They didn't want to go home."

Brock Jones led the hit parade with five RBIs. He had a two-run double in the third and a three-run homer in the seventh.

"We were a little nervous in our first game," he said. "We were able to come out and have some fun today."

That fun began in the third when the Cardinal rapped five straight hits to chase Arizona starter Garrett Irvin. Jones' two-run double and Kody Huff's RBI single made it 3-0.

"We were more comfortable at the plate today," Esquer said. "We didn't play like ourselves Saturday (a 10-4 loss to North Carolina State)."

Chatelain: For frustrated but loyal Tennessee fans, just getting to CWS is reason to celebrate

Stanford made it 10-0 in the fourth when Huff delivered another RBI single and Christian Robinson had a two-run double.

That was more than enough offense for Cardinal starter Alex Williams, who went 5 1/3 innings to pick up the victory. He moved his record to 5-2, while Jacob Palisch went the rest of the way to notch the save.

"We came out ready to roll," Williams said. "I think in Game 1 we were just happy to be here."

Arizona scored two in the fourth and three in the sixth to creep within 10-5 but a four-run seventh by the Cardinal erased any hope of a Wildcats comeback. Jones highlighted the inning with his three-run blast to right, his team-leading 17th home run of the season.

"I told our guys in the dugout not to let their guard down," Esquer said. "They're probably the best offensive team in the country."

Virginia catcher was unlikely hero of CWS victory over Tennessee, and Dad was there to see it

The loss spelled the end for Arizona, which fell to Vanderbilt 7-6 in 12 innings Saturday night.

"We lost to two really good teams," Wildcats coach Jay Johnson said. "I'm proud of these guys, and it's going to be tough to say goodbye to them."

Stanford advances to an elimination game Wednesday at 6 p.m.

"We want to keep the momentum rolling," Williams said. "That's the same approach we've had all year."

Shatel: A fresh Wolfpack and good old memories combine at the CWS

How the U.S. Women’s Soccer Team trained for Tokyo heat

Families around the world cheering for Olympians

Families around the world cheering for Olympians

First time triathlete? How to stay safe in open water

First time triathlete? How to stay safe in open water

Facing future top-five MLB draft pick Jack Leiter and a Vanderbilt offense that hadn’t been blanked in two years, NC State bested both in a tense win to stay unbeaten.

One of the results of baseball's continued reliance on analytics-driven data and tactics: Pitchers are getting better at maximizing their skills. Two of the best at this will meet Tuesday.

The two losing teams on Sunday shared a common thread — they were nearly shut down offensively. When they meet Tuesday afternoon, the offenses will need to get going.

Stanford put on an offensive showcase against Arizona.