Ben Limback knows what it's like to win a regular-season men's basketball conference title for Concordia.

Limback was a player for the Bulldogs in 1996 when they last won the league title, back when they competed in the NIAC. Concordia has been in the GPAC since 2000, and with a month left in the regular season, it's in a position to win that elusive title.

"Our goal is to win the GPAC," said Limback, in his ninth season as Concordia's coach. "We have a lot of work to do, but it's something this team feels it can accomplish."

Concordia, ranked 25th in the NAIA poll, took a huge step in that direction Saturday when it completed a season sweep of No. 11 Jamestown with an 82-79 road win. That win improved the Bulldogs to 9-3 in league play, a half-game behind leader Briar Cliff. Northwestern is one game back, Morningside two back and Jamestown three back.

"All these teams are capable of rattling off a run," said Limback, whose team has the program's best 20-game record (16-4) since 2005. "(In November) I told the guys I truly believe the winner of the league could have four or five losses when it's all said and done."

Concordia is in the middle of a crucial stretch as it hosts Morningside on Wednesday and goes to Northwestern on Saturday.

Kent, a left-handed guard from Crete, once again has been the team leader​. He's started 110 of his 111 career games, averaged in double figures all four seasons and needs three points to reach 1,500. His 17.6 average this season is a career best.

"Carter Kent has been really special as of late. He's made some big plays for us down the stretch," Limback said. "He's in that rhythm. I've been really proud how he's adjusted to the different defenses thrown at him this year."

On Wednesday, Concordia tries to avenge a 79-77 December loss to Morningside. Concordia led that game by five with 2:30 left, but the Mustangs won it at the buzzer on a basket by Gretna graduate Trey Brown.​​

An introduction into your crash course of Nebraska's basketball history

Hoop-It-Up could get heated, but it brought Omaha's basketball community together

Forrest Roper built a girls basketball dynasty, but his impact was so much more

From an Olympian's shoes to Air Jordan, history of the dunk in Nebraska runs deep

Another Big Ben — Benoit — once towered for Creighton, but was he appreciated?

Tragedy kept Harry Kersenbrock, a 7-footer from Crete, from becoming a Jayhawk star

In Omaha's episodes of racial tension, only once has basketball played a major role

Bellevue's volleyball program took another step forward this fall. And once again guiding the offense was the Bruins' steady hand at setter, Olivia Galas.

A four-time All-American from Concordia and a Harlon Hill Trophy finalist from UNK are the honorary captains of The World-Herald's All-Midlands college football teams.

Coming off its best season in a decade, Wayne State stayed in-house to find its new football coach. Logan Masters has been promoted from offensive coordinator to head coach.

Concordia's game-winning play against Briar Cliff made SportsCenter last Thursday. Now the Bulldogs are hoping to carry that momentum into the GPAC tournament. 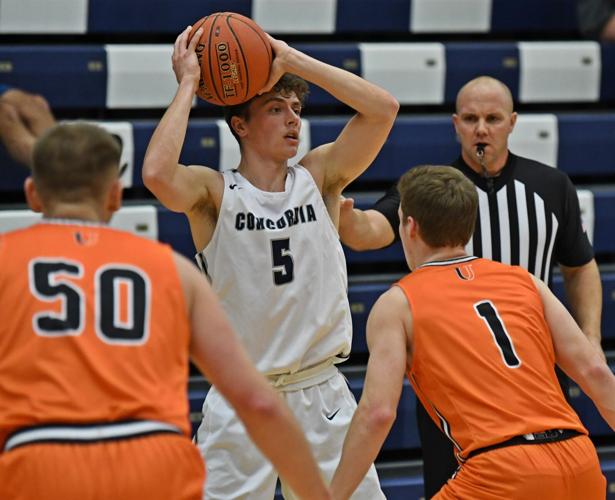 Carter Kent, a left-handed guard from Crete, has been Concordia's team leader​. He's started 110 of his 111 career games, averaged in double figures all four seasons and needs three points to reach 1,500. His 17.6 average this season is a career-best. 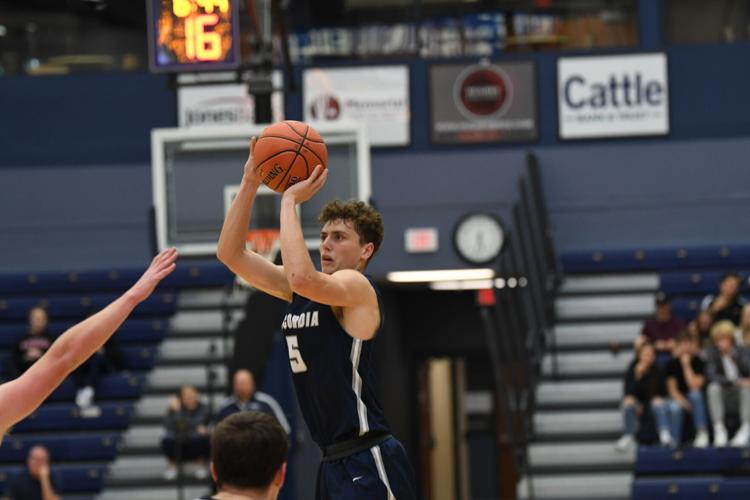 "Carter Kent has been really special as of late. He's made some big plays for us down the stretch," Concordia coach Ben Limback said. "He's in that rhythm. I've been really proud how he's adjusted to the different defenses thrown at him this year."